Obama Will Grant Clemency to Dozens of Nonviolent Drug Offenders 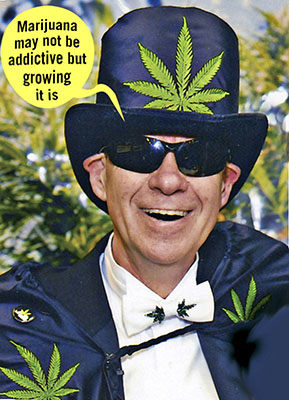 The President has said that he will issue about 80 pardons to nonviolent drug offenders in the coming weeks. Who else deserves to be set free? Maybe....all of them?

WASHINGTON — Sometime in the next few weeks, aides expect President Obama to issue orders freeing dozens of federal prisoners locked up on nonviolent drug offenses. With the stroke of his pen, he will probably commute more sentences at one time than any president has in nearly half a century.

The expansive use of his clemency power is part of a broader effort by Mr. Obama to correct what he sees as the excesses of the past, when politicians eager to be tough on crime threw away the key even for minor criminals. With many Republicans and Democrats now agreeing that the nation went too far, Mr. Obama holds the power to unlock that prison door, especially for young African-American and Hispanic men disproportionately affected.

But even as he exercises authority more assertively than any of his modern predecessors, Mr. Obama has only begun to tackle the problem he has identified. In the next weeks, the total number of commutations for Mr. Obama’s presidency may surpass 80, but more than 30,000 federal inmates have come forward in response to his administration’s call for clemency applications. A cumbersome review process has advanced only a small fraction of them. And just a small fraction of those have reached the president’s desk for a signature.

This is good news. It looks like he will concentrate on victims of "three strikes" sentencing and mandatory minimums. I mean, someone is in prison for life because he stole a pair of socks after two priors. That's some medieval shit!

Of course this isn't enough to make a real impact but its a symbolic victory.

The pardon power of the president comes directly from Article II of the Constitution: "The President...shall have Power to grant Reprieves and Pardons for Offences against the United States, except in Cases of Impeachment." It has few limits, except that the president can only pardon someone after an offense has been committed. If he could pardon someone before they committed a crime, it would mean that the president had the power to waive the laws. Of course, presidents have broken the law tons of times and gotten away with it (Nixon just got greedy and sloppy).