Politics: is there a system or philosophy you generally like and why?

I'm interested in the breakdown of political feeling in here generally. I personally am an anarchist, I like syndicalism as a revolutionary strategy. As a teenager I was always disillusioned with the state of US politics, and the state of the world that had arose from the actions of the US empire throughout the world. I read more and that disillusionment only ever got stronger. When I was  about 13 I started reading what little Marx i could get my hands on (printing the communist manifesto on my middle school library printers) and I liked the description of the proletariat, downtrodden through history, through countless different political and economic systems, eventually always comes to a point of revolutionary change. Well I grew up and read more, experienced more, and gradually became aware that the state was not and never would be acting in my interests. I realized further that the apparatus of the state exists solely for domination, domination of one class over another through violent force. I realized the only way to break this cycle of classes dominating one another, is to remove the mechanism by which they domination happens. Smash the state and capital no longer has a strong arm with which to bludgeon workers, smash capitalism, and we can finally live free from the systemic exploitation that keeps the vast majority of humans in desperate poverty, without an avenue for escape.

I'll leave links for some of the reading materials that have been formative for me, I'd love to hear everyone else's story.

All systems will likely fail, as the thesis of power is generally the antithesis of that which power does.   With every human who finds his/her way out of the power relationships inherent in the varied systematized power structures, the closer we come to self rule, but even the anarchist must accept what he/she cannot change at a given moment.   Be an anarchist, but keep that generally to yourself.

Ultimately, the answers to questions of governance must be of a spiritual nature.   It's one thing to not be ruled, but another, if the only way there is thought to be by being the ruler.   This would change nothing.   I firmly believe that capitalism can be overcome, but not ever by a consensus among capitalists.

There are conceivable technologies which could render capitalism obsolete, and these would be forms of free energy.  The capitalists cannot easily conceive of having free energy as their game (which is what capitalism really is) would not allow it.   The stories are many of how even efficient energy has been denied us, not to mention the crushing of Tesla by JP Morgan.

So, capitalism, as we have it, is just the result of bad sportsmanship.  It's the game of Monopoly where the forces who own Boardwalk and Park Place (and pretty much everything else on the board, including Free Parking) have hired the cops to make sure no one can quit the game.  It galls them so, that $200 for just Passing Go crap, even the Lubertarians.

(You know, the oil men who pulled themselves up by their own bootstraps.)

True freedom is in one's spiritual position, the result of self realization.  When enough people are truly free, in their own consciousness, the urge for power over will begin to lose weight.   Being good anarchists, we will not make unjust demands on our fellows.    Don't look to any system, for they all will take on a life of their own when acquiring and maintaining power becomes their issue.

I need to get a phone with a bigger keyboard or go on a serious diet to make my fingers skinny. Lubertarian lol

I'm Canadian, and I'm basically liberal I suppose.  Our federal Liberal party seems to be much kinder and gentler than the authoritarian Conservatives they replaced.  As someone on Topia recently quoted. "If voting made any difference they wouldn't let us do it".  I think capitalism and trade make life much more pleasant than it would otherwise be.  We live in a wonderful time and place in many ways.

Okay, we have this two party lock-out set up, and as long as it's there protecting itself from any practical threats it can see coming, we are forever fucked.  It's like, the Two Parties, can't live with 'em, can't live with 'em.  Fucked, and fucked.  So, we have to see what stands in the way, and see if there is a way around it.  How we gonna do that?  Some folks are working on it, so let's listen to what they have to say.

Here is a link to a four part playlist on YouTube (total about an hour):  https://www.youtube....knE-LEt3RZW4Gnq

I don't like any political system or party. I think we need to get rid of political parties, then
maybe things will improve for all.

I do believe in freedom.

I don't like any political system or party. I think we need to get rid of political parties, then maybe things will improve for all.

Is there any way we can do it in one step?

Is it: We hang together, or we hang separately? *

To avoid any awkward misinterpretations of an avowed political stance I just say that I've declared myself to be an "autonomous region" and leave it at that.

Libertarian of the Rothbard and Von Mises variety

One has to be careful with labels these days. Many of the "libertarian" think tanks etc these days have been bought and paid for by the neocons and progressives but they keep the label of being "libertarian". They are as "libertarian as Mao or Che.

I feel bad for anybody still wed to either of the Big 2 Parties. I mean, how gullible can one be?.......

Systems/philosophies tend to distort thinking, leading to more focus on labels than issues.  And I've found very few people who are consistent in their claimed systems/philosophies...or define them so vaguely that just about any kind of behavior/system can be rationalized to "fit" them.  Better to focus on individual issues, explore/learn about the various arguments/considerations on all sides, and then reach an informed decision applying your own values/priorities.

Systems/philosophies tend to distort thinking, leading to more focus on labels than issues.  And I've found very few people who are consistent in their claimed systems/philosophies...or define them so vaguely that just about any kind of behavior/system can be rationalized to "fit" them.  Better to focus on individual issues, explore/learn about the various arguments/considerations on all sides, and then reach an informed decision applying your own values/priorities.

Philosophy literally means, "love of wisdom."  From wikipedia: "the study of general and fundamental problems concerning matters such as existence, knowledge, values, reason, mind and language." In other words, the study of some of the most fundamental aspects of human life.

Systems are built on philosophies which is why it's important to have a "sound" one. What is sound, of course, is n the eye of the beholder.

Better to focus on individual issues, explore/learn about the various arguments/considerations on all sides, and then reach an informed decision applying your own values/priorities.

will be far more successful if circumstances allow one to have, at least, a basic understanding of philosophy.

Though I agree that few people are consistent in their so-called philosophies it is due to a lack of understanding of them, not in spite of that understanding. It is not the only foundation for "right" living, but it is an important one, imo. Which, as you alluded to, is not to say that all philosophies lead to such living.

It all seems to become moving targets when seen within a living environment.  Definition seems a misleading word in itself.  Love and Wisdom; nail these down for a microsecond.

Let's have an anarchy of realized beings.   No systematization required, or possible.  We're on our own, in it together.

So that's it right there..........I believe in self disciplined liberty

I also believe that the assholes in this world will never let that happen....so they require a kick in the teeth from time to time... 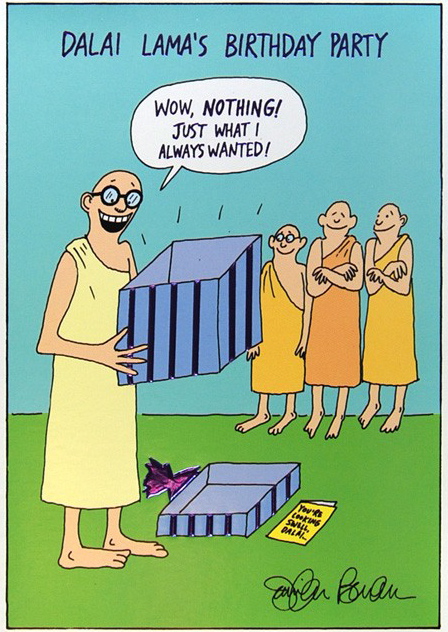 Anything you're willing to earn. That's the beauty of it.

My criticism of capitalism is its blinding nature by which it has the power to make so many of us shit on this material reality in a quest for its symbolic tokens.

I don't call people materialist, because they have no respect for the stuff.

that's misuse of a good thing. like anything else on this planet, nothing is respected all and anything will be misused by some - especially if they aren't spanked when they misuse or abuse a good thing

IMHO capitalism, in its' pure form, is benign AND beneficial to any who care to participate.

and that will apply to any "system"

I'd bet a hundred U.S. dollars the Buddhist corners of the world have their thieves and corrupted government types who will loudly proclaim their faith and practice .

Not picking on Buddhism btw. Seems to me the antipode of capitalism so it's as good an example as any.