I Get My News From Stand-Up Comedians

South Park has a hell of a way of shedding light on current events.

South Park has a hell of a way of shedding light on current events.

One of the very few things I miss from killing my satellite teevee. 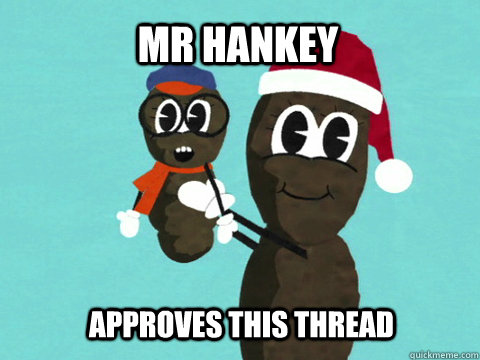 By the way Alder, how do you get your pictures to post large?

Well, Mr. Hankey has an honored place in one of my galleries here (among other important South Park-O-belia).

Any pic from a Mycotopia gallery will post large with just the image location,using the "Image" button in the tool bar.  If you are uploading an image on your computer to a thread, like your reptilian offering, you will have to post it in thumbnail form initially, then click on it and select, "Save," which opens it in another tab.   Then right click on that image and select, "Copy image location."  Shut that tab and hit Edit and post it with the "Image" button in the tool bar.   At least that's how TVCasualty told me to do it when I asked the same question. 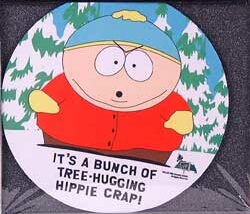 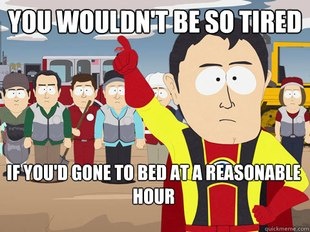 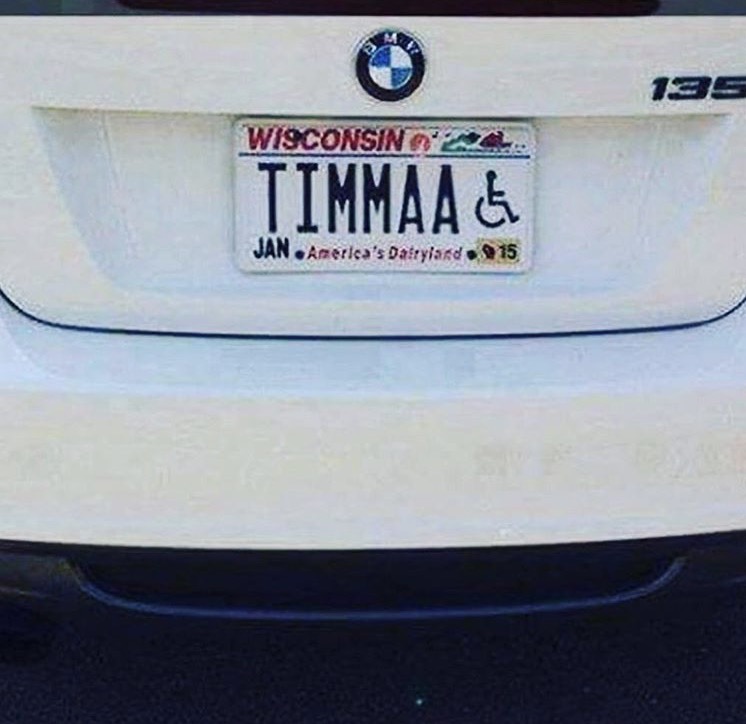 The systemic problem with policing in a police state:

Yep, that was the problem the WATER PROTECTORS had.

Cops were too gentil with their flash/bang granades, water cannons, etc...

I weep for our country... But ol' Ben Franklin warned us ten minutes after him and his buds signed the final draft of the Constitution.

"What kind of government did you give us?"

A republic no more.

The oligarchs aren't any smarter or dumber than anyone else.    Over time they just learn they have the advantage and slowly figure ever more ways to apply it.

Trump knows the cops are there to protect his class from the rabble, not to catch him cheating his peers and everyone else.

I weep for our country... But ol' Ben Franklin warned us ten minutes after him and his buds signed the final draft of the Constitution.

"What kind of government did you give us?"

A republic no more.

Is the DNC actually waking up?

Curiously, YouTube failed to add these two new Jimmy Dore uploads to the suggested column.   Could it have been something about the content?

Jimmy Dore appears to be the upcoming "Rush Limbaugh" of the left.

What's interesting is that conservative folks on the right say exactly the same thing about the Republicans.

Seems like there is only one party: the RepubDemoDonerIcanIcrats.

Well, I have to say it is hard to hear those two names in the same sentence.

I've never heard of Jimmy Dore and have pretty much been skirting politics since I saw the corrupt DNC bury Bernie Sanders' chances, but going to have to give Jimmy a listen. To be honest, I have pretty much lost hope anything will be done outside of a revolution.

Well, I have to say it is hard to hear those two names in the same sentence.

Yes Alder, but you see what's happening... finally! Both the "left", the "right", and the "middle" Americans are starting to understand that neither political "side" is for "The People" of these United States.

They are starting to see that the doner class play both sides against the middle. We the people in the middle.

This is the same common ground between "We the People" that there was when King Henry was basically doing the same sorts of things.

Any "Revolution" that has a ghost of a chance of succeeding will require both sides of the "Culteral isle". Just as the first Revolution did. And only about ten percent participated in that one.

That's the absolute beauty and genius of the Constitution. It was written for all people, and it's basis is within the One Law.

"You have the right to do whatever you desire so long as you never abrogate the rights of anyone else to the same."

That is the only religious principal I hold to.

Understanding this, we can easily see that those in Washington do not abide by this. They think they are actually better than the people they pretend to represent.

And if course the system has been rigged (Trump is right about that, but not the way he meant.) such that only those who represent the money interests of large doners are ever represented. Trump was able to play the game because he is an large doner!

Sanders lost because he was outplayed by Hillary and the gang. She may have sucked as a candidate, but as a bloodthirsty cloak and dagger gamesman, not many better!

But make no mistake, this is a rich persons blood sport. And we get to be pawns... If we allow it.

That was how it worked in the colonies too.

"Your right to hit me stops where my nose begins."

"Your right to hit me stops where my nose begins."

Well, with my shitty DSL from CenturyLink, I am getting my news from nowhere.   It's taking 30 minutes to watch a five minute video at 144 bps.  I pay over $90 for phone and internet every month, and half my calls are to neighbors to ask if they have internet.    It looks like I may have no way in here soon.  I didn't for the past 12 hours, and now, in the early morning hours, I can barely load a page.   I guess this is what the end of net neutrality looks like.

Been nice knowin' ya.

I was paying that high-dollar phone bill myself until I decided to dump the phone and keep the dsl service. $36 dollars a month for dsl. But I no longer have a land-line telephone.

Just throwing that out there Alder.

I, too, noticed some weird goings-on with the service lately but I live in a big enough area that they cannot ignore the complaints.

I know it sucks but it's the squeaky wheel which gets the grease.