I think that once I caught what nationalism mostly seemed to be, I was more interested in other things.  For what nationalism offered, I already had sports teams to love and hate.   It seems to be about the same.   Go Temple City High School Rams!     Such social programming took care of those kinds of yayas for me.    Ditching the teevee, and I forget to care mostly.    Going to Vietnam taught me I was being lied to in order to be sure I would do what I was told, even if it was as distasteful as killing people I didn't know.   I didn't like that about nationalism.  Sports is not as bad as war, but I see how one is applied to boost up the other.

Ben macAdoo is in WAY over his head.

Sent from my LGLS992 using Tapatalk

We won that's all that matter's, how bout them cowboy's lol Woop!

Sports is not as bad as war, but I see how one is applied to boost up the other.

We have the most eccentric fans...

Welp Dallas lost this one...3 interception's jesus we got wooped, onto the next game Go Blue!

This weekend Dallas @ Cardinals in Phoenix, not to far from me. We have a long time family friend that gave my Mother and Step Father ( He is a fanatic and has around $30,000 in memorabilia, gifts, coats, 1st editions  like lithographs, coins autographs from the good days 90's Aikman, Emmit, Sanders and rookie card's his man cave, on the walls is nothing but Dallas Dallas and some star wars he managed to fit) the tickets and seating isn't bad either. I wish I had the chance to go just for the sake of watching a live football game of professionals, I played in High School (Line Backer 2nd string and Safety) I barley knew how to play but was great at hurting people and protecting my QB... I actually fractured number 72's hip bone ha ha it was my "Long Distance" girl friend at the time, school Calvary Chapel, we won too just snapped my right thumb above the joint, thinking it was dislocated I was pulling and jamming it into the socket....just made it worse, ended up in a elbow high cast and (loosing virginity, long sorry). Sorry to derail here folk's, ADD and ADHD are killin' right now (No medication taken, Adderall is the devil...lol it's nice for extra energy and makes me sleep like a baby but it makes me have a dark, cloudy, guilty feeling... I can't explain it so I use Buddha) so yea my parents are going to see the game this weekend and I hope we don't choke, I hear the cards are good this year.

Just thought I'd give some thread love and what's up on my end as a cowboys fan, Peace & Pins

Go Cowboys! we moped up the cards! keep pounding.

Curiously, since Kaepernick and protest over systemic racism seems so central at this time, I just saw Remember the Titans for my first time.   I had no idea what a great movie I was missing.   It was a start, but so far yet to go.   I remember those days as a newly christened hippie, learning about walking down the street with long hair.   It was a social affront to the cops.    I never had to worry about my racial profile.

Curiously, since Kaepernick and protest over systemic racism seems so central at this time, I just saw Remember the Titans for my first time.   I had no idea what a great movie I was missing.   It was a start, but so far yet to go.   I remember those days as a newly christened hippie, learning about walking down the street with long hair.   It was a social affront to the cops.    I never had to worry about my racial profile.

One of my favorite people of all time, they also happened to name the trophy after him:

Racism was so much better when it was politically correct.

I fucking hate the Cowboyz!

When I see Cowboyz fans in places that are away from the biggest state in Dumbfuckistan, it just makes me shake my head.

I like your witty sense of humor.....but don;t hate 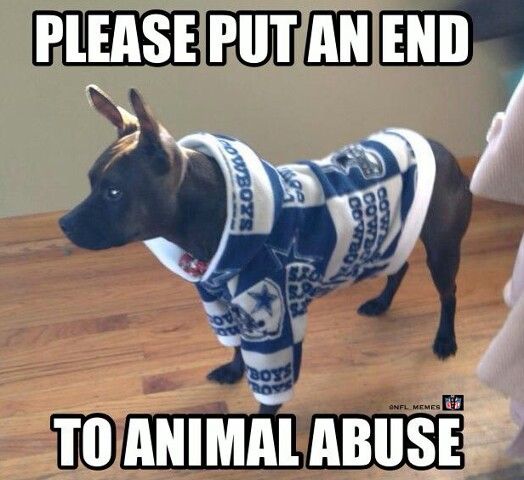 Searching on, "NFL ratings down," I stumbled upon this, posted two days ago in, The Sporting News:

[While I rarely read articles this long, and not knowing anything of the author, I found this reading continued to reward my dyslexic effort as I went on, feeling with the payoff at the end, that I would love to sit and converse with this thoughtful man with his penetrating intellect.   And as a side note, I dumped the NFL mostly because I dumped DirecTV -- now people are dumping DirecTV because they are dumping the NFL.   To think much of this would not be happening if the cops weren't racially profiling the distribution of their systemicly pathological behaviors.]

WHO DO YOU CHEER FOR?
Take a step back from polarizing sound bites over the protests during the national anthem.

Kaepernick understands the system will never allow for individuals to function independently. The player who chooses to stand out has already ended his career.

Much like the way I will likely end mine.

There is power in numbers, but there’s a deeper truth in isolation. Kaepernick didn’t want money, and he didn’t want backup from any of us players. It was this exact anchoring in isolation that has allowed Colin's truth to be illuminated in the face of doubt — from critics, detractors and even from his fellow colleagues and NFL alumni who still might not fully understand what it takes to develop your own voice.

Jared Odrick, an NFL free-agent defensive end. He has played for the Dolphins and Jaguars.