The upcoming eclipse on January 31 is a very uncommon combination. A Blue moon, the 2nd full in a month, a Supermoon at one of the closest to Earth at full in a while, and combined with a total Lunar Eclipse.

The energy is quite strong already, and there are many positive energies comming for this Eclipse. The supermoon energy will be high, and the eclipse brings opportunity to restart and close what has been unproductive or negative, and begin new courses. There is a wave of change coming this year. This can unbalance and throw you off for a while. Embrace the change and positive will grow from it. We all know fighting change is a useless endeavour. I encourage everyone to self examine, discard what is working against you, and fuel the positive transformation that can be started with the flood of this most powerful moon energy.

The attached newsletter is for some additional history and inspiration.

Love to you all We have a rare magical Blue Moon coming on the 31st!  There will be a total lunar eclipse on the night of the Full Blue Moon as well as it being a Super Blood Moon! Is that not incredible?

With the Earth in between the Sun and the Moon, sunlight has to pass through the Earth's atmosphere, which scatters the green to violet light more than it scatters the red light. So the Moon appears red - a blood moon.

Great fortune is going to be abundant during this special full Moon and the lunar eclipse.  The energy that has been pouring out this month has been incredibly strong and this Full Moon will be so important for you and what's going on in 2018.

The Blue Moon is shrouded in mystery, magic and folklore, perhaps because it only appears once every 2.7 years. The very term “blue moon” is over 400 years old when Shakespeare first wrote the words “blue moon” to mean rare or absurd. The rarity of a full moon appearing twice in one month, or a third full moon appearing in an astronomical season with four full moons versus the normal three, must have inspired the great playwright to coin the term.

The term ‘once in a blue Moon’ means that that something is very rare. But just how rare, depends on your definition.

The Blue Moon has been considered fortunate, something to celebrate, and a perfect time to start a long-term goal or make plans for the future.  This Blue Moon occurring at the beginning of the year marks a year of tremendous positive growth in your personal life.

The Blue Moon is usually prime time for rituals, ceremonies, and protection. It’s also a good time to perform ceremonies to attract a new job, healings, love, legal undertakings, money and dreams. Whether you can see the Full Blue Moon or not remember the gentle power of the Moon is still penetrating our spirits.  So do whatever you feel is sacred to you on this special night.  Feel free to howl at the Blue Moon inside your home.

HEIGHTENED EMOTIONS: Right now the Moon is at its closest approach to Earth all Month. Can you feel it? Have you noticed you are picking on little things for no good reason, having very random thoughts or other people seem to be having a go at you? Be aware that we are being influenced by the cosmic weather.

So if you are a little agitated right now, let it pass without lashing out at someone or something you will later feel sadness over. Stay in your own space over the next 24 hours of the Blue Moon and contemplate the bigger picture of your life.

So if you are looking to improve your luck or to finish a long-term goal, this is the time to get things done!  This full moon is a lucky one and the beginning of a great new journey for yourself.

With a total lunar eclipse in particular, the blotting out of the Moon represents a resetting of your emotions, clearing away the emotional baggage of the previous six months. Like a regular full moon only stronger, a lunar eclipse focuses your attention on intimate relationships, your home and your family. A total lunar eclipse has an even strong influence on your private life. Sun opposite Moon qualities of emotions and instincts reach their peak at a lunar eclipse. This lets you take an objective and balanced look at your close relationships. Because you will be in touch with your own needs and intentions, you will clearly see any relationship imbalances causing disharmony.

Native Americans drew constellations, created a mythology around the stars and built structures in alignment with the sky long before Europeans arrived on American shores.

Like other groups, they tracked the motions of the Sun to help them decide when to plant crops, move their camps, or stage sacred rituals.

Their stories contained explanations of the constellations they saw as patterns of bright stars, meteor showers, the Northern Lights, and saw in what we call the Milky Way a pathway to the afterlife.

Some tribes built great circles of stones to help them predict the changing seasons, or ceremonial sites and mounds of earth in alignment with the Sun and stars and to reflect the patterns they saw in the heavens.

A Blue Moon is rare and if you are finding yourself at a crossroads in life, now would be the perfect time to get spiritual advice to help you on your path.

The energies that are lining up for this rare Blue Moon, Eclipse and Supermoon are going to be astounding therefore it makes perfect sense to find out what is ahead for you in 2018.  This Special Reading could be the most important one you get this year as this is about the direction your life path is taking you.

Awesome! Pity that it brings out the lunatic in a lot of desert dwellers though. Insanity runs high during full moons here.

The lunacy is not confined to desert dwellers either. This is the effect of the peak energy flow from all full moons on all those everywhere who have no awareness of the positive potential.

And also on the "animals", who feel the energy surge, but do not have a comprehension or care of the potential's of any contributions to the mass consciousness.....

When you howl it should be a release, joyous.

Howling always makes me happy! I tried to like your post, but alas, I am all out of them today..

Funny that they used a graphic of a solar eclipse (we had that just five months ago).

This is the third super moon in a row.

Next month has no full moon at all.  How often does that happen, eh?

Howling always makes me happy! I tried to like your post, but alas, I am all out of them today..

You have the one I just gave you.

I have always liked that song. Representative of much simpler times.

Are you kidding me, One? You know you can always get another like out of me ;)

Every cloud is gone from the sky, and the moon is huge, bright, and streaming energy. I cleansed and prepared my circle earlier, and have anticipation of a simple ritual of letting go of any residual negatives, and beginning a fresh start on many of my plans and changes, to release during the totality, and restart as the moon re-emerges.

Hope you all enjoy in your own way. 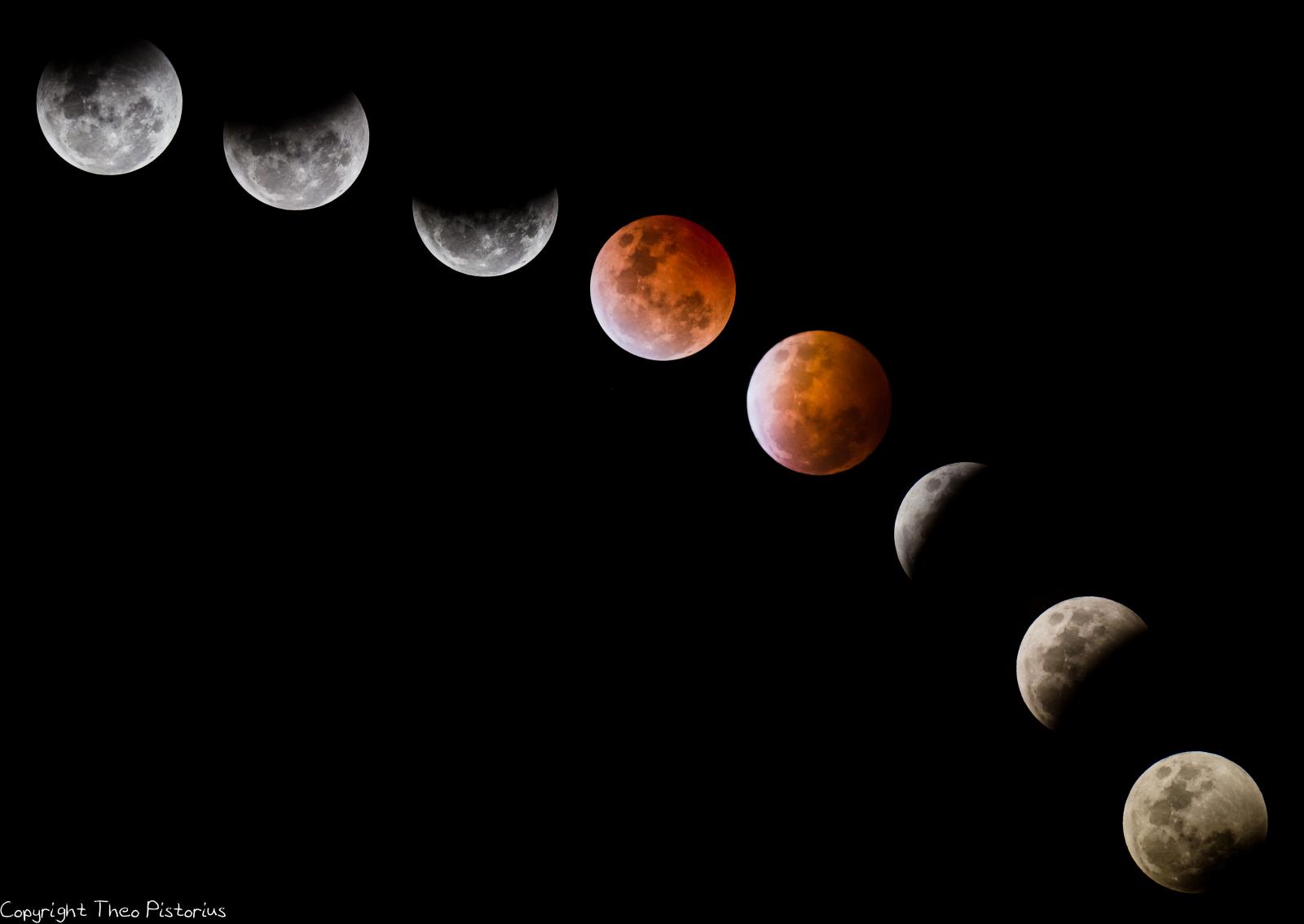 Are you kidding me, One? You know you can always get another like out of me ;)

When I was in kindergarten, I was going to marry that man lol.

we are in between rain showers but the moon is out right now, soak up some energy while i can before it starts to rain again.

Sun rising now, and the moon has returned to half lit and slipping behind the mountain. A most excellent copper color this time. I burned my list of things to let go during totality, and welcomed the new change as the light re- emerged.

Hope all who could see this enjoyed !