In the first question I am talking about orbits, or crashing into earth, or skipping off into outer space, and one of those scenarios will definitely happen depending on the speed of an object. If the object does not have enough speed it will crash into earth. If that action was produced by an electric force I would think the change in trajectory would be a right angle to earth but if the change is due to a weaker force produced by gravity the angle of decent would be more curved. If the speed is too fast the object may be caught by the attraction for a minute but then it breaks free and continues out into space with a changed trajectory. I could be way off but it would seem that the change in trajectory produced by an electric force would be at a sharp angle. I don't know I feel like I'm rambling lol. Any way that's it. I hope I made it a little more clear.

Much of interest today.   Shit's getting electricker and electricker.   Check out the Plasma Universe part of this:

I still am having a hard time seeing what you are seeing, dial8,   You seem to be imagining (not meant in any pejorative sense here) an idea of two forces, one of the nature of classical gravity, and one of your idea of what an electric attractive force might be (and whether you are thinking magnetic or electrostatic, I can't say).

My postulate is that what is called gravity is actually electrostatic force.  Only one force, but not a unipolar force, as we might see classical gravity.  What we see as gravity affecting mass and matter, in the way of material objects being accelerated thereby (and don't waste any math on me, as I don't really read or speak that language -- I am just a dummy high school dropout with some mechanical and three dimensional skills and intelligence), the empirical data will hold, whatever the source of the attractive forces.  Matter or mass does have its inertia.   Just because the accelerating force might be electrical, a mass at rest would still tend to remain at rest, and would not, could not, reach terminal velocity instantaneously, at least as I would imagine it.

The reason an observed UFO/flying saucer might be seen to make right angle and nearly instantaneous accelerations, decelerations, and/or turns, would be because it is self-contained within its own electro-attractive/repulsive field, and its mass insulated from extraneous fields, as from a nearby planet.  The fields would be interacting at distance from both field sources, and the UFO or planet each remain at the center of their own field.  So, to the pilot of the saucer, a right angle turn has no relative effect on the field nearer its source, and at the control console, the pilot's coffee doesn't so much as slosh in its cup.   The saucer's mass is insulated from Earth's field, except that it will be repulsed, due to having a like polarity of charge, which is outwardly negative, electrically speaking.

When speaking of orbits, as you seem to be, we are talking about generally neutrally charged mass, or what I refer to as cannonball-like objects.   These will follow the empirically known rules of motion, as these will have to accelerate and/or decelerate in relation to what we might see as imaginary field lines.   Of course these lines don't really exist, but are just a way of seeing.   The cannonball has no field lines in the electric modeling, where the UFO or planet would have these, as they are each carrying charge.  So, the cannonball-like object should be able to orbit the UFO just as it could a planet.  The UFO would not be attracted into any orbit of Earth, as its field of force is of the same polarity and repulsive to Earth's field.

Here I will describe, as I have in other threads, the field configuration of a planet or saucer.   The ether vortex generated electrostatic field has its true positive pole at its heart, in its center.  The negative portion is in the centripetal whorls of the vortex or vortices.  In the case of a planetoid,  the negative pole of its charge would be in its fluid core (whether molten rock or the ethers), and probably at its maximum near the interface of the flowing fluid and the outer crust.  At the outer surface of the crust, not so much charge, as the crustal materials exhibit some electrical resistance.  (The positive pole of the field is {again} at the lowest pressure/density at the center of the vortex.)

Therefore, the force field which has been called gravity increases as we go into the Earth, and decreases as we gain altitude away from the strata of highest charge.   The fact that the source, or region of highest charge, is a spheroid, makes it appear that the force is decreasing as of the square of the radius of Earth.  So, the equation could have been written as 'd' (distance) squared, instead of 'r' (radius) squared, and the result would still be the same, as we increase or decrease distance, or altitude.   A spherical source, like the outer crust of a hollow Earth, looks exactly the same as the solid Earth model, here on the surface and above.   A magnetic field's configuration is lineal, or on a line from a north to south magnetic pole, and this is not readily comparable to the spheroidal inward/outward field configuration of an electric charge's field.

A huge problem with the attractive mass/solid nickel/iron core model is this: as one approaches the center of mass, all the planet's mass is now outward, and should be, by its classical gravitational attraction (due to mass), be pulling away from the center of mass, meaning no highly compressive forces would be there to create a core of molten metal heat, while compressed into a crystalline solid by an infinite attractive force (which is what you would get by continuing to follow the inverse square rule to the center of mass, IOW, it would, mathematically, be infinite mass at the center -- an impossibility that seems to get overlooked).  So, even under the classical view, one should expect a vacuum at the center (if only the classical scientist can give up the double-think).

If we drop the using of the cannonball for weighing the Earth, and see that so-called gravity is electric charge, there is no reason whatsoever to assume such high masses for planets and stars.  As we saw with that capacitive lifter, very little mass (or perhaps no measurable mass at all, in an energetic, motional, non-material, massless environment) is required to create force, if vortex motion is doing the job of creating the attractive electrostatic force.  Remember, this planet is a spin, within a spin, around a spin, within a spin, perhaps into near infinity.   Boggling, eh?

In the case of the saucer, the negative pole would be at or near the skin of the craft, probably of a highly conductive material.  It's positive charge would be at the center of its contained vortexial voltage generator.

Okay, need to stop and see what I have written here and edit for a while.  I am sure I have to clean it up some.  I do hope that if people read these kinds of posts of mine soon after they are posted, that they return some good time later to read them again, as I often see real problems with my wording, and even find I sometimes reverse the meaning I wish to express.   I write these things on the fly for the most part, and often what I put down initially was not what I thought I was saying.  So, check the time of the last edit, and also see if I am still shown to be in this thread, because if I am, I am probably still editing.  The editing often takes me longer than the initial writeup.

I don't know why but my computer will not let me quote or paste. Damnit that's aggravating. But yeah alder, that last paragraph at the very bottom I understand completely. I am the same way. I will proof read and find all kinds of problems. My questions were really just trying to get at the possible difference in motion or change in motion produced by the static force vs a gravitational force. And when asking those questions I was thinking of the force/s being applied to an inert body (one that cannot generate its own power). Not a space ship which can generate it's own power. No biggie I will rethink and reword to try to make my questions a little more clear.

My questions were really just trying to get at the possible difference in motion or change in motion produced by the static force vs a gravitational force.

No difference, because what I am saying is; there is NO gravitational force, or some force created by the presence of mass.  What I am saying is that Newtonian gravity is a misidentification of planetary attraction to matter, which, rather than an attribute of the presence of mass, is instead a force which is resultant of an electric potential.   All that we see in the empirical database about motion and attraction doesn't change, as to what has been observed.   Only the assumptions change about the implications of one verses the other.

I gotcha. But I am playing the devils advocate by looking at it with one eye not believing the Electro Static theories while the other eye is taking those theories into consideration. I am just trying to pit gravity against the electro static force. But I understand that, for the Electro Static theories, the observed motion and change in motion is the exact same as the observed motion and change in motion produced by what Newton called gravity. Anyway I feel I really need to do more research on the Electrical forces. This thread is really the first time I have been introduced to such a concept. To such a concept as it is applied to the Universe.

Chemytails are an interesting topic,

but this fellow is an idiot who has not even learned how optics work.

Maybe his camera has a range finder where infinity comes in well beyond 240,000 miles?

I found a cool video where a guy describes how light can create an electric field / magnetism but I can paste it or link it or grrrrrrr. What am I doing wrong?

Venus....... You cant see mercury in thia pic but its a speck in the sky to the right of Venus. 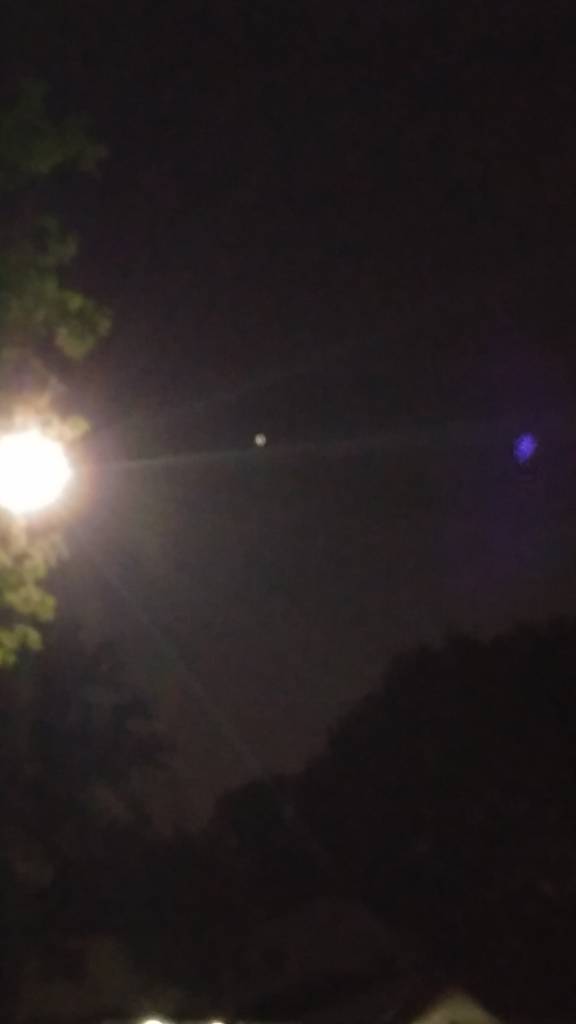 Space is being funny, it seems to be stretching instead of staying put in one place.

It is expanding much quicker then scientist once thought. They even speculate that the laws of physics need ti be rewritten for us to understand how and why. I cant wait to see what Adler has to say about this!

Space is being funny, it seems to be stretching instead of staying put in one place.

Had not heard about them before, thanks.

This place is sort of like hanging out around the keg at a party; everyone who wanders off will eventually be back, lol.

[US Marines made contact with UFO fleet in SOMALIA! February 2018] https://va.topbuzz.com/s/NcQvs

Do these top buzz links work for everyone without the app?