What series are you watching right now?


88 replies to this topic

I don't watch it, but I hear The Americans is fantastic.

The Expanse is easily one of the best scifi series ever created. It was canceled after this season but they are hoping another network picks it up.

Hope they don't cancel the Exspanse
I agree, it is an excellent series

What are you watching the expanse on? I canceled HBO until the new GOT comes out. I have Hulu, but it seems to not want to play normally, lots of glitches.

You can find it on Amazon prime video or space.ca

I watch the Exspanse on the Sci Fi channel

Goliath is back on! If you dont know about it, it stars Billy Bob Thorton and he plays a drunken (of course) washed up laywer. Season 1 was excellent and so far season 2 is alright. Both seasons have a layer of weird in them that i cant really describe. Check it out on Amazon!

How the hell have i missed this the last 4 years? Im a big fan of crime shows specifically organized crime and this has just been added to a list of my favorites. Wife and I couldn't sleep lastnight so we went on bender watching 5 episodes then seems how its Fathers Day, i was able to lay in bed most of the morning and finished the last 3 episodes and man-o-man I did not see what was coming in the end. There are 4 seasons currently and i have not checked to see if there is a 5th......if there is then it should be starting this month.

Its on Starz but there are other means to watch it such as terraria tv for android based electronics such as fire tv......however im not sure how legal it is but it has not shutdown and is fully functional unlike the Kodi app and add-ons.

Shit! I got off track. 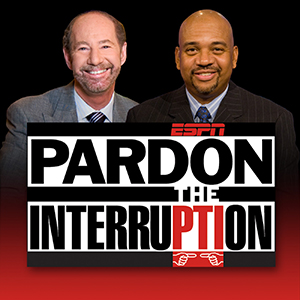 8 people, living their completely separate lives in different countries and cultures who's lives get intertwined by some kind of telepathic linkage. This helps individuals in some situations but causes problems in others. Initially none of the 8 understand what is happening to them but by E05 they are beginning to. It has sex, drugs, violence, and so on. Adult age rating for sure.

Or as Wikipedia puts it:-
https://en.m.wikipedia.org/wiki/Sense8
The story of Sense8 begins when the psychic connection of eight strangers from different cultures and parts of the world is "birthed" by a woman called Angelica, who kills herself to avoid capture by a man named "Whispers". The eight eventually discover they now form a cluster of "sensates": human beings who are mentally and emotionally linked, can sense and communicate with each other, and can share their knowledge, language, and skills.

In the first season, the eight—Capheus, Sun, Nomi, Kala, Riley, Wolfgang, Lito, and Will—are shown trying both to live their everyday lives and to figure how and why they are connected. Meanwhile, a sensate named Jonas, who was involved with Angelica, comes to their aid, while the Biologic Preservation Organization (BPO) and Whispers, a high-ranking sensate inside BPO, attempt to hunt them down.

I just discovered the Eric Andre show (it's on Adult Swim) ... I stumbled over it on youtube - freakin' hilarious.

It's like someone made a talk show specifically for people who are tripping.  Maniacal.

Skip to the 2:00 minute mark for what may be the strangest talk show moment ... ever:

Tolstoy covers it all .. life death ,love , hate , forgiveness and the interconnectedness of life.


Highly recommend! It's not a boring history lesson although I learned alot (they really don't cover Russian history in school

Hell yes! Snowfall is back on FX. Its about the 80's crack epidemic......excellent show!

Just finished West World season 2 and it was kind of disappointing to me. For those who watch this series.......how the hell can they come out with a season 3 which they announced that they would........

Ummmmmmm has anyone seen Maniac yet on Netflix? I watched 1 episode last night before bed and it is so freaking trippy. Grab your Lucy before watching!!!

Anything Aliens, for no particular reason. Most of them suck. First round of Ancient Aliens was good. And House, sometimes Bones.

My god, I love BoJack Horseman.

Also waiting patiently for the new Doctor... Doctor Who, that is.

I find myself resistant to new Doctors.