Freedom of Speech is Dead

Welcome to Berlin, 1940.  Freedom of speech is dead. The American idea is dead. No longer will future generations be fueled by the fires that awakened our fore fathers.  Welcome to the interwebs where speech of opposites can be censored and deleted from existence....Welcome to the future.....We welcome the ignorant and uneducated and especially those of a communist mind set.

We don't look to make a change here, but encourage Hive mentality where everyone is equal and your thoughts are not your own....

Welcome to the new paradigm my millennial fall outs, welcome to your bleak future.  Redistribution of wealth for all!!!

God help us all.

I'm pretty sure the mass exodus out of Cali has something to do with political/current events. And I'm sorry if comparing the assholes that fucked that state up to parasites hurts your butts, but truth hurts, and god knows I'm not sugar coating it.....perhaps a safe space is in store.

Just because someone said something you don't want to hear, well....wahhhh!!!cry me a fucking river....ban me, chastise me, stone me....I'm sorry, I thought this was a platform for expressing political views.  If your'e gonna censor it, why not do away with the whole thing and call your selves communist russia?  I got 3 other handles on this site so get on with the salem witch trials and go ahead and burn me.....

hold on, I don't want to go without giving proper respects......"Sieg Heil, Heil Hitler".....That's right right?, I mean you're just going along with that play book here right?

Welcome to Berlin, 1940...especially those of a communist mind set.

You may want to reread your history? It's difficult to take you seriously when you've put concepts so utterly our of context.

And now I'll ask again, from your earlier post. You conflated: Liberal/Democrat/Leftists/Maoist/Communist

Are these synonymous for you?

I ask because I'm assuming you actually have a point of view on this and aren't just looking for a loosely connected, fairly confused rant?

**sorry Juthro, I know you "liked" this when it was simpler. I kinda did too btw. Feel free to take it back ;)

Come on now brother. If you can express your ideas in a manner that is not bashing others, then I don't see any problem with you expressing them here.
There is no guarantee that everyone is going to agree with you, but non offensive content is left up for discussion in my experience on this site.

I think where your having a problem is that there is a difference between voicing your opinion, and talking smack.

@August: You deserve more likes than I've given you over the years, this one stands....

I'm sorry, but I see this as an infringement on my rights as a human, I didn't call out or point fingers at any one particular persona on the forums.....it's whatever though....just goes to show the true nature of this place.....

I wasn't spreading hate, I was simply calling out the current state of the american southwest....but that's too much I guess for anyone to handle.....

Go ahead, stick your heads back into the sand, and I will fade into the shadows......

And for you August, I will refer you to a Dr. Jordan Peterson for more answers on my views of a democrat/liberal being a modern day Maoist.....Lots of people gonna die for those liberal beliefs here in the near future...

I'm sorry, but I see this as an infringement on my rights as a human,

And for you August, I will refer you to a Dr. Jordan Peterson for more answers on my views of a democrat/liberal being a modern day Maoist.....Lots of people gonna die for those liberal beliefs here in the near future...

I'm pretty familiar with Peterson. He's far more nuanced (let alone knowing the difference between a Nazi and a communist)  and on-point, for lack of a better term, than I've seen you be in these last several posts - no offense. Imo, I don't believe he'd agree with your interpretation of his work. At least in the way you've represented it here.

I know psychologizing other people is pretty lame but, it seems like people who continuously say this, in the context that you've said it in, are typically the ones coming off as having a hard time handling whatever it is they're accusing others about. Seems to be a trend.

Your freedom of speech is welcomed somewhere. The behavior and intent behind the recent topics is not welcomed here no matter how you word it and justify it. I'm sure you can find a more appropriate place that will entertain your current intent that you can't seem to to let go of. Take a break for a bit, try and reflect on how this behavior can be perceived as troll like. Decide if you want to come back with a more likeminded tone to the community. These current and recent topics do not align with the vibe we cultivate here.

The door is open. You are welcome to see yourself out, just as you were welcome to enter. I am sure the shroomery will tolerate the negativity. I see enough in everyday life. I don't want to see it here. Thank you for locking that other thread Mikey.

Maybe a discussion of the increasing polarisation in politics and other areas might be useful... but that's not what I am seeing here.

Hip was clear that this site is not a democracy and you don't have the right to do and say whatever you want here.

Lots of people gonna die for those liberal beliefs here in the near future...

This is another line crossed.  Give it a rest.

The freedom to spew venom across the these pages was never, and is not now a "right" of anyone here in these halls.

All I can take away from this, is an illustration of one person's deep set internal conflict with the current status quo, and wonder how in the world this country can find a middle ground?

I find no comfort zone in either polarized opposite, or regurgitating of the spoon fed talking points of extremism. In any event I can have all that from the nightly news. Here I expect a much higher standard of communication, and a goal of understanding and expanding my perception of what is, without trodding on anyone to gain that.

? Not sure why people tend to think because another puts an idea out and it is rejected,, that it is due to never having been exposed to that line of thought? Or "too much to handle".

I'm exposed to it every day.. living in redneckville.  But over time i have got to know some people, and when people get to know one another and respect something about the other, then it is easier to dialogue based on found common ground.   I get where their anger is coming from, with what happened with the packing houses after an influx of people who will accept a low wage, etc etc.  I get that anger, when the situation has turned dire for the community turns to a lot of blame.   I also have friends elsewhere who blame usa also for every woe in the world.  But when we point fingers it negates personal responsibility, and i have seen that over and over..

America is not an old country on the world stage.. we are young. Like an adolescent, going through these growth spurts and learning how to keep redefining ourselves while keeping basic principles. So there's struggle, anger, and all.  That's how i see it now anyway. I seen it much different before i left for awhile.

We DO have  a lot of freedom.  There are people elsewhere, their country is an open air prison..  They cannot just decide to go even visit elsewhere. Those borders are their entire paradigm. And all else they get from TV or rumor or encountering those coming in from outside.

Our passports are like Charlies Golden Ticket. Truly worth their weight in gold. The lowest status of us here is more fortunate than we know.

It's dictator rule to say if one believes this thing out of line from myself, then i can define to everyone ALL what they believe, and then pronounce sentence based on those assumptions.   We DO have freedom of speech. You can go on line, in the public "square" (so to speak), stand on your box and excercise those rights when you wish.

But go elsewhere to someone elses space and they may say "take it elsewhere", and that is life... it is not a cap on freedom.

Where i lived non freedom of speech looked like: restrictions to access many kinds of information.. and putting out a narrative that goes against the powers narrative got you picked up from your home, and sometimes no one seen them again and cannot find whatever happened to them.  So you compare apples to orangutangs.

No one here said anyone's life was in threat for beliefs but you. "Sad".

It lets me know that I am in the right place and around the right people to begin my journey. 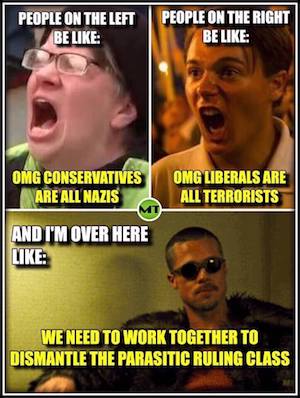