The Promise of an Internet in the Age of Corporate Control

The Internet as a planetary town square seems to have taken the powers of control somewhat by surprise.  It seems measures are being taken to avert a democratic awakening.   This waking up has a momentum, but can this be used against itself?  It seems in someone's interest to stop it at any cost.

New algorithms change the way we move through information, searches, recommendations, and definitions subtly move us away from where we thought we were going.   With a fear of Socialism so instilled in the capitalist world, we might think, of course a private corporation needn't allow free speech and thought on "their" platforms.   Artificial intelligence reads our words and decides if they are to be read, or parked up some blind alley. 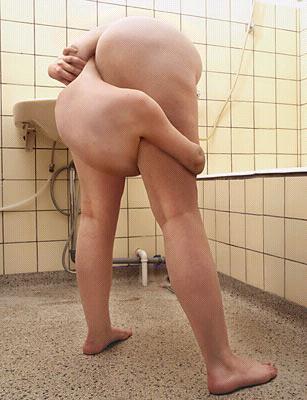 Flakebook is requiring users download an app that reports their locations to them?

Yeah triple fuck Fakebook.  I went to sign up with a fake name just so I could tap into some of the local music groups (to know what shows are coming through town when etc) and they flagged my fake name, asking me to upload my drivers license!

I just changed to another fake name and it hasn't bothered me.  I'm not interacting with anyone, but I guess any person there can report you as not being who you claim to be.

And then I hear they're trying to partner with banks to get our financial info--by offering us online banking services via FB.

I'm not a fan of any of it. As someone who works in Telecommunications, I've seen the whole "Net Neutrality" thing taking off and grow. I'm not for or against any of it. I just hate explaining it to people who have already painted a picture of what it is and have a closed off mind to learning about it. Makes me wonder what it would have been like to be a support technician in the earlier days. :) Facebook is something I turn every single setting off on because if I am not posting something for my family to see or checking something they sent me, I am simply not using it for anything else. Never was a fan of facebook either and wouldn't have an account if it wasn't for my family begging me to get one to keep in touch long distance. When the internet tries to make things tougher to understand, I just dumb down what I use it for so it doesn't become complicated.

Another Reason to Love Flakebook

The fallout of this law could mean the end of the internet for any effective organizing.   It will push us back to printing fliers and stapling posters to telephone poles, while Newspeak becomes the only electronic high speed means of spreading information.

A good disposable email app works wonders for using social media anonymously. This one is the best one that I've found so far:

It's hard to continue to be left when left media has become what we used to dislike about the right.   Now the corrupt left is learning to call itself "progressive" as a cover for being ever more corporate.  The left of MSNBC isn't left.  For fuck's sake, it's mutherfuckin' Comcast, and it pays its on-the-take mouthpieces $30,000 each working day to gaslight us back into line, should we stray too close to the facts.

Mother Jones must spin in her grave fast enough, with enough torque, to power the Eastern Seaboard with what that rag which uses her good name now spews.   So, what has been left to us is a few channels on the internet, but how now will the owners, the overlords of media, see these few channels throttled?  They are finding the algorithms to effectively herd cats.   The few seekers who already know what they're looking for are seen to be problematic, so where there is the will to steer yourself, you may still be left to do it, for now.   It's the dabblers who look to see what someone else, someone with "credentials" (meaning those who can get that $30,000 per day), who won't even see they are being steered, and likely represent the vast majority of viewers of online sources, will be those for whom this steering will be successful.

I don't agree with James Corbett about every single thing he has reported, but he scores very high on a scale of journalistic integrity, by every metric I have the means to judge.  So, this is what has me posting this newly released Corbett Report here.

The Age of Surveillance Capitalism

Here's something to chew on that fits well under this thread title:

Anyone remember this guy?