In the late 1800s and early 1900s, Cigar box art was somewhat semi-erotica in that the tobacco companies were geared towards the auto-erotica suggestion that cigars were phallic in their shapes and in the mouth and the Tobacco industry was attempting to get women to smoke cigars, as well as a few who smoked tobacco.

I cannot recall if it was George Washington or Andrew Jackson whose wife smoked a Pipe.  Or maybe it was Thomas Jefferson.

Punished by a system that also put comedian Lenny Bruce in Prison for minor suggestive pornography in a night club.

For those who do not know what he said on the eve of his arrest, he was saying on stage in a night club...,

Over and over and over. Those words, Come and Too got him locked up.  Very shameful behavior by Christian policemen who sat  in the dark in night clubs across America waiting for him to break the law,.

And very similar to the 1948 marijuana bust of actor Robert Mitchum.  Fort hose who do not recall or did not know about this bust, Actor Robert Mitchum, real estate entrepreneur Robin Ford, actress Lila Leeds and dancer Vickie Evans, who were raided for having a marijuana party going on.  Police were able to enter the home, rented by Evans and Leeds. Years later some thought that Leeds was the narc who set Mitchum up for the bust. Leeds and Evans were not charged for the marijuana joints (i believe two joints) that Mitchum had. But did serve time later for an unrelated charge.

Actor Robert Mitchum apparently had been  "targeted by the LAPD as a way to promote the department's anti-drug programs. In fact, the whole thing was strange. Ford and Mitchum had met Leeds a few weeks earlier on the beach. On August 31, Ford and Mitchum went to a house shared by Leeds and Evans to toke up -- but the cops were apparently already there waiting. They allegedly scratched at the back door to imitate Leed's dogs and when Evans opened the door, the two cops came storming in with guns drawn."

It said that Vickie answered the door and opened to find cops with guns drawn.  And there are many distorted versions. of how they came it.  Also the story that Robert Mitchum was watch by narcotics cops for two years trying to bust him. Robert had at times walked around with a joint tucked behind his ear.

This photo is from the Detroit Free Press on 2 September  1948 taken from the L.A. Times.

One of the Narcotic Offices described the house rented by Leeds and Evans as, "Ideally to be a 'reefer resort."  He went on to say, "it is perched on a hillside, with no near neighbors, and well-screened by shrubbery." (L.A. Times, Sept 2, 1948).

Here is what the Police spokesperson said that was related to the bust as presented to the public at a press conference at the jail -- conveniently set up by the cops -- Sergeant A. M. Barr revealed the true motive to the L.A. Times:"   This was sort of parodied in the movie, L. A. Confidential in a scene with Kevin Spacy and Danny De Vito,

"We're going to clean the dope and narcotics users out of Hollywood. We don't care who we have to arrest. There's a lot of 'stuff' being used in Hollywood. We have a number of important and prominent Hollywood screen personalities under surveillance. Many of the big shots, stars and other top names, do not patronize corner peddlers for fear of a shakedown. However, we have reason to believe there is an 'inside ring,' right inside the film industry, supplying a larger number of narcotics users."  What the public did not know was that that stupid conspiracy theory presented by the L. A. Police concerning Mitchum and a possible narcotics link of actors and Hollywood notables was dismissed as being Hogwash. 3 years later after Mitchum served a two-month sentence, all charges and his conviction were removed from his record.

This pot bust was disgusting At the time of the bust (1948) Robert Mitchum then became the first nationally-recognizable rich white person to ever get busted for what was at the time considered a drug of the minorities and low-class. That was sensationally huge news at the time.

I recall that those cops watch Mitchum for over two years before busting him. I could be wrong though about that fact.  However, I do remember reading the autobiography (Shirley) of actress Shelly Winters who once dated Robert Mitchum.  In a vignette in her bio,she told of an evening with Robert at the Brown Derby, a swank dinner club on Hollywood Blvd., famed for it's wall to wall art caricatures framed images of famous actors who had graced the restaurant over the years from the 30s and I think it is still there.  Tourists go there in the hopes of seeing someone famous to get a selfie with..

She and Mitchum were having dinner and he lit a joint at his table and held it under the table while he and Shirley would disappear beneath the table cloth to have a toke.  And others in the restaurant would giggle knowing what they were up too.

Sorry I got off track. but in the 1800s women generally did not drink or smoke, and those who did were often treated as being wanton women of no value or good in Christian communities.  So here I present some of these Cigar boxes from the magazine, Eros.  From a 1960s issue of what was to be only 4 issues. Took the courts over a decade to convict Ralph Ginsberg of porno charges. The first issue had the nude Marilyn Monroe calendar photos and that is what he was charged for.  Of course, Playboy number one had one of those photos of Marilyn Monroe as its centerfold.

Here are 20 images from 56 that I have in my library.  And these were also intended for woman smokers as well.  And if you noticed, a few were intended for African American cigar smokers or potential smokers. 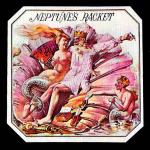 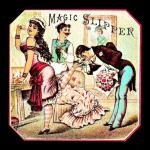 Sorry about the Pot bust but these images were also included in the Eros Mags and the Bust of their publisher, as did the pot bust of Robert Mitchum and other unjust busts by Feds and G-Men.  But the art is cool. Because these were four-color printed material the dots of color become evident in the images posted here.  These were all resized by me after I scanned the 50 something images.

My great grandmother kept her sewing stuff in a few of those lol.

Cool art, John :)   My granddad was a cigar smoker and collected boxes, but I dont remember any like these in his collection.  They are very cool, and thanks for sharing.

I hope you don't mind a little bit of a hijack of your thread MJ, but I think you'll enjoy this.

Here is another cool use of an old cigar box.  (thanks to Coop for showing me this guy a while back)

I play Cigar Box guitars, and the makers would give their eye teeth to have some of those boxes to build with. Cool post...

The cigar box guitars are cool. I have seen them.