After seeing Ramens Gummies, I decided to take a shot at an extraction version! So much credit to Ramen's Gummies thread!

Step One: ground 40-50 grams of cracker dry mushrooms to dust. I used a weed grinder, a coffee grinder would be better.

Step Four: Pour contents threw screen, I used a window screen(will allow fine Mushroom matter through) but you can also use a shirt. Be sure to press all the tea out. You should be left with a dark blue liquid, set aside.

Step Five: Take your mushroom matter and add it back to you Steeping jar, add another 120ml of boiling water. Allow to sit for 10 minutes, shake every 2 minutes.

Step Seven: Pour your 420ml of tea in to a clean quart jar, nuke for 30 seconds or until warm, do not super heat.

Step Nine: Pour contents into 1 Inch Silicone Ice cube trays. There may be some under dissolved gelatin, it probably won't dissolve, remove it.

Step Eleven: Enjoy the fruits of your labor.

I Used 42 grams myself, so each gummie is roughly .84 grams.

Store in fridge or freezer.

I have yet to eat my gummies. So hold your horses, and don't throw down 40+grams unless you can afford to lose it.

However, in theory it should be good! 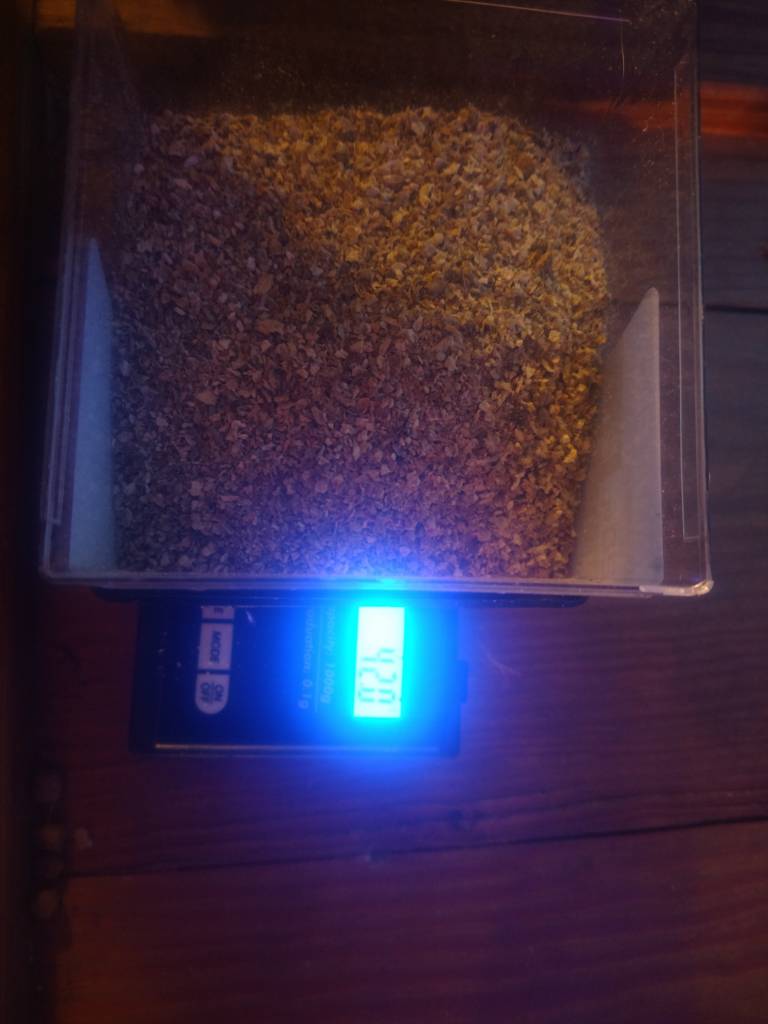 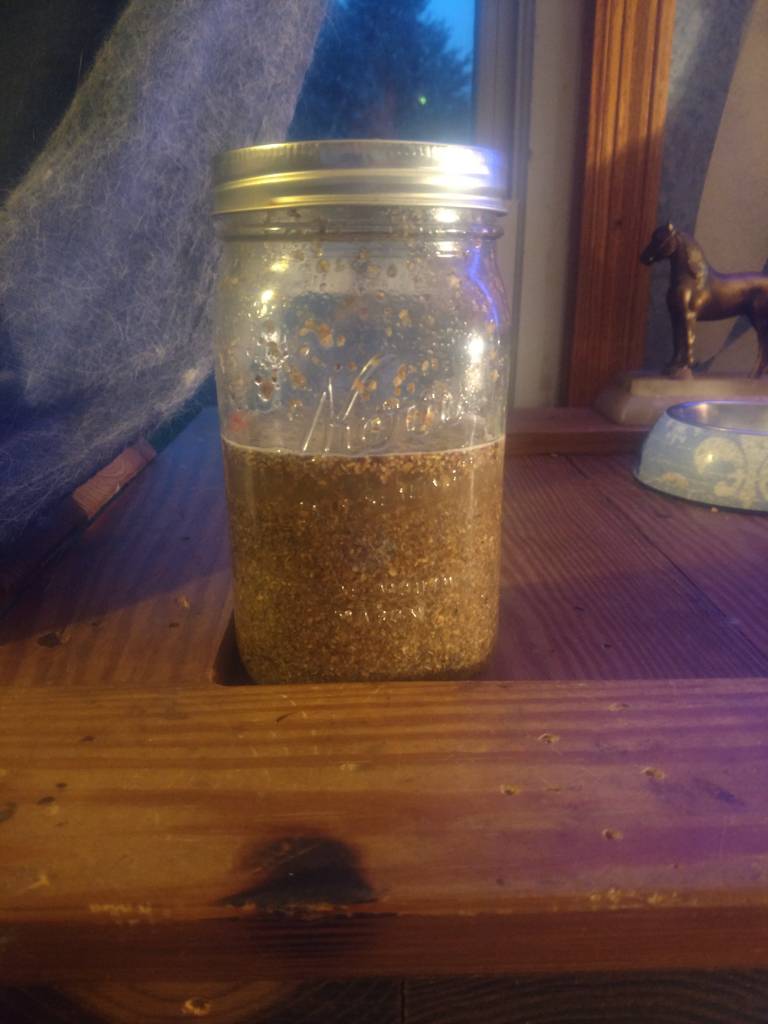 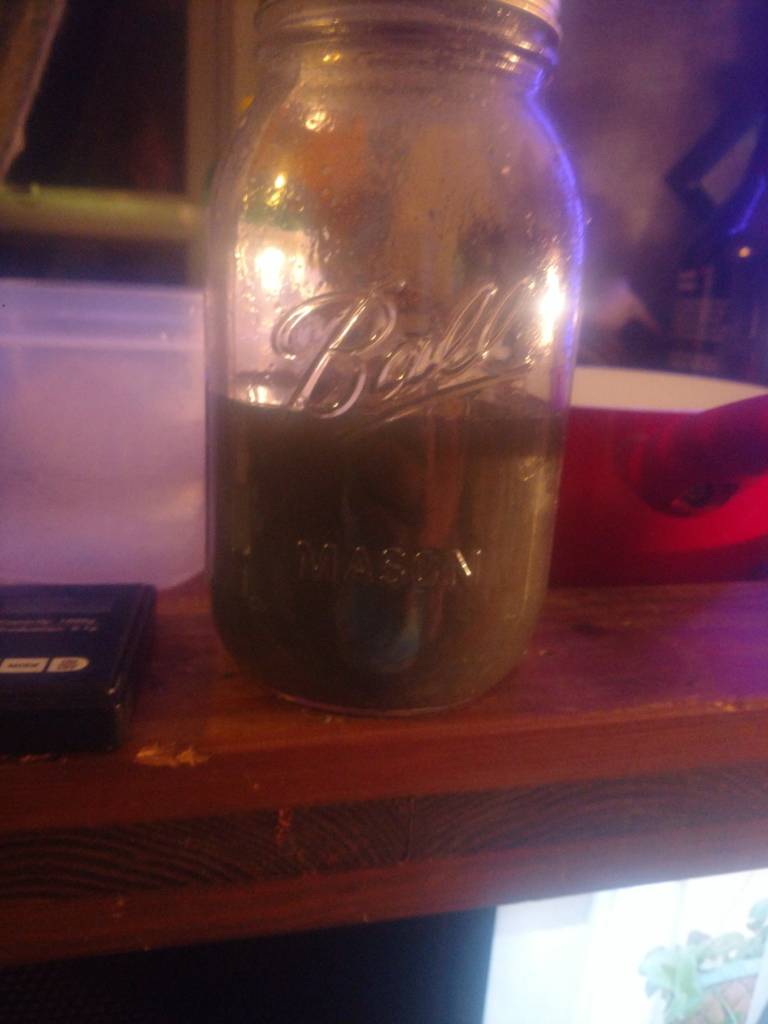 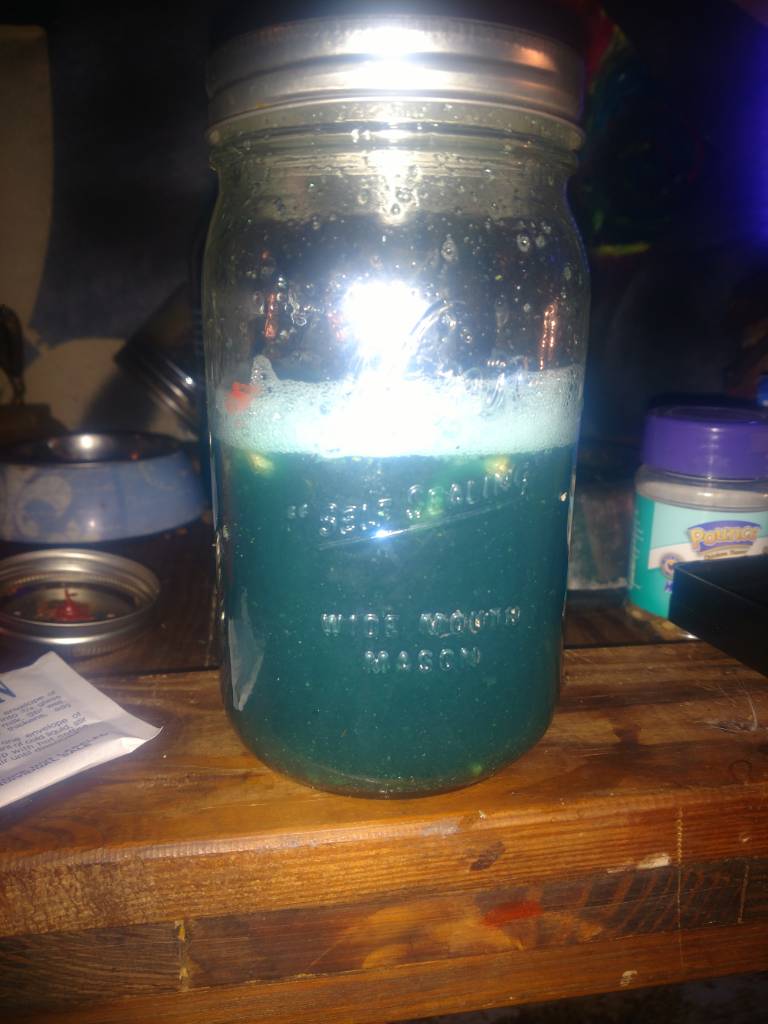 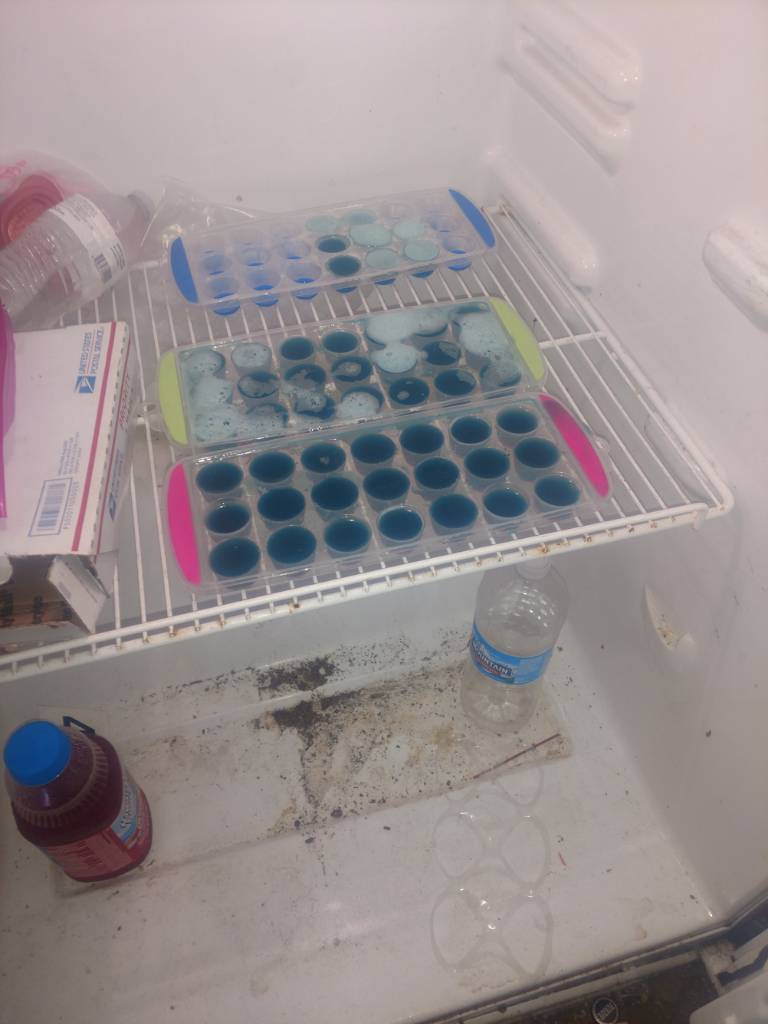 Should turn out great. I've been meaning to do jello shots with vodka and shrooms, never seem to get around to it.

I really wanted to do this with Everclear 190... But I couldn't justify the money when water is free. I'll be getting some though for my next flush so I can store tincture for future recipes.

These should fine in the freezer. Water extracts better than alcohol, alcohol preserves better. I haven't tried myself, but someone gave me recipe that does water extraction/concentration, then dilution with alcohol for the final product.

One of the other reasons I chose the water, these are for a bluegrass festival though so the extra kick from some Everclear may be pleasant for those looking for a low dose, to brighten the day. That's a cool sounding extraction, let me know how it works out when you give it a shot. Shouldnt it extract less fats giving a not just stronger but cleaner( less extras) extract, than simply using alcohol?
Also, from my understanding, the gelatin in gel tabs extends Acids life over Blotter. So I'm hoping the gelatin gets to be a bit chewier than Jello, more like fruit snacks. In theory it should protect the Psilocybin from degradation. I'll be sure to save two in the fridge, so I can give em a try a few months away. Correct me if I'm wrong this is just what I read in one article.