Thanks to stuff like this, becoming a therapist (or Psychiatrist) is likely to be a very lucrative (and secure!) career for the foreseeable future. And that's a best-case scenario.

Writer and artist James Bridle uncovers a dark, strange corner of the internet, where unknown people or groups on YouTube hack the brains of young children in return for advertising revenue. From "surprise egg" reveals and the "Finger Family Song" to algorithmically created mashups of familiar cartoon characters in violent situations, these videos exploit and terrify young minds -- and they tell us something about where our increasingly data-driven world is headed.

I find it interesting that the news sources I find credible enough to donate to have been demonetized by gaggle while baby click bait gets monetized.

The part I identified with was the question as to whether this was deliberate or consequential.

I tend to think that this stuff is consequential. -

Look at the way we construct roads and highways.

What started off as a game trail became a rutted wagon trail - which became a track. Some of those tracks are now widened to multiple lanes headed in each direction. Houses and businesses had to be relocated - eminent domain.

Every system we make - to make things better - only works for a minute or two. We never think ahead. It's like no one saw 7.5 billion of us coming.

But I ask you this:

When you compare the Internet to the Highway system - who turns their 3-year-old out into traffic to "figure things out?".

Did I just suggest internet licenses or age limits? (even though it wasn't deliberate).

Life is getting weird. I just want to know what happened to personal recognizance and/or responsibility for one's own actions???

The things he shows in that video strike me as what I guess I'd call a form of psychological cannibalism (they're mindfucking their own children in order to extract revenue from them; what could possibly go wrong?). I guess this is one of the things Tom Brown, jr. refers to when he says "We are a society that kills its Grandchildren in order to feed its children." And he started saying that a generation ago.

Of course, that assumes that the 'people' behind the phenomenon are actually human, which is debatable.

The part I identified with was the question as to whether this was deliberate or consequential.

I suspect it's a bit of both. There is definitely an Intent behind the particular videos he highlights.

Look out for those wild dog packs in the Pine Barrens.    Toss 'em a baby and start running!

We'll soon be marching to the beat of 15 billion bass-drum lugging bug-eyed monkeys. Nobel Prizes all around. They're like participant's ribbons these days!

Anyone who hasn't yet seen the movie "Idiocracy" should do so now. It was a primer on living in modern and future society.

I got your game trail right here, buddy!

I can't wait for the personal flying saucer (something I have long advocated for) to make all 27 lanes obsolete. 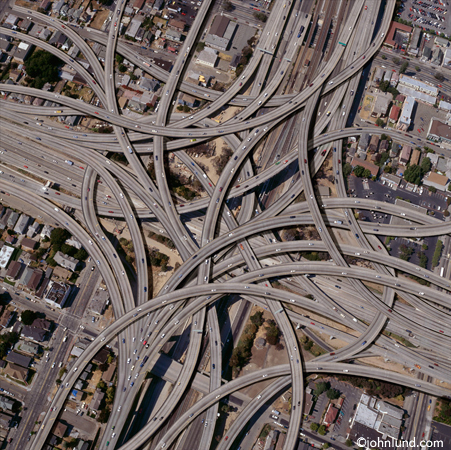 This movie always comes to mind during these types of conversations.  Its called Stupidity and if you havent seen it, please do enjoy!