A Soldier’s Tale of bravery and morality

Been seeing this under the radar for a few days.  No reporting of it in the press at all.  Colombia and Brazil (plus who?) are seemingly on the verge of attacking Venezuela.    Not good if its true.   We can bet the deep state will have weighed in on it.

An interesting take on war and sun spots from martin Armstrong

Documents Expose The Secret Lie That Started the Afghan War 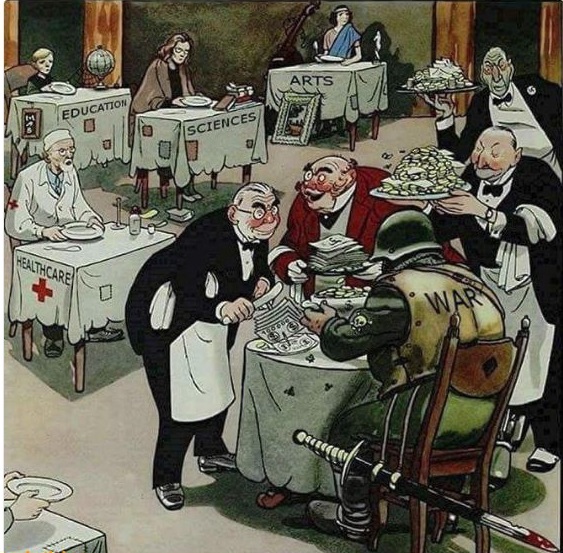 Realizing everything in our Cult(ure) is a Lie

Interesting...Jeff Berwick making an appearance on Mycotopia...wouldn't have expected this...

Man, Syria has dropped of the news' radar

Heard a mention tangentially in a story about Iran promising to wipe out the Kurdz in southeast Syria.

How can someone win the coveted Nobel Peace Prize

Part One: To Start A War

History Is Written By The Winners

For anyone who likes to learn stuff, I can wholeheartedly endorse Richard Grove's work (one of the interviewees from the WWI doc) as a forensic historian. If you want to listen to a very interesting 9/11 nugget, his "9/11 Synchronicity" is very compelling (he was late to a meeting in one of the towers that fateful day and could be considered a 9/11 whistleblower) and his whole body of work at tradedyandhope.com is trove of PhD level historiography.

We will finally be leaving Syria. There’s a plus. Now if we would kindly back out of the other not mentioned war attrition.

I saw someone wondering if these freed up troops and forces will now be off to the Ukraine.

The sun was shining on the sea, Shining with all his might:

He did his very best to make, The billows smooth and bright--
And this was odd, because it was, The middle of the night.

The moon was shining sulkily, Because she thought the sun
Had got no business to be there, After the day was done--
"It's very rude of him," she said, "To come and spoil the fun!"

The sea was wet as wet could be, The sands were dry as dry.
You could not see a cloud, because, No cloud was in the sky:
No birds were flying overhead, There were no birds to fly.

The Walrus and the Carpenter, Were walking close at hand;
They wept like anything to see, Such quantities of sand:
"If this were only cleared away", They said, "it would be grand!"

"If seven maids with seven mops, Swept it for half a year.
Do you suppose," the Walrus said, "That they could get it clear?"
"I doubt it," said the Carpenter, And shed a bitter tear.

[The Walrus scolding the Carpenter for trying to snatch the oysters so obviously.]

"O Oysters, come and walk with us!" The Walrus did beseech.
"A pleasant walk, a pleasant talk, Along the briny beach:
We cannot do with more than four, To give a hand to each."

But four young Oysters hurried up, All eager for the treat:
Their coats were brushed, their faces washed, Their shoes were clean and neat--
And this was odd, because, you know, They hadn't any feet.

Four other Oysters followed them, And yet another four;
And thick and fast they came at last, And more, and more, and more--
All hopping through the frothy waves, And scrambling to the shore.

The Walrus and the Carpenter, Walked on a mile or so,
And then they rested on a rock, Conveniently low:
And all the little Oysters stood, And waited in a row.

"The time has come," the Walrus said, "To talk of many things:
Of shoes--and ships--and sealing-wax--Of cabbages--and kings--
And why the sea is boiling hot-- And whether pigs have wings."

"But wait a bit," the Oysters cried, "Before we have our chat;
For some of us are out of breath, And all of us are fat!"
"No hurry!" said the Carpenter. They thanked him much for that.

"A loaf of bread," the Walrus said, "Is what we chiefly need:
Pepper and vinegar besides, Are very good indeed--
Now if you're ready, Oysters dear, We can begin to feed."

"But not on us!" the Oysters cried, Turning a little blue.
"After such kindness, that would be, A dismal thing to do!"
"The night is fine," the Walrus said. "Do you admire the view?

[The Walrus as he finally reveals his true agenda to the oysters.]


"It was so kind of you to come! And you are very nice!"
The Carpenter said nothing but, "Cut us another slice:
I wish you were not quite so deaf-- I've had to ask you twice!"

"It seems a shame," the Walrus said, "To play them such a trick,
After we've brought them out so far, And made them trot so quick!"
The Carpenter said nothing but, "The butter's spread too thick!"

"I weep for you," the Walrus said: "I deeply sympathize."
With sobs and tears he sorted out, Those of the largest size,
Holding his pocket-handkerchief, Before his streaming eyes.

"O Oysters," said the Carpenter, "You've had a pleasant run!
Shall we be trotting home again?'
But answer came there none--
And this was scarcely odd, because, They'd eaten every one.

"I like the Walrus best," said Alice, "because you see he was a little sorry for the poor oysters."

"He ate more than the Carpenter, though," said Tweedledee. "You see he held his handkerchief in front, so that the Carpenter couldn't count how many he took:
contrariwise."

"That was mean!" Alice said indignantly. "Then I like the Carpenter best—if he didn't eat so many as the Walrus."

"But he ate as many as he could get," said Tweedledum.

This was a puzzler. After a pause, Alice began, "Well! They were both very unpleasant characters—"

Such a perfect democracy constructs its own inconceivable foe, terrorism. Its wish is to be judged by its enemies rather than by its results. The story of terrorism is written by the state and it is therefore highly instructive. The spectating populations must certainly never know everything about terrorism, but they must always know enough to convince them that, compared with terrorism, everything else seems rather acceptable, or in any case more rational and democratic.

I just wanted to chime in that my last effective psilo session heavily involved the "endless war" phenomena.  Had many thoughts/visions of kids being killed by drone attacks in Yeman.   Prior to the DoD ceasing to report on civilian deaths/murders from drone attacks in 2017, I think that 80 - 90% of people killed in drone attacks were innocent bystanders. (https://www.theguard...rikes-kill-1147) that article's headline is "41 men targeted but 1,147 People Killed."

Seems reasonable to assert that the Arabian people (people that live on the Arabian peninsula) are entitled to a few more 9/11 attacks and they would be justified considering the U.S. has killed many multiples of innocent people in Arabia than were killed in NYC on 9/11.  Not to mention that war companies like General Dynamics are allowed to operate as for-profit corporations and actively lobby congress to start more wars.  Perhaps the best way to end human suffering is to kill all humans on earth.  If there are no humans, then there can be no human suffering.  Basic logic.

Back in my day, all the dead would be listed as Viet Cong.