So Trump himself said (and I was shocked to hear it from him) that if enough Dems win today, that he will be impeached.  Im not sure if thats true or how it will end up tonight, or even if its fair at all, but I think we should discuss it...if anyone cares to.

Im wondering if Topians will vote at all today, and roughly how many of our 20,000 bad ass army might participate in this governmental circus.  Anyone care/dare to speak on this?

I vote every chance the opportunity comes up! However I never heard His Royal Assholyness make any statement about impeachment. Probably because I live under a rock. It sure would be nice though. I sure would like to see his tax returns too. My state had prop 1 on the ballot for legalization of cannabis for adult use 21 & over today too. Anyway, the old battle ax and I have cast our votes, and look forward to the outcome later this evening.

I slipped my ballot into the box at the County Auditor's Office yesterday, feeling rather dubious, and asking another citizen there on the way out of the courthouse, "How many forests were cut down to put so much thick, full color, glossy paper in our mailboxes this season?"   Dubious at best, and I don't know who to quote for saying it first, "I don't vote, it just encourages the bastards," but ain't it the truth.   I just wrote this at another forum when someone was describing themselves politically as, "radical centrist":

When the Democrats started down the present road with the political decapitation of Henry Wallace, the center started moving right.   If the center was where it was then, I might want to be center left now.    When the corporate state expresses through a corporate media, with how many representatives of Operation Mockingbird in their midst over more than half a century of steadily shifting right into greater and greater corporate rule, and nearly everyone I can talk to sips the Kool-Aid from one or another of the six corporations' channels, am I, as the learning disordered flunky, only one of few who see this is how Fascism quietly takes the day?

Divided and ruled?  Or not?

I voted..... Then I went to the liquor store/gas station and picked up some mid grade fuel for the Subaru, and some low grade vodka for myself.  I then went to the feed store and got some straw, and feed for the our rabbits.....

After that, I went home and started a fire and made myself a drink.... But I voted damn it!!

Nashville had an Amendment 1 calling for a citizen police oversight commission that the cops spent half a $million to defeat.  The word is, it has passed overwhelmingly.   If the board has a facebook page, will it get taken down?

In retrospect, I'm not sure what any of this means.

It's not like there was a consinisis of any kind here.

it is just one side wins (barely) over the other.  It(we) are about as divided as it can get, at least mathematically speaking.

I don't see how it is going to get any better like this.  We are still a country drastically divided, no matter who wins the contest at hand.  Mostly we are so alike, yet we try to tear each other apart.  I think we are not seeing who is really pulling the strings.

I would say pray for us, but I'm pretty sure both sides are praying to the same god.  So I don't know where that will get us....?

I too voted. However, I took no pleasure in it whatsoever. In fact, I did so begrudgingly. I honestly feel that it will not make one bit of difference. We are fucked no matter what happens.

Anyone notice that the most deadly crisis in the history of this country wasn't ever even addressed on a single campaign platform? I've lost faith. I doubt if I'll ever vote again. That's pretty fucking bad. Because I guess I've been totally naive for truly believing in our system.

Diebold came to my mind too.

Then I came home and ate half a bag of pumpkin-spice trail mix the kids made at school (the dipped pretzels were the best), read some science-fiction on the couch, drank six or so beers, and literally slept through the night for the first time in over a year.

Woke up to find I'd pissed in the wind, which I knew would be the case ... I suppose some part of my brain said "maybe ... just maybe ... " but should have known better.  Even the local elections I thought had a chance were plowed under by .... whatever it is that's happening.

I'm wondering if I should start upgrading the attic and basement with bathrooms and living arrangements.  In a few years, I may be on the underground railroad for undocumented immigrants, or illegal aliens, or whatever your politics allows you to call humans from somewhere south and awful.

Either I need to vote every day, or I need to mass produce pumpkin spice trail mix, I guess.

In a few years, it'll be federal, much like same-sex marriage.

Until then, Johnny-Law will continue his field-day against plant based sanity.  Alas.

I am pretty disgusted with what is going on with the voting. Not that I think any of them are worth a crap, but we should at least keep them fucking honest. This is a crazy time right now for the US. We look like complete morons in the eyes of the world.

I'll repeat (well, sort of) a funny thing I heard somewhere once about voting: 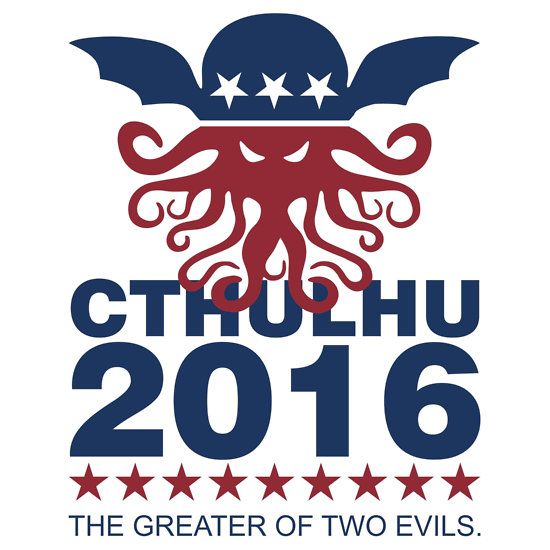