This is why I can't have nice stuff...

Yup. She was one of the most awesome cats I had, besides the mountain lion cub I rescued from an idiot that almost starved her to death. She only lived a year because of the heart damage caused by not being fed correctly.. Tink the bobcat had a hippo beanie baby that she would drop in my lap when she wanted to play fetch. Her chuffs of affection were awesome. So were her claws lol. She lived to be 18. I would still be rescuing them, except california frowns upon it. I was in Tennessee with the big cats. Permits were no problem there as long as you had your facility inspected first.

This was my view for the past week. 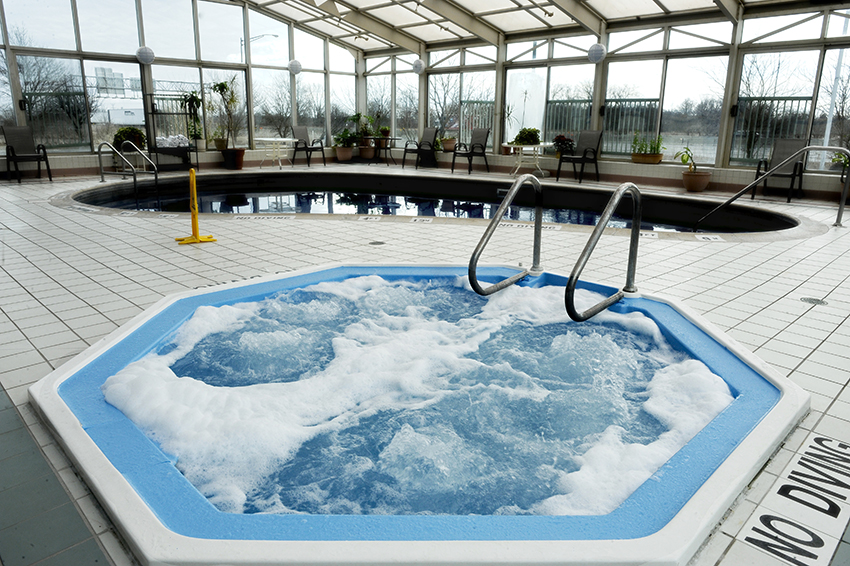 Not as good as it looks due to the fact that we were broke down in the Midwest. We had a careless mechanic replace our fuel pump last fall. He pinched the O ring that sealed the filter. Until last Saturday night we were driving in ice and snow. Saturday it rained hard for the first time, the pump was taking fuel from our tank and water from all the rain. Oh btw, a diesel motor does not run well on water. All fixed now, very thankful and lucky no motor damage.

That sucks Needles, but like you said, it could have been worse.

I like the layout of that pic, I find it pleasing.

That sucks Needles, but like you said, it could have been worse.

I like the layout of that pic, I find it pleasing.

Thank you Juthro, we were the only ones using the pool all but one night. I had little else that I could do while waiting. I do miss that hot tub lol.....

So I've been trying use filters to better effect lately.

Here is one project that I thought turned out OK. 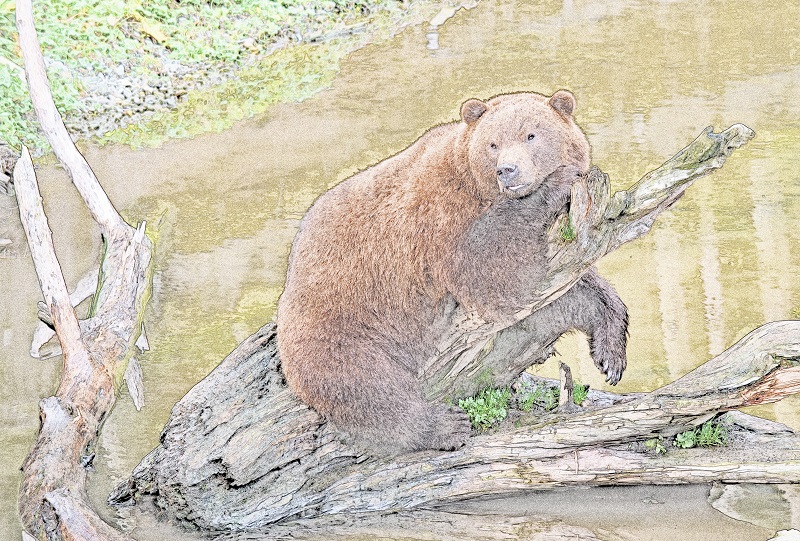 So I've been trying use filters to better effect lately.

Here is one project that I thought turned out OK.

Better then just OK Juthro, that photo is extremely good.

Can't wait to see what you come up with next!!!!

So I'm still dinking around with my old bear pic.   I used the same filter but just cropped it differently.

I was thinking about about getting it printed for a gift to a friend.  I am curious as to what y'alls opinion is.

Do you think the close up, or the wide shot would nicer on the wall ?  I'm thinking as an 8x10. 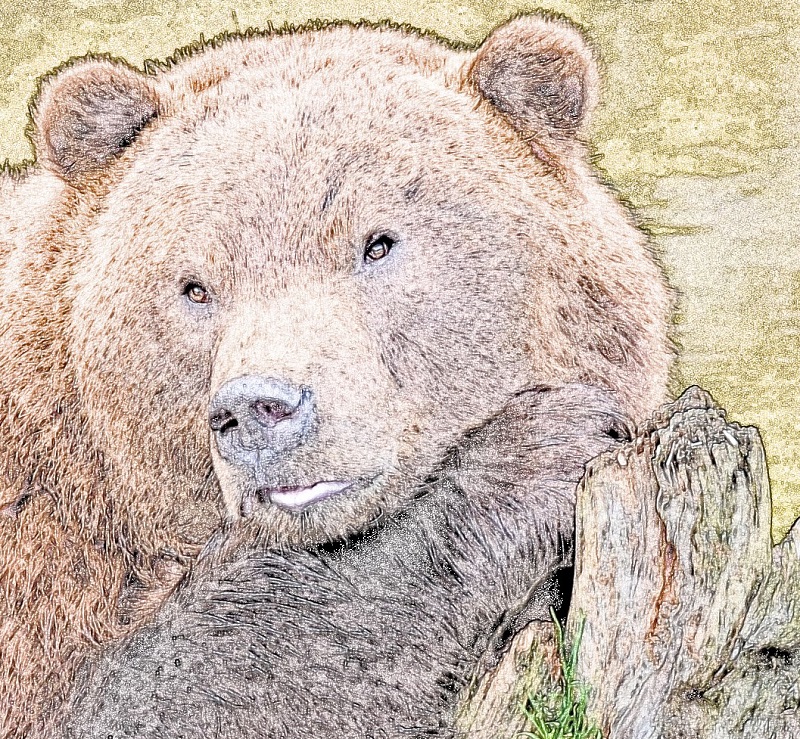 Both are good. I'm partial to the larger just for the context

Did you deliberately re-focus or resharpen at the eyes? Looks like they're clearer than the rest of the pic

Remember that you're camera is 2x3 format so the convenient way to present the pic is at 8x12 if you use the whole file. If you crop 8x10 will work just fine.

Thanks for your input Pharmer.  I was kind of leaning towards the close up myself, but wanted to hear some others opinions.

As for the eyes, I didn't mess with them.  Both versions are the exact same pic, just cropped differently.  But I also noticed that when zoomed in, the eyes were very sharp, to the point of being able to see some light reflection in them.  That was by chance though, and not design.  I don't know why the filter left them as sharp as it did,  I suppose I could run it though again and try to fade the eyes out a little, but I kind of liked the effect.

The 8x10 choice is mostly because I can get them printed pretty cheap at walgreens  ($2 for glossy's with my coupon).  I know I'll have to crop it slightly differently then I've shown it here,  but I can get it close.

Both are good. I'm partial to the larger just for the context

Did you deliberately re-focus or resharpen at the eyes? Looks like they're clearer than the rest of the pic

Remember that you're camera is 2x3 format so the convenient way to present the pic is at 8x12 if you use the whole file. If you crop 8x10 will work just fine.


Totally agree here, full image would be my way to print this. Also pharmer pointed out the cropping issue, excellent point to bring up. If you crop to 8x10 some of the sides will be lost. I know that at our local photo print shop they can print poster prints of all different sizes. You my think about printing a bit larger print to accommodate the full image. I guess I just like large prints.

Thanks for the input Needles, I appreciate it.

So I know Walgreens is not the best quality photo processor out there, but they are convenient for me, and if you shop their deals they are reasonably priced.  Any way I went ahead and printed the bear pic both ways, and with the frame I was planning to use I think the close up is the winner.  Though I like them both, lol.

I think it's a good point  to bring up the fact that the way most pics are shared here (at least mine, anyway) are not cropped how they will appear when printed.

This is what I ended up settling on with the bear.  As much as I like the full shot, the close up seemed to be a better match to the frame. 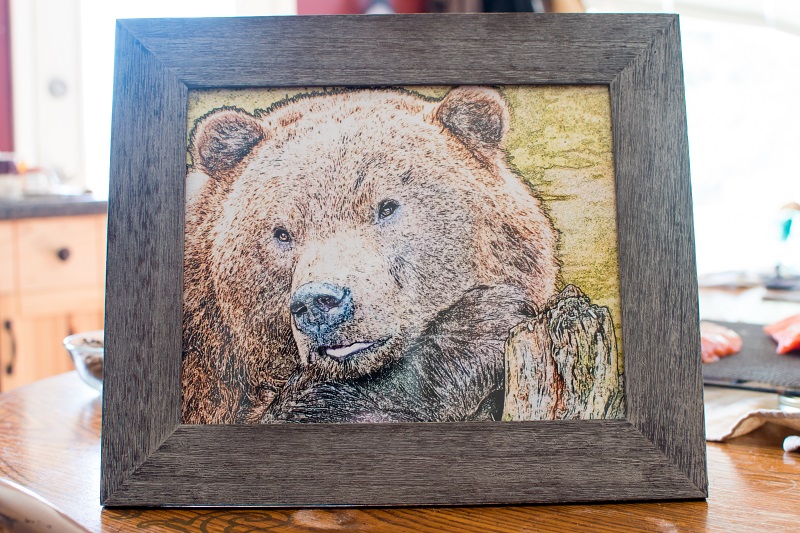 It's a handsome product, Juthro. You can be proud of that one.

Perfect!! Looks awesome in that frame 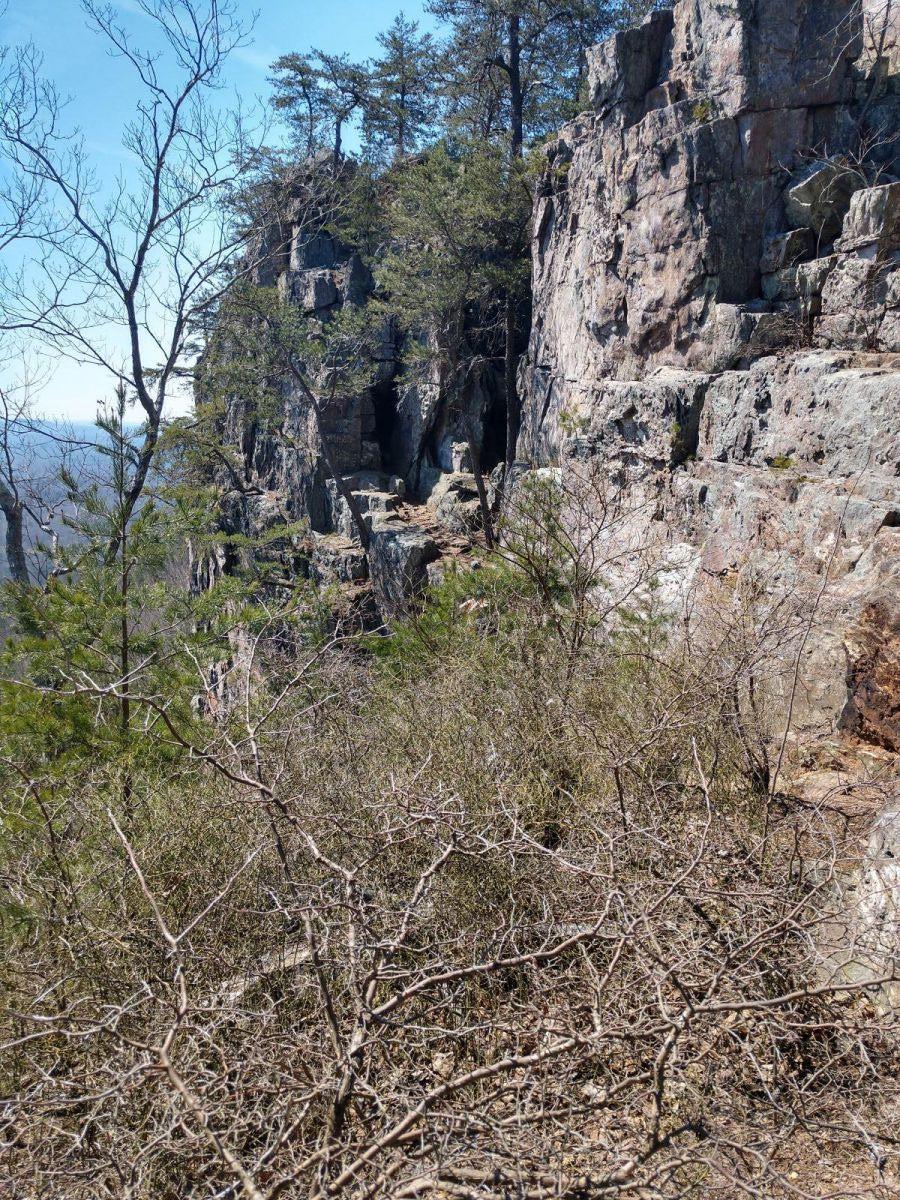 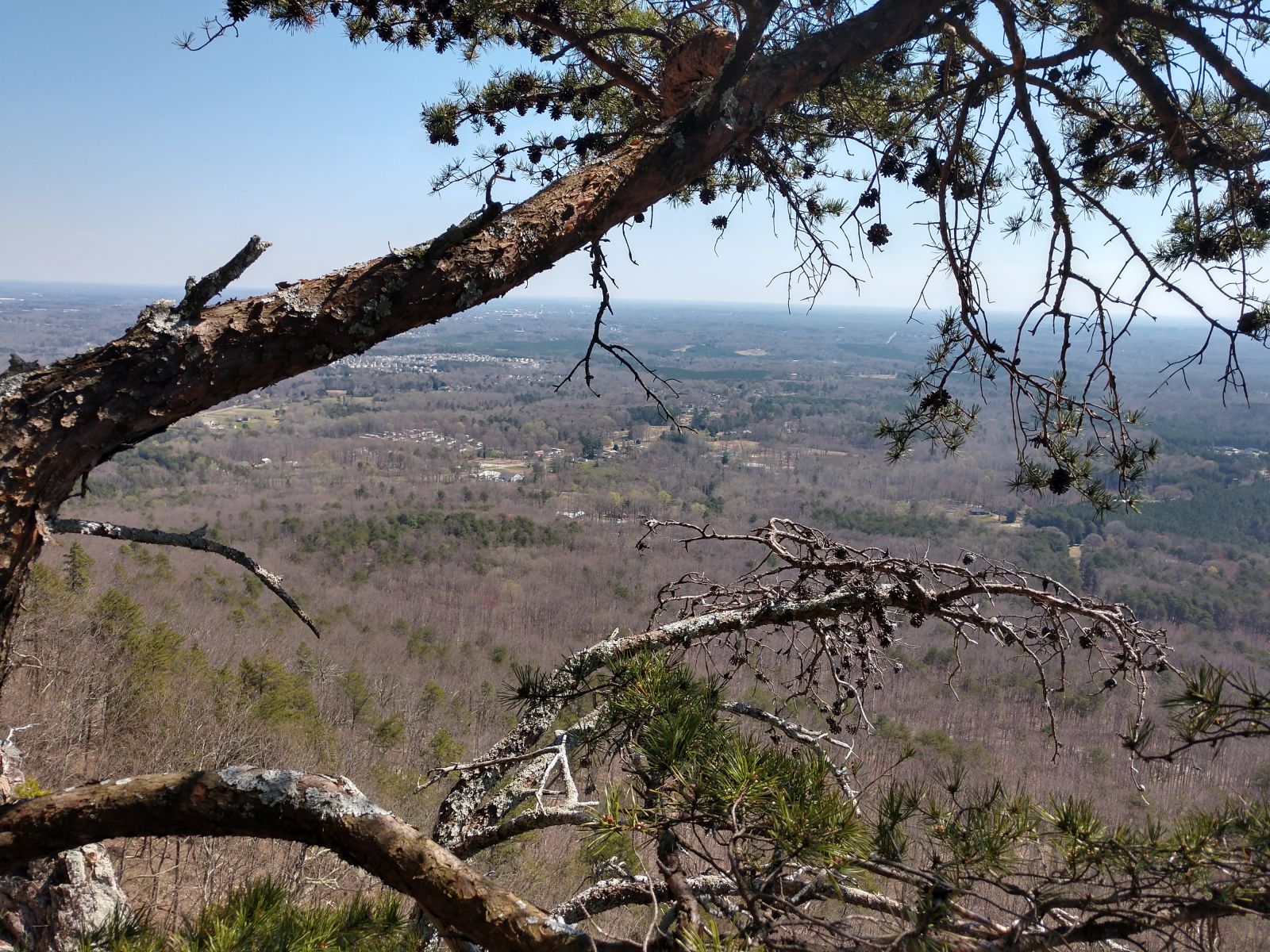 I'd hike there, awesome view Steam!

Somewhere between Georgia and West Virginia - and between the Ocean and the Smokies...

There were a couple of intrepid (and perhaps crazy) rope climbers who were a bit further down climbing those rock faces that day. It wont be long and most of that will be invisible, as the foliage fills in.

I can't help but think 'brake check' when I look at this picture. 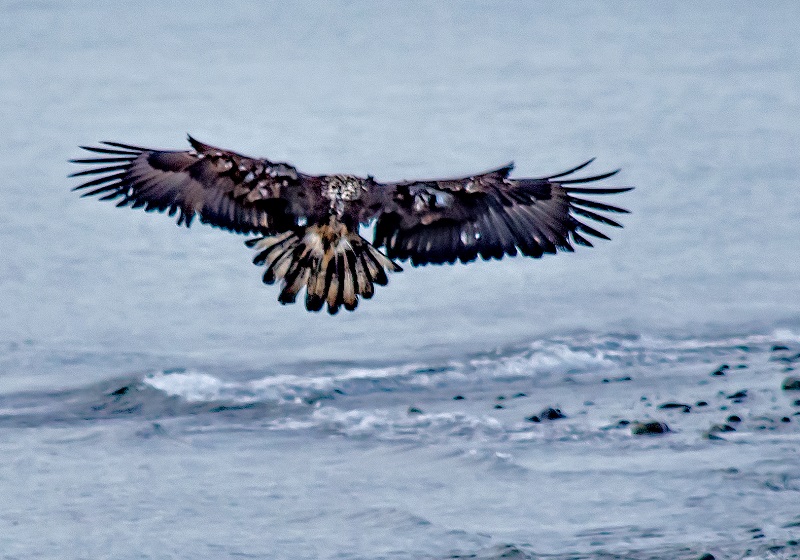