A moose was eating gladiolus foliage in these raised beds down near the lake, and he got his rack caught on the frame we have over them, and freaked out.

At least the side, and roof panels were already pulled off and put up for winter, so they didn't get trashed.  But he completely destroyed the 2x4 framing they attach to.

No pics of the incident, just the aftermath, as it happened last night after dark. 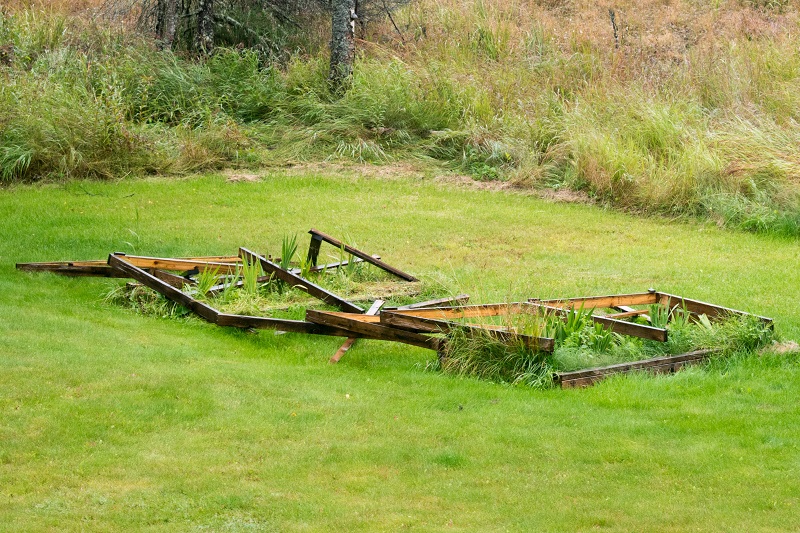 Had to spend a night on the road to earn some money, but I got to take Ms. Juthro with me, and we got to stay at swanky resort..

Both these pics were taken from inside our room. 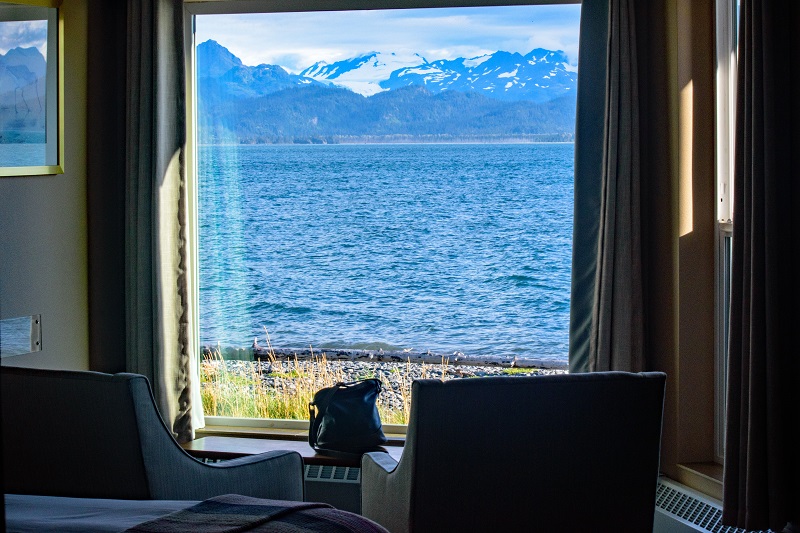 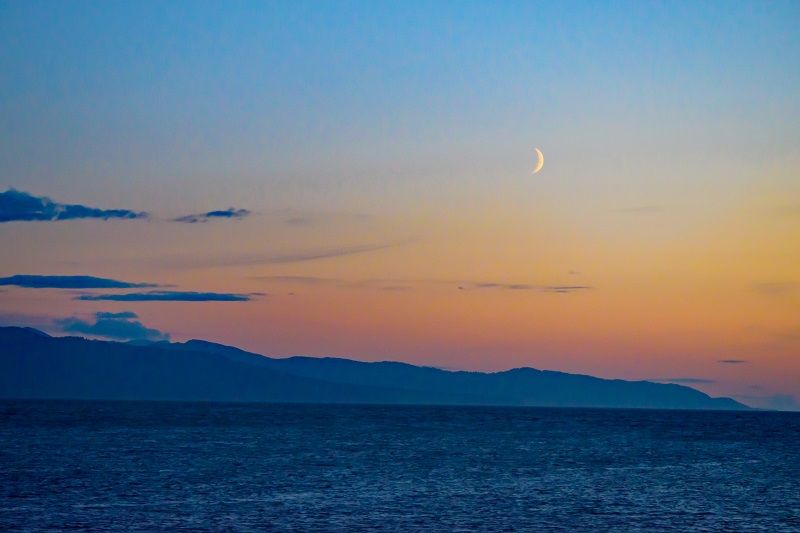 I thought about you as soon as I tool it, friend :)

If we has been there another night I could have gotten some pictures through that window of the Alaska Marine Highway Ferry, the M/V Tustumena heading back to it's home port in Kodiak.  It wasn't in the cards this trip, maybe next time.  I did get a couple of some working vessels heading back and forth to the harbor.   I find them so much more interesting to look at then the private fishing boats.   Those are all pretty much the same, just different levels of fanciness.   Commercial vessels have more of a story to tell.  Anyway, to me they do. 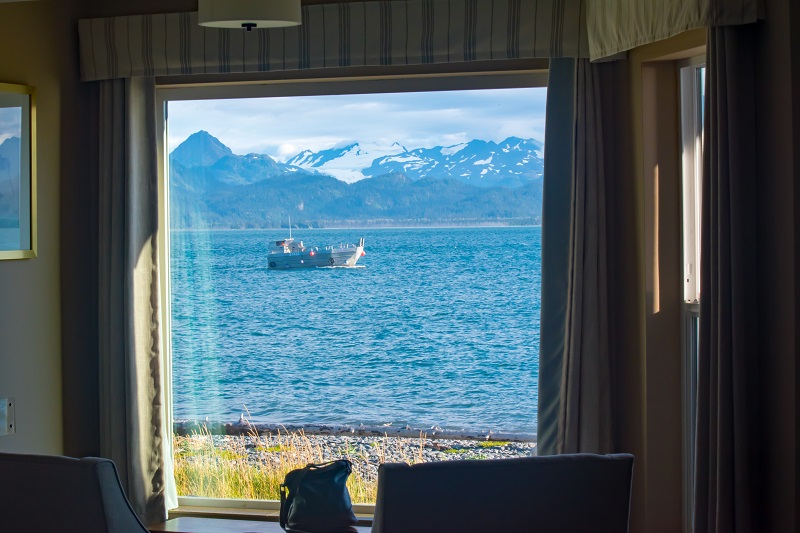 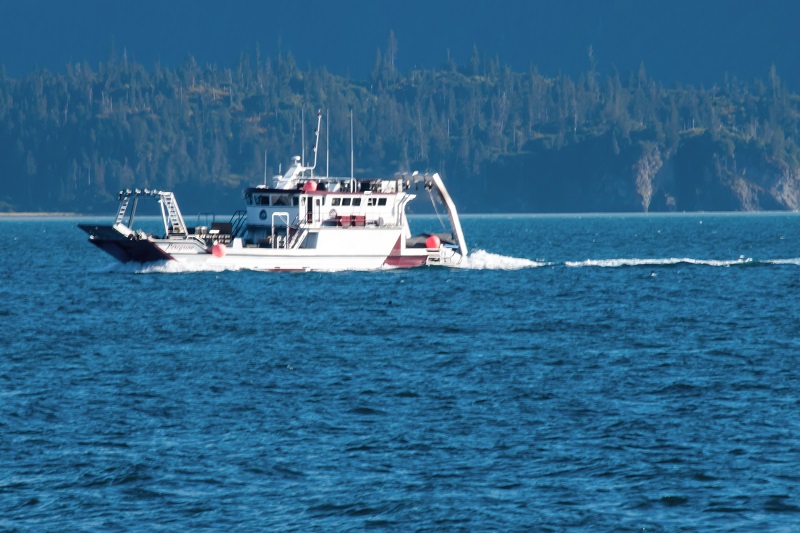 That's an incredible view!  Thanks for sharing with us Juthro.  I kinda like those pics where you can see the window and chairs, makes me feel like I'm in the room and looking out the window too.

Thanks, ElP.   I was going for that kind of feel.   I often tend to use too much zoom, trying to get all the detail I can, and in doing so I then loose the origin of the big picture, which may have made for a better overall shot.

are your kit lenses getting sticky? like when you're trying to focus manually they bind somewhere in the barrel?

are your kit lenses getting sticky? like when you're trying to focus manually they bind somewhere in the barrel?

Yes, my 55-300mm does at times.  Sometimes it binds during auto focus, sometimes not.

Never really had an issue with manual focus, but that lens doesn't allow it both way.  If I want to use it in manual I have to move a switch on the lens, and then change a setting on the camera that is about three screens deep in the menus.  It's not a quick operation.

EDIT:  It is also the lens that I used to take the above photo's

I've done some digging on the internet and apparently this isn't uncommon.

The focus ring is made of plastic and contacts a couple other plastic parts as well as the barrel the lenses are bundled within.

These parts come from the factory with a grease on them which gets  much less effective, though apparently still present, if the camera is stored in cold places. Guilty, I leave mine in the truck all the time.

I was thinking it had gotten enough crud inside the parts you cannot see to bind it up, and may still think it after trying the easier fix of re-greasing it.

The stuff can be had in lifetime sized containers for about $35 - which is quite a bit cheaper than a trip to Nikon for a full cleaning which is damned near the price of a new lens.

I'll try this and report back here.

When mine binds up, you can hear the motor straining, and it often wont let my D5500 take a shot.  I found as a work around that even though the manual focus ring is locked when in A/F mode, it has a little bit of slop in it.  If I lightly apply some twist to the ring it will almost always work through the stuck spot, and the A/F will kick back in.   I've looked at sending it in for repair, but like you said, it works out to the almost the price of a new lens, but without a new lens warranty.

I wish you luck in your experiments, and look forward to hearing about them.

Damn, trying to get info of value from the photo forums is like trying to push teeth INTO a gum

I'm a sucker for a cool cloud every time :)   I caught this cloud on the trailing end of a fairly energetic squall that had just moved through, and dumped a bunch of hail, and rain (is that sleet?)

Winter is coming, and it's coming fast...

(it sounds a bit funny when I say it like that, I think I'm going to have to work on that) 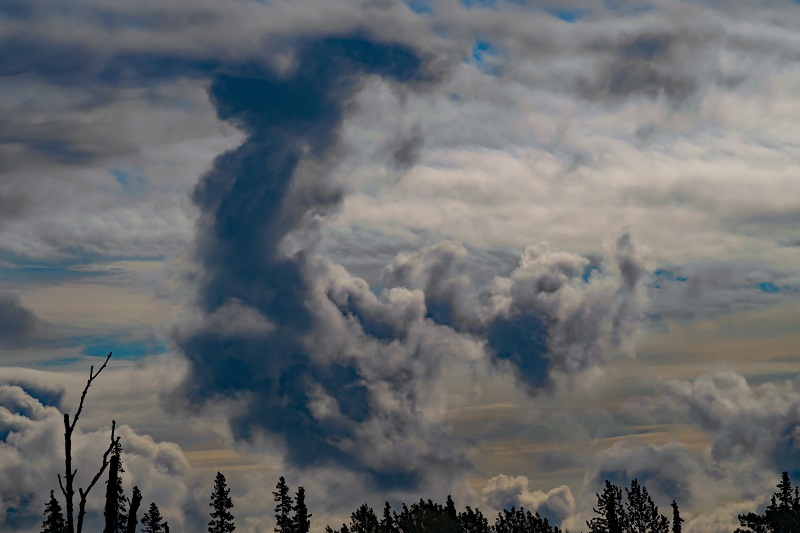 Without other references in the picture its hard to appreciate how big these birds truly are.   This one is a big one, I would guess him(her?) to be about 6' long stretched out like he is, with around an 8' wing span.   Full sized they weigh in somewhere between 25 and 30 pounds. 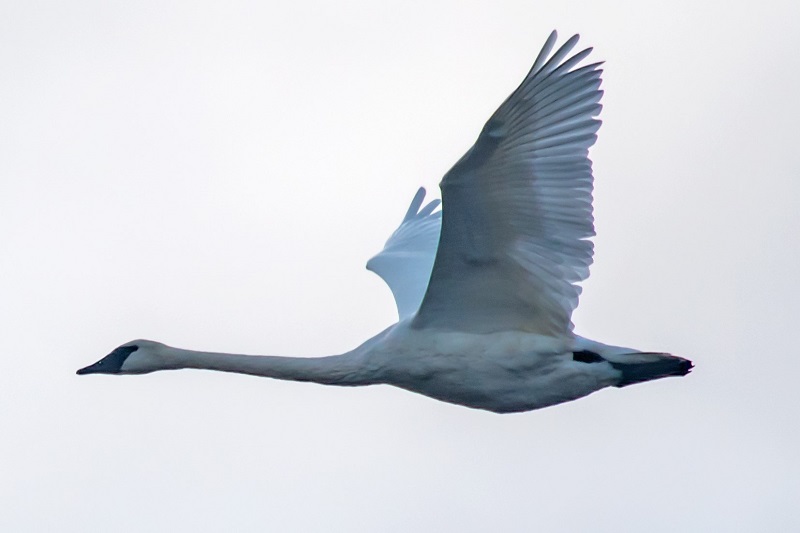 Here is a another pic of the swan.  I like the first one better.  This one had kind of a weird feel to it, IMO.  I cant really put my finger on it.... 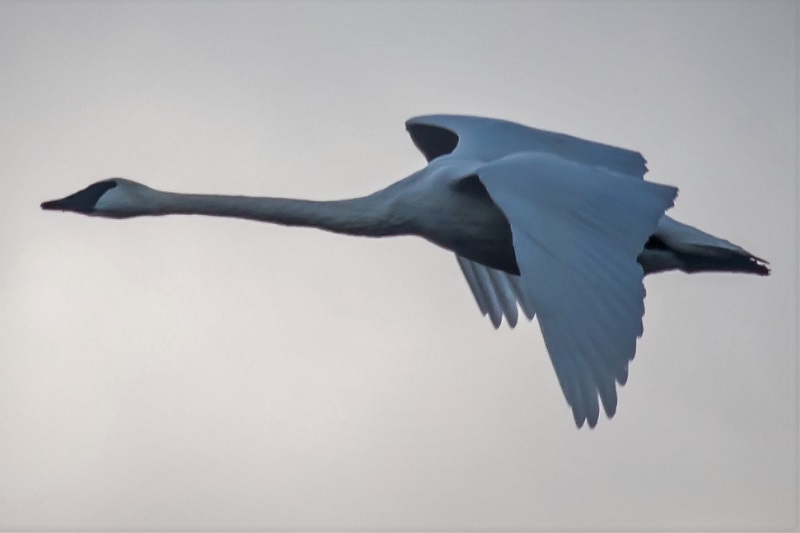 Thank you, ElP :)   I do get some lucky shots from time to time.

It was likely one of the last sightings of the swans I'll  get this year.  We got down to 24*F last night, and are forecast to get our first snow of the season tomorrow, so their time here has come to an end this year.

Some nice autumn color to enjoy before the snow starts to stick :)   They got 13 inches in the hills around Anchorage a couple of days ago, it's just a matter of time before we get our turn. 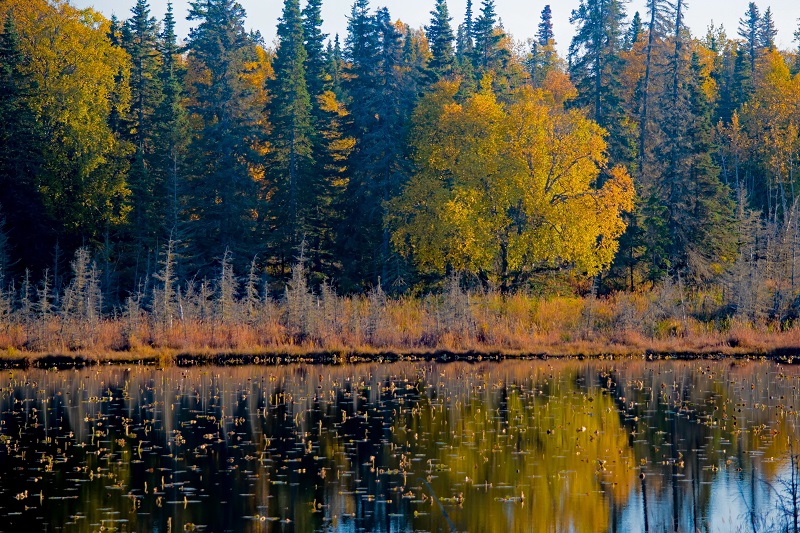 I don't remember seeing color on your pond before.  This will be a nice memory for you in a couple weeks eh?

23* this morning...  At this rate those leaves wont last long on the trees.  Glad we got the potatoes and carrots out of the ground before it froze up.  It's embarrassing when you have to run a heat gun on an extension cord in the garden just  to get your produce out of the ground.

Also glad we got a new furnace, and ductwork this year.   That, and a full wood shed make me feel more comfortable going into winter.  Just did an oil change, and maintenance on the snow blower yesterday, and I've got some construction debris that I want to take to the dump, and then it'll be time to pull the battery from the truck and put it away for winter.   Plus I still need to get the snow tires put on the Subaru....   No rest for the wicked.