2 feet lost…barely put a dent in it! Winter is officially over you know lol.

Lol! I know how you feel :)  There was a period of time that I couldn't see the sky looking out that door this winter.

It was a pretty brutal winter this go round, I would say probably the hardest winter to get through since I've lived up here.  It might not be over yet either.   We've totally had storms come in from the north up to about early June that can drop 4 to 6 inches of snow.   It's still way too early to summerize (is that really a word?) the snow blower.

Fuckin' Thing, wouldn't want to live without it.

It's been trying to be spring here for three weeks now but not really getting a foothold. Our memories are short so I go to the weather channel temperature charts frequently which say we're right on track for average seasonal temps.

Been feeding the birds suet cakes full of seed this winter. Got some nice pics of the winter birds. I'll get them into here sooner than later. Not like those Utah pics which have been marinating since summer :(

Fuckin' Thing, wouldn't want to live without it.

It's been trying to be spring here for three weeks now but not really getting a foothold. Our memories are short so I go to the weather channel temperature charts frequently which say we're right on track for average seasonal temps.

Been feeding the birds suet cakes full of seed this winter. Got some nice pics of the winter birds. I'll get them into here sooner than later. Not like those Utah pics which have been marinating since summer :(

lol, I know that summArize is a word, but is summErize the seasonal opposite of winterize?  Anyway, looking forward the bird pics. :)

Been exploring my woods and creeks. Preparing for spring foraging.

Lot easier with a dog that is high energy.

I'm really looking forward to doing something outside besides shoveling snow, so forgive me if I'm a bit jealous :)

Still very much a black and white world here. 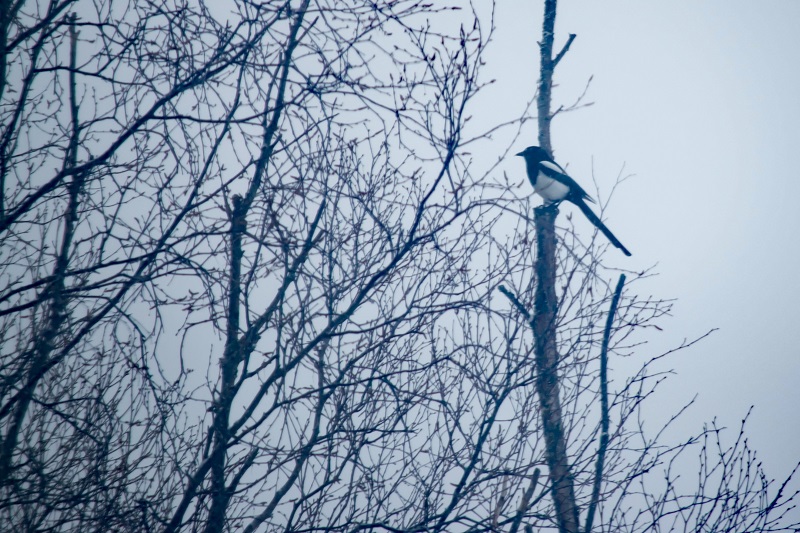 The lake is apparently still frozen enough to allow a moose to cross it, though admittedly it's not a very big moose. 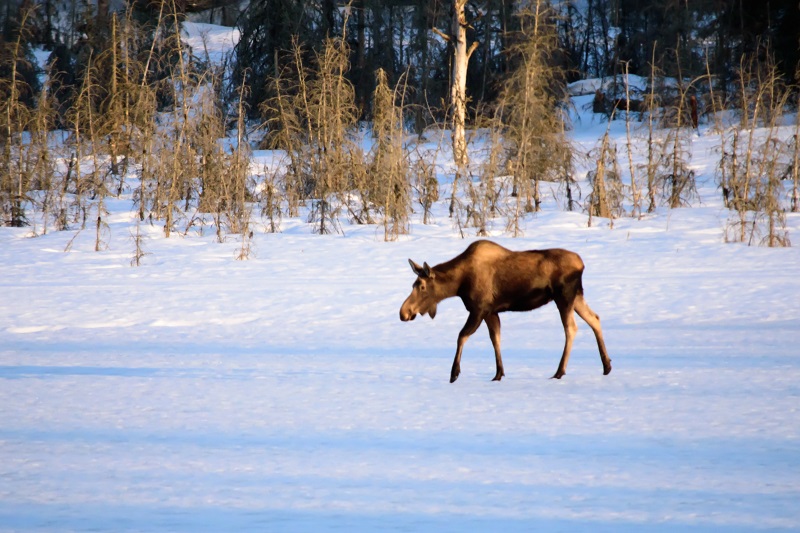 Got an interesting summer coming up.  A pair of eagles are making a nest just behind my garage.  The garage has an upstairs room we use for storage, and for guests that is accessed by an outside stair case that is pretty damn close (15 to 20 yards roughly) to their nest.  They are already being a bit territorial, and I imagine that it will get worse when/if they have any little ones. 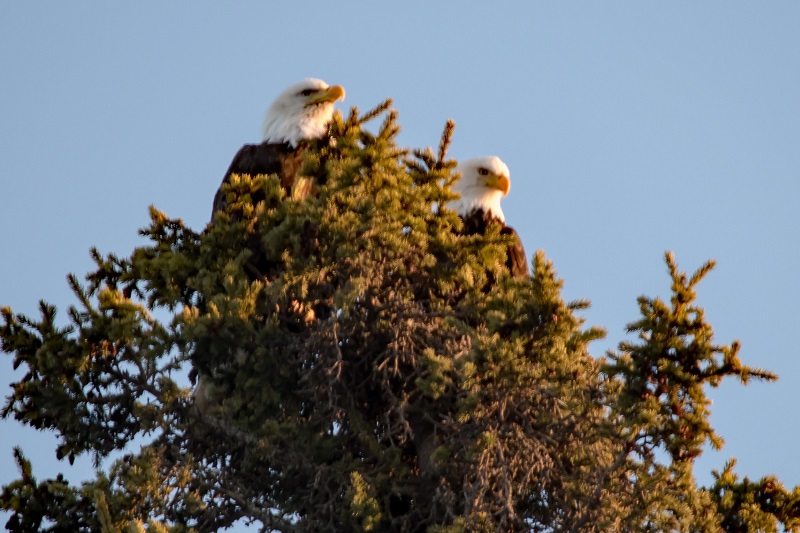 Other than the prospect of Eagle talons in your hair, that upstairs view will be pretty interesting. I hope you can get some pictures as things progress.

I don't have a lot of hair left, so I think my biggest risk is loosing my hat, lol. I have mixed feelings about our new guests.   Part of me is excited about the picture opportunities, but another part of me is wondering how I can drop the trees next to them that have been killed by spruce beetle, and whether or not my in-laws are going to have confrontations with the eagles when they come up this summer.

What will be, will be.  You can end up in the federal pen if you get caught messing with bald eagles, so I will just adjust as needed to deal with them.  I will try to treat them as a treasure, and hope for the best.

Last year I started looking around for tripods. I think I’m going to try the JOBY GorillaPod 3K. Most of the mushrooms I find are at or near ground level, so this seems like a reasonable first tripod to get. Has anyone tried these?

I have. They're as useful as advertised.

With some patience you can also mount them on the up/down windows of your vehicle..... good for wildlife pics 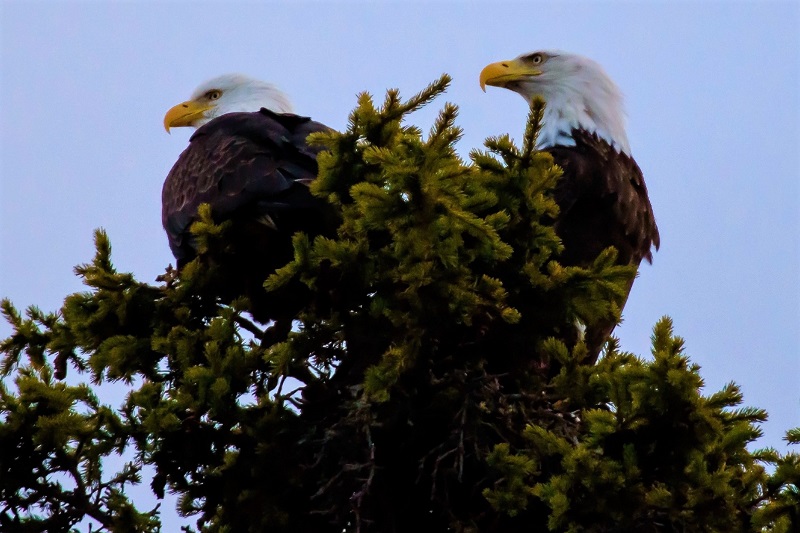 The look in those eyes….a true predator…I would not want to be a rodent caught it its sight!

I may have mentioned those Nikon 1000mm wildlife lenses are only $14K  or at least that's how much they cost when I first started nagging you about them :)

That look in their eyes was directed at me, they were screeching up a storm, and didn't like me standing there (on my porch) aiming my lens at them.  Though I've decided they aren't actively building a nest.   They usually make nests that last for years, or lifetimes, but we've got so many 1000's of acres of trees here that have died from spruce beetle that it's not unheard of right now to see a mature pair of eagles looking for new nesting sights.

While they keep coming back to the same spruce tree (it's one that the snow broke the top out of about 5 years ago, and has flat and sturdy perch), I haven't seen any nest building activity yet.  I think they have just found a nice spot to hunt from, though I've never seen a pair of hunting eagles stay together like this before.  Usually they both pick different trees on the lake, and try to visually cover more ground.   So I'm still not real sure yet what I'm witnessing.

The lake is still frozen over, but I'm guessing not for to many more weeks.  The sandhill's are back, but they are hanging at the far end of the lakes dogleg and are behind obstructions where I cant see them (I can sure hear them).  The eagles are keeping them from hanging out in camera range.

I've been saving up my change for that lens, Pharmer, but I'm still a bit short, lol.   I would really love to see what I could do with one, but damn, I could really use a new truck too....  :)