From Friday to Monday I was in a terrible state of mind. Engaged in self-inquiry and all of that.

Then, today, I'm sitting in the bus and think, "I am", while looking at the bus and the people in it. That's when the strange intuitive knowledge that "I am"... and always have been and always will be comes, and this picture show isn't real. That's a relief. Haha.

There's a big difference between that "strange intuitive knowledge" and just thinking it. That is, that I'm not to be found here or that this place isn't real. The relief isn't there if it's just thought. But, that other way is so nice. It's to be untethered from mind. Without any infinite sights, one seems to grasp the infinite.

Hard to explain. I suppose it's like this. Trash the story of me. Then, whatever is essentially here must be the same as the truly existent. And the truly existent is precisely that which we seek. The same thing that rests blissfully and eternally is here.

But, I really mean trash the story of me. Forget it, it's bullshit.

Heh. No point reasoning with this stuff.

The only way I've seen it was by abandoning my reasons.

Then, today, I'm sitting in the bus and think, "I am", while looking at the bus and the people in it. That's when the strange intuitive knowledge that "I am"... and always have been and always will be comes, and this picture show isn't real. That's a relief. Haha.

And that relief is kinda unexplainable too, isn’t it? It’s like you don’t realize how much you hold onto things (ideas) until you finally let go somehow and feel the ease of what is.

The ideas are the whole of the mess!

Supposing that there is something truly worthwhile, what's the difference between this awareness and the one that finds it?

What's common between my life and that one? They both don't stick around. Only the awareness does. Only the source of existence remains. If not, I'd be fucked. But with open eyes, I know that I am.

Where does awareness take place? It's so intimate a place that I'd be crazy not to call it myself.

But, it's like another level deeper than awareness. It seems to go unnoticed. Awareness as a concept is hijacked by a thought, "Awareness is possessed by me." When that thought doesn't arise, then there's the recognition of awareness wherein the body, mind, and world are. Deeper than that is the "place" where even that awareness is.

It's foundationlessness and foundation. It's inconceivable. Saying that it ceases, the trouble arises that what says it owes its life to it, its words, its thoughts, its logic and reasoning. There is no way to reason about it. And speaking of it... referring to it, it's lost. Immediately, something else takes its place.

But isn't messin' about with ideas such fun?

Nothing else, taking no place.

Nothing is working out for me...

I shift from identification with a thought to identification with a feeling. A thought and feeling play simultaneously in front of me, I turn away from the thought, knowing that I cannot have thought it. The feeling remains acting as though it is the true background. But, just after giving a pulse of relief, it twists into a cage. Then, the thoughts use it as a direct funnel into me as mine. The aim is always to make me appear unhappy with the subsequent idea that I need to become happy (different than I am).

Truth is, I've experienced enough happiness already. Real bliss. But, it never stabilized. So, what use is it to me as a memory? Essentially unreal. I've been getting gypped. Nothing that I can appear to get remains.

The thinker is a trickster, taking my form to express his false reality. False in two senses. First, it's false because it's actually not real, not abiding. Second, false because the majority of what's thought about and felt are actually lies. These lies are given reality through belief, conveniently untestable.

What is it that I am? The awareness which silently accepts the appearance of body, mind, and world? Or the character, held in mind, that ceaselessly works to change them?

It's as complex as being one among the fractals. I appear to exist independently in a world of independently existing things. But, it isn't so.

I am the awareness.

It seems I'm afraid of a story. Before I know myself, I am.

At times, I've known "This is me. No! This isn't me!" Haha. If I speak as the one that's living my life, that I am me is good enough. But am I living it? Who moves this movement to the next? The day is done, but I didn't do it. If the day is done, but I didn't do... then, what of my thoughts, my feelings, my desires? Am I even at the mercy of the world... I'm really out of focus, the world rests in me, but I'm ignored.

Can't do much about it, I guess. Not that I could get anything.

Heh. Microdosing last night. The fluctuations of mood and thinking on microdoses are interesting for me personally. They manipulate the world in small ways, make things look differently. People come alive, aspects unseen are revealed. But, I don't particularly trust it. Our minds play tricks.

In my opinion, most often other people aren't even aware of us. If we remain silent, the world we construct of other people will leave us alone. Whether or not that's desirable is up to us to decide.


Glad your back! I get similar feelings, ups and downs. Sometimes feeling close to this moment, sometimes feeling far away. That feeling of urgency and incompleteness is just as much you as the other feelings. That’s the thing that gets me anyway, after the “down” or “undesirable” times, I finally realize (again) that they are just as much part of the experience and just as much “right” as any other. The problem is that we naturally start placing judgements on those moments, it leads to not wanting to feel that way, forgetting that it is just as much a part of you as the “good” experiences. Of course none of them are the real you, but the real you goes on this ride experiencing all of it.

Why identify with any of it?  What are the attributes of nothingness?  Can nothing have any identity?  All the ups and downs, the this and thats, here in the presence of being, from what do these arise?   What is the finite source of infinity?   It's Bullshit, indeed. 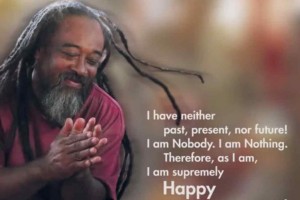 "Remember, nothing gets out those impossible stains."

But the Greenman, some say, likes wood the best.....

Learning "things" in these holograms is FUN......like leaves floating down the stream.....

Upon what and wherein does that which is sensed and the sensing rest?

Are you the eye that sees? Or are you the seeing which only appears to be in the eye?

What is the seeing in that case? Isn't it that upon which and wherein what is sensed and the sensing rest?

What is the connection between that seeing and the eye? Is the seeing before the eye or the eye before the seeing?

Long story short, take it easy. You're not a human being after all. :).

Well guys, looks like my debts will be paid in the next couple weeks. It's pretty good news for me.

I was micro-dosing everyday for about a week lately. It was nice for a few days. But, then, I started dreaming a lot more and feeling less rested. So I'm a few days away from it at the moment.

I actually have much less to write nowadays. Well, I'm no longer after some world-altering psychedelic experience... Was that what I was after? Yeah, I think so. I guess my world is altered now. There has been some sort of transition in how I view life. It appears I can no longer see it in the way I once saw it. It seems I'm pretty relaxed.

I remember after taking quite a lot of psychedelics awhile back. I went through some wild experience that was incredibly challenging and spiritually relevant. But, the world as I knew it continued to be as it was. I don't think I would've been happy until I was as lost as the shamans I've met. Of course, lost makes it sound negative. Lost and found. I've still got some desire to head back to the jungle and drink some more Ayahuasca. It's a beautiful place. And a beautiful ceremony.

Yeah, I think with my dad gone, I might as well go deeper. I could save money for the next year or so and make my way back to South America. Why not? I think I'm quite fortunate to not have great responsibilities, to be left alone, to be willing to die... I suppose I should decide one way or the other. I'll go that direction. There's lots of beauty out there.

Guess, this is the next chapter, repeated. :).

Do I trust my mind? No, not really.

Do I trust my mind? No, not really.

Which "I" is asking that question and which "mind" are "we" trusting?

It's a damned persistent illusion in the 3D I'll give it that....