Another new addition to the farm....

OK, I am obviously a glutton for punishment. This was not premeditated, it just happened,

Neither of us could say no, he was just too cute, a kiss on the chin loaded with puppy breath and I folded like an origami crane.

So this one's a brindle and white french bulldog, and we have named him Oliver. No papers and I don't care because I have no interest in breeding dogs, and I have never wanted a show dog. This is just to be a family member that I can pick up, unlike his big sister Piper.

The cats have finally, 6 days later, decided its safe to be in the same room. He is a handfull at 9 weeks old, but I figure I have one more puppy rearing left in me.

So this is Oliver, or Ollie for short. 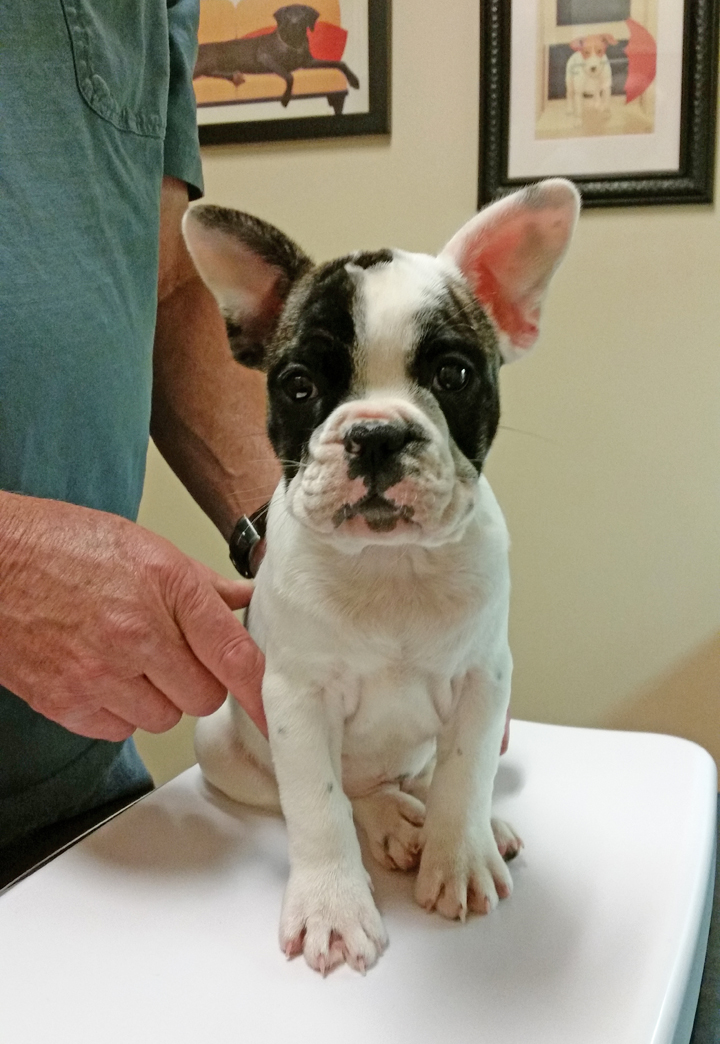 Enjoy man you picked a winner!
Personality is beaming!

Ollie is a beautiful boy Sky. Congrats on the new member to the family. With a puss like that on him, I would’ve folded with no defense whatsoever too !!! Lol

keep him out of the cactus :)

keep him out of the cactus :)

I'm afraid there is no place in the yard he has not explored yet. He's poked his nose a couple times on the Bridgesii, so he might remember. I will be re-installing all the puppy fencing on ALL the forbidden areas today. He is getting brave and I don't want him in the pond or where I can't reach him, or of course impaled on anything.

He is beautiful.I have never seen one that color!

He is a cute fella! I wonder if he realizes that he hit the lottery lol.

Aaaaaawwwwww.  He is sooo cute.

He is going to be big.  Look at the size of those feet!

I got to meet Ollie. It took every ounce of will power to not sneak him home with me. What a freakin lovebug.

P.s. Sky, I ordered 5 of those Fairy books, and 5 of another one for xmas gifts. I found them online for 10 bucks apiece!

SO so so Adorable!! I have puppy fever! Mine is 11 weeks old and I am already looking to add another, lol... It had been a long time since I had a dog of my own! I was moving around too much and it would not have been fair to the dog!! Plus I was living int he city and as a country boy, I just couldn't do that to a dog!! Now my puppies will be in dog paradise!!

@skywatcher... I know you like your Frisbee golf... I am pretty sure that my little Manny is going to be catching Frisbee with me!! At 11 weeks he is picking it up and bringing it back... he likes to jump at it in my hand prior to me throwing it so I think he will be trying to pick it out of the sky soon enough!!

Lol, I just realized how late I am too this party!

Edit: @skywatcher  It occurred to me suddenly that it is Alder who has challenged me to a frisbee golf contest... You may also enjoy a round of frisbee golf but I had to make this edit to not feel like a dope, lol...

Oliver is getting bigger. He's doubled in size. Smart but somewhat obstinate in house training............

The lab is learning to be more gentle with him at play time, but that won't be an issue for long because he is built like a brick, and not in the least intimidated by her size. 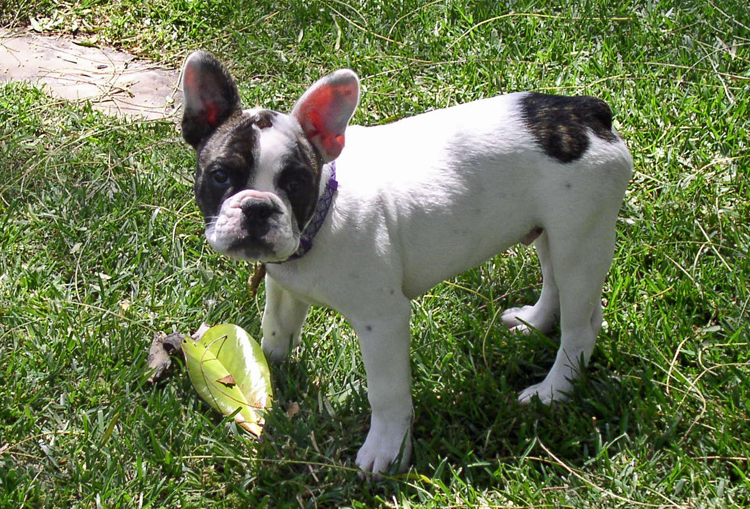 Thought I would update this. Today is Oliver's 2nd Birthday. He gets along with everyone, with the exception of my black cat Molly. Our other cat Gus just ignores him and does whatever he pleases. But for some reason, Oliver will chase, bark at, and torment Molly if he gets the chance. He has a long memory. Once he locks in on something like a squirrel up the tree, he will obsessively run to that spot looking for it, for days after he first spotted it. 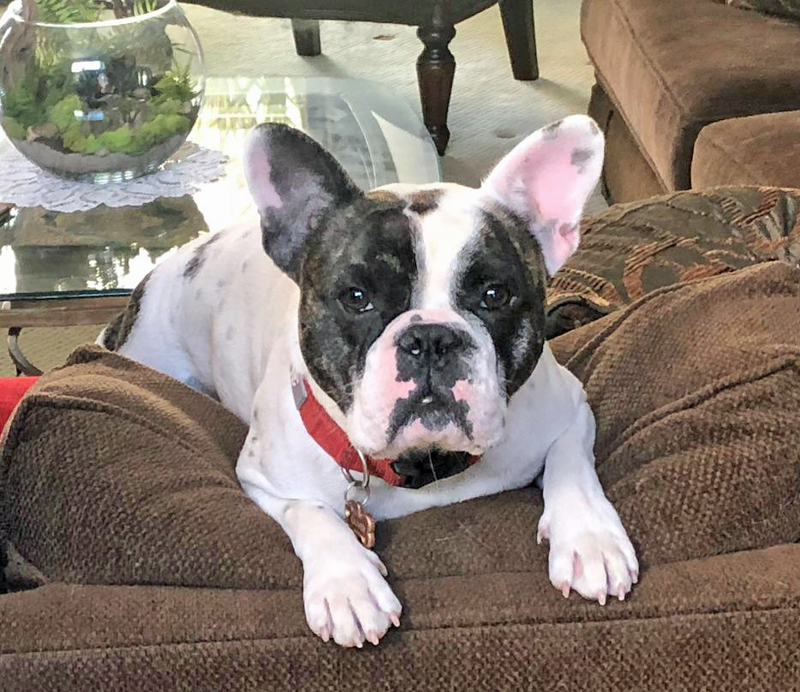 It's rare that these two will sit still with a camera in hand. Usually they bolt towards me as soon as they see me holding one.

So these are my canine companions. They are best buddies.......

I don't mean to hijack the thread, by Manny is about the same age and is also a bulldog so I figured I would post. Manny turned 2 on April Fools Day! You bulldog is French, mine is American, and we have both been allies with the English...

Manny is a handsome dog PJ !

Well, here's my beast approaching 1.5 years. She is truly a jerk. She likes to pee/lay in my only area of dead yard. She stopped listening at 1.5 years, she will throw a fit if you take her in early from play, she purposely charges down people that are afraid of her and then stops and acts surprised when they freak...

From a tiny little thing to a 75lb beast a year later. They grow so damn fast!

Ahhh.
Some healthy looking happy hound dogs you all have. Makes me want a puppy.

These days I just have one big old beast who will not let me bathe her and a little cat who apparently owns the place.

Back to Animal Farm