I recently procured ten strains from a reddit trusted vendor, I wasn’t very excited about the prospect of getting spores from this source because I rarely even use reddit let alone part of the community,. Therefore no idea whether what I would be receiving is kosher,. The dude had nearly 1000 50 out of 50 positive five star reviews; he was giving a deal 65 for ten strains so I took the bait,.


Now it was about a week later and I had recieved my other package for four pre-hydrated pre-sterilized rye grain jars along with four hydrated mycobags containing manure compost which I am happy to have bought even though expensive I now know what proper hydration looks like,. The jars are really working better than my expectations,. But anyway so once I had all my gear I decided after gaining some advice,. on beginning with ‘noccing up 2 Rusty Whyte and 2 Southern American,. Being new to this hobby I would perhaps profit best from some smaller projects and definitely not one big huge one because having never seen felt smelt the successful implementations of a good grow and their fruits,. I would be better off starting small and work my way up,. Rather than throwing all my eggs into once basket I will get some sort of success this way,. Quite a few people have suggested pf tek, and I would agree with their reasoning but that tek just isn’t for me this moment,. Although I’m in a toss up between shoe boxes, trays, bags,. Just not 100% what I will use as means to an end to this my first run,. That all being said let me show you my jars, pictures from today, all nocked up on 8/6 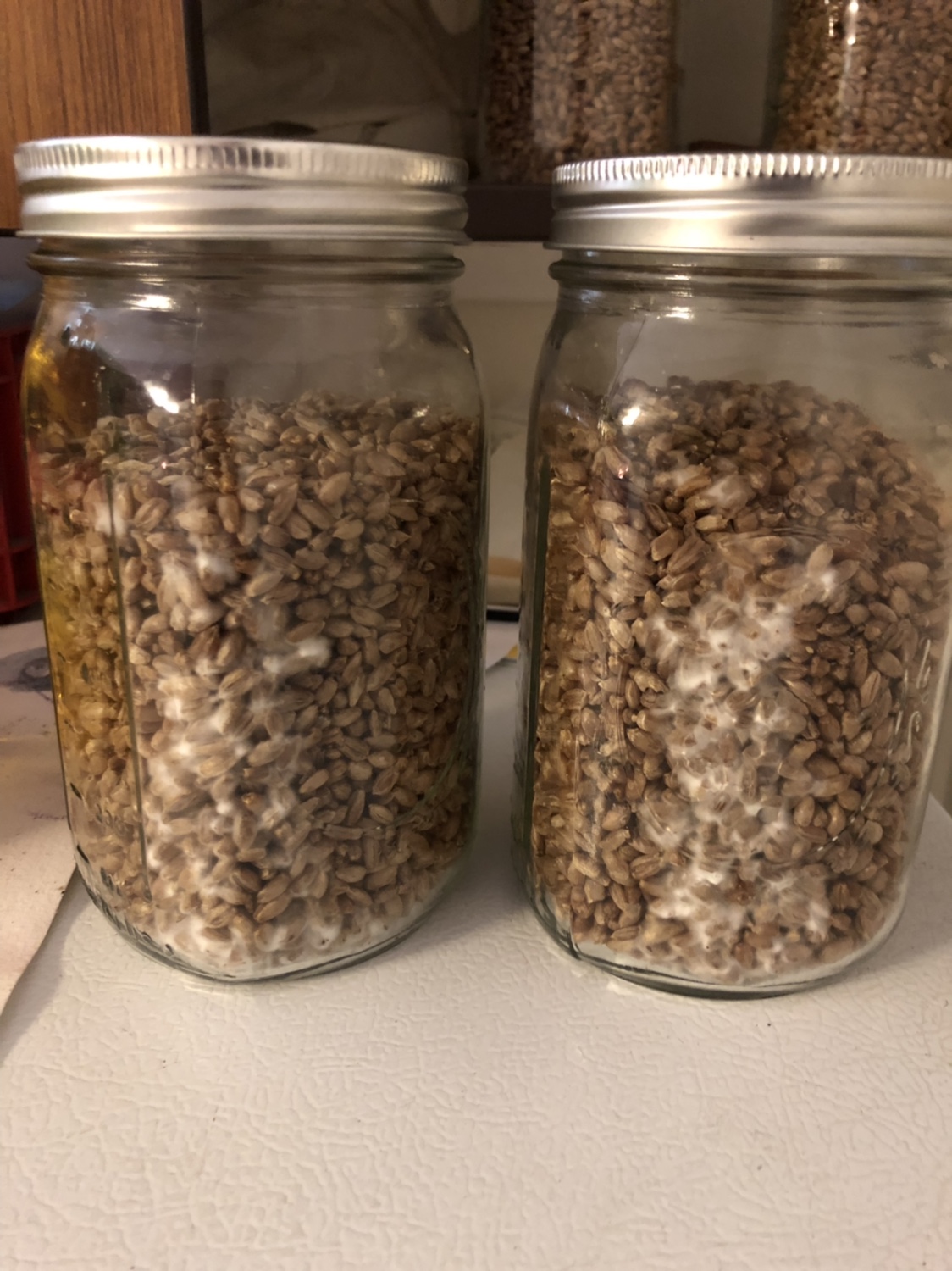 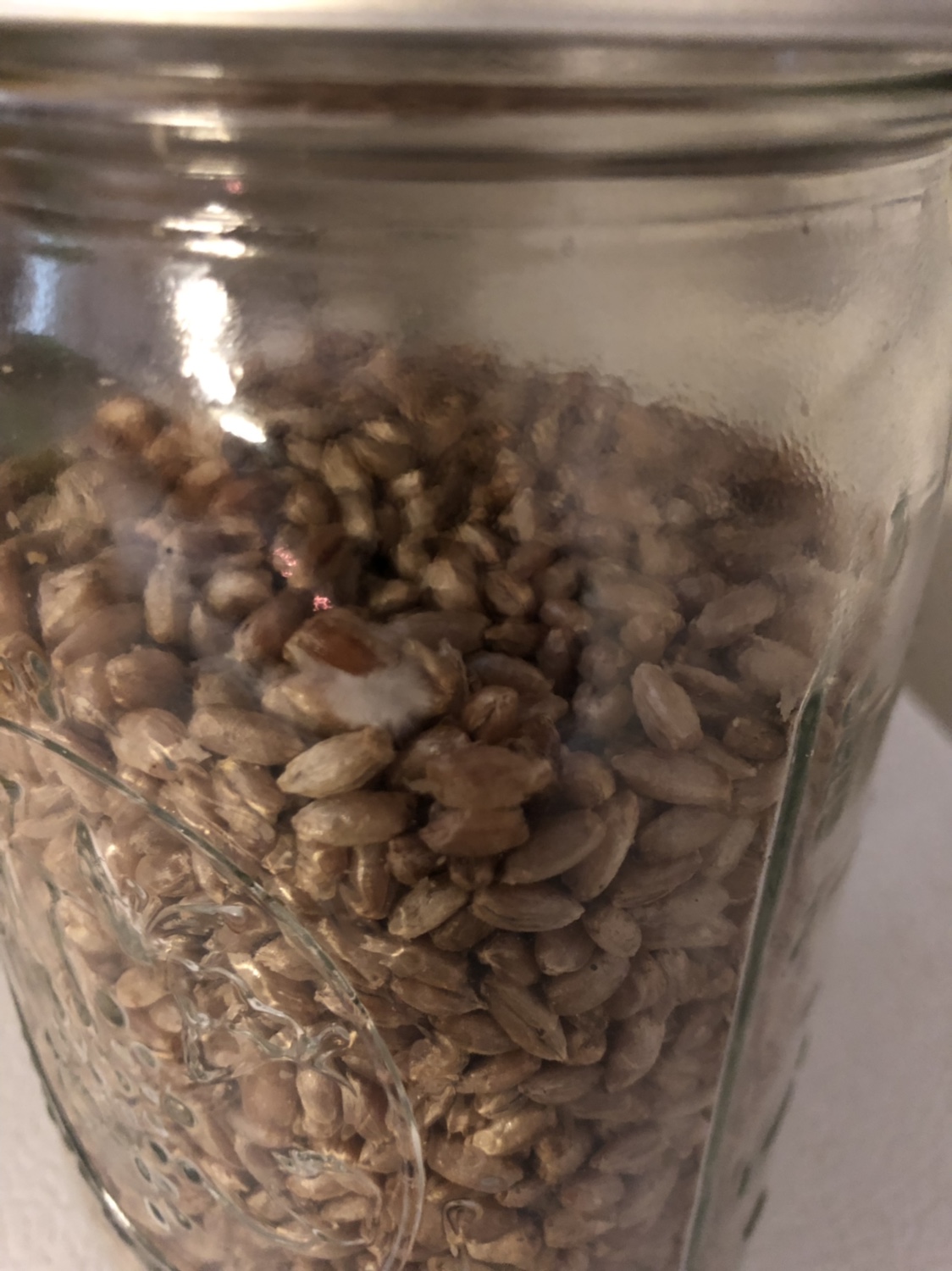 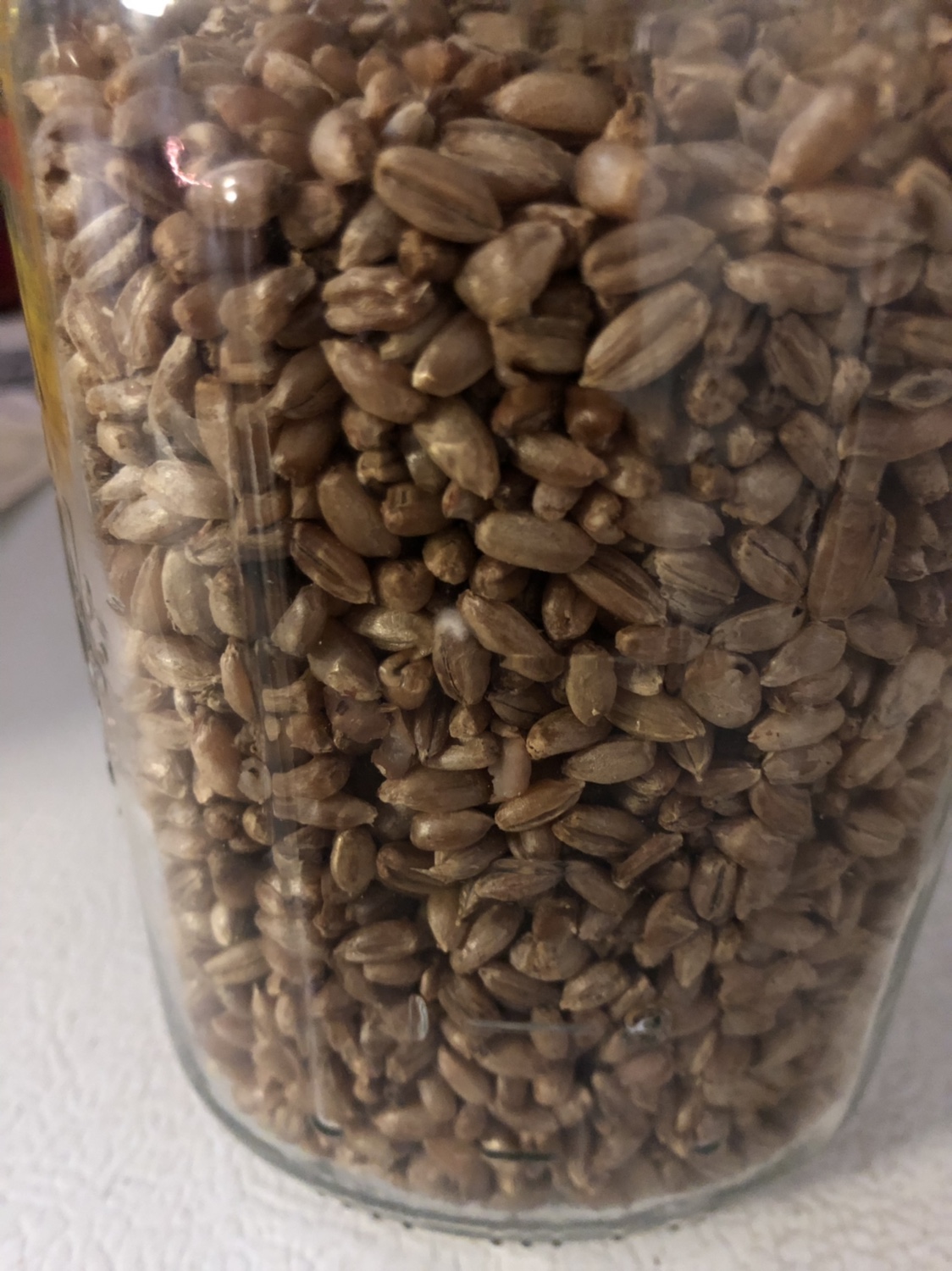 
I have a jar that I have tried to begin a liquid culture with, its,.. ify atm will write up an update soon

The RW jars are really well colonized in a ring all the way around the bottom and filling into the center any ideas when and if I should shake them? Also,. The SA got Rolled around once is why the one spot of colonization is beginning in strange spots

The RW are probably about ready for a shake. Can't really say without a pic though lol

The first pic of jars was the RW and I did go ahead and shake them after thinking on it a bit,. They seem to have not stalled,. The SA show more sites where myc is growing and spreading,. The only thing I still am a bit worried about is the liquid culture,. When I woke up this morning took a look and there was a very visible white Smokey swirled layer at the bottom kind of like an entropy project with a food dye, if that makes sense? My first instinct was to just shake her up and check again tonight and again tomorrow when I’ll have a more photogenic result to post,. Well, till then I suppose,. Peace fam


P.s. will give a full photographed update on all jars probably tomorrow

That's how LC's can start off looking. How many days has it been since you innoculated?
Also it might be worth adding that I've personally never had a success making an lc from spores. Always had to start with agar and transfer a wedge to the LC

There is some self satisfaction that come from that liquid culture the day that is goes from cloudy full of particulates to crystal clear full of clouds of mycelium!

Thanks for the encouragement I thought it is probably in a strange inbetween stage,. Pure white cloud that swirled around then disappeared as I shook 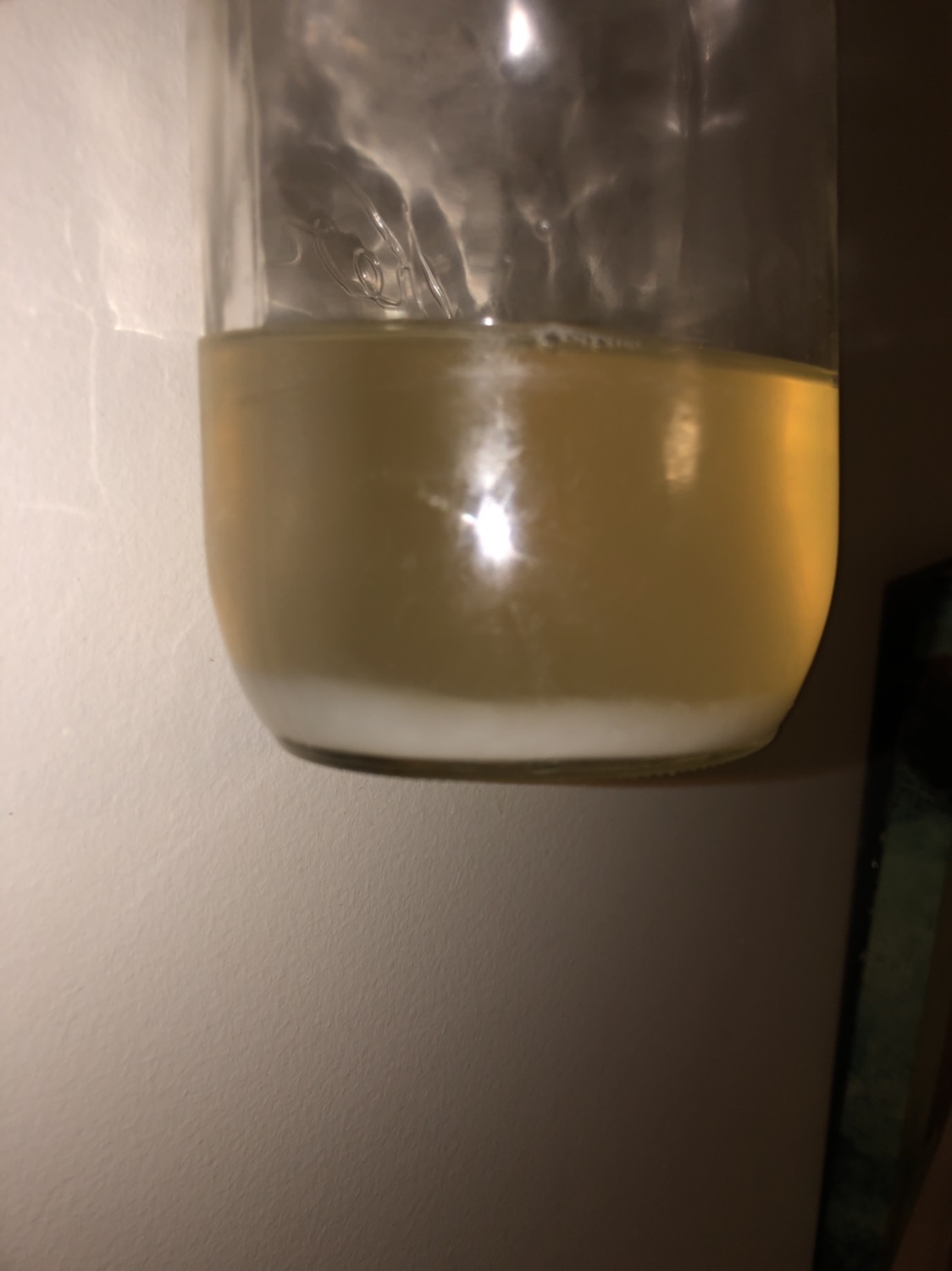 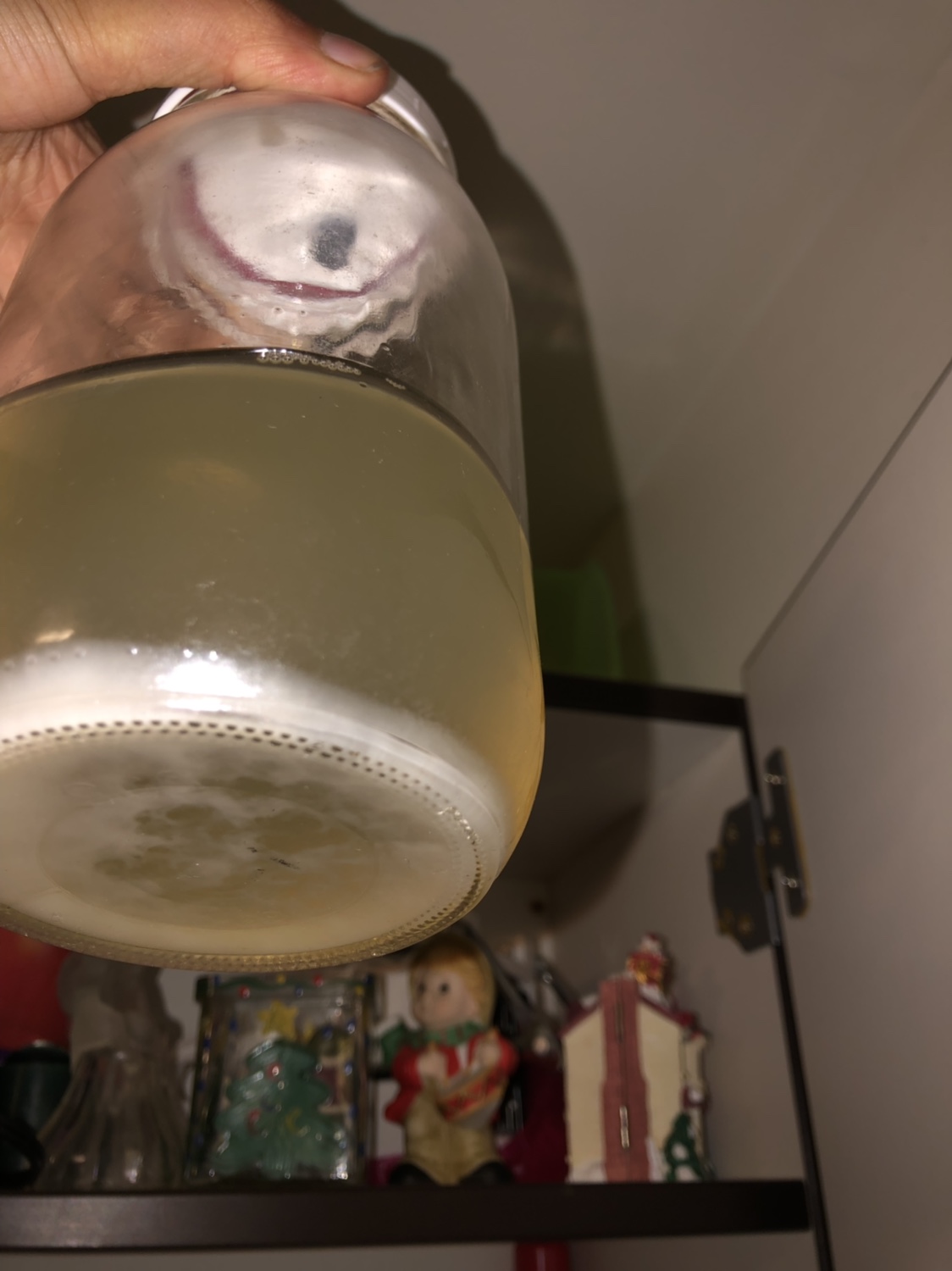 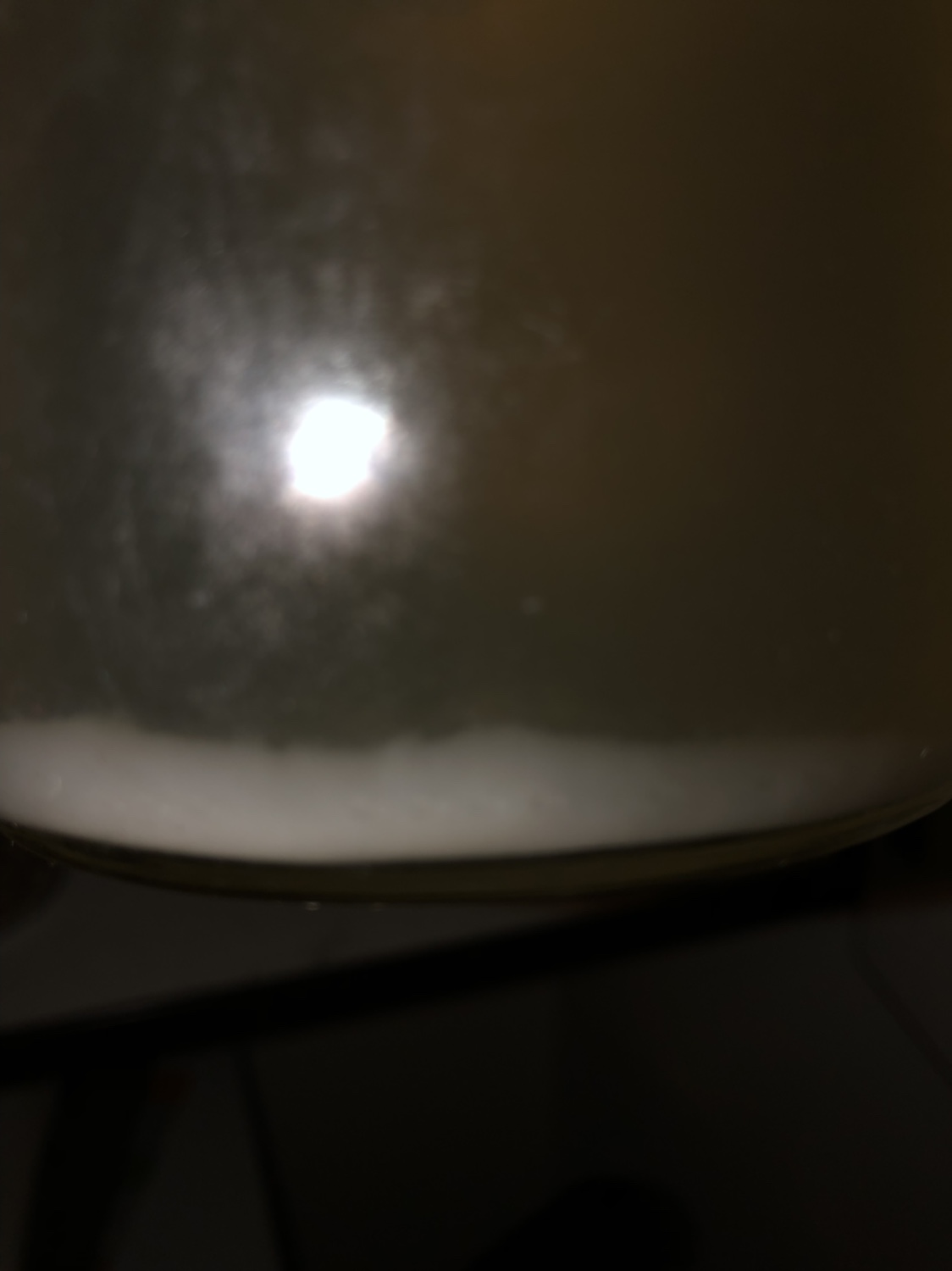 Both of the RW jars from different angles,. One of them looks further along but I believe just was t shook up as much 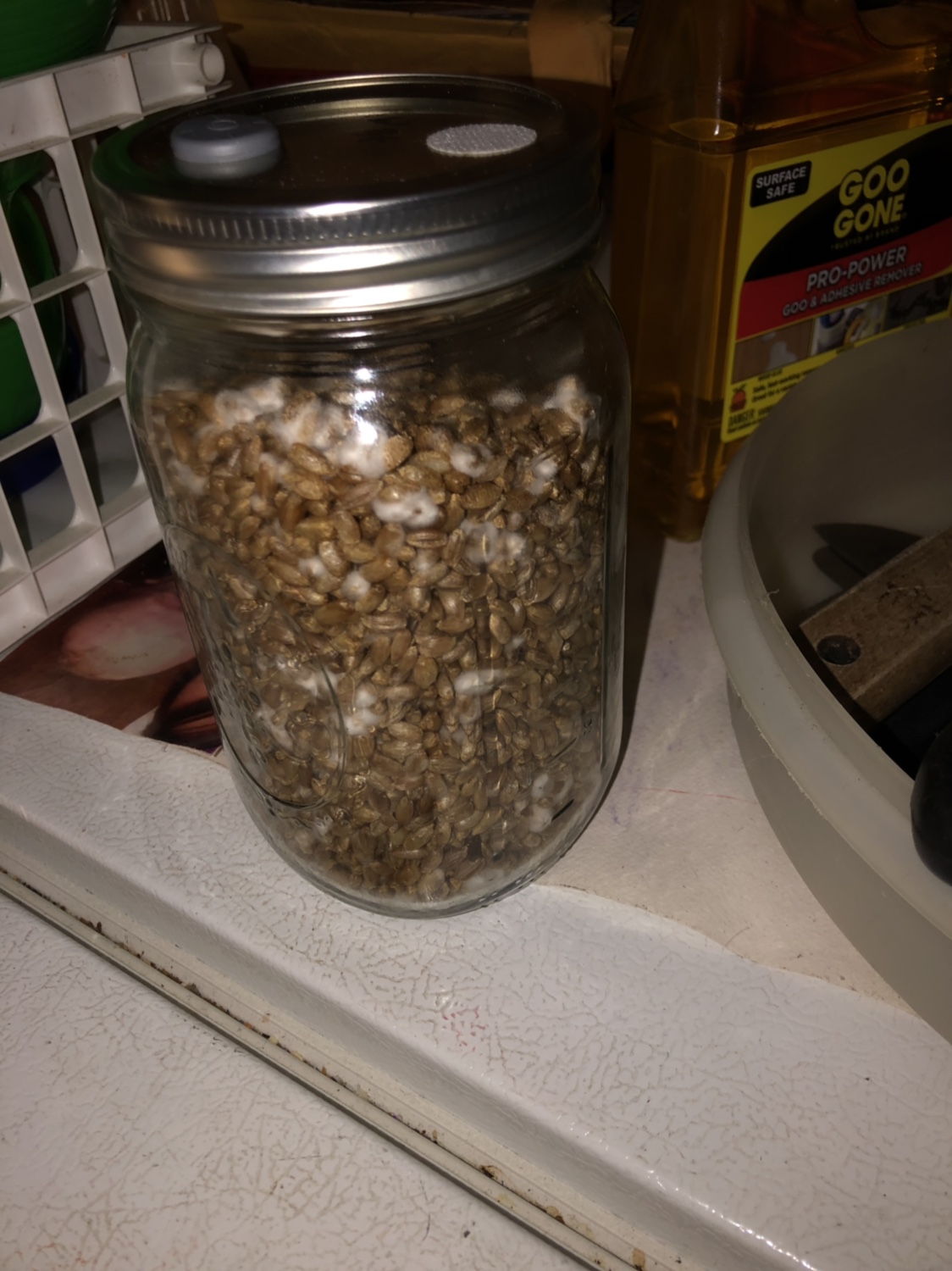 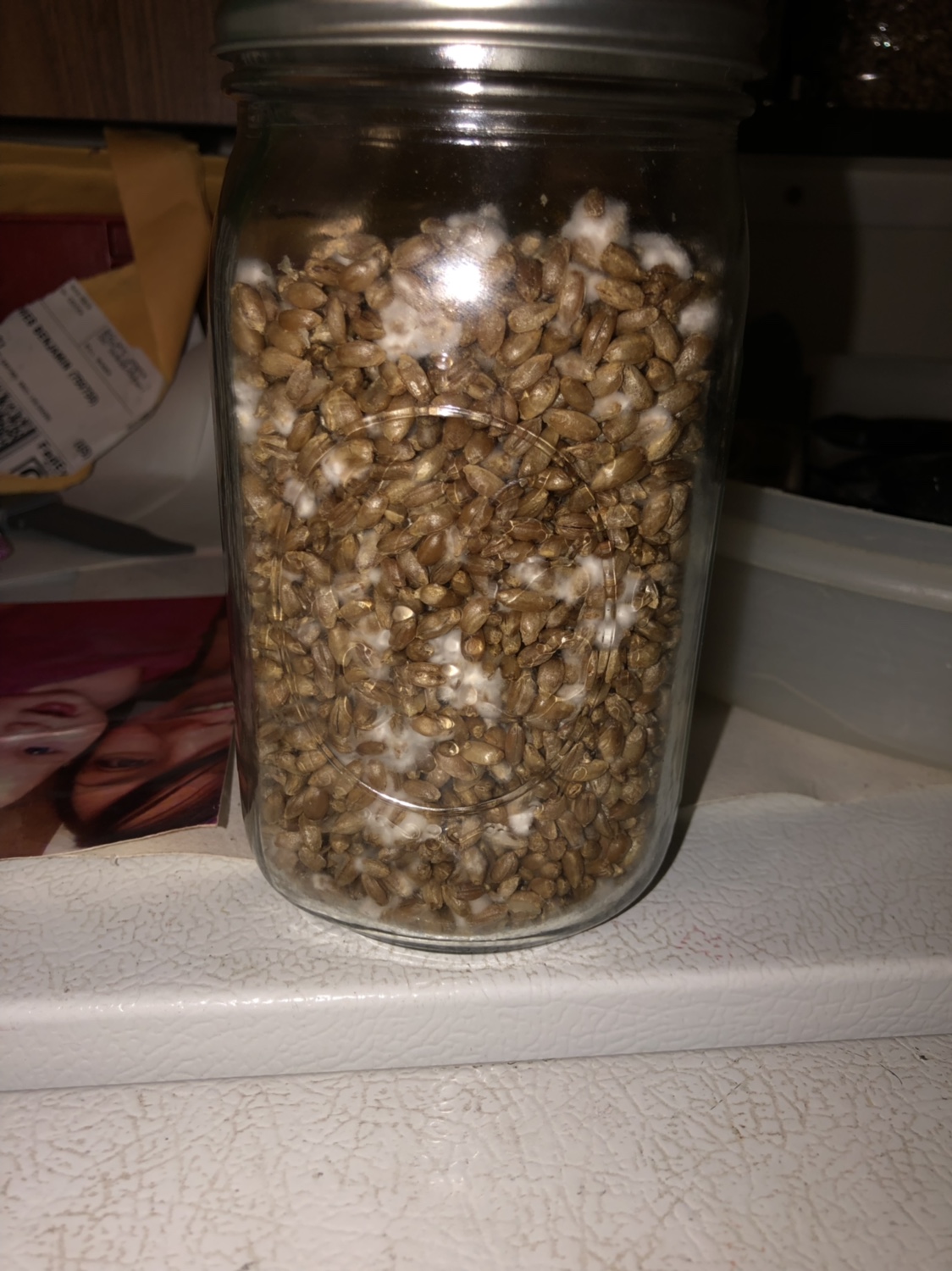 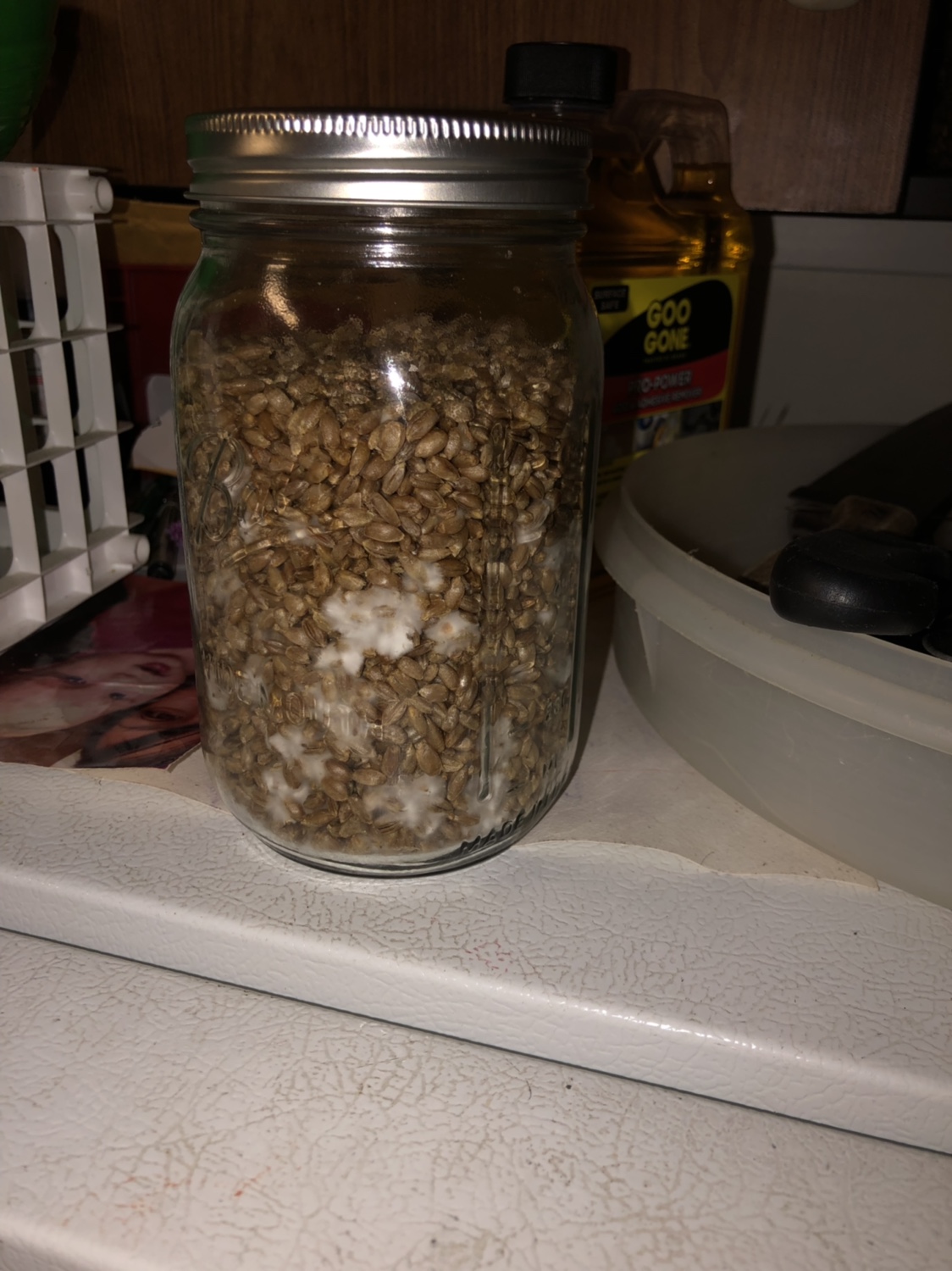 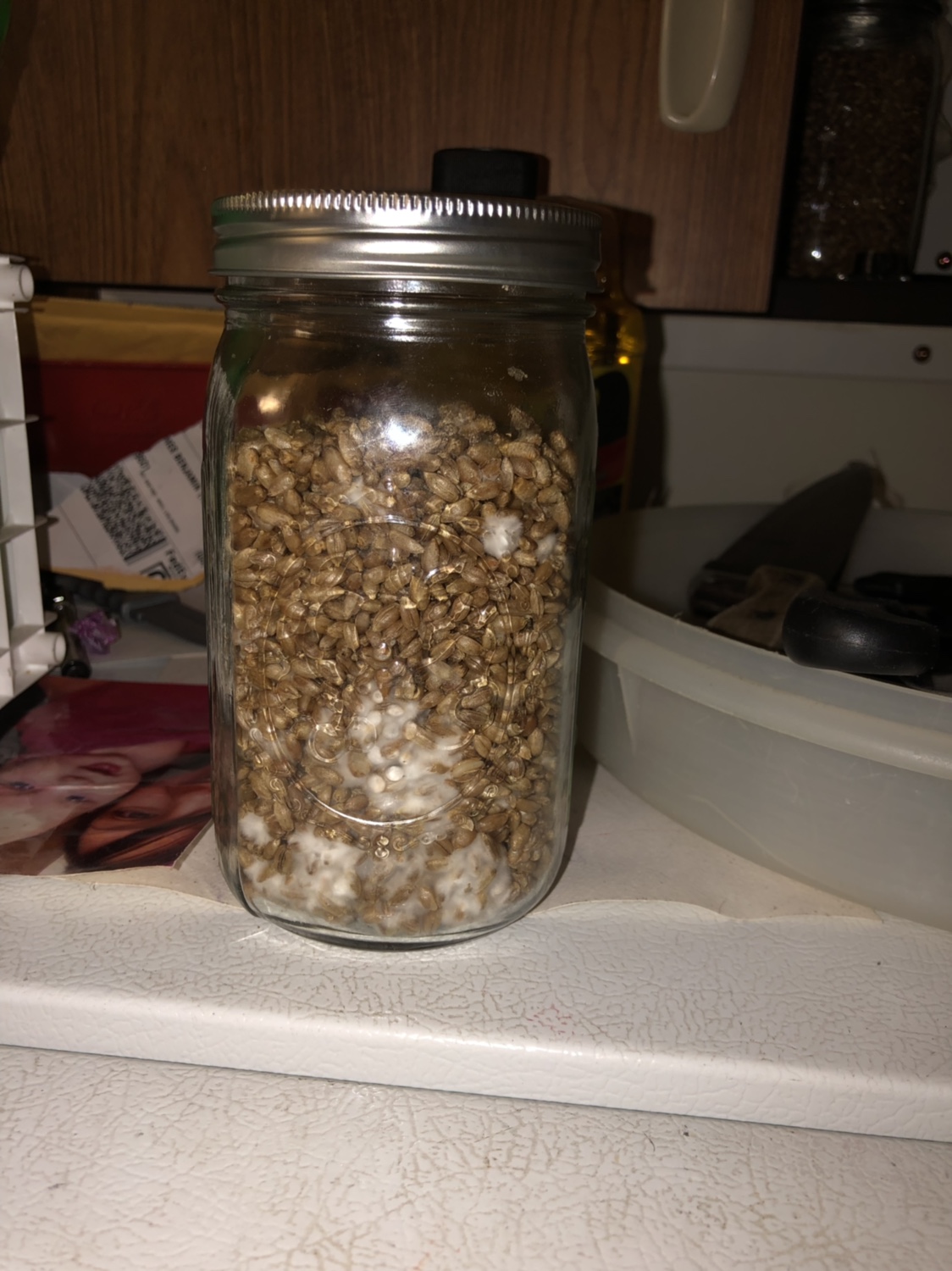 The SA jars are so flipping slow,.? This strain I swear,. Well I started it because I read everywhere it was a fast colonizer, great for novice and expert alike ?? Not even including pictures, wish I woulda listened to CoorsMikey and done all one strain,..

It looks almost milky but I think that's just the pic not doing justice. I had to look back at an old pic of mine and before I commented. One of my jars looked milky in the pic too but it looked awesome in person. I think it looks good but you can't ever be sure by appearance alone with LC'S so make sure you test it out before you noc up a bunch of jars/bags.
Here's the pic I had to look back at. The tamps look milky in the pic

Yeah I was planning on mixing up the same potato water / karo with some agar agar powder? Or?

Can someone please elaborate the reasoning behind why I see tons of LC threads here and elsewhere on the web saying do not use spores for your LC,.? Is it purely a contamination issue? If so is it really oh so beneficial to begin on plates, if you gotta check on a plate before spawning,. Than I guess I can see the reasoning for doing agar first,. Excuse me if I answered my own questions,. Thanks fam!

Yeah man I thinks it mainly a contamination issue. Like I've said before I never had a success using spores for LC. Tried at least 6 times never had germination.
However since I learned to make clean cultures on agar and started using that to innoculate LC'S most of my lc's are successful. I would say I maybe have 1 fail for every 20 I make. That's also under a flowhood too though. 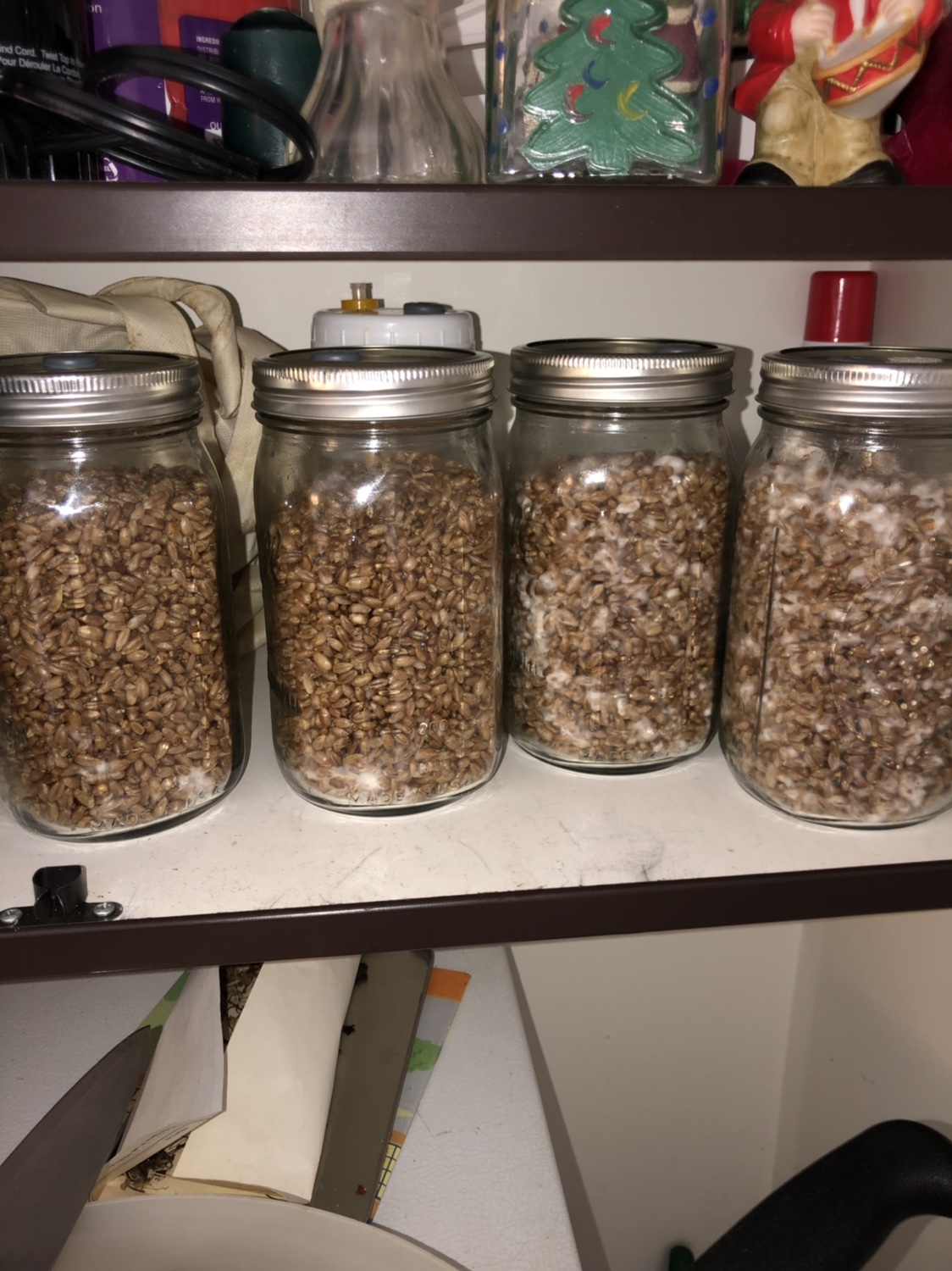 SA on the left RW on the right

But then what do y’all think of this black spot!!?? 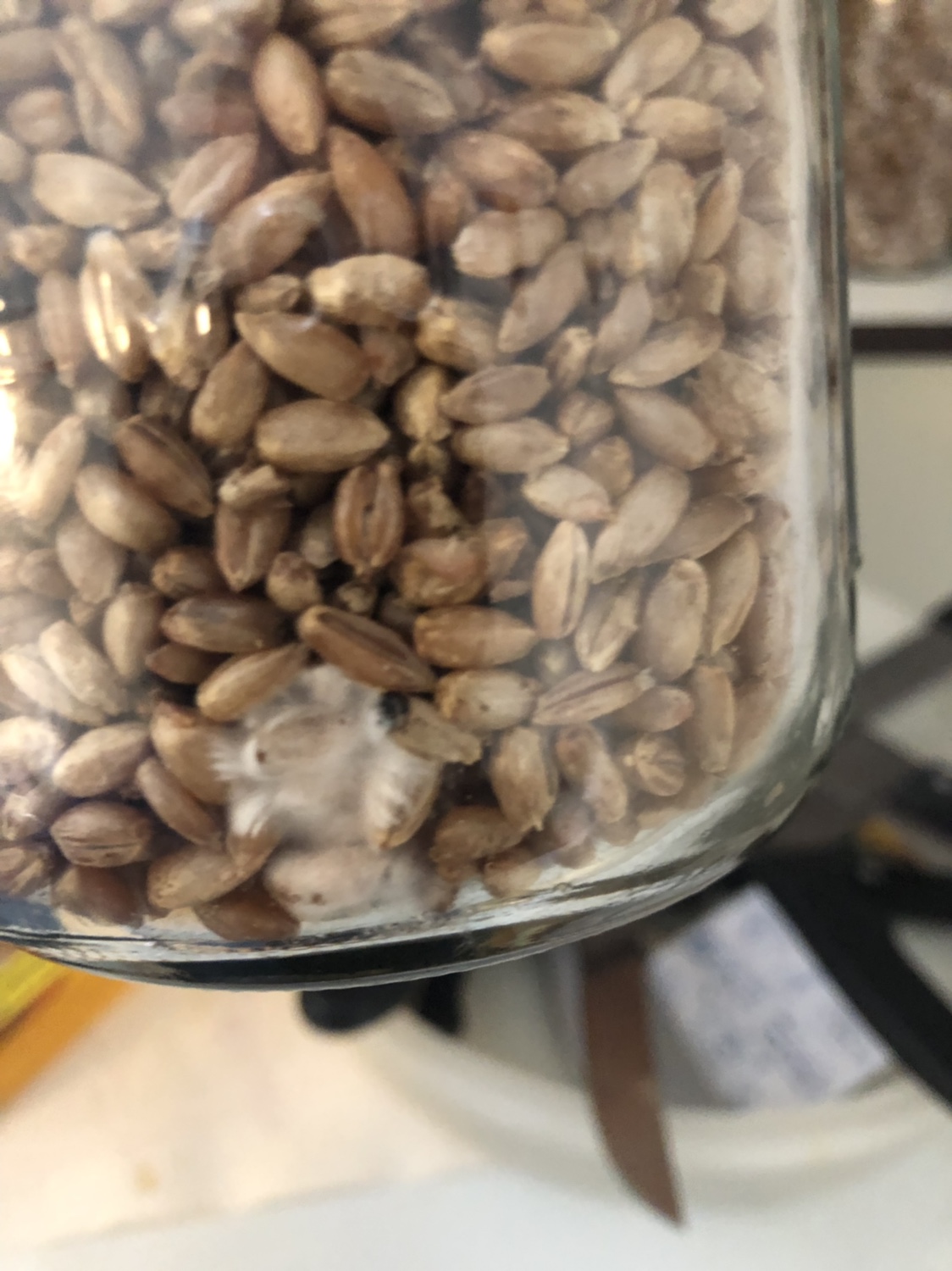 Just keep an eye on it. If it's mold it will likely take over pretty quickly. You will definitely know if it's something to worry about. Could just be that grain had a dark spot from the get go. Did it just pop up and if so do you think you may have just overlooked? Or is it definitely new today?

Damn man looking good I'm still tinkering around with WBS and BRF right now but you seem to be on your way! My RW are at around 80%on BRF and I just noc'd up my Pasty plate dishes (attempt #2). Keep us updated. Good luck!