That is sweet! It looks like it is making some "fins" on the sub, the blue on those is crazy!

Are they sporeless or did you catch them just right? What method did you use to cross them?

Geezus I've been way too busy here at the acre and neglective of my fungi family.........Garden beds are now all planted and I'm still planning more actually....got new logs to work with and more of those coming too....

And....I'm taking a new position in my professional life as well.....all the while loosing my extra weight and trying to build muscle (fighting the downward trip to the dirt the whole way)

Just an update on the cube tub. With pins you can see!

Some Phatty Pins you have there JK, and plenty of knots forming... well on your way.  Nice Work!

Loving the clusters, good clone coming from this.

Finally got a good batch of Tampanensis.
Started working on these a year ago and they've not been very cooperative up until now

That is sweet! It looks like it is making some "fins" on the sub, the blue on those is crazy!

Are they sporeless or did you catch them just right? What method did you use to cross them?

Thanks Yoshi. Just mixed the two sets of spores together in good quantity on agar and used the tip of the scalpel to really mash them around. I try not to have a lot of distance between the spores and try to homogenize the two sets as much as possible so there are not too many little colonies of one or the other. My madness methodology is to create a healthy abundant environment where spores have a lot of partners to choose from to give me the best chances of genetic vigor and long term prosperity. I have yet to mix two sets of spores together that did not result in obvious (to me anyway) "blending" of traits. I think there is a lot of conscious interaction going on when they commingle like that and having a lot of spore means they have the opportunity to "breed" or pair up out of desire vs. necessity. I can't say for real or prove in any way that "hybridization" occurs but I think that term is very limiting when it comes to fungi in general. It's a great term when working with mono-cultures and pairings like that which can be incredibly rewarding and timestaking.  We are really only scratching the surface of how and why they behave. I am having fun observing for sure.

That culture had a nice delayed spore drop. They dropped heavy when they did and I made a couple dozen nice prints. They got the super early veil break/non-veil (pop while pinning if they are there) but then a super delayed spore drop from the Playa Uvita. If you look you can see way down on the stem where the veil was. Several of the other cultures from the same germ plate ranged from no drop to heavy early drop. These are fascinating and they will kick out nice canopies in squat tubs giving more canopy per sqft of usable space.

Several of those fins were cloned for further research.

Found these in the old sub pile, the slugs beat me to a few of them. They'll get dried and eventually added to a batch of honey.

On a side note, I wonder if you could make escargot from the slugs and trip? :)

Well you win some and you lose some. Took 8 months for the bag to turn green. 6 months for first flush.

Small grow took about 3 months and obviously better genetics. Dumped about 6 myco qts of semps, mex, and pans outside as I'm too busy for this. 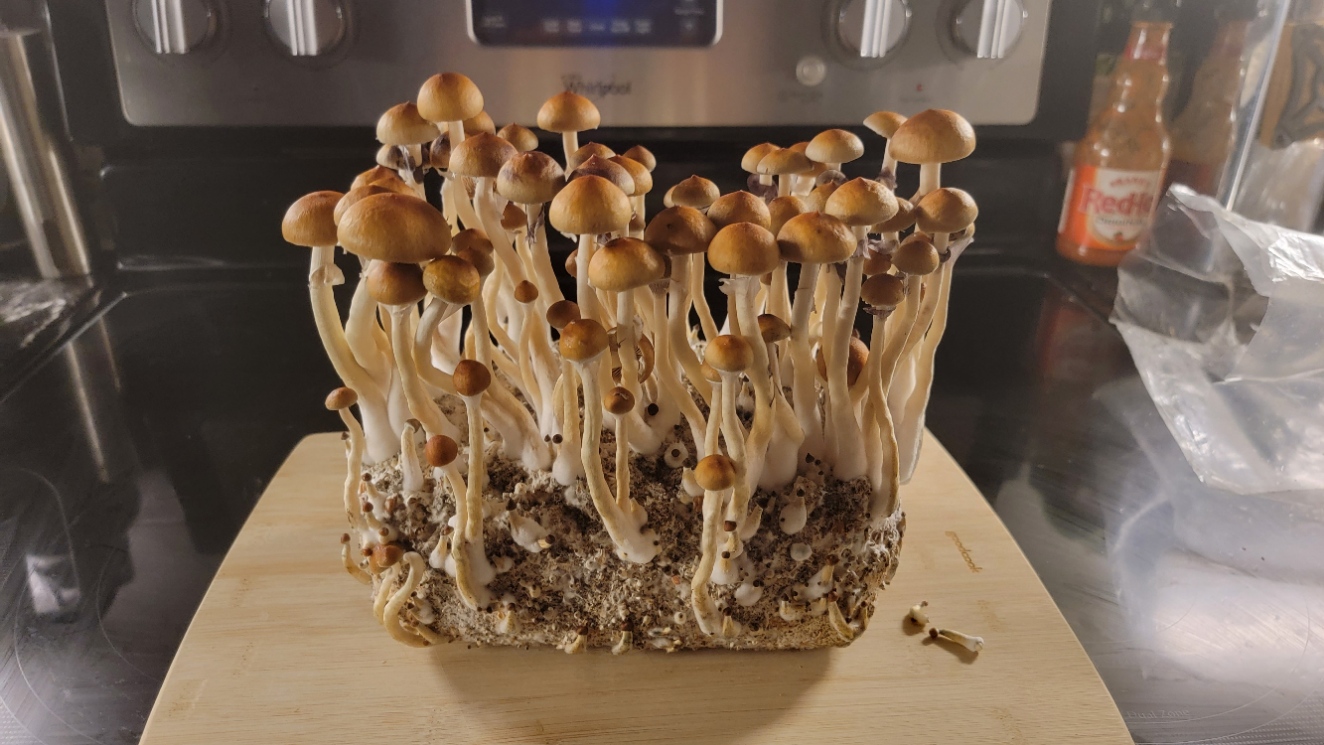 Loving this Charcoal PDA. The contrast is awesome. 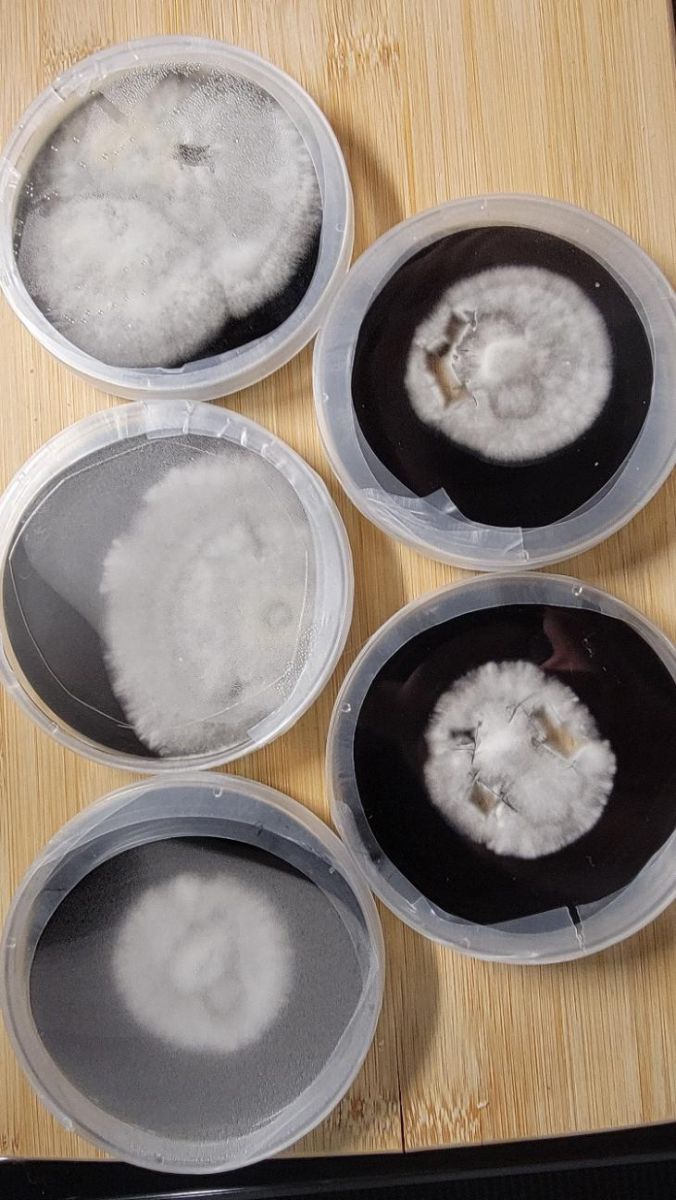 Here's that tub about to get

This is the culture I call "Medusa". This is first generation from wild spore I collected in 2004 in Costa Rica near the town of Uvita. These photos are from a couple months back.

I can see why you call that one "Medusa" Nichrome, almost looks like a Natal tub.

Here is BK Mak in a bag. Unfortunately they were all growing sideways towards the window and fell over when I cut the top off. 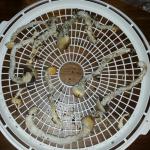 They did have a nice strong mush smell, the bag grow probably helped that a little. I was ripping the stipes in 1/2 to dry and the had some nice bluing. No idea on potency, they'll most likely end up in a batch of honey with their friends. :)