Not exactly a cultivation pic but , well 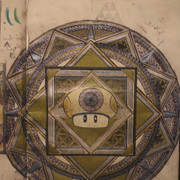 A munchkin in the land of giants 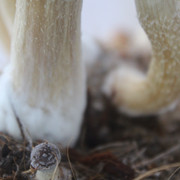 Some pan cyan "Hunter Valley", I'm loving the frilled edges to the caps.

Switch it up today, LM grew right through the filter patch. Going to be TASTY!

Shiitakes for my Birth Month.

Those are beautiful and very thick! I love the dark rings on the caps in the last photo. Do you have these under intense lighting?

Those are beautiful and very thick! I love the dark rings on the caps in the last photo. Do you have these under intense lighting?

Yes, the light is strong.

I thought so, they seem to really appreciate strong lighting.

Clone hunting. AA+ ms. This one doesn't seem to dump spore everywhere so will follow that direction. Purple handle tub with botched mp'd holes. Not bad at all.

Probably some playa genetics in there. There were plenty of those going at the time right next to the AA+ that made the spores for that ms. The fruits with the funny stems had other playa traits as well. There were also clusters of classic albeit gold toned AA+ in this mix too. There were several 100+ fruits in this tub. Cloned several. We'll see.

Genetic drift happens a lot more than people notice. If you've let more than a few cubes make spores at all in a given space it's certainly happening.

Lately I've been taking to finding the cultures they use to design themselves and it has been going well. Veils encrusted with spores, colonies that form from spores germinating on caps, and things like that.

Colonies like these that were put specifically where I might notice them by creatures I raised from spore. They know I know how to take care of them so they put things where I'll see. They have a beautiful language.

I think they know what they are doing and maybe I should just listen better. Maybe they put a lot of forethought into genetic artistry/design and they put spores where they want them for purposes. Very advanced lifeforms that know how to design themselves making new bits of code and adding it in to their own personal matrix, for love and health.

Where's Waldo?  Pretty sure there is a PIN in there somewhere