Cookin' in the kitchen of love - Cybele's agar log


46 replies to this topic

That leads to the testament of making multiple transfers. The first time I decided to pull out these spores that were in a storage unit for years inoculated three GT, all of them turned bacterial. I decided to also try the KS this time and increase the amount of transfers.

It may have taken 15 plates, but eventually I was able to get a clean culture. Something that went from dormant, and filthy to viable within weeks. That’s magic.

I believe that the green mold came from the prints, but one of my dub tubs was taken out as well from some type of green mold. The jars have since gone into the autoclave, and the tub dumped. Hopefully this doesn’t negatively effect my future cultures, and grows. I have cleaned thoroughly, and continue to do so. It’s hard imagining that by trying to get a culture of a dirty print I invited in competitors, and handed them a buffett. Name of the game.

Another GT tub I previously spoke of is fruiting now, and tonight I am going to grab some clone cultures, and prints. Looks like things are picking up, and going very successfully!

I did successfully, after 8 attempts, get a live clean culture off one of my old GT spore prints. I’m going to keep that one in the fridge, and isolate it further as there was a copious amount of germination points.

For now however, I am shifting gears towards something else, but along the same lines. Both will give me diversity within the same species.


The day after my last post I successfully cloned FOUR pieces of tissue from the same pin! Now this where it gets funny! 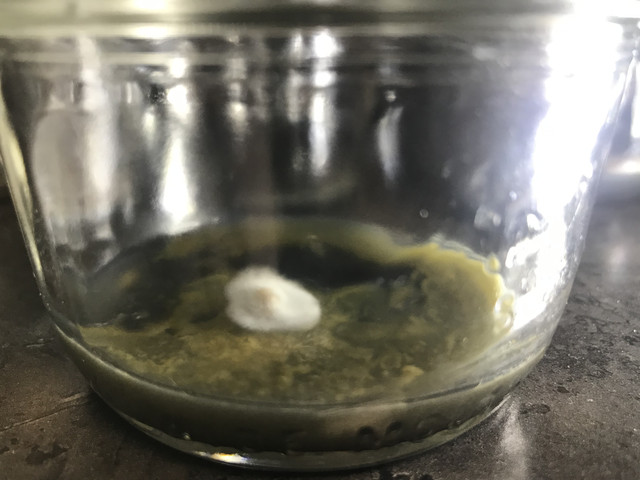 [This is not that success story, this is from the clean tub]


I only had two six quart tubs growing, dubtub method. One contaminated, and one did not. The one that was contaminated had set pins a day before the contamination was visible. Once I saw the contamination it had taken over half the surface so I rolled off a pin not the size of a pinky finger nail, and covered it in a H202 soaked paper towel. Not even cloning it immediately might I add. The other tub had shown no signs of contamination so I moved it away from the other.

That night I took four tiny samples almost impossibly, transferred to agar and left the pin in pieces. Four clones from the contaminated tub, and all turned out flawless. I don’t think anyone would have attempted to take anything from that tub.

Two nights later my second tub is done flushing and I cut off larger size to work with off of a decent fruit. The largest I have ever grown for sure, and all four clones contaminated. 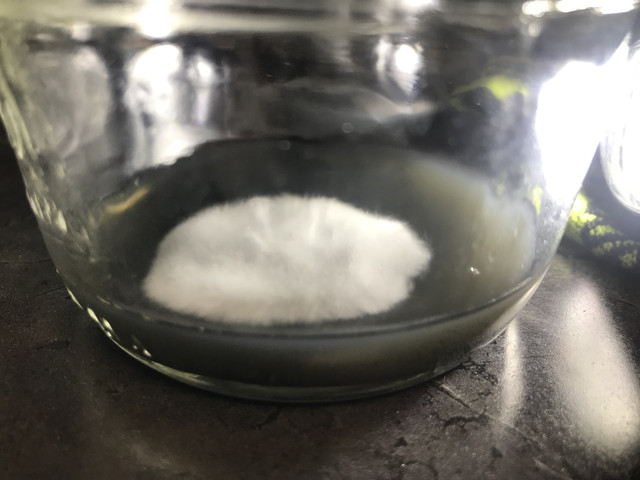 We have five active cubensis plates. GT.
Four are the clones taken from the pin.

One was split between two jelly jars full of corn for another thread of mine.
Two where used to start their own quart grain jar. (masters...ish)
The fourth was left to grow as the culture seemed slow in growth, and was tomentose in appearance.

The fifth was the culture taken from the old print. GT as well.

I picked up a set of dental tools to do more precise transfers. I’m sure with practice I could get better with a scalpel. I just don’t believe I’m going to prefer it.

Also made up some MEA without the activated charcoal to transfer some of these cultures out.

I’m not going to be able to get HPOO for another two months. So the bulk of the work in this thread (for now) will be working towards establishing the healthiest Golden Teacher genetics that graces me.

I’m also looking for genetic anomalies such as leucistic traits, and albinism. I can only assume that working with a single species will increase the chance of either occurring.

I have attempted to, at the least, update this post weekly. However, I am having a problem that isn’t negative in nature. Prioritizing my down time puts me mostly working on the actual projects, and does not leave me with much time to post.

This is a semi-formal grow log in the fact that I will not actually start tracking dates, and stats until I have isolated cultures that have been tested (fruited). So far it has been a pass or fail system as I learn the procedures, and gain familiarity.

I would like it’s purpose rather to be a thread that shows someone starting with absolutely zero knowledge. It may give others the opportunity to see some obstacles they themselves may bump into. 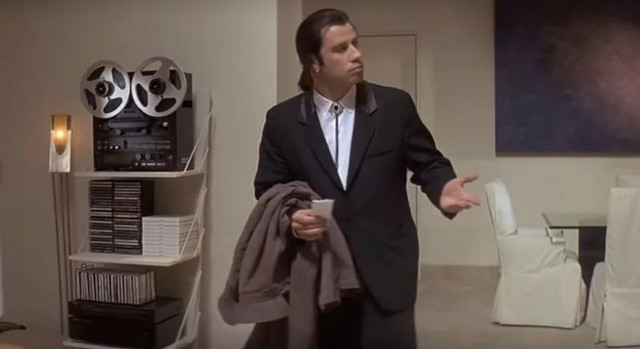 Obviously the number one take away from any agar thread is to simply do it! Every failure is a success in that you don’t repeat it next time. Agar is an ongoing progression of working to procure a culture you hold highly. What could be a never-ending cycle of transfers, testing, printing fruits that you grew using agar, and repeating the process all over. Ultimately teaching you every step of the way.

Within days I had success, within months I had lovely cultures, and a mass of inoculate. It’s win-win.

Onwards to the update! I didn’t post many pictures of the cube clone plates going. Not to worry though, I managed to get SIX plates started last night. I made three transfers each from two of the best looking plates. I will make sure to post pictures of their progression.

Here is a sneak.. *Also, I previously mentioned ordering some dental tools for transfer work. I am extremely pleased. They have increased my capabilities, and aided in grabbing the smallest amounts of myc for transfers. 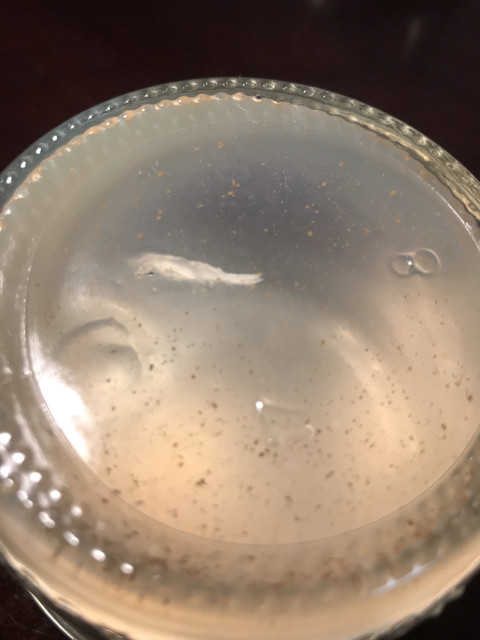 As mentioned in the previous post we have five cube plates. These are the best looking three, and two of those where chosen to be transferred out. What was left got divided between some quart jars. 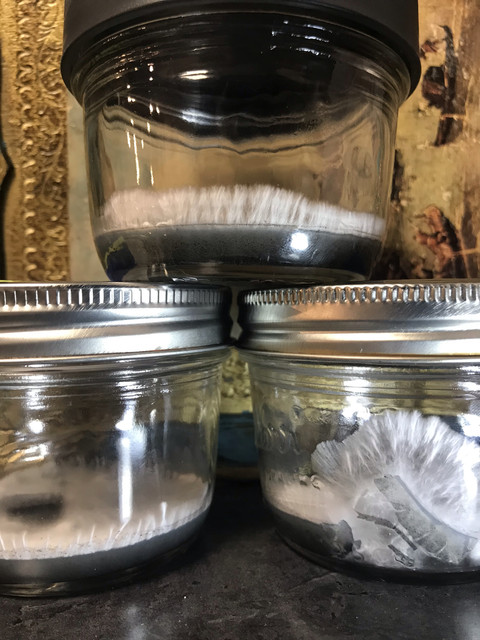 [You can see four varying types of rhizomorphs] 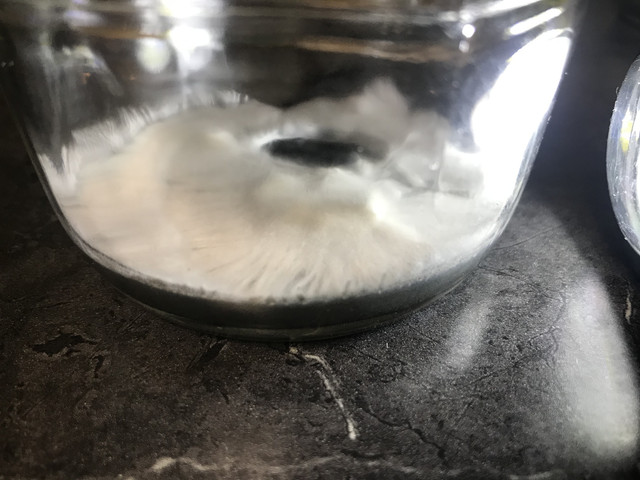 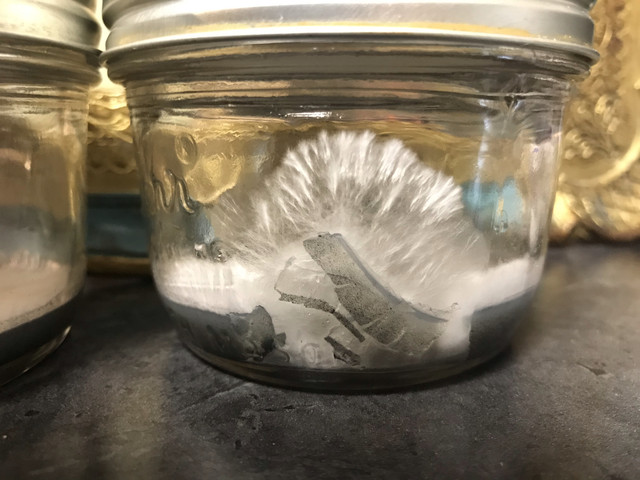 Great looking agar jars. Making progress! Keep it coming, learn as you go and hopefully we can learn something about that too.

I inoculated two quart jars on the 12th of December, and both have fully colonized in exactly 7 days. No contamination’s have made themselves known. That is going to mark my first successful A2G transfer, and my first time inoculating without a spore syringe. I’m working with clones, and prints of my fruits from my last spore syringe. Meaning here soon I will have gone full circle, and will be able to manipulate the cycle in various ways.

Watching them I verified my Oat jars were sterilized properly, even though I let them sit almost a week before the transfers. I also verified my technique, procedures, and tools are *clean.

With that I decided to transfer some remaining plates into fourteen remaining jars. It’s about to be busy around here.

The six clone plates are growing steadily, and at five days have covered 20% of the surface.

Two transfers in for each plate.

I believe the colonization time differs depending on the transfer as well as genetics. It took 2-3 days for my clone tissue to recover, and start spreading across the agar on the first transfer to agar from the fruit. Then when I transferred mycelia from the clone plates to new plates it seemed as if it was growing after twenty four hours.