So I've made note when I discover a piece of art that reminds me of the effects of psychedelics.

In the 3rd video, the good stuff happens at about 5:40

Jump to 3:30 for the mushroom trip part. The first is some high grade pain killers

Also annihilation makes me think of the best visual representation of a trip looks like. The sort of fuzzy shimmer thing.

Another movie I just watched was midsommar. . Unsettling horror movie that uses psychedelics. Good one for this community.

You can add Mandy to that list as well, if you dare

I'm glad my trips aren't like horror movies! Well, except for Salvia, sometimes.

Any time I try to find an image or some youtube video of zooming fractals or a heavy atmosphere that captures a psychedelic experience I always eventually decide that whatever I've found might be like a trip, but not enough like a trip to say "that is what a trip is like."

There's always something missing and it took me a while to figure out what it was, and it was that the visuals of a psychedelic experience are not the important part. If they were then looking at trippy videos or staring at Alex Gray paintings would bring the insights gained by tripping. Which they clearly do not.

But the parts that are important/meaningful are not amenable to being represented visually even though they are intertwined with what is visualized during a trip. I'm guessing that's due to the element of synesthesia that's often involved. When emotions and impressions and sensations become colors, or visions of memories of other times and places manifest or we understand what "infinity" means at an intuitive level (etc.) there's really no way to relate what that is like to someone else through any form of media (including VR).

Now with that said, I did find one image one time that sort of captured how the Sun looked to me during the eclipse in August of 2017 when I vaped some DMT halfway through totality: 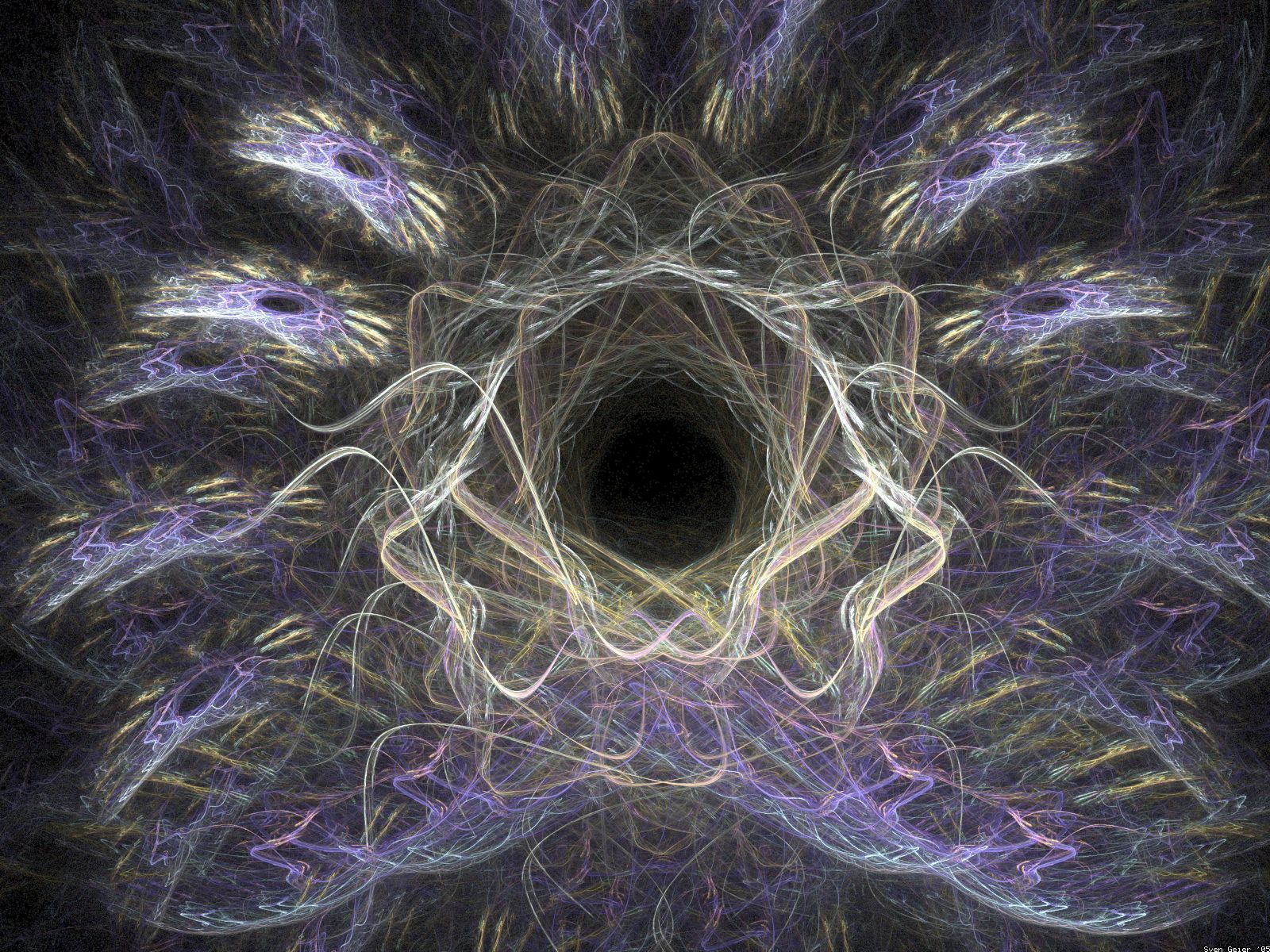 The tendrils around it looked more like DNA helixes and the black circle in the center was the blackest black imaginable. I will not miss the next one in 2024.

This is a photo of what the Sun looked like at that moment to cameras and people who were not on DMT: 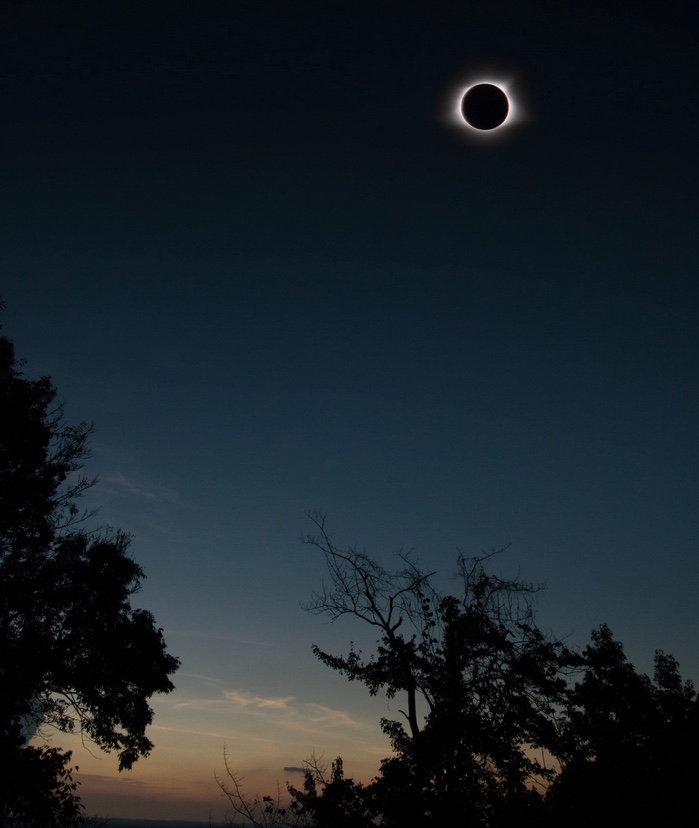 And then there's always wandering through the wasteland and seeing the mundane through different eyes...

Edit: And how could I forget the Deep Dream project? [Note: I suggest turning on "Safe Search" in DuckDuckGo before loading this page] https://duckduckgo.c...ages&ia=images 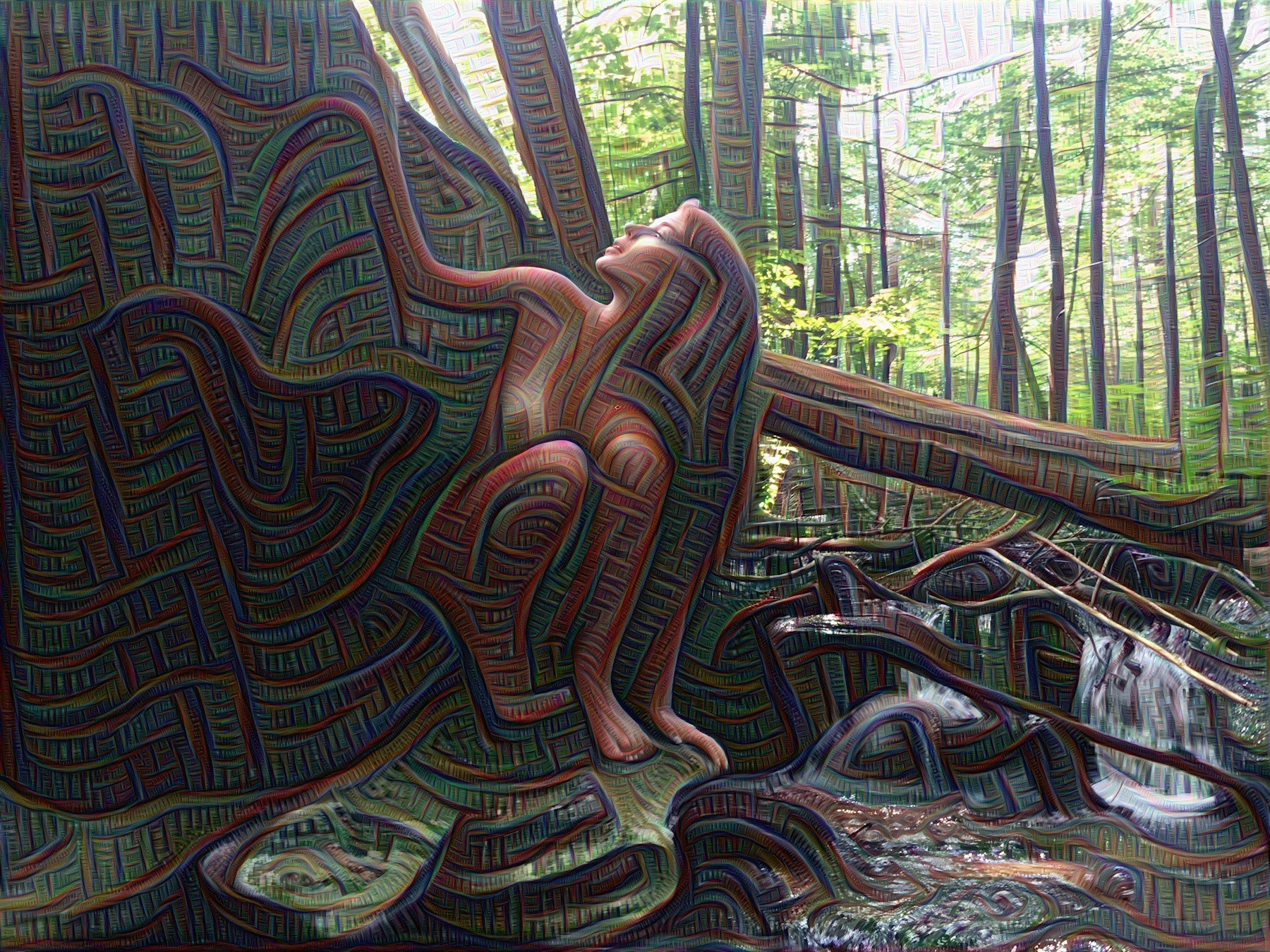 Yes, I've basically given up on showing people what visions look like because soulflyers don't see visions, the the visions leak out of their core as they be the visions.
Rainbow fractal patterns on a computer desktop are cool looking, but when they are pulsing out of your soul its like the intersection of the cosmic and the deepest foundation of your being, it would be an understatement to compare it to the difference between a charcoal sketch of a nude person and the act of sex itself.
I've never seen a movie with a realistic depiction of tripping, the best of them don't even resemble tripping in the visual element but try to represent it by metaphor. But its a metaphor you can only understand if you've tripped, and most viewers don't even realize its an attempt at metaphor and become shocked if they finally do take a psychedelic.
But, then, we all get a little shocked anyway don't we?

What I do is give a brief description of vaguely what the visions may look like and then try in vain to explain how it transforms the mind and soul.
They can find out what the visions are like when they dose, but they really need to understand what they may face psychologically and physically beforehand.

I almost forgot about a technological advancement that could change the game: Those e-cig cartridges/toppers filled with DMT that are starting to get popular.

"Want to know what psychedelics are like? Got 10 minutes to spare? Great! Then tripping is exactly like this..." [then hand them a DMT e-cig]

Yeah like you guys said, its difficult because you are trying to describe a feeling. The visuals are just a fraction of it.

That's why I like the guys trip so much, If you somehow manage to watch the full episode you will get a better idea.

"nobody wants these clothes anymore".

"No i mean your arm"

Shows how it changes your perspective

That dream project is really cool. Looking at some of the pictures it got me thinking about their version of starry night. After watching this movie, it gives the idea that vincent was suffering from schizophrenia and that is what allowed him to view to world through a different lenses than us all. It sort of gives a whole new meaning to that guys art. Were these actual visual representations of what his mind was producing, more reality than dream

Laying on my back in the field. Looked to my side at the blades of grass and saw the neon colored loops of tension, like colored spaghetti linking each and every blade of grass. I sat up and got a better perspective. They linked everything, looking at my hands I opened them out and the neon spaghetti noodles moved and gathered at the tips of my fingers. When I reached out to touch the ones in the grass, theyvresponded like a magnetic field and joined up with the ones at my fingertips and grew more concentrated and vibrant. I felt I could touch the very life force of the plants and they in return sensed me as well.

That picture just brought that memory back to me. Awesome. I have no other word to describe it.

Yeah, that one stopped me in my tracks when I was browsing Deep Dream images.

The scenery looks almost exactly like the creek that feeds a friend of mine's waterfall where I like to go to trip in Summer (it's a big waterfall located entirely on private land in a small canyon that's never been logged so it's one of my favorite spots for tripping in all of North America; you can even climb up behind the curtain of water and sit there totally hidden and surrounded by a wall of water). And the face of the woman in the image has almost the identical profile and hair color to a woman I dated years ago and spent many afternoons hanging at that waterfall with. So that image is almost identical to some of my fondest memories ever. It's truly uncanny. All it's missing is a couple of hammocks in the trees.

Back to Storming the Gates