It's postulated that hericenones and erinacines are used as immune defense, but whether it's for bacteria, fungi, or virions I don't know.

The brine sounds promising but I think it'll be a bit acidic for the mycelium and may need Ph balancing.

I was thinking of putting a straw in the sub and funneling in some kombucha scoby, that way it gets a nice variety of yeasts and bacteria to send its immune response into overdrive.

But yeah, all of these ideas are in no way controlled. I think it'll have some benefit though. Even leaving the lid off for a few days is sure to flare up as much of an immune response as a city slicker homebody's allergic reaction to a hike through a mountain meadow in the spring.

If only I had a chromatograph

Think of all the myths we could put rest if we had a Chromatograph? Lets hope Santa brings one huh? I'm scared to look at the cost. Can we solicit a donation of a used one for the sake of science? You would think that someone that is regulated beurococy might want to see the result that a community like us could provide for the sake of science.

a few posts back  there was a breif discussion of why  Paul Stamets recomends a stack of lions mane , active pushrooms and NIACIN

i found a vid  , about min 26 paul sygests that niacin might stimulate nerogenisis .........about min 30 he sugests that a pharmasutical  version of this stack could be said . to prevent people from TAKING A BUNCH  to trip  THE HORROR but the unessential flush of niacin would prevent this .................Don Dhadow has pointed out you lose this flush after a few days when you get used to it ..well paul does say this is all just a hypothesis

How was the cyanescens mycelium on millet ItBeBasidium?
Im trying to germinate some old (5 yrs) P. cyanescens spores and fresh P. semperviva with intention to try out this tek. I did the agarwork yesterday, so we will see how things work out.
Thanks again for the P. semperviva! (whomever this may concern ;) )

Don, I'm trying your method for sending wedges today. I sure hope it works.

It works well in my experience, provided the sender follows proper sterile technique. Sometimes the wedge arrives a little bit smushed but it doesn’t matter as long as it’s clean. Even if you can’t see mycelium, it’s there, just transfer a portion of the agar to a clean plate and wait for it to fluff up.

Here is some info about the benefits of niacin:

“Some studies have found the taking niacin may help stroke patients. When rats with ischemic stroke were given niacin, their brains grew new blood vessels, according to researchers at Henry Ford Hospital in Detroit, Michigan. Ischemic stroke is caused by an obstruction within a blood vessel supplying blood to the brain and accounts for 87 percent of all cases. A 2000 study published in the journal Stroke also used rats and found that treatment with nicotinamide may repair damage to the brain caused by strokes.”

What would be the most stable way to suspend and preserve the potency of myceliated grain, and how long would it last before any noticeable drop in potency?

Normally, to get an estimation of the potency contribution of a monokaryote to a subsequent dikaryotic strain one would have to make many crosses and test them all to look for a pattern to indicate what gave potency, what gave weakness, and what was just average and that would be complicated by sexual incompatibility. Myceliated grain could greatly simplify that but to inoculate a jar with a new strain every two weeks so I could consume it exactly 6 weeks later would be a logistical problem. Much better to make 3 or 4 jars at a time and freeze them, if there would be no potency loss.

I'm two and a half weeks away from my first test. Hopefully 60 grams of wheat will be enough.

The next problem will be how long it will take to test 8 or 12 isolates. If I take low doses week after week it torments me greatly, so I'll alternate between a test dose and then 8 or 9 grams the next week, and repeat. For months.

I’m not trying deter you by any means, but I don’t see any reason to overcomplicate it personally. Inoculate several jars of whole oats or barley with Ps. semperviva. Wait two to three months. Dehydrate and preserve in glass jars with desiccant packs. Simmer the whole grains in water, strain and drink it down. It really works. 8 tbsp is very strong.

Im pretty sure that freezing the myceliated grain would be the best way to preserve potency. Drying would affect the total potency with the oxidizing of psilocin.

The question is though, would you notice the difference when bioassaying? With lab equipment you propably would see a drop in potency.

One way is to be constant with how you conduct your experiments. If you dry/freeze all your samples in a same way, the results will most likely be comparable with each other. Without lab equipment you wont be able to assess the absolute potency of each monocaryote clone, and in anycase your results will be subjective.

I suspect freezing would work fine. It’s easy enough to inoculate large quantities of this stuff so you can always make up a big batch of jars and preserve/consume each in various different ways. I’ve already done this to test the potency at various time intervals, and I’ve also tested the potency and ease of preparation of several species of grain. I found barley and oats to be the most potent, easiest to prepare and easiest on the body. Ps. semperviva was most potent at 3 months incubation. Also, the member that inspired this tek pointed out that Ps. caerulescens needs 3-4 months incubation time to be sufficiently potent. I and Samwise have only tested it at 2 months, and found it to be very weak. I have more caeru material incubating and it’ll reach the three month mark soon. Once all of these kinks are ironed out I’ll revise the tek.

Maybe I’m unclear on the benefit of isolating and testing monokaryotic strains? Personally I care less about fiddling around trying to maximizing potency and more about actually consuming the material, which I don’t find to be lacking whatsoever in potency even when using a multispore strain with no attempt at strain selection. Again, I’m not trying to deter experimentation, I’d be interested to hear what you come up with.

I don't find average multispore cubes to be strong enough. Four grams is an entertaining buzz that elevates my mood a bit. Seven grams is nice, I enjoy it, but it doesn't get me close to where I want to go.

Sure, some will tell me 'just grow pans and semperviva if you don't want to consume 14 grams of cubes looking for DMT-like intensity'. But breeding is fun...

We would only have an assortment of undomesticated varieties if no one bred the things. We wouldn't have things like PESH, the penis envies, etc.

Mandrake is right, and its a shame I don't have a chromatograph, but I'm reasonably good at comparatively evaluating potency. Its rare that one identical dose of homogenized material will hit me noticeably harder or weaker than another.

And, to be honest, since I don't have to do stealth grows 'overcomplicating it' is the only real reason for me to explore this. For its technical applications.

I lost my caerulescens to contams. But my pseudoaztecorum was ready today. This picture does not do reality justice.

It's just solid dark blue everywhere. I have almost 2 lbs dehydrating now and was going to bio-assay either tomorrow

Looking good Asura! A shame about the Careulescens but sounds like the Pseudoaztecorum could be another promising species. I'll be very interested to hear how the bioassay goes.

One more pic. Everything fit in a single quart jar with just enough room for a desiccant pack on top. You can

see the bluing much better here. But in person, it is still much darker.

Its really a good idea to keep jars labeled.

Pseudoaztecorum works. It is a good, true, powerful healing medicine. As often as not, I talk myself out of this work, so I am very grateful to have found the courage to take this journey tonight on the Solstice. There is a part of me that is scared of what the mushroom will bring to surface and that part fights tooth and nail to keep me off of this road. After tonight, I am determined more than ever to stay the course.

I made a lemon balm tea and then boiled 5 tablespoons of grain in it for almost 20 minutes. After straining, I stirred in a teaspoon of raw cacao honey. The taste was better than any tea I've ever made before, but I would not describe it as pleasing. Yet, it was just that.

Initially, I was underwhelmed. It came on so subtly, I didn't even realize I had transitioned. I walked into my restroom thinking to go once more before it started, and the dancing candle light made me realize it was already happening.

I walked outside to feel the trees and the stars and connect my mind to them and the one mind. Outwardly, it was similar to 2g cubensis - but there was also something more that I am unable to describe. I was making these associations when my dog started growling and barking and racing about. She never behaves this way. I could feel that she was very scared and wondering where I was - even though I was standing right in front of her. I knew these things. Our minds were together in one place. I picked her up and took her to the couch where I held her next me and closed my eyes...

...and the vast infinite mind space opened up before me.

I forgot who it was that made the observation that this experience was like being in a partnership with the mushroom but it is apt. I was working with the mushroom. It was intimate in a way that I have not experienced before. I had the choice to go in. I had the choice to come out. I saw that I must reach for the highest ideals in every moment. The change I want in the world begins with me. And to say anything more would only diminish the truth of what I have seen. I do not have the language for it.

Thanks for sharing brother.

That read really moved me. I'm so happy for you and what you've experienced!

Starting with a small fresh chunk of cyan millet. About the size of a teaspoon. Going to chew it finely and wash down with breakfast tea with lions mane added. 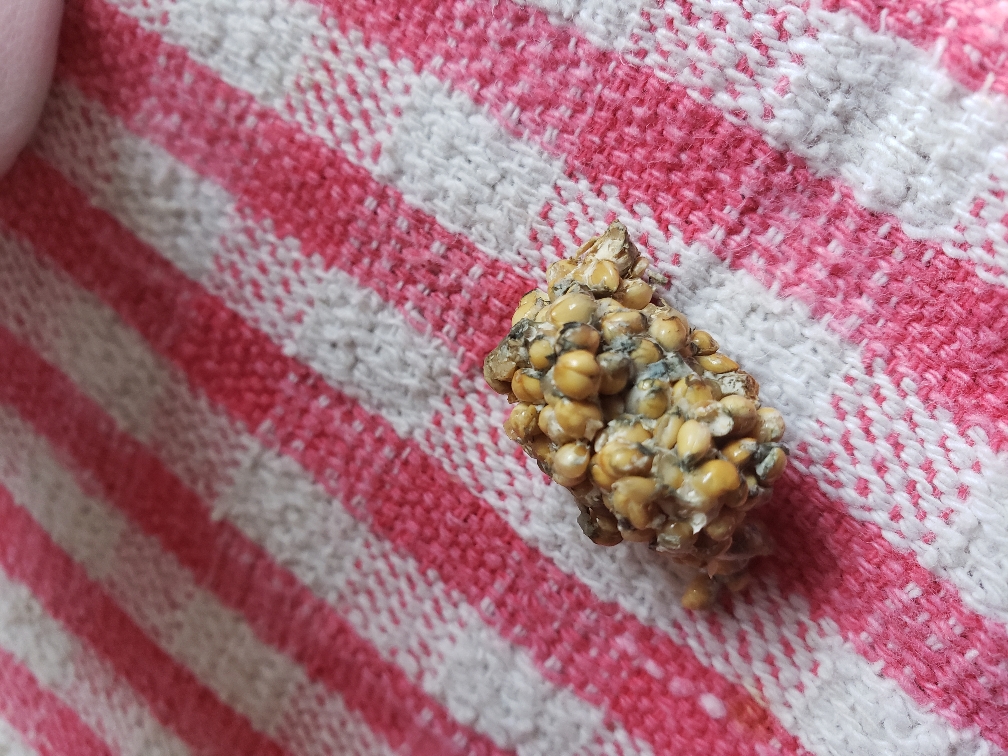 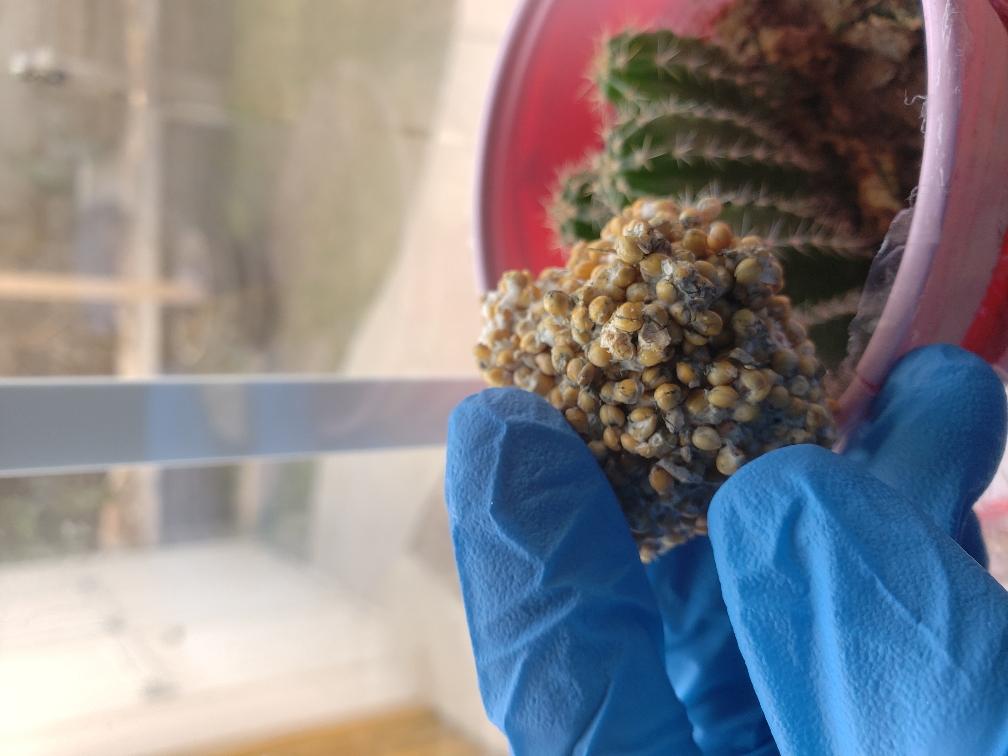 Thanks for that great report Asura, and good to know that you’ve found another species that seems to be well suited to this technique. I suspect longer incubation time would increase the potency a little.

Back to Myco Lab