6 Trillion in Unfunded Public Pensions Bubble About to Pop

I just listened to this interesting news about a ticking time bomb about to blow.  Its expected to pop at about the time we have our next recession, which is scheduled to appear any day now.  I think once enough people get screwed hard enough, we might have critical mass, but it'll be too late.

I dont think there is any answer except brace ourselves with some sort of bargaining tool for when SHTF, which is right around the corner.

Mind if I embed the videos?

Marty has been talking of this for years.  Way ahead of the curve!

It's possible for governments to simply cut checks to those who have worked themselves into the frailty of old age.  The money doesn't have to come from anywhere;  it can be conjured magically as digits in accounts on a computer.

All it would do is give them claim on food and shelter from those still able to produce it.

We can make the decision to do this anytime, but those ruling through the status quo are at war with the masses to prevent it, so they can buy another yacht or election.

It's corruption's end game.  Yes, they need only print the money, but only for those who already have it.

Oh, great. More good news. But it's a much-needed break from worrying about climate change or World War Three, I guess.

The following story and what's going down in Hong Kong are almost certainly examples of what's in store for the U.S. real soon, too:

A nationwide strike has severely disrupted schools and public transport across France.

Workers are angry at being forced to retire later or face reduced pensions.

School and transport workers have been joined by police, lawyers, and hospital and airport staff for a general walkout that could include millions of people.

"What we've got to do is shut the economy down," said union official Christian Grolier of the Force Ouvrière (Workers' Force). "People are spoiling for a fight."

Interior Minister Christophe Castaner said on the eve of the strike he expected almost 250 demonstrations nationwide, some of which he said could turn violent.

"We know there will be lots of people in these protests and we know the risks. I have requested that systematically when there is rioting or violence we make arrests immediately," he said.

"If we can't have our completely unsustainable pensions, you can't have an economy!"

This is an insoluble conflict, and suggests that two critical trends are close to or currently at an economic-sustainability tipping point; the trend of critical supplies (what's actually left to distribute to keep civilization functioning) dropping while the trend of demand for them continues to rise in a context of exponential growth means we probably only have a few years left to party, tops. Not even a decade.

But Chaos springs eternal, so there's always a non-zero chance of the human race performing a collective self-craniorectalotomy in the nick of time, which I believe is the proper term for pulling one's head out of one's ass. 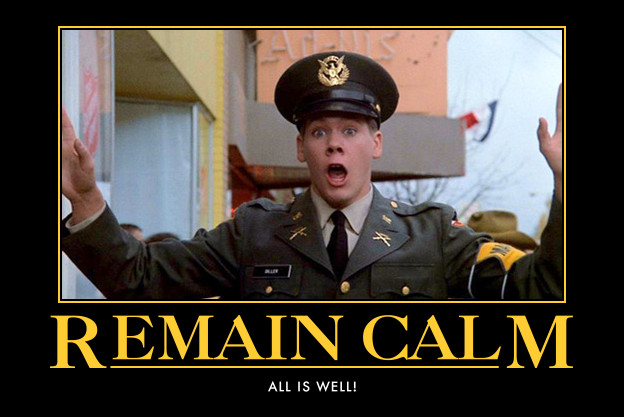 They’ll just raise minimum wage then everyone thinks they’re getting ahead, then all of the sudden prices go up on everything else. Vicious cycle :(

This was over a year ago.  I wonder how its going now.  Probably worse than we want to think... I would buckle up kids.

And this was all way before The Pandemic.  Look out below!

Thanks to our last President's careful handling of the pandemic as it emerged there are now considerably fewer pensions to fund.

hummm  TV Might have a point seems Covid carfully Designed to Eliminat those on the DOLE  ?

So the DemoCraps can point fingers ha ha ha

Printing money is not the answer to anything... Printing money just leads to unchecked inflation and the money that everyone has is worth less... We haven't even seen the effect of the checks that were just cut during the pandemic. They were printing money for our stimulus checks... Don't get me wrong, I was happy to receive my check, I certainly didn't refuse to cash it or send it back, but printing money is not sustainable...

A big part of the reason we have these issues at all, or at least this scale, is that people are living longer. Many pensions have been improperly managed and have not prepared themselves for the baby boomer generation, of which there are millions, becoming eligible... On top of the baby boomers is the fact that many of their parents lived longer than previous generations and have been a draw on the system...

Printing money is not the answer... Continuing to print money to fill this void may seem like a win in the short term but the long term ramifications are not worth the short term gain... Devaluing the dollar and encouraging greater inflation is a losing proposition.

I am capitalist... I think that people should be able to succeed and should not be penalized for it but at the same time I believe that certain individuals are making far too much money...  Some of these tech CEOs, whose vision and ability to follow through I respect, have far too much money while others do not...

I think that there are many who have too much but at the same time I find it hard to feel bad for many who do not have enough... Just a couple generations ago my family didn't have high school degrees and were living in poverty... Fast forward to today and we have started successful businesses and built nice little lives for ourselves... There are too many people feeling sorry for themselves and being taught that the deck is stacked against them when the reality is that if they put their minds to it they could build a life for themselves... There are plenty of opportunities out there for people who are willing to get serious and work hard.

I don't think it really matters what we do about this particular problem at this point as it's merely one of many similar examples of the insane ways we do things (e.g. civilization) that are reaching the hard limits of their sustainability.

Pensions are frankly the least of our problems.

On the dole? Are you fucking kidding me? Those people worked all their lives to have that at the finish  line. Makes me sick people act like that is the problem. This was part and parcel of their employment package. Take a look how many people that are ABLE to work right now that are sitting at home collecting COVID money instead of going back to work. Social security and people collecting pensions that they have earned with a lifetime of service is NOT The problem in this country. Government tossing billions (TRILLIONS) of dollars to their crony elite friends overseas that they should not be "entitled" to have the right to take from taxpayers that are not even born yet might just be where the arterial bleed in our economy is. Might be an out of control Federal reserve that just gives away 3 trillion dollars at a pop for a virus that has been falsely reported from day 1 is also an incredible problem, and we sit and smile with our $1200 check and let them do it. They didn't spend squat on COVID, they pocketed that money while intentionally crashing the entire economy. Don't blame this on people collecting the money they worked for all their lives...