We are cyborgs and AI is influencing us

This is true we just don't realize it. Think of how many people take their cell phone with them everywhere they go, as if it was attached to our skin. The anxiety and panic that set's in when the phone is "lost" for a period of time. It goes in the bathroom and the bedroom. It allows us ability to know most things. With the press of a few buttons you have so much information at your fingertips. My friends and I used to argue about stupid things all night when we got drunk. Could a karate guy beat up a hockey fighter?  Or who was in that movie? you know, the real important questions of the universe.  We would make bets and call people to settle it once and for all. This does not exist anymore because any question is easily searched out in thirty seconds. It also connects us all together,  24/7 for better or worse. Its starting to sort of digitize our past with the ability to record everything we do

Sounds pretty cyborg to me.

It's funny to think that i used to think that star trek communicator would be so cool to have. The one that they tapped on their shirts and could talk like cell phones. It was futuristic

If you think the masses can't be influenced easily. Try telling that to the billion dollar advertising establishment. Who would spend that kind of money for something that did not work

As far as AI influencing us. Yeah who is not using it. Bezo's spies on us to make some sort of ultimate AI customer service bot. I bet many of you have had the experience, where you were just talking about something around your devices. Like meditation or wanting a new tv. When you open your browser and start searching later that day. All the add's just happen to include what you were talking about. They are often very specific things that would not come up otherwise.They brag that Alexa's strong point is that it can decipher speech anywhere in the room.

Facebook sells it  to advertisers and anyone else who has ton's of money. Information is power and this is the mother load. The more they learn about us. AI can comb over this data and can influence our politics, what we buy, what we think about. Even predict when people are going to break up on facebook. Even creepier I recently heard it was starting to predict death.

We debate about the idea of AI going rouge and becoming a problem. What is more of a concern and a reality. People using AI as a weapon as it comes out of its infancy. Not man vs machine, but man using machine against man.  Most of the AI sci fi shows make some master AI that controls the human race. When it could just be millions of small ones

If you think that you can't be influenced easily. Try telling that to the billion dollar advertising establishment. Who would spend that kind of money for something that did not work

My phone is dead most of the time. I truly detest the stupid thing.

I had a dream about a month ago where I remembered feeling my phone in my pants. It was like it had integrated into my dream body because I could feel its weight in my right pocket at a certain point in the dream. I wonder if blind people mostly have their cane in their dream.

I hate that I rely on it so much, feels like a big "win" when I got over to a friends without it.... its a sham

Today I will walk away from my desktop computer and go out into the world, still without a wireless electronic device.  I wonder if I'll make it back.  It will certainly be an adventure, being without wiki-deep-state-pedia.

Someone has been watching Joe Rogan and Elon Musk?

Welcome to the Machine

Asking for a friend...

Appreciate you asking for me my friend.....

Apparently we're in there wrong place here to get answers to those kind of questions, otherwise we wouldn't be here.

Check out this futuristic looking device

Looks very PC, not my taste. More of an Apple guy.

Lol... The main reason I patiently await life to be similar to Blade Runner...

Being a cyborg would imply a degree of agency on our part that seems to be lacking in practice. 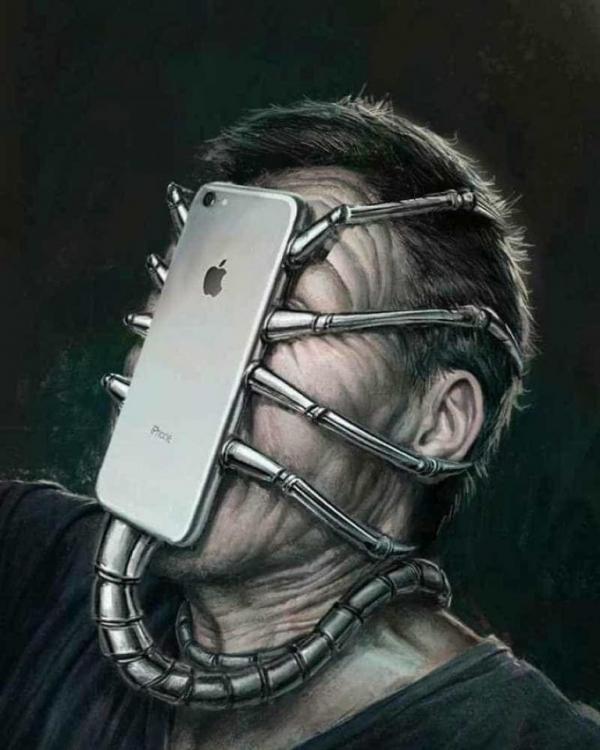 She seems unclear on the concept of either ventriloquism or puppetry, lol.

It's the first thing that came to mind when watching it.  Something weird to get used to for sure. Normally the puppeteer is hidden.  The ventriloquist is a character in the act that speaks to the dummy. Where as they are meant to "hidden"   It's a weird mix of both I suppose. It might look even sillier if they just stood there and tried to be expression less