A Wave of Colorful ‘Coral’ Fungi Is Washing Over Wales 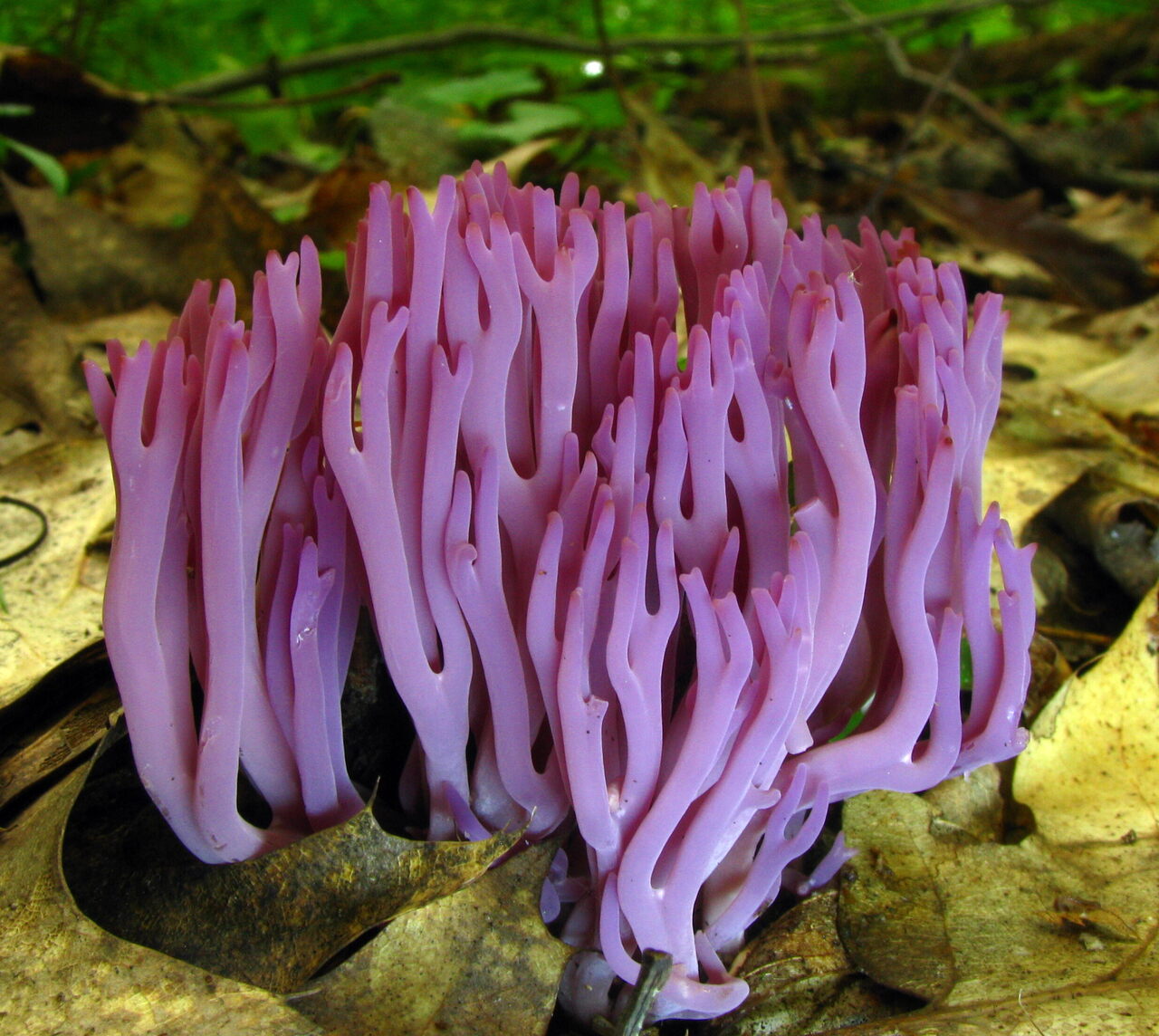 One afternoon this October, as the light was fading along the coast of Wales, botanist Trevor Dines found treasure in an ancient pasture. It wasn’t an old Viking relic or rare coin, but an almost gaudy fungus. It looked as though a piece of coral had been plucked from some tropical reef and transplanted to the less-colorful grasslands of Wales. “We were about to give up on the search when I noticed it nearly under my feet,” Dines writes in an email. “Thankfully I didn’t actually trample.”

The fungus in question, aptly named the violet coral, is a relatively uncommon sight in the United Kingdom. People report sightings a few times each year in northern England and Scotland, and Dines, who works for the charity Plantlife, had never seen it before. He’d been searching all day, in hot pursuit of not only violet coral, but also a bevy of other bizarre fungi that have popped up in the UK this year. A wet spring, warm summer, and rainy autumn have turned Welsh meadows into reefscapes. 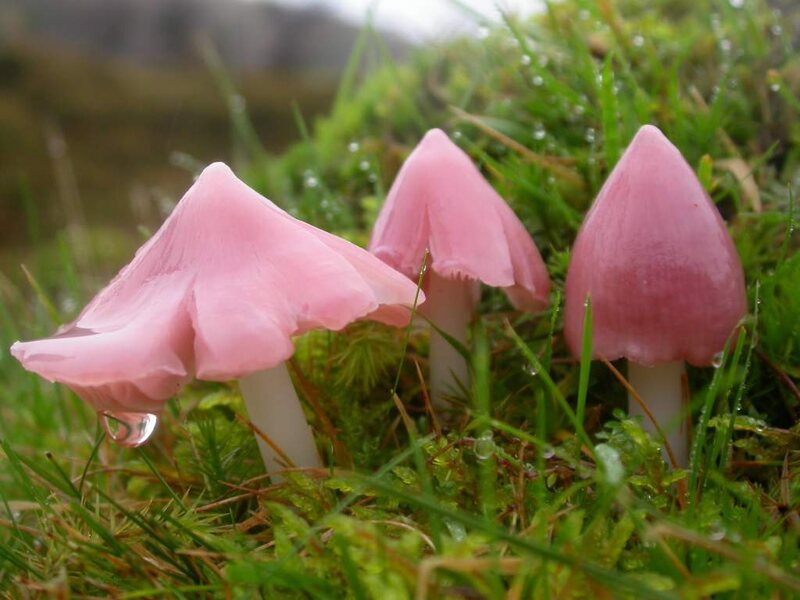 Pink waxcaps, a type of gilled fungus, were spotted this fall. Trevor Dines

Beyond merely looking out of place, the violet coral is rare due to its persnickety growing requirements, Dines says. The fungus, like other vibrant waxcap fungi, grows best in ancient pastures, which is the British term for grassland that has not been plowed, sprayed, reseeded, or fertilized for decades. Ancient, species-rich grasslands like this once sprawled across England and Wales, but nearly 97 percent were lost in the 20th century, according to a 1987 study in Biological Conservation. The small pastures that do remain tend to be fields that are too steep or small for intensive development with fertilizers and pesticides, though the occasional grazing pony may wander through.

In northern Wales, where Dines lives, pristine patches of pasture are common, but they’ve all but disappeared from lowland England, Wales, and Scotland, he says. And when weather conditions are less than ideal, meaning a dry spring or summer, fungi remain underground, with no above-ground blooms in the fall. As a result, it’s difficult to find violet coral unless you’re actively looking for it. 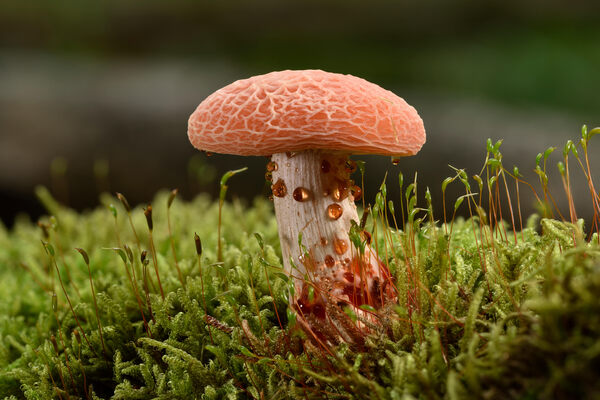 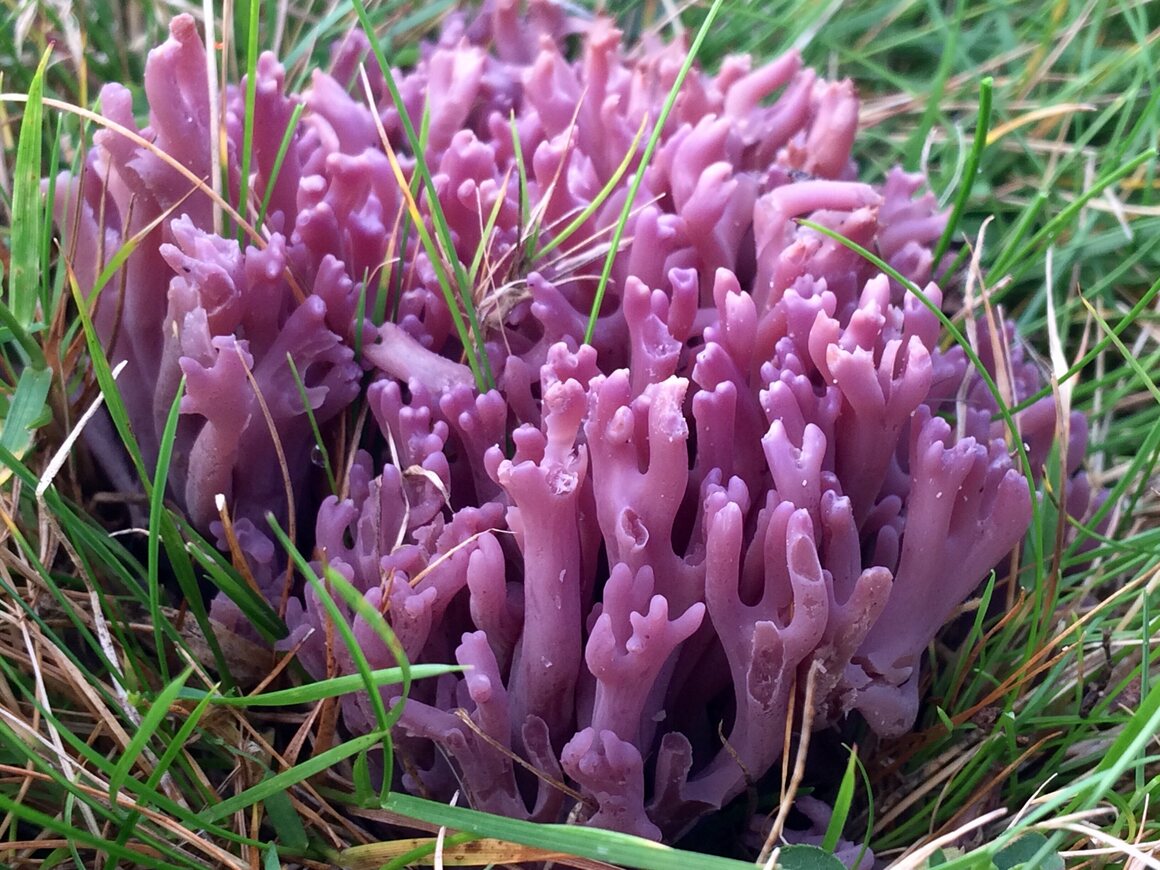 The violet coral, shown here in a patch of grass, looks like it belongs underwater. Trevor Dines

In full bloom, violet coral lasts anywhere from a few days to a week, Dines says. “Some years it appears, usually it doesn’t,” he says. Luckily for enthusiasts, rare fungi often grow together. On the path where Dines and other botanists spotted the violet coral, they also spotted a number of other fungal oddities: crimson waxcaps, oily waxcaps, and smoky spindles. (Waxcaps are another variety of gilled fungi.) These grew alongside the more commonplace, but no less jubilantly named, honey waxcaps, snowy waxcaps, and parrot waxcaps. “It’s quite a colorful community!” Dines says.

Elsewhere in the United Kingdom, an even stranger fungus has popped up this year. Devil’s Fingers, an invasive variant of stinkhorn fungus that smells like putrid meat and resembles the tentacles of a blood-red octopus, were spotted in Kent in October by a member of the Avon Wildlife Trust. “It appears to have been introduced to Europe with military equipment during the First World War,” Dines says, adding that there have been fewer than 100 sightings since the fungus was discovered. “Some people speculate it may be spreading with climate change, but as a relatively new arrival it’s likely to still be finding its own place here, popping up in sites where it’s happy.” 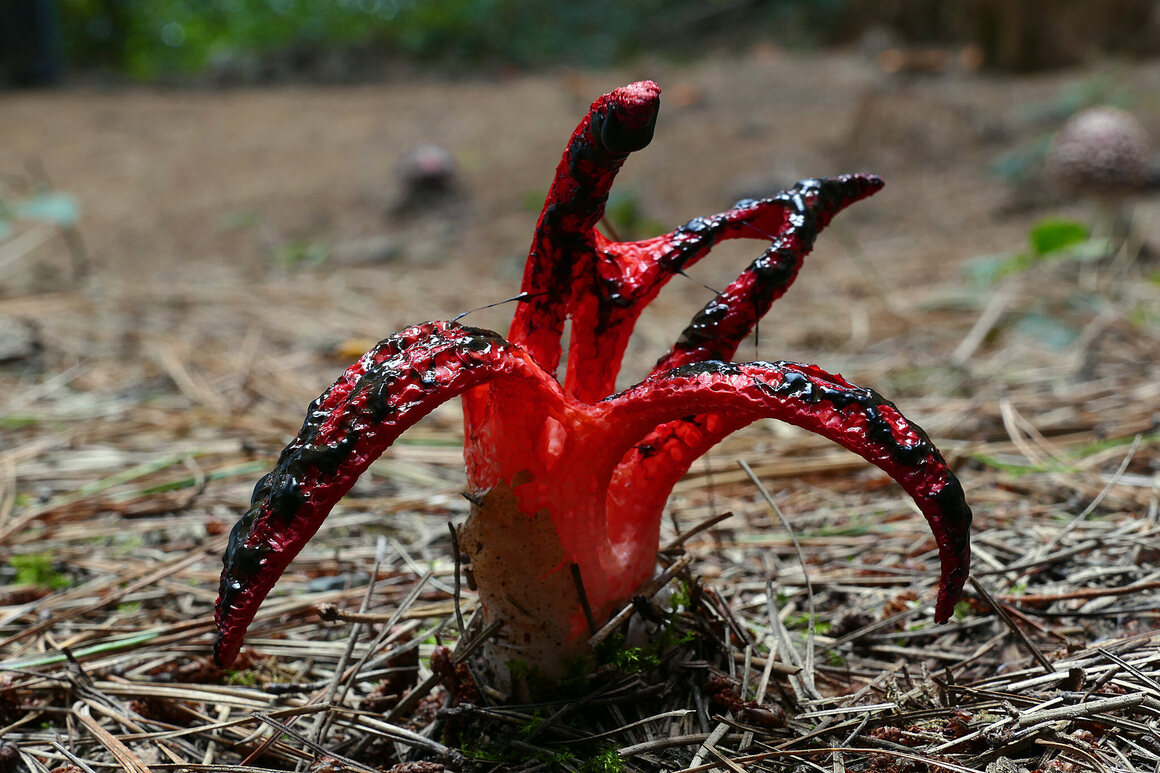 As temperatures continue to cool, there will be many more opportunities for fungus-hunting in the UK. At the top of Dines’ list is the incredibly rare jack-o’-lantern fungus, a bioluminescent mushroom whose gills begin to glow orange at night when its spores are ripe. They grow around the base of tree trunks. “There are just a handful of records so it’s not something I’m likely to stumble across,” Dines says. But even if they are rare, the fungus’s colorful body means it’s almost impossible to miss.

Dines has some advice for would-be fungi-spotters. Go for walks in nature, he says, and look out for a fungal bloom in damp, less-trodden slopes and fields. “It could pop up anywhere,” he says. “This is the joy of fungi.”