It's been a while.

Anyways. Growing food. Thanks for letting me get that out. Peace

What I really found during this time that is worth taking away from it was the empty mind training through reading with a silent mind. I found that trained my inner silence so much so that in quiet moments I was am able to drop down into nothingness during meditation very quickly or experience visions. And yet stay conscious throughout these meditation experiences.

Interesting thread to go back and look at now. I was guided through this by something. Pointed in this direction and that. I was beating around the bush alot.
I can't remember why the name Corona came to me. Somewhere far back in my memory the words Lux Corona were stuck. I don't know why. I think it's part of a prayer in Latin perhaps.Who knows why it popped up as the Virus. I just don't know, it's very mysterious to me. We're in Bat country! Meow!
I can see it unfolding. The elite Satanic Pheonecian connection. Their symbols give them away. The Phoenix. That's the two headed eagle of the Masonics. It's the Eagle on the Dollar bill. Names of places
Boston derived from Bostan where the Mural of Moloch is at number 666 place of the Boston Marathon bombing.
I can see them. They erected the statue of Moloch at the Collaseum end of last year. The Phoenician God who has an insatiable desire for child sacrifice. It's no coincidence , it doesn't happen by mistake.
30,000 missing in Phoenix AZ. Get it?

WTF are the people doing over there. Burning down the house over some rats. Have they gone insane?
It's playing into the plan. Depopulate. Turn it back to the stone age. Deplete the food supply. Burn the food access. Everywhere! Destroy shopping centres and food storage. Weaken the people through hunger. Police removed. Next drone police instead. Hovering AI controlled policing. 5G radiation. These human demons want to set up shop and bring back the Collaseum. Do like Mel Gibson's Apocalypse. Chop Chop from the top of the pyramid for all to see fear dread and loath. This secret society dreams this. Desires to televise it. In just researching the Phoenicians and their Satanic alphabet which the English has sprung from the Google/Facebook algorithms try to match you with Satanic cult members as People you may know on Facebook.
FB works to bring these clans together to unite from top to bottom. The whole system is corrupt.
One ring to rule them all ,one ring to find them, one ring to draw them in and in the darkness bind them.

I met the Goddess of compassion in a dream. She plucked me from my body and left me thousands of miles above our planet with nowhere to place my feet. Just to show me she could.
The Demi Gods and Angels have the ability to sweep over the Earth and wrench every evil being's soul from their body laying them to waste in a moment without a drop of blood spilled. Locked out, never to awaken. Drop dead. Why they don't alludes me. Maybe we all deserve each other and they don't really have the care to do that. Not God's will. Maybe theyre waiting for us to grow some balls and clean house ourselves. DIY. Perhaps at the last hour.

Something is very wrong here. The people are mesmerised by something. Entranced. Under a spell. When they shake themselves from their daze and realise the destruction they have brought upon themselves it may be too late.

Don't count on the military coming to the rescue. High ranking Satanic bloodthirsties. All in the game. Age old cult. The Phoenix. Pheonecians.


Just an idea for a fictional book I had.

Of course, with a city as rich in French culture as New Orleans, it’s not hard to guess how the fleur-de-lis became such a local symbol. The fleur-de-lis was a symbol of our land from its first discovery. In 1682 when French explorer Sieur de la Salle first claimed the Mississippi Valley for King Louis XVI (Louisiana being a derivative of Louis’ name), he planted into the soil a flag adorned in fleur-de-lis. Only a couple decades later in 1718 French settlers founded La Nouvelle Orléans (for those of you who don’t speak French, that’s New Orleans), flying a fleur-de-lis flag to honor the French monarchy’s ties to Orléans.

Our culture has taken the symbol on in spades, though not always for the better. Due to its connection with the French monarchy, New Orleanians came to understand the fleur-de-lis as a representation of power and it is through this interpretation that the symbol became related to slavery. In the eighteenth and nineteenth century white Americans used the fleur-de-lis to exert power over slaves, branding the symbol into the right shoulder of those who had attempted to run away. A dark and upsetting correlation with “code noir,” the fleur-de-lis was used to scar slaves and mark them as troublemakers within the community.


In case you didn't notice , the Fluer De Lis on the Louisville PD sheild has been created in a way that also resembles a dead black man.
I'm just showing how they hide things in symbols and how far back it goes. Not intending to cause any racial arguments but showing the ingrained corruption within the establishments. Right in your face. I'm sure they giggle about it all day long. 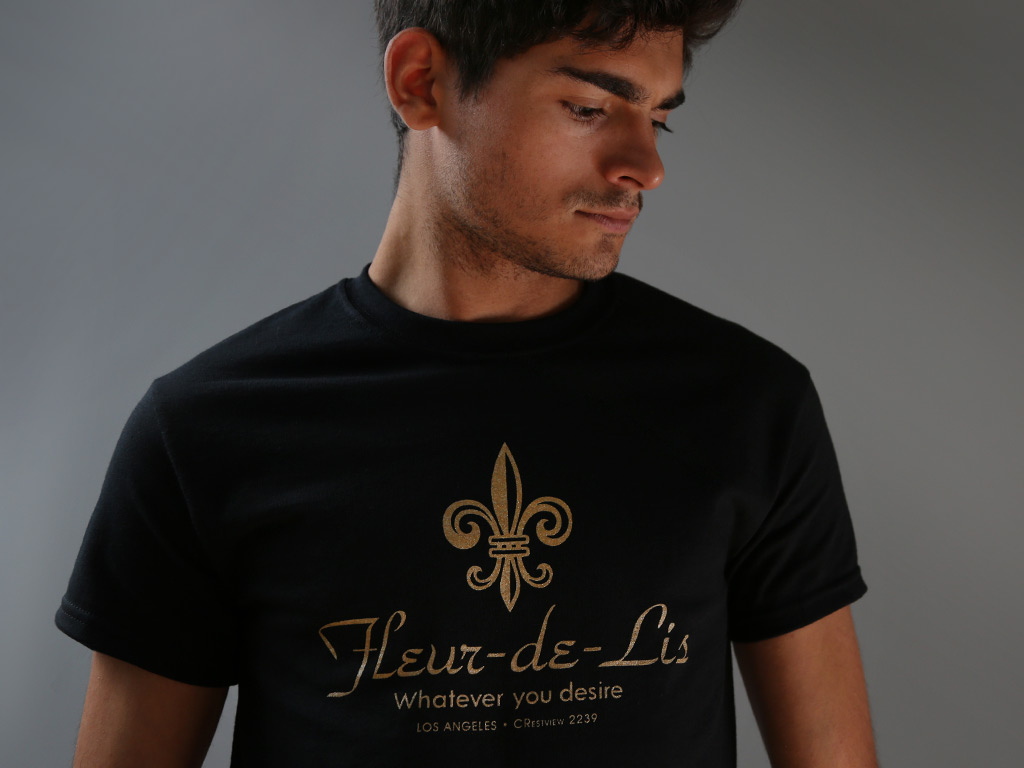 I learned it backwards. When I found the Pheonecian alphabet. How the elite Satanic use symbols to identify themselves. Particularly X

Here's the other one. See I'm not WEIRD.

So I found this.

Nimrod, who was born on December 25th, the High Sabbath of Babylon, was the founder of Babylon and the city of Nineveh. In the history of mankind, Nimrod stands unequalled for his symbolism of evil and Satanic practices. He is credited for having founded Freemasonry and for building the legendary Tower of Babel, in defiance of God's will. In talmudic literature, he is noted as "he who made all the people rebel against God." Pes. 94b. The legend of the Midrash recounts that when Nimrod was informed of Abraham's birth, he ordered all the male children killed, to be certain of eliminating him. Abraham was hidden in a cave, but in latter life he was discovered by Nimrod, who then ordered him to worship fire. Abraham refused and was thrown into the fire.
The legendary symbol for Nimrod is "X." The use of this symbol always denotes witchcraft. When "X" is used as a shortened form meaning Christmas, it actually means "to celebrate the feast of Nimrod." A double X, which has always meant to double-cross or betray, in its fundamental meaning indicates one's betrayal into the hands of Satan. When American corporations use the "X" in their logo, such as "Exxon," the historic Rockefeller firm of Standard Oil of New Jersey, there can be little doubt of this hidden meaning.
The importance of Nimrod in any study of the occult cannot be over-emphasized. Because of the powers given him by the clothing of Adam and Eve, Nimrod became the first man to rule the whole world. He indulged that power by launching excesses and horrors which have never been equalled. Ever since the time of Nimrod, Babylon has been the symbol of depravity and lust. Nimrod also introduced the practice of genocide to the world. His grandfather, Ham, having consorted with other races, and brought children of mixed race into the world, was persuaded by his consort, the evil Naamah, to practice ritual murder and cannibalism. She informed Ham that by killing and eating fair-skinned people, his descendants could regain their superior qualities. Throughout the ensuing centuries, the fair-skinned descendants of Shem, Noah's oldest son, have ritually been slaughtered by the darker descendants of Ham and Nimrod, in the world's most persistent campaign of racial and religious persecution. Not only did Nimrod kill and eat the fair-skinned descendants of Shem, in his fury and hatred he often burned them alive. The type of human sacrifice involving the eating of the slaughtered human victims derived its name from the combined names of his uncle, Canaan, and the demon god Baal, the two names being combined to form the word "cannibal." Nimrod was also known in ancient history by the names of Marduk, Bel, and Merodach. Because of his importance in its history, Babylon was known as the Land of Nimrod. Nimrod is also cited in the most ancient Masonic constitutions as the founder of Freemasonry.

It's all coming out now. People are awakening to what's happening.

As soon as I saw all of the eclipses this year as well as the numerology of 2020 and the Phoenix that appeared in the Aurora Borealis at the beginning of the year. The Satanic agenda would have seen the Phoenix appearing as a sure sign it was time to roll out the plan.

I looked into the Pheonecians and saw they were into human sacrifice. I looked at Phoenix AZ. 30,000 missing persons. I contacted the PD there and told them the Satanic cults were sacrificing people underground on particular astronomical alignments and eclipses. On Ley line Cross sections.
On finding the Pheonecian alphabet i could see the letter X was important. Especially since so many of these big companies like to use it. So the Nimrod twist ties it all together.

I see this whole covid scam as mass sacrifice. Biggest one yet. And its coming out in the wash. It's a worldwide death cult. Ages in the making.
I sensed this going on. Never been much of a follower of the truth movement and certainly ignorant of the occult.

The closest thing to the occult I've looked at is numerology and tarot. That's it. I find the Satanic abhorrent.


I actually went to my local Po and wrote a statement for them to send to those higher up. They put me in the hospital for a few weeks. No big deal. They do that to anyone climbing out of the box. Felt I had to do whatever I could to help the missing. God knows I tried, that's what counts.
Funny thing is. Covid lockdown. I'm not anxious at all. Everyone else is. Go figure.


She's one of them. There's King Nimrod's X on her eye patch.


Noticed the singer Madonna has got herself a letter X tattoo. Calls herself Madame X. Saw the video of her getting the tatt. She says "It's going to be blood red"
Lady Gaga is signing with emoji made from crossed swords and a heart. Another X plus identifies with the name Chromatica (adrenachromatica).
Also singer Rhianna has a make-up line called Fenty-X

All high preistesses of the cult of King Nimrod the evil Babylonian King, founder of Satanism and Freemasonry whose symbol is the X. No coincidences.

So found this free book download by Emmanuel Swedenborg.
It's called
"Heaven and Hell"