The '3.5% rule': How a small minority can change the world

One person, and one bullet can change the world.  That doesn't make it right, that just makes it real.   At this point in time they need to drop the hammer on the rest of the dissidents causing trouble, because that's the only cause that they are supporting.

Main thing is to get rid of the stupid media giving them the attention they want.
But the public and media love to argue about this stuff.
So folly of one sort another, always continues.

It's almost like a coordinated worldwide effort is ongoing among those who who want to create a global Fascist dystopia, which also happens to include the individuals who control the media.

One thing someone pointed out elsewhere is that the truckers are all owner-operators like I'd mentioned earlier, but they added that that means this is a "revolt" of small business owners, not "labor," or as they put it a "revolt of the petite bourgeoisie."

The Wiki article has some interesting commentary:

Historically, Karl Marx predicted that the petite bourgeoisie were to lose in the course of economic development. Following this, R. J. B. Bosworth suggested that they were to become the political mainstay of fascism, which represented in political form a terroristic response to their inevitable loss of power (economic, political, and social) to the haute bourgeoisie.[5]

Wilhelm Reich also highlighted the principal support of the rise of fascism in Germany given by the petite bourgeoisie and middle class in The Mass Psychology of Fascism. He claimed that the middle classes were a hotbed for political reaction due to their reliance on the patriarchal family (according to Reich, small businesses are often self-exploiting enterprises of families headed by the father, whose morality binds the family together in their somewhat precarious economic position) and the sexual repression that underlies it.[6]

This was disputed by CIA-employed[7] Historian Richard Pipes who wrote, in the case of the Nazi Party, that while at first limited to this group, by the end of the 1920s workers joined the party en masse and were the largest occupational group in the party by 1934.[8] This claim has been contradicted by subsequent research showing that before the Nazis seized power in 1933, the majority of Nazi voters were rural religious small business owners.[9]

Here we go again, I guess.

But at least this time will be the last.

It was time to go home a week or so ago. I think my support has officially dropped off. I would be lying if I said I did not get caught up in some of the inspiration, watching the people rise up was fun, the jerry can games with the police was probably the peak of it, now I am starting to think fuck these hosers. Go home. You want to keep protesting fine but do it lawfully. No more road blocks you frigging hosers

Had another thought in this regard. Probably a fair number of people have similar feelings, who were never cynical or fans of satire.

I'm thinking of older folks living in the country side, who have lost their spouse, and now live alone and then discover that they like their animals, better than most other folks, for easily imaginable reasons.

I know someone who got assigned jury duty, and observed something unexpected, the older cops seemed like they suffered from depression, due of course to seeing the darker sides of human nature for year after year.

The media news of course titillates watchers with just enough of other peoples' misery, to satisfy their 'blood lust', without them ever having to really deal with the reality of suffering, in an intimate way.

For anyone following this stuff this seems to be the latest: I only skimmed it, as my feeling is that no matter how deep you dig, all you find is more dirt.

To me it almost feels like a faction of the far right is fighting a proxy war against COVID measures in Canada.

There were some interesting developments yesterday you guys may have seen. One being the seizure of a bunch of guns at the alberta border, and at first I thought oh probably farmers with rifles... Then I went no, fuck that, those were brought there intentionally to cause shit. Any sane person would have left their guns at home. Then they went on in further detail saying they found body armor and handguns. So obviously they had some bad intentions to say the least. The police did say that they had taken note of this group the moment they arrived and were basically waiting all week for the right time to move in and arrest them. There was something odd about the way the police described them, either a Mennonite drug gang or a militia or something along those lines. I am interested to hear some more details unfold there. As well according to police some tractor tried to ram a cop car, or push it, the explanation was unclear, there are mixed stories coming from cops and bystanders but the fact that the driver fled on foot tells me all I need to know.

This likely helped solidify the decision to go forward with the emergency measures act later on in the day which is fairly unprecedented. The measures can be applied fairly heavily handed if need be. The funding will be frozen and new laws are being considered around crowd funding and extremist groups or terrorism. So that might convince a few others to leave facing large fines, that money was helping people stay put. The conspiracy folk are having a field day with the emergency act, the irony being they are the causation for it. Of course such an act will bring mixed results, scaring some to go home and inspiring others to come off the bench. See what happens next

Why not just send a crop duster in - heck these are modern times - a drone crop duster - later say: "oh it was an accident it flew off course?"

If you're a fan of irony; in this fantasy they get dusted with covid.

After all 'the powers that be', usually get away with similar BS.

Why not just send a crop duster in - heck these are modern times - a drone crop duster - later say: "oh it was an accident it flew off course?"
If you're a fan of irony; in this fantasy they get dusted with covid.
After all 'the powers that be', usually get away with similar BS.

I'd bet you $1000 that at least half of them believe that every airplane contrail in the sky is a "chemtrail," since that's what people I know who are really into the convoy stuff actually think. So unless there was something special in that crop duster they'd just point at it and say "A-ha! We knew it!! They're sprayin' us again!"

It's bizarre, since every single contrail is deemed a chemtrail no matter what I cite or link to. Every weather event is a direct result of "the spraying." Even the website run by a retired pilot called Contrail Science is simply ignored or suspected of being in on it. The site hasn't been updated since 2013 or so but then nothing's changed since then about the science of contrails.

Upon further reflection, a formation of C-130 tankers flying over the area leaving lots of huge, persistent smoke trails from smoke generators  under the wings (like the Blue Angels use) would probably freak them all out so much they'd leave the region immediately. And it would be hilarious.

In other news, I bumped into an acquaintance I hadn't seen in about a year and a half and after catching up for a few the topic of the pandemic came up and vaccination was mentioned. I assumed that since he is a smart guy who is into organic food, recycling, yoga, is a massage therapist, and all the rest that comes with that scene that he'd been vaccinated but it turned out that he wasn't, and was truly shocked that I had been. So the "horseshoe theory" of politics is apparently legit.

I guess it's also kind of surreal that I have close friends among both groups. It's always made me wonder... If I am "Person A," my MAGA/chemtrail friends are "People B," and my Esalen Institute student, Peruvian-rainforest aya-drinking, and neo-shamaic organic yoga bestlife friends are "People C" then why can A be good friends with B, A can be good friends with C, but B and C can't even tolerate each other's presence (even though they're all unvaccinated together) and don't care to change that?

the jerry can games with the police was probably the peak of it,

I've read accounts of people pretending to support the convoy by providing them with cans of "diesel" that were actually full of regular gas mixed with lots of raw eggs. Not sure what the result of that was, and I don't know what that would do to a diesel engine but I imagine it isn't pretty.

Conspiracy Theorists & arguing with them:

considering the craziness around beliefs, maybe Buddha had a reason?  for these teachings:

This might be my last post on this subject in this thread considering it is starting to look more and more about taking down the government and less about covid restrictions as time marches on. I thought this tid bit was worth a laugh or a head shake depending on your thoughts on the guy. Last I heard he tried to cross the border with a truckload of pillows but was denied entry due to being unvaccinated. 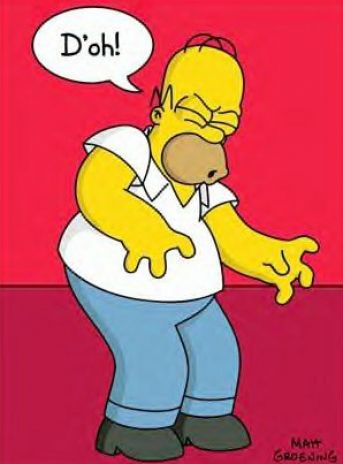 "Question: were it not for the FOIA request and court order to have this list of potential side effects of interest released to the public, how would any doctor or healthcare provider have known to have an eye out for these potentially life-changing conditions in their patients who received the shot? Was the plan to figure it out retrospectively 50 years from now? "

The Complete List of the Pfizer Adverse Events of Special Interest
Posted on March 3, 2022 by Jesse Santiano, M.D.