Dr. Evil Versus "Not Smart or Articulate"

He was there at the meeting, signing off on the hatchet job?  The man with the newspaper of record in the nation's capital, with the $600 million contract with the CIA, sits on a Pentagon board, and probably doesn't really even know the definition of Fascism, just stepped on his dick, big time.  I wonder if it will make any difference, or are we already too far into Fascism for it to matter? 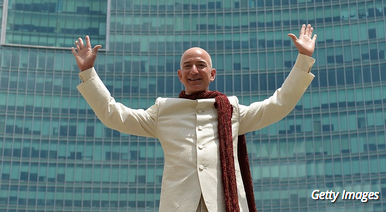 A lot of folks are pulling some real bad shit right now. I'm wondering when the industrial sabotage will begin in earnest as a response to the kind of fuckery Amazon is engaged in (among others).


As it turns out, there's also a few vulnerable acres of valuable land that haven't been stolen from Native Americans yet, so some folks have decided to go ahead and steal them now while everyone's focused elsewhere.

A casino deal seems like an odd priority for any government agency or department to be focusing on at the moment, but then again there is a LOT of money involved so there you go...


"This is one of the most cruel and nonsensical acts I have seen since coming to Congress."


Cedric Cromwell, the chairman of the Cape Cod-based tribe, says he was informed Friday at 4 p.m. by the Bureau of Indian Affairs that Department of the Interior Secretary David Bernhardt had ordered their 321-acre reservation be taken out of federal trust, following two court decisions declaring that the federal government didn’t have the authority to give the lands special status.

The tribe, whose ancestors have lived in the region for more than 12,000 years, first gained federal recognition in 2007.

And while the order doesn’t mean that the Mashpee Wampanoag tribe loses that recognition, it would mean that their reservation — split between Mashpee and Tauton — would no longer be considered sovereign land. As the Associated Pressreported in 2018,  that would mean the tribe would have to shut down its police force and other social services, subject residents to government taxes, and further delay its efforts to build a casino complex in Taunton.

According to the Associated Press, the federal government hasn’t removed a tribe’s land trust status against its will since the mid-20th century’s so-called Termination Era.
...

“The Secretary is under no court order to take our land out of trust,” he said in a statement Friday. “He is fully aware that litigation to uphold our status as a tribe eligible for the benefits of the Indian Reorganization Act is ongoing.”

Cromwell added that the order raised the question: “What is driving our federal trustee’s crusade against our reservation?”

Last year, the tribe had tried to get Congress to reaffirm its reservation status, after a legal challenge by opponents of their proposed casino threw it into uncertainty. A bill introduced by Rep. Bill Keating proposed to clarify that the Mashpee Wampanoag was eligible to have its land taken into trust and prevent future legal challenges.

However, after the bill was approved by a House committee and fast-tracked for a floor vote, Trump himself weighed in with a tweet urging Republicans to oppose the somewhat obscure legislation. The Republican president also tied the bill to Sen. Elizabeth Warren, a Democratic presidential primary candidate at the time who had vocally supported the tribe’s efforts to maintain its reservation.

While the bill did eventually pass the Democrat-controlled House (with support from almost every Democrat and roughly a quarter of Republican members), it has since stalled in the Republican-controlled Senate.

The only two House Democrats to vote against the legislation were the two members of the Rhode Island delegation, who argued it would unfairly pave the way for the tribe’s Taunton casino that would compete with the two nearby casinos in their state. Work on the $1 billion casino has been halted due to challenges to the Mashpee Wampanoag reservation.
...

“We have survived, we will continue to survive,” Cromwell wrote Friday. “These are our lands, these are the lands of our ancestors, and these will be the lands of our grandchildren. This Administration has come and it will go. But we will be here, always.”

It's looking like we're either going to be fully cowed and living in a surreal hybrid of Orwell's and Huxley's dystopian visions by the time this pandemic is over or else the push-back from the hundreds of millions disenfranchised and very angry people whose ranks are growing by the day will force the overdue shattering of the corporate profit-first paradigm that's quickly becoming the primary existential threat to civilization, if not our entire species.

"That's a real nice Fulfillment Center you got there. It'd be a real shame if something were to happen to it..."

Billy Meier, the UFO contactee of the Plejarin space folks (who have been feeding him predictions since the 1950s), told of a coming pandemic like what we're seeing now, and two coming US civil wars, like what's looking more possible every day.   The interesting thing is, over all the decades, the predictions have been written down.   Like Stalking Wolf's red skies, some of the Meier prophecies refer to a time when cars don't have outside rearview mirrors (interesting, that is #4 on this 2018 list).

That list of stuff that's about to be obsolete is pretty funny, as such speculative lists tend to be. They seem more like marketing stunts than predictions IMO.

I've been reading about the impending end of cash and emergence of the "paperless office" for a looooong time, but offices still have paper and cash is still king.

And many weapons of war embody the most advanced tech on the planet, but a soldier with a rifle ("boots on the ground") is still the most important element of making military ambitions achievable, and in many cases possible at all.

Being a heavy-hitter in the tech sector, like Elon Musk and his self-driving Teslas, necessarily insulates one from the reality that most people live in which is why some folks somehow believe that self-driving cars will be what everyone will be getting around in fairly soon (or ever) even while large parts of the United States would collapse economically (pre-pandemic) as soon as automotive emissions standards and testing were enacted and enforced since that would mean a startling number of people would no longer be able to get to work in their barely-running old clunkers (which would immediately be taken off the road in any State that mandates such testing).

I've been predicting a pandemic for a while, too (in older threads around here). But that's not too difficult since among all the threats that we could potentially face in modern times, a pandemic was the one that was so likely to happen that failure to prepare for it was arguably not an accident or oversight at all.

The rearview mirror thing was a bit weird coming, as it did, in 1978.  It was part of a prediction for a great earthquake in San Francisco.  Meier also spoke of the Cascadia quake and tsunami, saying it would be a 9 Richter.  That was before the geologists were saying much too.