I have a hydroxyl generator by Odorox (slimline). Apparently it's good for ridding of odors, but it's also supposedly good for cleaning the air of spores, germs, and dust. Does anyone know if it would actually be useful for mycology work? I'm doing all my work in a small room so if it does have an effect, that would be great.

I got it for super cheap so in the event that it doesn't actually help anything, I accept the sunk cost as a good but risky investment that failed.

It lights me up to see you around.

Wish you the best and keep up the good work :)

How Does Hydroxyl Influence The Environment?

The hydroxyl molecules form when the ultraviolet rays of the sun react with water vapor. They have an incredibly short life span – just a few seconds, but this provides enough time for the hydroxyl functional group to cause the decomposition of various harmful compounds in the atmosphere. This actually happens due to the capability of hydroxyls to form hydrogen bonds – they abstract hydrogen atoms from organic and inorganic compounds alike, thus initiating free radical decomposition processes. The chain reaction continues until the molecular structure of polluting compounds is fully dismantled.

How Do Hydroxyl Generators Function?

Specially designed optics creates synthetic ultraviolet rays in the generator chamber. They combine with the ambient humidity to produce hydroxyl. Contaminated air is then directed inside with the help of a fan. 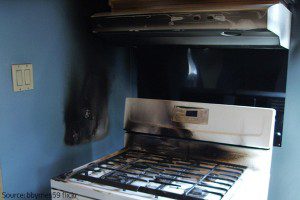 Hydroxyl generators can help you deal with the aftermaths of smoke damage.

A second segment of specialized UV optics in high quality hydroxyl generators prevents fungi and microorganisms from multiplying again. Deodorized and purified air is then released back in the room. The process continues and spreads throughout the entire space, enabling effective penetration of various porous materials and complete odor removal. Even clothes, furniture and carpets can be decontaminated and sanitized by hydroxyl generating systems which are considered to be a very beneficial, innovative and green technology. They are widely used for treating odors caused by fire and smoke, water losses and mold.

What Are The Benefits Of Hydroxyl Deodorization?

Hydroxyl traditionally competes with ozone for the title of a highly preferred and most effective odor remover. And while ozone is definitely the faster agent (hydroxyl deodorization usually takes several days), hydroxyls boast some other important advantages:

All things taken into consideration, hydroxyl treatment is a highly effective, safe and delicate method of deodorization. It is especially recommended for pet odor removal because your animal friends will be able to remain home and will be in no danger during the process.

How To Increase The Hydroxyl Treatment Efficiency?

To ensure optimum results when using hydroxyl technology, you must provide the following favorable conditions: 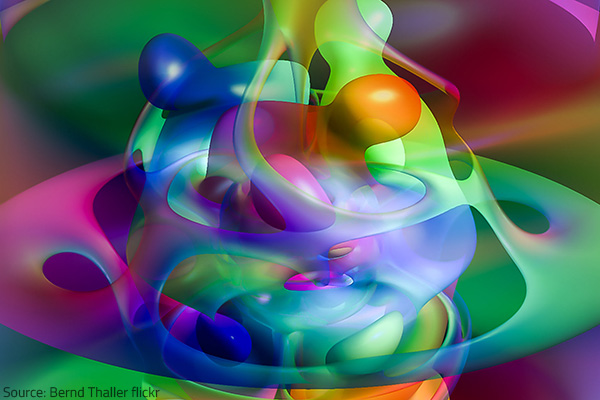 The special chemical properties of hydroxyl proves to be very beneficial to the disaster restoration industry.

Depending on the severity of odor and some other circumstances, such as the ventilation and the layout of the specific room, higher concentrations of hydroxyl or longer hours of operation may be required for achieving a satisfactory result.

If you are faced with substantial smoke damage, for example, and you find yourself wondering what the best method of smoke odor removal is, remember that new technologies are available – safer and more efficient than ever before.

Now that you are familiar with the pros and cons of hydroxyl deodorization, be sure to research your options and choose the alternative that best suits your needs. 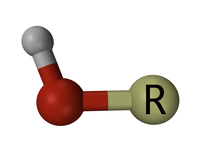 Representation of an organic hydroxy group, where R represents a hydrocarbon or other organic moiety, the red and grey spheres represent oxygen and hydrogen atoms respectively, and the rod-like connections between these, covalent chemical bonds.

A hydroxy or hydroxyl group is the entity with the formula OH. It contains oxygen bonded to hydrogen. In organic chemistry, alcohols and carboxylic acids contain hydroxy groups. Both the negatively charged anion OH−, called hydroxide, and the neutral radical •OH, known as the hydroxyl radical, consist of an unbounded hydroxyl group.

According to IUPAC rules, the term hydroxyl refers to the hydroxyl radical (•OH) only, while the functional group −OH is called hydroxy group.[1]

So I guess the question is Will it destroy fungus?

In which case you'd have to use the machine to sterilize your room air, then turn it off, let the air return to a (clean) baseline, then do your mycopropagation teks in the newly cleaned but non-harmful air.

OR I misunderstand this whole thing :)

Moonless: it's a pleasure to be here and to also have the privilege of reading your posts. I always enjoy contemplating your thoughts. You have a very strong voice in your writing, by the way. Continue to utilize your gift and please continue to share it with us.. :)

Pharmer: thank you for sharing this. I also appreciate your advice to tread carefully with the machine as to not compromise my mycology work. Thank you for taking the time to help me better understand what I'm doing and how to proceed wisely!

we learn together around here :)