Before our Religion, Politics, and Government

Not sure if I'm in some sorta warpy mind fuck today, but these men standing watching their world slowly being engulfed by men that have no empathy toward other human life had to have been extremely painful in ways I can't fathom.

I believe I know what you mean.

Too bad it was too difficult for them to find an actual Indian who could actually cry...

That “crying Indian,” as he would later sometimes be referred to, was Iron Eyes Cody, an actor who throughout his life claimed to be of Cherokee/Cree extraction. Yet his asserted ancestry was just as artificial as the tear that rolled down his cheek in that television spot — the tear was glycerine, and the “Indian” a second-generation Italian-American.

Must be Pocahontas brother 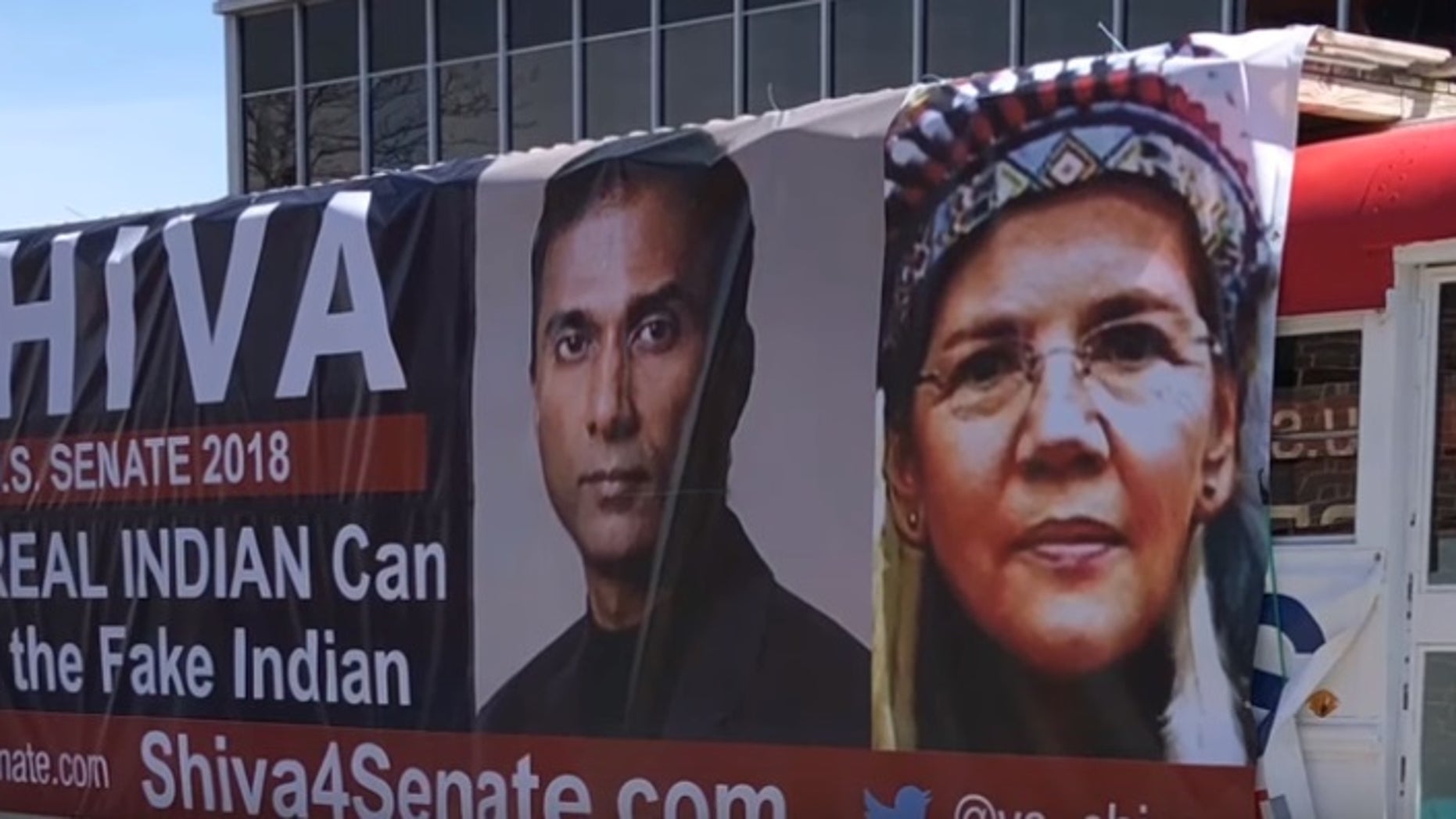 I believe you've nailed it, Wimzers

These are bad days for the sane and principled

August: I've worked on six movies being made. If you haven't seen a soundstage and the actual filming of a for-TV-magazine-etc PRODUCT you can't appreciate how much complete and utter bullshit has been frontloaded/packed into any given image or scene. To get an otherwise stoic Indian to produce a tear on command is no middling trick.

Sometimes you just gotta roll with the intended sentiment of the producers - which has you playing directly into their hands.

and when I say PRODUCT I mean it. Automobiles and airplanes get as much preparation and engineering before they are actually assembled, or in the instant example - filmed.

I believe you've nailed it, Wimzers

These are bad days for the sane and principled

August: I've worked on six movies being made. If you haven't seen a soundstage and the actual filming of a for-TV-magazine-etc PRODUCT you can't appreciate how much complete and utter bullshit has been frontloaded/packed into any given image or scene. To get an otherwise stoic Indian to produce a tear on command is no middling trick.

Sometimes you just gotta roll with the intended sentiment of the producers - which has you playing directly into their hands.

and when I say PRODUCT I mean it. Automobiles and airplanes get as much preparation and engineering before they are actually assembled, or in the instant example - filmed.

A good friend of mine worked in Hollywood building sets, often for TV commercials. The waste he talked about was mind-blowing. His crew's speed record for building a set involved building a complete replica of the interior of a KFC to film a fried chicken commercial in in 45 minutes. The paint was still wet when filming began. It was still mostly wet when filming ended, at which point the entire build was torn apart and tossed in a dumpster.

I got a free truckload of plywood and 2X4s and 4X4s that were sets for plays at the high school.  The paint schemes were a little weird, but hey, I ain't proud.

...The waste he talked about was mind-blowing.

I found this to be a frustrating aspect of all the building/remodeling work I ever did.

How do you think I felt as a bricklayer, to see the facade I built on the local restaurant gone less than fifteen years later because they wanted a new look?

I had fantasies that as a mason I was building for the ages.

But with all that in mind, I can't tell you how much material went over the side when I was in the navy.  The official term for the stuff that was dumped was it was "surveyed."  Don't cuss the movies until you think about the military.   In case we didn't know, the military is a bit larger than the movie business, who, much of the time, has worked for the military under its public relations budget.

I find the deception repulsive, but the original idea of our hunter gatherer ancestor being disappointed in us still rings true, especially as we try to open up faster to get our money faster, and say fuck the weak who gets trampled along the way.  On the flip side, cleaner air means cleaner water quality too, so as long as we clean up the place, maybe the virus is paradoxically having some indirect positive effects on the world...

I think maybe the best we get out of it is just to see the potentials, but I don't see much chance that the powers that presently are will not act out to the limits of their war toys, as people in general, acting in their own best interests doesn't interest them so much.   I don't think the powerful ones with inordinate control capabilities have a thermal fuse, so to speak, and they will do what they can, while they can, with what they can apply, in their quests to keep and increase their powers.   As Albert Einstein said, WW IV will be fought with sticks and stones.

I got a free truckload of plywood and 2X4s and 4X4s that were sets for plays at the high school.  The paint schemes were a little weird, but hey, I ain't proud.

Yeah, I try to salvage and re-use whenever possible. Many years ago I got a big trailer load of old wood shelf boards from an auto parts store that was upgrading. I noticed the half-busted up pile and they were happy to let me take what I could, so I busted them up and took them all (just the shelf boards, not the 2x4s that held them up). They were 75 years old (like the shop) and still perfectly straight after decades of auto parts resting on them. Many were also covered with silt from the flood 10 years prior, and they were all 3/4" thick by 16" wide and very heavy for their size. Like "Holy shit how can these possibly be so heavy?" heavy.

After I ran a few through a planer I realized they were all old-growth, white pine heartwood. They don't grow wood like that anymore (takes too damned long). It ended up becoming all of the interior trim and shelving of the strawbale house my gf and I built. It was gorgeous, and priceless since you can't buy that stuff nowadays unless it was pulled off of something being demolished. So our materials budget for all the top-quality interior trim we needed was zero dollars (just a few hours of work).

One of my uncles was a teacher on a military base in Germany, and told of many millions of dollars worth of perfectly good computer equipment (back when millions of dollars was actually a lot) being "disposed of" by smashing it up and tossing it into a landfill since it was determined that it was too much of a hassle to ship it back to the U.S. or sell it as surplus. It was every bit as appalling as you'd expect, and they weren't even dumping it in the ocean to make it all disappear, which is the other popular approach since the military is exempt from environmental regs.

It might be time to start a side project teaching people how to tear things down safely and carefully so as to recover as much useful material as possible since America appears to be entering a period of mass homelessness. It will be an essential skill to have for those who find themselves among the legions of homeless as next Winter approaches.

And that might include a lot of people who are not presently concerned about being homeless; having the financial ability to weather the economic disaster is no guarantee that one's dwelling won't go up in flames along with the rest of the neighborhood, depending on where one happens to live and how the upcoming Summer of Rage that hasn't even begun yet plays out.

Wait, what was this thread about again?

You bring to mind another issue, and that is, as it stands now, building codes have made it pretty much illegal for one to provide one's own shelter.  Those codes have been essentially written by the manufacturers of the building materials and components to make their products mandatory.  If you dare to build from salvaged materials, or even use ungraded lumber that you milled from trees that no timber company plantation has anything close to the quality of with their 40 years and less rotation schedules, the government might just demand your buildings be torn down, for your own good, of course.

I can't legally use the lumber from this log if I wanted to build a living space. 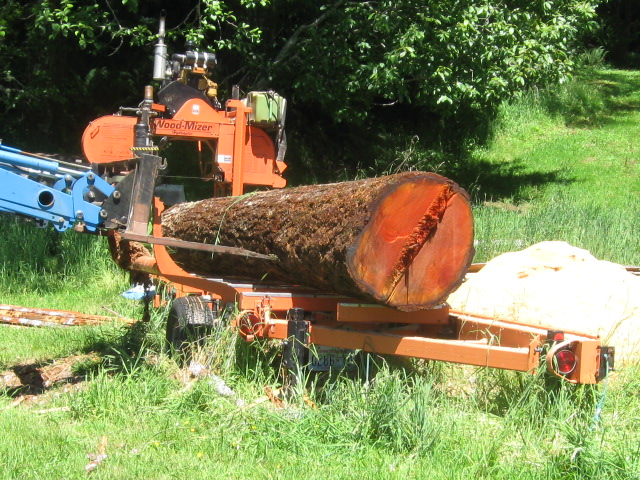 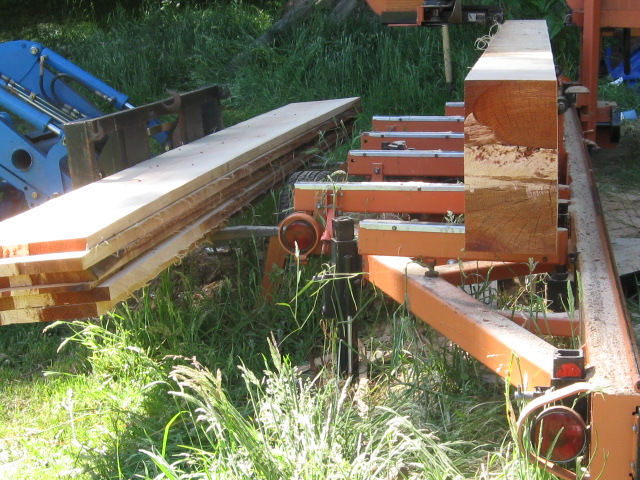 Building codes will be among the first things to fall by the wayside as the new world unfolds IMO.

Imagine being a Code Enforcement official in the kind of environment we're likely to see emerging in coming months. I suspect a sense of self-preservation will eventually make Code moot.

While in many cases Code is about ensuring people don't build crap that kills or injures others, a lot of it is infuriating, self-serving stupidity that makes life harder on people than it needs to be. Well, harder on poor people that is. I helped a friend build a small outbuilding in a neighboring County that had adopted and enforced building codes (the very rural County we chose to build in was chosen partly for its total lack of building codes). I was not allowed to use the same rough-cut lumber OR the finished, dressed lumber from a local mill that we'd used to build our place with since it didn't have the fucking stamp on it.

The lumber mill was a family-run business, so they weren't authorized to stamp their own lumber even though it was exponentially-better quality than anything available at Home Depot. It was perfectly straight, almost knot-free, and the corners were sharp enough to cut yourself with. And never mind that a rough-cut 2X4 is actually a full 2" by 4" and therefore MUCH stronger than the dressed, stamped (and often warped, twisted, and cupped) crap available at Home Depot that had to be imported from another state, which presumably had a stamping machine. And this wasn't even for a dwelling, just a utility building ffs. Gosh, I wonder who lobbied for that idiocy? (rhetorical question)

I mill my two-bys to finish size now, so I can mix it with salvaged lumber.  I could care less if it's been planed, as my bandsaw mill makes a very smooth and accurate rough cut board.   I do plane my interior finish boards, most alder, by the way, since I have nine acres of the stuff growing faster than I can mill or heat with it.  I have access to hundred year old second growth Douglas fir, western hemlock, red cedar for framing timber.   I only take the dead and dying trees for that, while the alder is self seeding and constantly restoring itself, and curiously, like as if it were a legume (though its a form of birch), is a nitrogen fixer, building soil fertility as it grows.

Here's some of the production:

Wait, what was this thread about again?