I need an ID

I found this in a grassland like habitat. There were other specimens but i only grabbed the one, i will probably go back and pick more later depending on what u guys say. It bruised blue so i think it is possibly psychoactive but im not sure. There is a lot of bluing on its spongelike gills or whatever it has. Its gills were originally solid yellow but bruised blue on the way home. 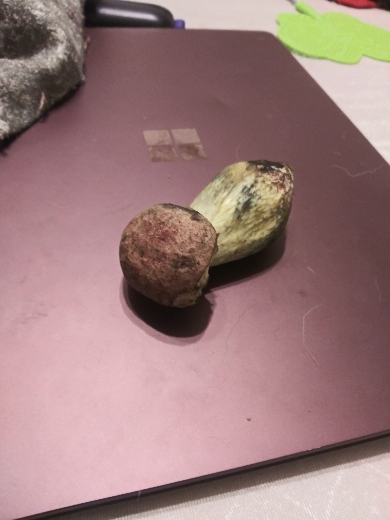 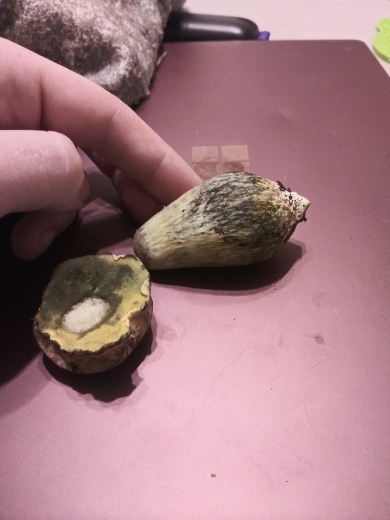 Leccinum perhaps, or some other boletales, it appears to me....

Does not look like any kind of active that I am aware of......

Do those guys typically bruise blue? I mean it only bruised blue where injured, but when i accidentally pulled the cap off it didn't bruise blue.

There are a few boletes around the world that bruise blue. Hard to give an accurate ID with those pics though.

Where abouts in the world was this found?

I've found blue bruising bolete before in UK. Main thing i learned was there seem to be a hell of a lot of species and lots look similar and lots not yet named/identified. I bought a special book just on boletes and still didnt reach a definitive ID. Not aware of any 'active' boletes.

Cut it in half top to bottom and get some shots of the colour change over 20mins. Close ups too.

I've seen some boletes do this.