Dirty is dirty bow or bullet I agree. But I feel confident they know they've been hit fatally after the adrenaline wears down.

In my hypothetical scenario it's assumed there is no adrenaline. They just haven't put two plus two together and haven't realized they were shot and their time is up.

Good point, pharmer.   That is definitely the successful senerio a bowhunter is trying to make play out.

U must be a rare shot if ur doing that consistently with a bow. I'm just not that skilled with one and know few who are.

Well folks. Looks like my parts are lost in limbo. They were supposed to have arrived yesterday - and didn't. Still no sign of them today and the tracking information still shows that the parts will deliver - yesterday by 9 PM. No update and no further information.

We were also waiting for some parts for a revolver which were sold by a different vendor. No call, no show, and no parts.

You'll get em man. Many of the munitions related packages i have received over the years have taken longer than normal. I'm sure you'll figure it out most companies who deal in parts such as for your revolver are pretty responsible IME.

Seems the nature of the beast these days, Myc.  I hope they arrive soon, and in good shape.

The gun related companies have the same problems everybody else does these days. Fewer employees on the job, slow deliveries from their suppliers, etc nevermind the lawyers and lawmakers up their ass everyday.

They're blessed with a very hungry gun buying public lately. They could ask $3K for a $1k AR-15 but they aren't. At least not that I've seen. This is also true of the reloading components part of the industry.

What was the revolver I know u may have posted it. Which one u rebuilding tho? U said a .32? Them are badass man and rare hang on to that fella.

At least this S&W viking is. Many others are as well keep them .32s now. . 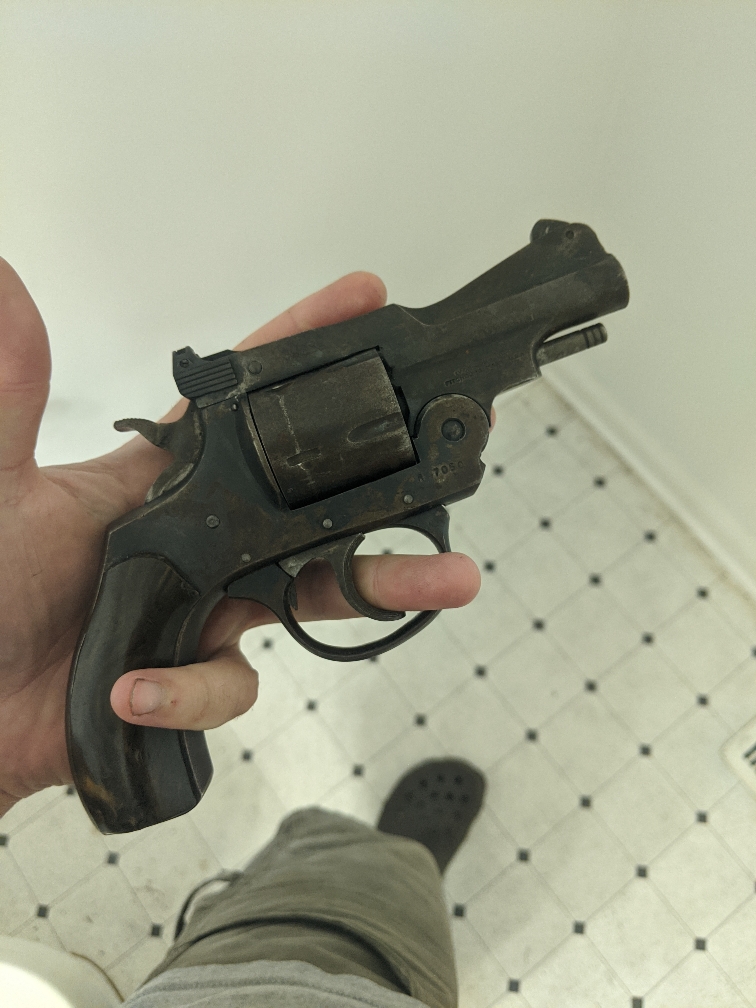 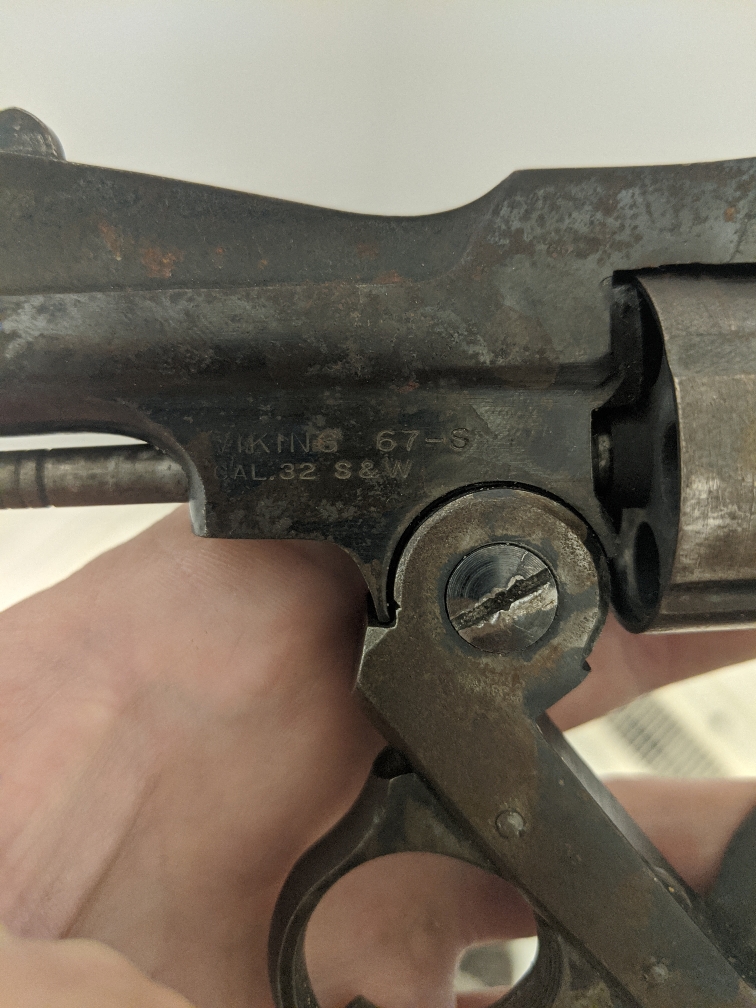 Double-action revolver which fires both .22 magnum and .22 long rifle shells (accomplished by interchanging the cylinders included with the pistol).

Next up is an AR-15. I've never really messed with this rifle so I'm a bit anxious.

This firearm is only a single action revolver.

Thanks for the heads-up Juthro.

I'll be honest. I have a lever action .22 mag winchester rifle and it's one of my favorites for it's role hands down.
That revolver likely has awesome accuracy potential and ammmo is cheap i say rebuild it oil it and go wild man sounds like fun!
The ar will be an experience but not overly complicated. I'll be honest again I love that 762x39mm round tho. The 545 nato isn't bad they both hurt I suppose. That 762 is nasty shit tho fr

+1 for 22 mag, IMO it is an underestimated round, especially when fired through a rifle, or carbine.  I wish to god I still had my old Rossi 22 mag pump action.  It was a varmints worst (and last) nightmare.  Varment control was one of my duties back when ma and pa still ran the nusery.

I also agree that a 7.62x39 is superior in almost every way over 5.56 NATO.  I would much rather have an AK, than an AR in a SHTF situation.  But I would also much rather have either then a slingshot, lol

My parts finally arrived and I've got the machine operating correctly again.

I used the de-priming and case re-sizing die in a single station and de-primed a bunch of brass. It's in the polisher and should be ready in an hour or so. Everything is functioning smoothly.

Next is to set up the remainder of the dies. A process which may take several hours. I've got everything I need in hand and am glad to be back on track. I'll wait 'til tomorrow and start fresh.

Spent 2.5 hours zeroing my scope on a savage axis 308 that was way off. Started at 25y for windage and then to 50 and 100. Wound up here with an off 4 shot group with one being wayward at right edge. I was pleased to get this before it got too dark. I'll work from there tomorrow.
I was happy with that 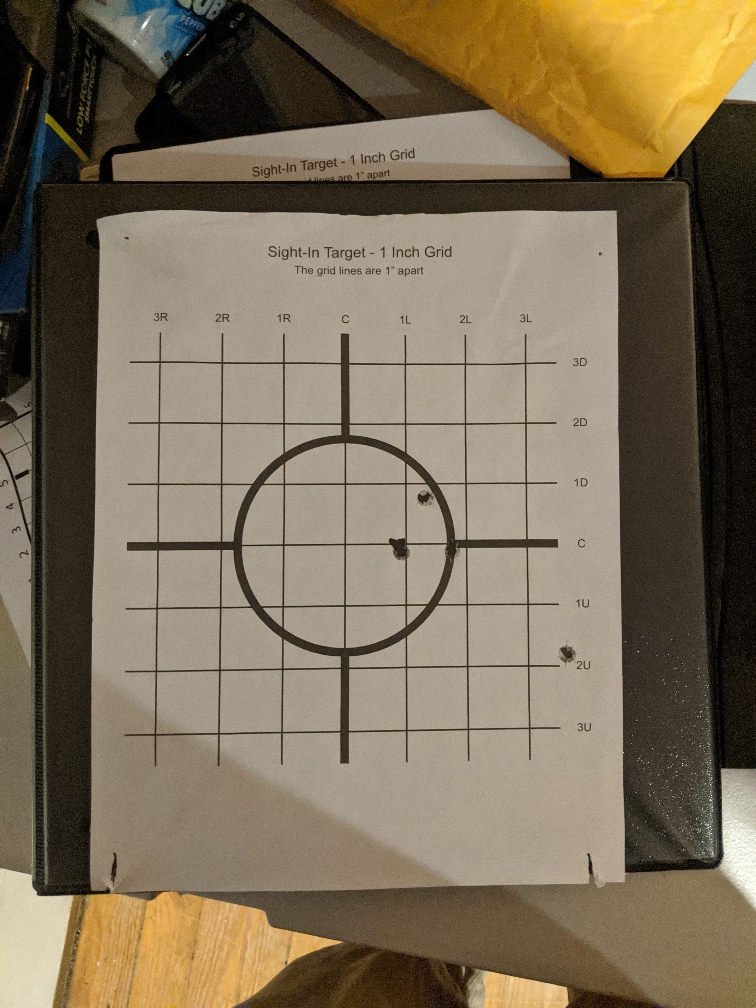 I would call that group good :)   If you can do that at 100 yards, and there is game in the area, dinner should be no problem.

The garden should be safe!!

It's funny u say this. They recently learned my electric fence and raped my watermelon and canaloupe. Was a gut punch for me honestly cuz it's two I can share with people who don't know how to cook and thy enjoy it. Was a sad day for me lol.
I'ma shoot alot of deer this year who taste like watermelon for real. I can't now I have to wait til August. Even with the kill on site permit for agriculture u still can't harvest the meat so I don't bother. Rather wait til August and freeze the meat 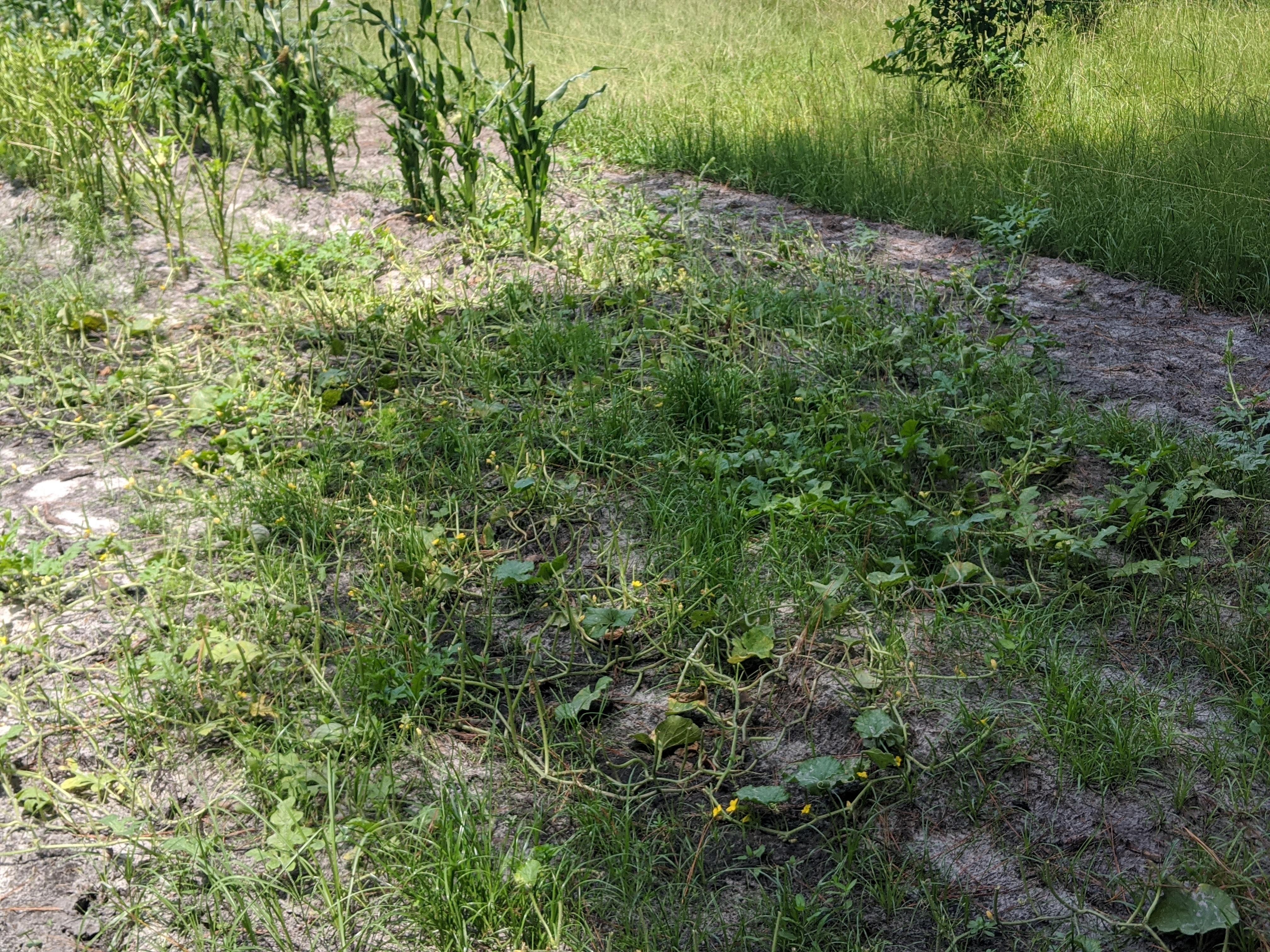 Sorry to see the garden devastation. I'm curious what kind of electric fence you have if the deer just come right through it. We kept livestock and had a fence charger that could put a 1400 pound bull on its knees. I have zero experience with deer though.

My neighbor and I were shooting colibri rounds in his garage the other night and I managed some pretty tight grouping myself.

I learned something about putting empty brass in a polisher. Leave the primers in or the polishing media becomes tenaciously lodged in the primer seat. Cheap lesson learned. I was able to de-prime and re-size over 150 shells in about 20 minutes. This is one interesting machine for sure.

The only other item I really intended to obtain was a Springfield .40 cal semi-automatic. A friend of mine has one and they're pretty easy to handle.

One of us accidentally left it unplugged and they tore a line I didn't see. So they came back is what went down since u asked.
They also jump over them bad mine is only 6ft high. Now that they know they just come and go lol. I'ma have to do a twelve foot pole setup next year id say.

I've got all of the stations set up as of yesterday. This was a very fun and tedious process.

The de-priming and case re-sizing die was pretty straight-forward and easy to set up.

The automatic re-priming station and primer feeder were also pretty straight forward. (Although at this stage I did not prime or charge any cases - I used only empty, de-primed brass for setup.)

I'll be setting up the case-activated powder measure today. Yesterday I was able to set up the mechanical travel but did not get into adjusting the powder charge just yet as I need a manual with re-loading data. I'll borrow my neighbor's book this afternoon for setup data. I've got powder and a balance scale all ready to go.

The bullet seating and crimp die was probably the most difficult to get set up. It took me several tries but my last two samples measure out to factory ammo specs which tells me I've got the overall length and crimp exactly the way I want it. One of the setup videos I watched was reloading the exact same ammo I am reloading so I was able to get the overall bullet length from the tutorial (1.44-0 inches). Now I have several bullets to extract from empty cases so they can be re-sized, primed and charged prior to re-seating the bullet. No worries on that as I have over 150 empty cases to reload. It took me 13 trial runs to get everything set right so I only have 13 bullets to pull.

One other fun thing I had to do was to custom construct a powder baffle for the reservoir on the case-activated powder measure. For some reason this little baffle was missing. It is necessary so the powder doesn't get impacted and bridged in the hopper - resulting in short or null charges. The part is impossible to find on the internet.

I made a template out of rigid-grade paper cut from a junk-mail ad. Then I cut the part from sheet metal with a drill-powered nibbler tool. While it doesn't look "factory" it should do the job just fine. We'll see later today.

My neighbor is all fired-up as he was never able to get the machine to function as intended. I'm pretty stoked to say the least.

It's awesome ur doing that. I wanna get into it at some point also. Ur reloading rimfire cartridges right? Like I said I shoot often but know little about reloading. I keep wondering the differences in process and equipment between reloading rimfire and centerfire cartridges which is what I really need to get cheaper and learn to reload. I will look it up at some point. I'm stoked ur getting that into it man for real it's cool to see the bug biting you and it's a good skill set to have in ur back pocket.