17 replies to this topic

Ha! Made you look! Lol.. this looks really good though especially on a hot summer day!

Oh man, ya got me lol, BUT you reminded me a prank I once got WAAAAY more mileage out of than I deserved.

I worked with this young guy once who was forever playing stupid pranks on people, particularly me lol. It went on for a while until I decided to get him back. I put a sign on the back of his jacked that said, "I AM WEARING MY FAVORITE PINK PANTIES! in thick purple marker. This kid is the big macho type too lol. It was a pretty big sign, and I honestly figured he would see it and that would be that. God had other plans though, and must have really wanted to smack this kid lol.

Right after I put it on there, the fire alarm went off, and we all grabbed our stuff and went outside. He snatched his jacket up and put it on with no clue. Of course I had to walk out ten feet behind him running interference to keep people from telling him. We sat on the curbside, and people were milling around, still with me making the shush sign. His father was in management and happened to see it, and said to my buddy, "Pink panties huh?" The guy just laughed and didn't get it.

So thinking that was about the end of it, we all filed back inside. I gave up running people off being satisfied with that. Now it's lunchtime, and he went to a local terriyaki place and a big biker dude is behind him in line making cracks about panties. C is getting the jist now and turns around to see what the biker guy is laughing at, and when he did the very pretty lady who works at the counter pulled the sign off of his back and handed it to him with a giggle and that was that. Way more mileage than I deserved to get from that simple prank.

So now he had to get me back, but there is no way in hell he would ever beat that one. So I died death by a thousand cuts for 6 months with him doing silly shit to get me back until I was ready to wring his neck lol. It got quite out of hand, and finally I told him he better fuck with someone else or I was gonna get serious, and I have a devilish mind for dumb stuff like that. :) He STILL pranks me from time to time. Some people's kids lol

It does sound tasty though

Sounds a little sweet for my personal tastes, but I'd try it once :)

Huhmmm. I have an idea for a future fundraiser! lol

Huhmmm. I have an idea for a future fundraiser! lol

Uh huh! I just ordered 2 dozen shipped to your house!

Haha well that was a waste of money! Lol

Uh huh! I just ordered 2 dozen shipped to your house!


Im a little stoned and just realized how your fundraiser idea involves pink panties and why you would ship them to me! Is a good idea but NOT happening! First of all I don't do pink anything except maybe a drink.. and second I don't do panties either no matter what color they are! Lol so yea ship them to yourself and you do it! Lol

Oh “Camando” is even cooler! I was just thinking you could sign them with sharpie or something. Glad to see that you finally got some good herb!

Oh “Camando” is even cooler! I was just thinking you could sign them with sharpie or something. Glad to see that you finally got some good herb!


Lol now that I can do but I ain't putting them on! Lol

Did you think that folks wanted used panties over autographed?
Now who’s mind is in the gutter?

Did you think that folks wanted used panties over autographed?
Now who’s mind is in the gutter?


I figured yours was first being a male and all.. lol

See, I was thinking you would have to do at least one photo with a signature to establish your brand lol The rest is up to the imagination 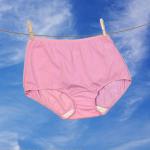 12 of each Juthro! I am glad I wasn't the only one thinking about that.

Back to The Trip On Inn