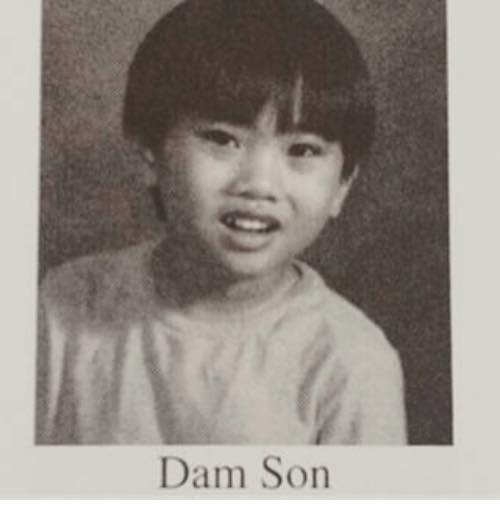 Pea+ F2 qts are just about done.. might give it til Sunday before I spawn them

Tester 1/2 pint of a 4oz rye spawned to CV looking good for a pin set..

^^^that has me excited for the two tubs of that culture I have about to flush.. I did a late casing on one half and a 1/2” CV top layer on the other.. trying to figure out what this culture likes best. I’ve got two more tubs of the clone in the works that I’m going to case with 50/50+ for one and a really thin top layer on the other

The bin of PE/pfrs RADS is almost fully colonized.. put its cakes in a FC on wed too. That’s got me really excited.. finally (hopefully) get to see if I can replicate getting another cross like I did with pea+... mere days away. Won’t be as easy to tell the difference between pfrs and a PE/pfrs cross as it was with PE and AA+ though.. hoping it’s obvious

So I’ve got the PE/pfrs RADS (rub and double swab) in fruiting chambers. 16qt tub, 2 qts of rye spawn to CV.. The qts were inoculated with GLC made with the RADS SS. It’s been 4 days

The last time I did this^^^ with pea+, I got an entire bin of cross fruits, so here’s to hoping!

Here’s the coir cakes I made with the RADS SS.. it was the first time attempting coir cakes and I made them too wet.. I ended up having to cut off some uncolonized areas at the bottoms of the cakes so hopefully I went far enough and they don’t tam out.. I’m hopeful though. They’ve also been in the FC for 4 days

So hopefully in the next couple weeks I’ll know if I got my coveted red spore PE variety. :)

Those cakes colonized great and look awesome.. they reminded me of the first pea+ RADS SS cakes I made and got crosses at almost every inoc point, so I’m pretty excited about this grow. The qts I made with the glc of that RADS SS we’re shook yesterday and they looked great pre-shake

When I made the glc grain jars for those^^^ qts, I made two 4oz rye jars... one I used to inoculate those qts and the other I spawned to CV in a little glad container and it’s probably a fewish days away from knots atm..

That’s why I like those little testers.. they give me a glimpse of what’s to be in a couple weeks

Lots of fun and exciting possibilities coming up in the next couple weeks! Really need the mush gods to shine on me lol 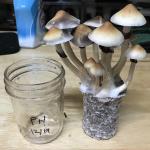 Got a couple tubs fruiting now.. they don’t look as good as the tester but I’m thinking it’s because the top layer is too thick or just needs a real thin one

The whole tub has a 1/2” top layer and the right side has a late casing at knots.. I think a 1/4” peat casing will do well on one of the next tubs.. I’m going to try no top layer or casing in at least 1/2 of another tub

I gave my opinion on "crossing" p.cubensis in another thread but I have to echo thefunkyones opinion is the same as mine.

I get the theory that its during the natural selection process of fruiting substrains is where some mutations or anomalies might manifest themselves and make some of the mushrooms look new but guaranteed it can happen even if you're not crossing strains.

Printing from those caps will not guarantee that the same anomalies will carry over in a new monokaryotic culture even if you start one from a single spore.

It would if it was a tissue clone.

Now, can someone tell me what p.cubensis were mixed together to create "jack frost" cause I want some p.cubensis that produce blue spores and I'm willing to try the experiment without high expectations but I need to know exactly which spores were mixed and matched from what original p.cubensis novelties?

Well.. I’ll hopefully be able to show you with the F2 tub I have coming up and I can see some variation.. it’s not from this clone.. this is just a clone I’m playing with. I used PE and AA+ specifically so I’d be able to tell what’s up. Did you read the thread? Spores from each were physically mashed together and when spores germinate, they are mono, no? So if two spores germinate next to each other, can they not combine? That’s idea here

F2 tub is coming along nicely

The late cased/top layered side is filling in nicely

I’m in love with this clone and it’s only the first one of many to come lol.. final shots of this tub. Easily gonna clear 2oz

Thats so funny I just messaged you about something related to breeding with PE. Depending on what characteristics you develop will you back cross again with original PE to gain some more of its traits? I suppose there is no need to if you like what you are getting tho :) this is super interesting I love reading about breeding projects!

Damn tbh thats what I hoped to see when I said "I'm more exited to see the f1".

Hope you stabilize those nipple heads rather than the other tubs you've shown.

I will be stabilizing this clone for sure but I expect to see nipple heads in the f2 tub that’s coming up as well.

Haha.. there’s so many things to do with this hobby that make me say things I wouldn’t have imagined saying before I got into it.. especially when working with penis envy <—- hell, that’s one right there.. I.e. “I have penis envy” etc. lol

That clone tub dried down to 66.4gms.. right on par with my PE tubs and only half the tub fruited (even though I’m sure the unfruited side probably supplied a lot of water and support for the fruiting side, but I’m confident I can get that around 80gms if I have full pin coverage.

I will be stabilizing this clone for sure but I expect to see nipple heads in the f2 tub that’s coming up as well.

Whats your process for stabilizing clones, if you dont mind me asking? You want those nice nipples and thick stems as the desired phenotype?

So.. I had a pea+ 16qt sub that fruited the first flush and I needed the tub it was in to start a new sub but wanted to take the first sub to a second flush, so I put the sub into a 2.5 gallon ziplock and poked needle holes every 2-3” on top and sealed it up.. put it on an old tub lid and put it on a shelf and forgot about it

Here’s the end of that subs 2nd flush.. they’re chunky!

So on my pea+ f1/ pfrs cross attempt (any pea+ fruits would be F2 and I’d expect parent variants in non-pea+/pfrs cross fruits) brf cakes I have an AA+ pin.

Just in case there’s still doubt that pea+ is a PE/AA+ cross. I’ll definitely post more pics as they progress

Here’s the straight F2 pea+ tub.. it’s knotting up.. should see pins in the next couple days

The 16qt of the PE/pfrs is also pinning