What are you eating to stay healthy?

That's an interesting point as well. Considering the Sulphur that is added to natural gas so that we can smell gas leaks is converted into SO2 and SO3 (in smaller quantities) during combustion, and these are both highly toxic.

I'm by no means an expert on this stuff...I just read. It seems that natural gas is a bigger culprit than propane but neither are optimum (this would also include furnaces or other sources of heat, of course).

These are the biggest issues: nitrogen dioxide, carbon monoxide, and formaldehyde

Followed by a slate of others: methane, radon and other radioactive materials, BTEX (benzene, toluene, ethylbenzene and xylene), organometallic compounds such as methylmercury organoarsenic and organolead, mercaptan odorants, fine particulates, and polycyclic aromatic hydrocarbons, etc

I realized this when I was redoing my kitchen. And apparently, range hoods are almost universally useless. Fans aren't sized correctly, room size has to be considered and they'd basically have to be so close to the range that you couldn't even cook on them. I suspect they're better than nothing but not by much. I believe the New England Journal of Medicine is about to come out suggesting a ban on the sale of them.

Range hoods are only useful if they vent to outside. Otherwise your just blowing shit around your kitchen.

I don't think I've ever seen one that isn't vented outside. The point is, even when they vent outside, they're doing very little that they're supposed to be doing, for the reasons stated above.

I am an omnivore who grows pickles and cooks just about anything I want. I threw away the microwave 5 years ago and never looked back. The microwave enabled the purchasing and consumption if super processed bullshit that doesn't belong in our diets.
I wouldn't piss on that thing if it was on fire. We cook/make from scratch every meal we eat and has been that way for years now. I'm an accomplished retired chef who has cut back on beef consumption due to the unappetizing myriad of antibiotics and other nasties that are chocked into all the "bargain" or "value" brand meats. The poorer you are the harder it is the eat healthy. I think thats by design.

I inadvertently cut vagina out of my diet and have been regretting it ever since...

I suppose that contributed more to your psychological health?

We talking sea-range vagina, or river-vagina? Heard you have to be careful with heavy metals, specifically iron.

Next thing on my cooking agenda is getting into fermenting my own food. On the agenda is kimchi, pao cai, and real pickles, beets for the wife.  I already make my own bread/pizza, same sourdough culture for 6 years now. Haven't had a "real pizza" in years.

Cut out redmeat years ago, been off and on again with pork. Pork is tricky, weird studies out about it containing hepatitis. Most religions say it's bad, even the Maztapec would not consume pork a month or a few weeks before tripping.

I really try and avoid grilled meat/grills in general. When I switched from smoking to vaping I started reading about the combustible products which hydrocarbons, heteocyclic amines.

It's horrible the shit they put in the food in the states, that are illegal in most of the world. I used to think this was all new-age bullshit, but our diets are destorying the world and ourselves.

already make my own bread/pizza, same sourdough culture for 6 years now. Haven't had a "real pizza" in years.

Have you seriously kept a sourdough starter alive for 6 years?

You can buy starters from like Pompeii times...They are stupid easy. I had a colony that was almost 10 years old then depression hit bad.

Starter is so easy! 25g flour+25g water. 24 hours later, discard 25g. Add 25g water and flour to initial mix. Repeat till doubles in volume, takes about 2 weeks IIRC. Once you let it grow a bit more and it's as reliable as a clock to when it doubles. Throw it in the fridge and feed it when you remember. (same process discard 1/2 add back 1/2). Tons of other starters out there, but that's the most common "liquid starter"

I understand the premise, I've played with starters before. they are pretty simple to maintain. It's more the time period, I only kept mine for a few months.

Starter sour dough is really Awesome! I made my own pizza since I found a fly in some pizza I drove 60 miles to pickup. Ez recipe 12c flour, tablespoon of honey, some yeast and 4c of water. Props on cooking your own pizzas bra. Pizza Nation yo!

I started making my own because of needing my gallbladder removed. All the grease/oil was killing me.

Currently I am on the sea food diet, I see food I eat it.

But seriously I have been riding off the rails again, the candy man is back in full force, it felt easy to cut the soda out, and ditching sugar from my coffee but I am struggling with just about everything else that contains sugar. I discovered the dollar store junk food isle and the low prices make it difficult to turn away that processed sugar crap.

I took my finals today thank fukn God. Covid semester has me taking next off. So I'm focusing on this area. Burning and putting out some milorganite so I can setup my greenhouse and plant whats around this spring. My garden ventures and preservation of what I grow will expand this year.
I been eating alot of deer though lol. Hopefully ill have some way better recipes to share off what I grow this year. I plan to dehydrate and freeze alot this year because canning it takes too much room and I always end up losing alot of what I grow.

I forgot to show the area for my spring garden lol. So I did do this. Gonna put up a greenhouse and raised beds. Then plant the area on fire. Its a 90 degree off that red fall Bradford pear tree
I'm burning that putting milorganite. And then turning it over with some horse shit from the small stall 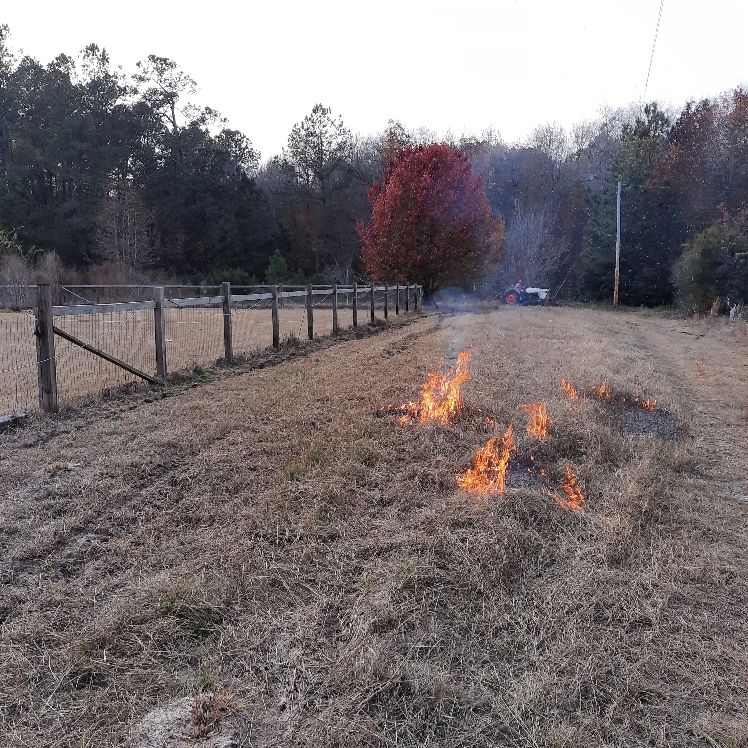 My goal is to actually efficiently preserve what comes off my garden this year. I find that keeping what u grow longterm is the hardest part. So wish me luck hopefully ill have some things to share here once I get my spring and summer shit going

I took my finals today thank fukn God. Covid semester has me taking next off. So I'm focusing on this area. Burning and putting out some milorganite so I can setup my greenhouse and plant whats around this spring. My garden ventures and preservation of what I grow will expand this year.
I been eating alot of deer though lol. Hopefully ill have some way better recipes to share off what I grow this year. I plan to dehydrate and freeze alot this year because canning it takes too much room and I always end up losing alot of what I grow.
Sent from my SM-A515U1 using Tapatalk

Nice seeing you around here again! What size greenhouse do you wanna setup?

I got ambitions. I'm thinking like 15x20 to start. I disassembled a giant frame last year. I'm trying to put her into action without making to many modifications. The one I disassembled is larger so we il see how it goes. I plan to mod the frame and wrap it. I may be poor at first in regard to the mods but it'll be a learning experience

The smaller setup is also what I'm focusing on. I just don't know what to do with all this frame. So I may have a designated 8x10 are first and grow I'm still kind of plotting what to do with that burned area

My greenhouse (8x12) didn't work out well last year. I gotta really tinker with it this year.

I plan on preserving most of my goods. Dehydrate, pickle, kimchi, all types of weird fermentation I might play with.