26 replies to this topic

I've just had bad luck with standing water on my plates.

So if the syringe left a puddle usually slime mold or bacteria takes over. I've had better luck with a loop to truly get less then a drop on the agar. Sounds like you just got bad syringes though

So I took a couple transfers from the most advanced GT cultures. I tried to get the most rhizo looking stuff, but I'll probably need a few more transfers to get everything clean and isolated. I also took some gills from a B+ (IIRC) isolate I had laying around and put them to agar.

Will post pics once there is something to see.

Here are the "good" transfers from the other day. They pretty much all had some bacterial hitchhikers but I see a few good spots for transfers.

On this first one, the myc has been having a difficult time getting past the bacteria on the transfer. But the section I marked is where it made it to the fresh agar and will grow out far enough to transfer from. 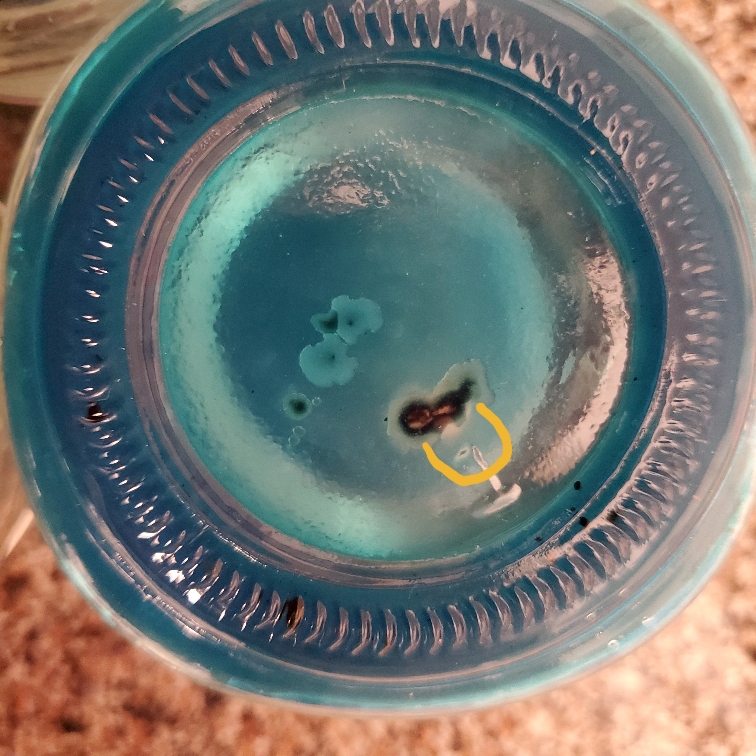 This one is similar to the first, but the myc is having more trouble. I'm mostly keeping it to see how it fares. Hope is not high. 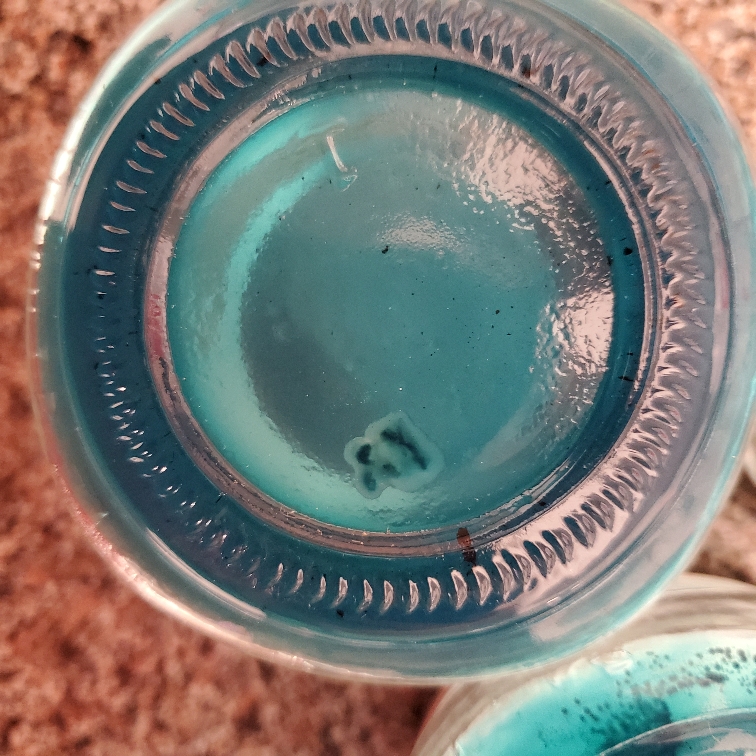 The myc on this transfer seems pretty aggressive and I'm excited to see how it does on the next cleaner transfer. 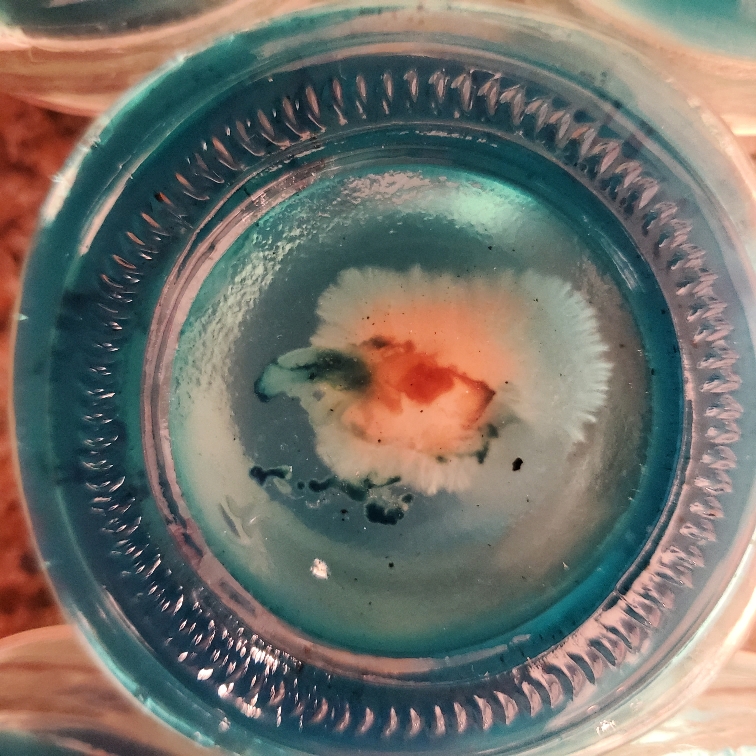 This is the cleanest of all the transfers. It's got a nice mat going with plenty of great looking sectors. 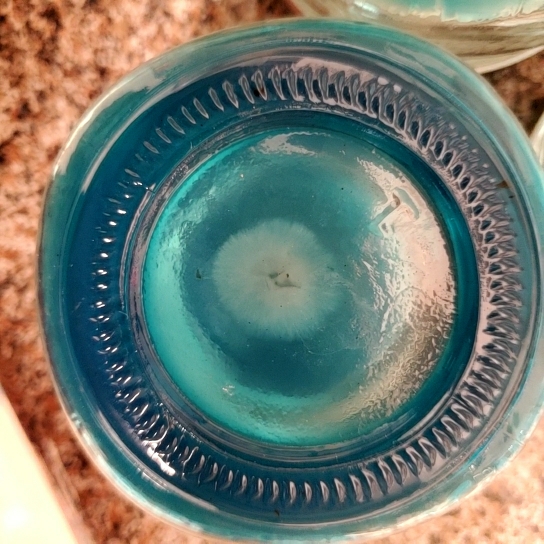 And lastly, this is the jar I threw a few pieces of gill from a B+ isolate from a FOAF. Within 3 days there was visible myc, and these things have been in a jar w/ silica gel for 6mo! 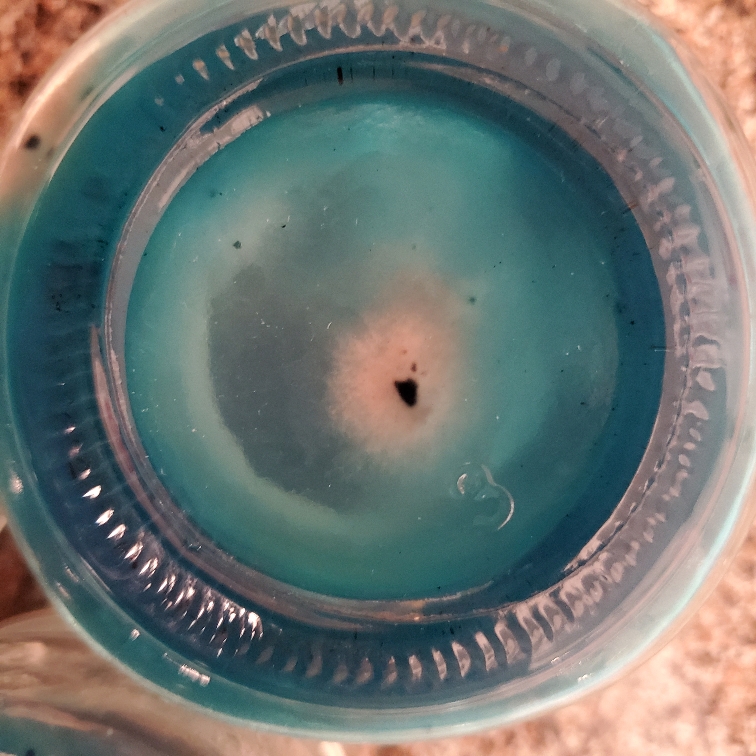 Always super difficult to tell from pictures. Your first 2 jars I'd toss though, both I can't discern any healthy myc.

When you look at pic 3 it has healthy obvious myc, but right at your transfer is that same slime/bacterial presentation.

Great pictures, just so hard to discern without seeing from top/bottom/side.

The jar in the first pic will be fine once the marked edge grows out a little. There's the tiniest bit of myc that's finally made it to fresh agar and should grow out nicely.

I definitely don't have high hopes for the second jar.

The third jar has a bunch of slime on the left side, and a bit on the upper left outer edge. But everything to the right is clear and free.

The downside to jars is the lack of good photos, other than that I do like them. I may try pouring some proper plates, but not right now.

Yesterday I made a few more transfers. So far all but one are showing signs of recovery, puffing up and making visible progress towards the new agar! I have a few different agar recipes floating around: chunky WBS agar, LME (dark blue), and a new 50/50 WBS/LME (light teal/green). So for each of the transfers from yesterday I tried to make sure that each one was on a new type agar, just to see how they do.

I made T1s from 4/6 of my Redspore germ plates:

Each of these are T2s from my GT plates:

I made 6 of these, but these are the only two worth showing at the moment.

And lastly, 3 T1s from the germinated B+ gills:

I also made up 10 4oz jars of WBS to test some of these cultures (I plan to make mini tubs with some or 10oz containers). And since the PC was running, I made 3 plates of plain distilled water agar. Planning on testing them out with some bacterial transfers to see how it goes. 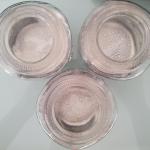 Last week I made some transfers from some of the jars in my last post. Most of them are doing okay, nothing to write home about. But I will say that the culture from the B+ gill is looking really good.

I made two transfers from a T1 B+ jar (WBS/LME). One went to my last chunky WBS-agar and the other went to a WBS/LME agar. The chunky WBS specimen is looking remarkably rhizomorphic:

The WBS/LME is looking good, but not nearly as thick:

Each of the cultures I transferred from last week also went to grain. I used five 4oz grain jars and picked the best remaining sections. So far, 4 are showing some nice looking growth. The grain does look a bit dry, so I am slightly concerned about that. I may end up adding some distilled water if things start to slow down.

Being concerned about the grain jars moisture, and having a few plates that were being overgrown I decided to do the rest of the jars on Tuesday night. One plate had a bunch of knots and a tiny pins, most were so-so looking. There was one particularly stand-out plate that was a GT culture that grew out in thick straight rays, so I'm curious to see what happens.

My plan is to fruit in 8oz containers inside a few sterilites. Then take a couple of clones and prints from each jar and continue working with the genetics.