Do any of these bacteria to you? I am thinking the wet spots are bacteria, as they are close to the agar.

So perhaps the plate was not as clean as I thought it was; but it looked absolutely clean! Bacteria is virtually invisible!

I guess I need to keep doing more transfers to out grow it. I am thinking that in picture 4 when the grains get that slimy coating that it's bacteria.

Here are some that are growing well to lift my spirits.

Pic 1 is green? And some yellows?

Pic 8 last one, take a good look at how the grain is colonized yet somehow not colonized. You see many grains just sitting out like hey whats up. That's bacteria.

Honestly these all look really bad. 6 and 7 may be ok.

They look like they are not being sterilized right or you are contaminating them during transfer with a bad flowhood or still air tek.

I dont normally agree with sandman saph but he's echoing what I already explained to you.

Vent the pressure cooker for 10-15minutes

Increase the PC time to 2 hours.

This will resolve the issue.

And one thing I'm wondering, when your pressure cooker comes up to pressure, do you turn the temp down to a low-medium (around 3 on most conventional stoves) or do you put it on low simmer?

I only ever encountered whatever that yellow shit is on your rye when I too was not sterilizing my jars at 15psi.

Unfortunately, I don't think those jars look good either. Sorry about that as I can see you've been waiting patiently on these for a month.

The jars have different cubensis varieties, so we know they didn't all come from the same agar plate. So, either all the plates were contaminated, or the contamination came in later, or both.

To me, bacteria on agar has a filmy or slimy look. It usually starts as little dots under where your hand was when you inoculated the plate. If you used a MS syringe and put just a drop of spore water on the plate, there might be a filmy bacteria before the spores even germinate.

What grain spawn is it? If your spawn is too wet when you put it in the jar, it favors bacterial growth. Ideally the grains should be dry to the touch. Also if your grain is overcooked and a lot of it is split open so the inner starchy goodness is exposed, that also adds to the risk of contamination. I've just started using horse oats which are much dirtier than people oats, and I've found that giving them a good rinse in hot water both before and after hydrating helps them look a lot cleaner.

When inoculating with agar (or doing a g2g transfer), shake the hell out of the jar after you put the agar in. You want to get as much grain to come in contact with the agar as possible, so that in a few days you start seeing growth everywhere instead of just from that one spot. The faster the mycelium colonizes your jars the better.

Do you have pics of the agar plates you used for these jars?

Pic 1 is green? And some yellows?

Pic 8 last one, take a good look at how the grain is colonized yet somehow not colonized. You see many grains just sitting out like hey whats up. That's bacteria.

Honestly these all look really bad. 6 and 7 may be ok.

They look like they are not being sterilized right or you are contaminating them during transfer with a bad flowhood or still air tek.

It's just under really bad lighting; or it might be my phone camera white balance... I am looking at them in the sunlight with my two eyes and they don't look yellow. In Picture 1 its the mycelium that is turning blue, which happens sometimes, not sure  why.

2 & 3 are powdery. Probably Yeast or could be the dried gypsum. Will toss anyways.

In picture 8 I figured it was bacteria. too bad. At least 7-8 seem ok for now, too tired to realize they were the same photo.

I dont normally agree with sandman saph but he's echoing what I already explained to you.

Vent the pressure cooker for 10-15minutes

Increase the PC time to 2 hours.

This will resolve the issue.

And one thing I'm wondering, when your pressure cooker comes up to pressure, do you turn the temp down to a low-medium (around 3 on most conventional stoves) or do you put it on low simmer?

I only ever encountered whatever that yellow shit is on your rye when I too was not sterilizing my jars at 15psi.

I turn the temp down to medium, the weight is usually rattling around making a bunch of noise.

Sorry, they're not very close up photos. The grain is Rye Berries.

How can these jars sit there for a month or two and have nothing show up and then right when I put an agar plate in they get bacteria and other random contams. :(

I am transferring them with gloves, shit loads of alcohol 70% and even Hydrogen Peroxide on the outside of the jar, face mask, torch sterilized scalpel, cut it and transfer it as fast as possible, open the jars 1-3 times to get the wedges in in front of a flippin flowhood.

I didn't shake them this time because I wanted to see if bacteria would form where I put the agar plate, and not in some random spot in the jar....I wanted to try and confirm it was coming from the plate.

I poured a bunch of gypsum in this batch so it might have dried up and is making it look all dusty inside.

All that being said, it looks like a few of them may turn out to be successful. I just tossed like 9 jars out of say 50....so....at least the GWMs  I inoculated off MSS are not contaminated.

If the sterilized jars showed no contams after a month or two, no smells, when you turn the jars the grains all separate there are no clumps, then yes it seems like contams must have come in during inoculation. Do you run your LFH for awhile before doing work?

A really good test would be to make up a batch of petri dishes and let those sit a month or two and see if anything grows on them.

I know it's super frustrating, but you'll figure it out when it's happening.

A bunch of those plates look odd, but not the best angle. What's up with the plate all the way left and top?

Looks like you use huge transfers. Cut back on the size of the transfer and don't let the plates grow out so much.

Usually transfer 2 or 3 is when they go to grain. I think all of these went to grain at transfer 2 as I didn't see anything notable other than mycelium in the plate. Turns out I was wrong...?

a bunch of these plates look weird, from having too thick of a wedge and too deep of a plate  causing the wedge to press up against the top of the petri dish, too many BRF grains in the Malabar dishes.  The mycelium isn't that uniform really, but someone said that irons itself out after multiple transfers.

If the myc is clean, then it's gotta be your grain. I'm just not used to the grain in the center of the plate, looked super odd.

Looks like some jars are wet and some are dry. 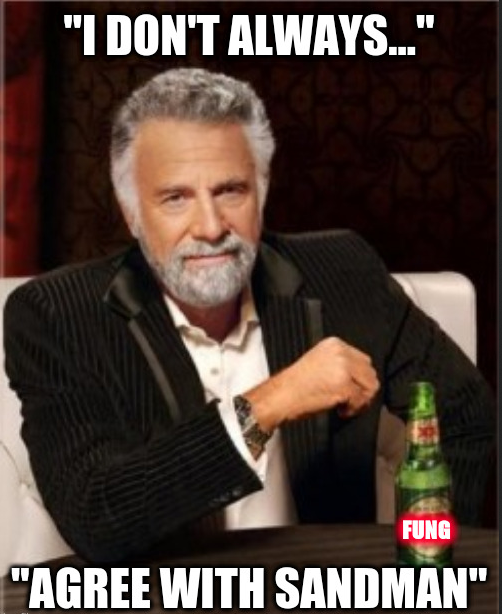 You need a riser to work on the agar, dont work straight on the work table it has lots of backwash and turbulence. 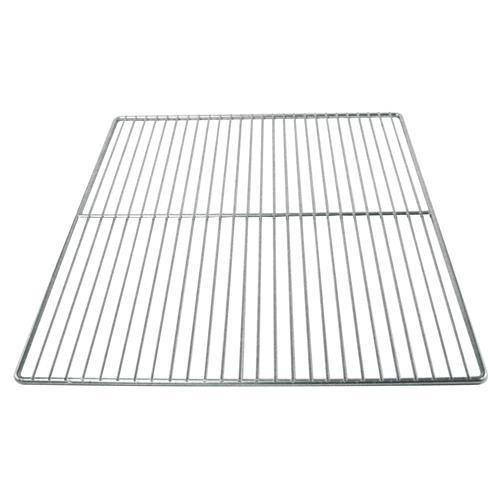 Something like this, use some stuff on the corners to lift in up a few inches into the stream.

you might be able to find something like this in the kitchen organiuzer stuff area of your local store too. 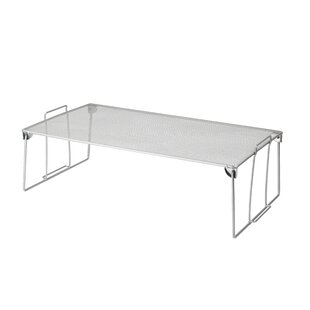 I saw someone just say something like "Why would I need a 30" hood anyway"?

And this is why...you need to lift the items up at least a few inches.

see this part of the video to understand why

Anyways
The problem is the PC not being under 15psi and the lack of venting to remove the air pockets.

When I didnt have my rye under 15psi it developed a powdery/slimey residue similar to what it looks like in saphs pictures.

The reason the mycelium is turning blue is because its oxygen deprived and dying as I mentioned to you before. You need to start inverting your lids and leaving the bands on slightly lose and it will resolve the issue.

But first you have to resolve the bacteria problem, I doubt bacteria is coming in from your plates since the majority of your transfers look like the mycelium began recovering just fine up until bacteria set in (on the grains) and the myc also got deprived of oxygen.

I fill my PC up with 9Quart Jars...7 on the bottom and 2 horizontal on the top. If the PC is literally entirely full should I pressure cook it for longer?

I am thinking I am going to lower it to 7 jars, throw in 3 layers of riser jar lids and send it for 4 hours, to be absolutely sure I PC'd the holy hell out of it.

I am going to document how I do everything, and everything I have until I get to the bottom of this.

Here is how I prep my grains. Soaked for 24 hours. Labels from the previous weren't removed.

Left the weight off for 20 mins until steam started releasing out the top.

Let me know if you see anything suspicious in any of them! :/  I know a few of them are contaminated, like photo 2.1 I just posted them to show.

You need a riser you are just contaminating them by bad flowhood use while they are open in the hood.

You can not open jar right on the work surface like that. Did you see that smoke test video at the time stamp i sent how the table has a huge updraft of room air? And thats on a real commercial pro hood not your tiny little thing.

Grains contaminate from dirty air way way easier than agar. You ever tried to get a troublesome sporeprint to germinate on agar?

This is why you are seeing various rainbows of contams, because it's coming from the open air.

Your PC time and tek sounds ok. As long as you are getting a good solid venting done and 90 minutes minimum at 15 psi no worries there no sense in even talking any more of that.

Other possibility would be a bad filter seals/adhesive on the jar lids. Ive always been a big fan of just a 1/4" hole and a tight polyfil wad. Can inject right through with cool needle so no port either.

But I know for sure you are experiencing all kinds of room air in your jars with that hood set up straight on the table.

Your hood may be too small (short)  to use for g2g type activities with a riser under it like you need.