Well, not exactly. But I am doing some pickling/fermenting!

Every so often I'll make a batch of hot sauce, and started a couple yesterday. The quart jar is pretty much all bell peppers, 2 habeñero, a serrano, garlic, shallot, and cilantro. Comes out really nice, not incredibly spicy, but great on food and amazing for marinades (pepper steak especially).

The pint jar is a bit more experimental. It's mostly fresno chili, a slice of red bell, dried maiatake/hen of the woods, a couple dashes of fish sauce, szechuan peppercorn, garlic, and shallot. I wanted to add some ginger root, but forgot to buy it on my last 2 trips to the store.

The peppers were all started yesterday, and on my trip to the store today I decided to try a fermented mustard pickle I've been thinking about. So I used mustard seed, garlic, a dash of coriander and dill seed, and both green and black peppercorn.

The brine was 5% salt across the board since peppers and cukes all have high water content.

I don't have any interference from kahm yeast like my last batch of peppers did. Thankfully I had enough fermentation weights (I seem to be missing one), but I did have to rig the lid on the cucumbers. I only have 2 silicone gaskets, so I took a myco-lid that I haven't siliconed yet, and wrapped Teflon tape around the valve-stem to fit it in the hole.

I also have some chicken stock going right now. I de-boned a bunch of chicken legs yesterday (why does my grocery store only have skinless thighs?!) for meal prep, and decided to roast up the bones and make a stock. It was only a pound of bones, so probably only a quart of stock or so. But I don't usually use it in large quantities, so I may just make some frozen cubes from it. 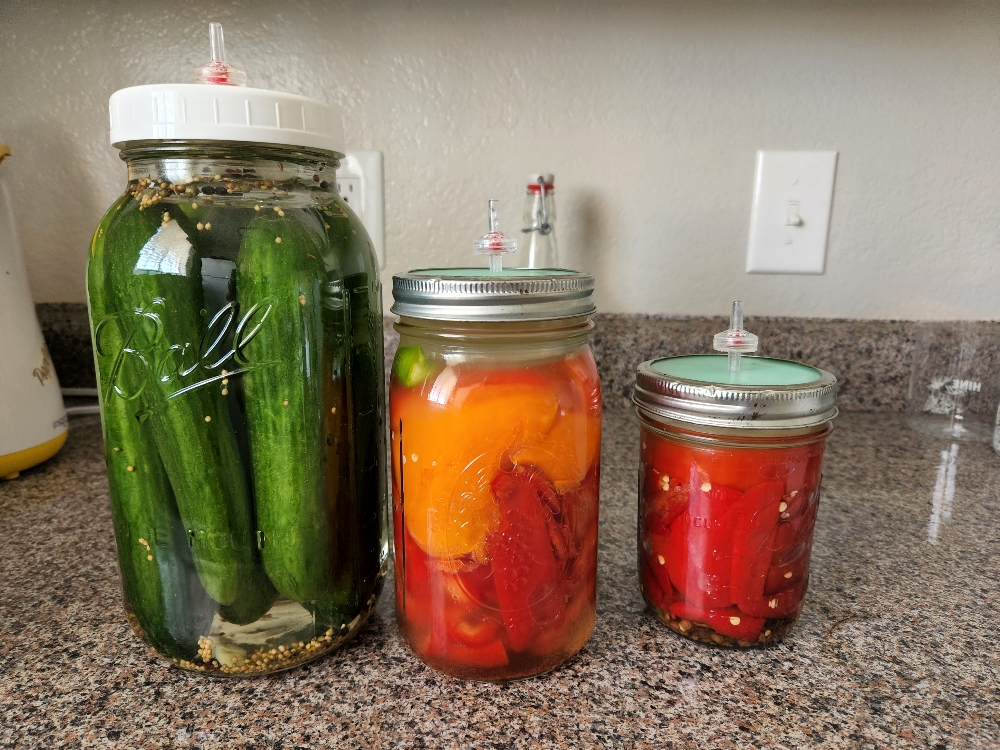 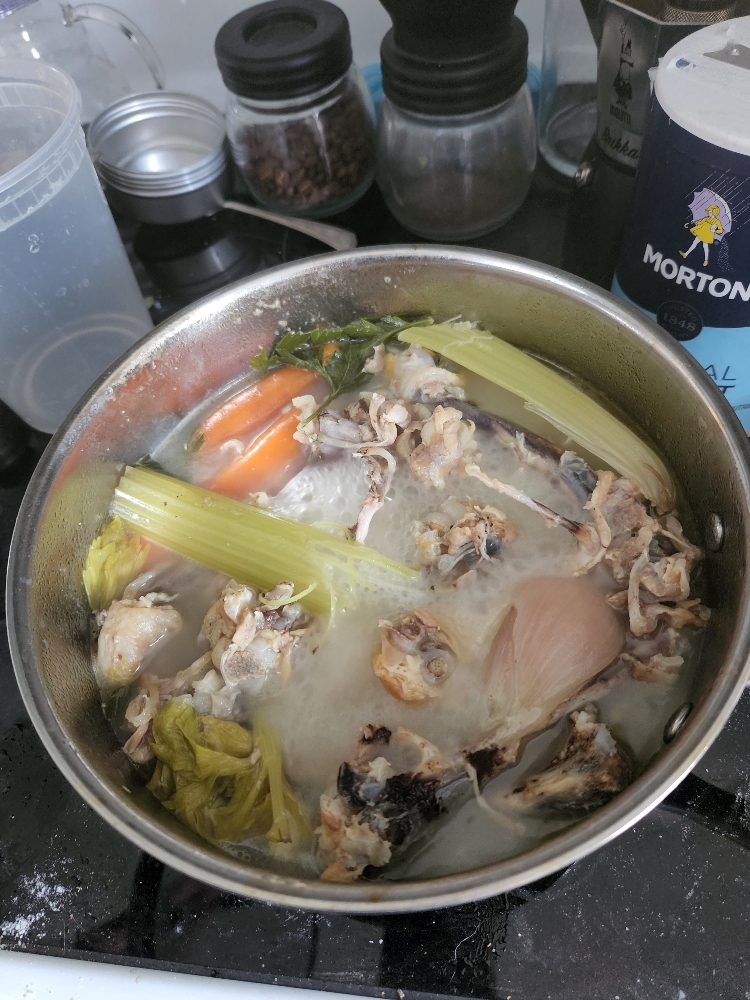 Back to The Urban Gardener