Mostly use a volcano,but like the occ doobie esp if it's gonna be laced with some hash like it will be next week:rasta:!!!

For me my big glass pipe does the trick, since my blubber is contaminated with the smell and taste of DMT.

I used to be content with a nice 2' water bong,,, until of course 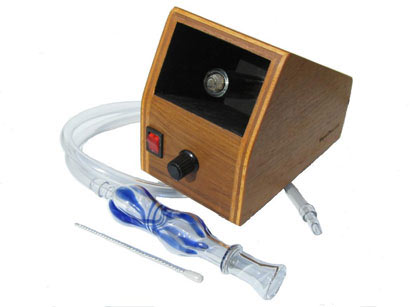 What about the machine? I do Love hitting that once in a while.

im just a simple joint lad when i smoked it

I like a regular pipe, especially with good weed...with shitty weed it's either a blunt or joint, I hate the taste and it just doesn't get me high.

good ol' pipe for me

Still Smokin.. My ProtoPipe has been there, A bitch to clean but worth it.

The system sent me an e-Mail to remind me that my account here has been inactive for quite some long time now, so this is the spot i found where to make my contribution.

Only, the available poll options don't actually include the 1 type of tool i relied on since the pring of 2013:  e.g. i happen to vaporize using a pipe which is also a vaporizer - hence it's a vaporizing pipe and a customized one to be exact:

Above this is my best Sampler/Trainer scenario so far, but in terms of flame eye-contact i must admit i much prefer the alternatives below:

The manufacturer's patent mentions a metal disc (US 7434584 B2 fig. 11/12) but i didn't really notice until i was already deeply involved into exploring this particular item, which in my case evolved into an "Hybrid Core" built like a SiC-Metal-SiC sandwich, for example:

It's been quite a long quest so i won't try to povide too much details considering this ain't the purpose of the present thread after all...  Lets just say i've developped a consumption methodology which no longer relates to that of a genuine VG pipe:

It's what i tagged the "Micro-Brusting" mode...  In principle the cannabic bowl isn't meant to be pre-heated directly, instead my Hybrid Core behaves like a short-term "Thermal Bottle" which requires a "Heat charge" to be injected (using blue flames or i figure even Induction Heat, eventually!), then the flame is removed and i can begin the real vaporization phase at last, proceeding in "Bursts", etc., etc.

The system sent me an e-Mail to remind me that my account here has been inactive for quite some long time now, so this is the spot i found where to make my contribution.

wow, nice revival of an old thread, always good to read them.. good to see you back

And of an inactive member account too i hope.  M'well this present thread wasn't featured with too many pictures anyway, so...

Thanks!  Actually i was only an e-Mail away but i've been on "probation" for so many years i just lost track while the drive vanished in lack of sufficient opportunities, obviously.  Too bad i no longer have as much resources as i once did, not even to re-edit my signature until today as you may have noticed, i must confess...

In any case good day, have fun!!

...the available poll options don't actually include the 1 type of tool i relied on since the pring of 2013:  e.g. i happen to vaporize using a pipe which is also a vaporizer - hence it's a vaporizing pipe...

Then there's the matter of what i'd really consider the ultimate favourite tool...  Which is to combine both clean-butane burning and electro-magnetic Induction Heat to implement quite a niche feature:  "Bi-Energy", meaning it's either powered by a blue flame, either by an IH driver, and even by a blue flame after pre-heating with an IH driver (to self-generate moisture in the Release/Transport Agent, because IH alone is electric-dry initially).  Below this is IH mode with both Hybrid Cores behaving like "Thermal Bottles" by virtue of their similar Curie-effect alloys, etc., etc.

The point is i could have wished the poll to include a "fantasy" option, or maybe one titled "Time Machine" that makes room for solutions a cannabic commercial market doesn't offer - just yet...

Please click on my thumbnail below to enable its animation:

In principle this is based on a duo of Hybrid Cores with slightly different Curie temperatures, which should support a type of "packetization" in IH mode, e.g. the injection of a "Heat Charge" would be performed in small weight-metered "Energy Bubbles" (from special alloy Metal Discs with finite heat-retaining capacity determined by their respective Curie points and mass; e.g. when Induction Heating eventually stops, hence performing thermostatic limitation of a "packet" size), so to speak...  Having 2 stable/replicable Hybrid Cores defining the limits of some target "socio-acceptable" (ideally!) applications range, euh...  It becomes possible to adjust heat in a cannabic bowl using balance asymetry in a variable coaxial mixer, which is the analog way (no battery/electronics near a face), though in this specific design instead of attempting to control a pair of parallel valves (1 for each side), m'well i figured perhaps it's almost just as good to adjust the equilibrium (ratio) in pressure drop(s) related to the PinHole(s), via a slider also performing the function of a distilled water boiler/evaporator holding a tiny bit of moist cotton...  All this hoping the net result would be similar or even equivalent to the more complex/less probable Flame-Catcher(s) direct control scenario...

So here it is, my Saint-Graäl of vaporists as it can be visualized in the context of multiple pipe remodeling sessions that occured during those last few years!  That was a fine and satisfying hobby, life-time useful operator skills were acquired in addition to a fair perspective on what's to come next:  i like to call that a "window" and my customized prototypical platform sort of opens it, with the benefit of having a "tool" to rely on - in "Plan-B" mode, where "B" stands for "Butane".

M'well, purists may prefer to reject butane although it's a power source still convenient today.  So be it, then there's tomorrow!  Imagine being able to explore vaporism starting with aromatherapy level tokes, optimizing extraction until even flirting with near-combustion (for nostalgics) in the end, etc.  Without an obligation to endure electric dryness anymore, (DeLuxe option)!...

Back when I could still smoke, I always loved a good spliff with organic tobacco. I felt like it saved bud and got me just as baked :)

I have a magic flight launch box vaporizer.  I rather like it.

I really enjoy joints, but I'm often too lazy to roll one up, and smoke most of my herb through a pipe.

I like bongs, but they are not portable enough, and I've yet to find one that was completely Juthro proof (especially when I'm stoned), they all end up broken, or at least spilling their nastiness on things that I find important.

I like the launch box because it functions like a pipe, you don't have to vape a whole session worth at once you can take a toke or 2 and put it down, and also control the burn temp by the style that you hit it.  Some people don't like it but they just don't want to take time to get to know it.  It's like driving a stick shift. 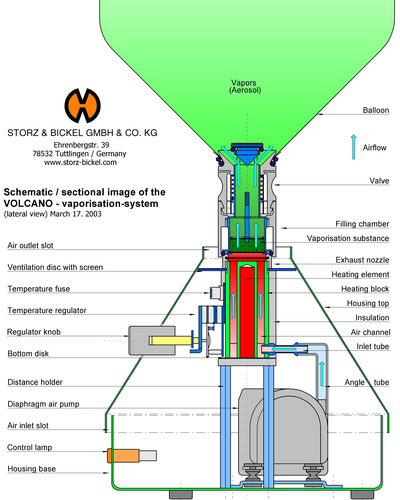 I have not combusted herb in about a month now.....I bought the new Ziggy Marley conscious party dry herb vape made by O.pen... http://www.openvape....-vaporizer.html

I have to say, this has really allowed me to conserve product. I was buying an oz. every 2 weeks, now I'm down to an oz. a month.

The chamber holds about a half gram, I haven't exactly weighed it so i'm guestimating.

It also has 3 temp settings. And a portion of the proceeds go to U.R.G.E. (Unlimited Resources Giving Enlightenment) Ziggy's non-profit organization.

The cons are as follows.

Battery life, only lasts about 3-4 full cycles left on....and by that, i mean, when you turn it on it'll stay on for 5 minutes, then goes to sleep mode. so battery life is roughly 15-20 minutes total....and takes 90 minutes to charge. So unless you have a portable charger with you, this device is not so travel friendly.

Another thing is that the mouthpiece is a hard plastic, as opposed to a high temp silicon or rubber, and mine has cracked already due to heat I believe, cuz I've never dropped it.