You Have An Endocannabinoid System- Cannabis Revelations

Now this is all the kind of stuff I want to be telling the people who been sending me to court ordered treatment programs and AA meetings. Not to mentions stupid fucking pinhead probation officers.

I guess from some of the reading hyph posted we know the po just lacks certain cannabinoid receptors. Such noids.

They dont like me in there programs cause I tell people pots good for a persons health. Far better than what they are told to be addicted to, alcohol. However they are pretty well stuck on the lies they live.

I just went through and repaired all the broken video links by hand. They got broken in the upgrade. If you scroll through the pages of this thread and check out the videos, you'll see tons of good information.

For a refresher on what all this 'Endocannabinoid System business is about ... I'd highly recommend this 4 part lecture from the first page:

Abstract
Exercise-induced antinociception is widely described in the literature, but the mechanisms involved in this phenomenon are poorly understood. Systemic (s.c.) and central (i.t., i.c.v.) pretreatment with CB₁ and CB₂ cannabinoid receptor antagonists (AM251 and AM630) blocked the antinociception induced by an aerobic exercise (AE) protocol in both mechanical and thermal nociceptive tests.

Additionally, pretreatment (s.c., i.t. and i.c.v.) with endocannabinoid metabolizing enzyme inhibitors (MAFP and JZL184) and an anandamide reuptake inhibitor (VDM11) prolonged and intensified this antinociceptive effect. These results indicate that exercise could activate the endocannabinoid system, producing antinociception. Supporting this hypothesis, liquid-chromatography/mass-spectrometry measurements demonstrated that plasma levels of endocannabinoids (anandamide and 2-arachidonoylglycerol) and of anandamide-related mediators (palmitoylethanolamide and oleoylethanolamide) were increased after AE. Therefore, these results suggest that the endocannabinoid system mediates aerobic exercise-induced antinociception at peripheral and central levels.

Interesting stuff, thank you for sharing, 1967. 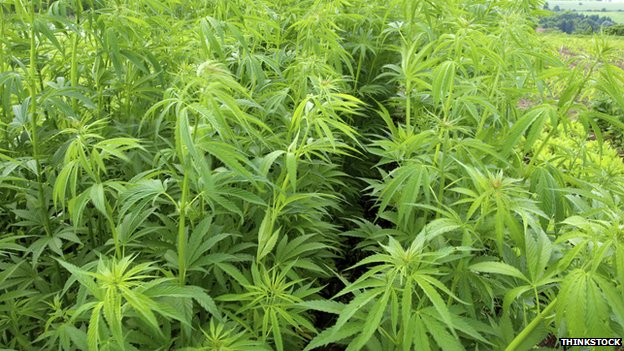 The waste fibres from hemp crops can be transformed into high-performance energy storage devices, scientists say.

They "cooked" cannabis bark into carbon nanosheets and built supercapacitors "on a par with or better than graphene" - the industry gold standard.

Electric cars and power tools could harness this hemp technology, the US researchers say.

They presented their work at the American Chemical Society meeting in San Francisco.

"People ask me: why hemp? I say, why not?" said Dr David Mitlin of Clarkson University, New York, who describes his device in the journal ACS Nano.

"We're making graphene-like materials for a thousandth of the price - and we're doing it with waste.

"The hemp we use is perfectly legal to grow. It has no THC in it at all - so there's no overlap with any recreational activities."

In countries including China, Canada and the UK, hemp can be grown industrially for clothing and building materials.

But the leftover bast fibre - the inner bark - typically ends up as landfill. 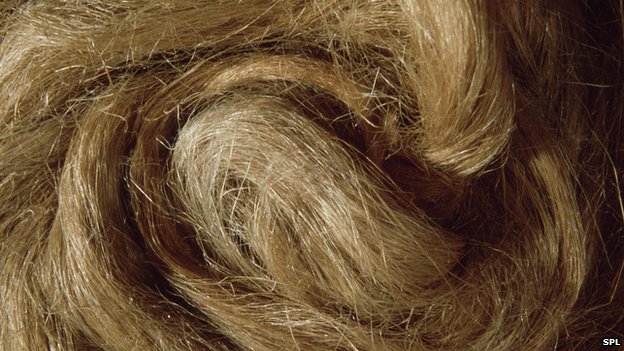 Dr Mitlin's team took these fibres and recycled them into supercapacitors - energy storage devices which are transforming the way electronics are powered.

It's a waste product looking for a value-added application. People are almost paying you to take it away”

Conventional batteries store large reservoirs of energy and drip-feed it slowly, whereas supercapacitors can rapidly discharge their entire load.

They are ideal in machines that rely on sharp bursts of power. In electric cars, for example, supercapacitors are used for regenerative braking.

Releasing this torrent requires electrodes with high surface area - one of graphene's many phenomenal properties.

Stronger than diamond, more conductive than copper and more flexible than rubber, the "miracle material" was the target of a £50m investment by UK Chancellor George Osborne.

But while this carbon monolayer is the state-of-the-art material for commercial supercapacitors, it is prohibitively expensive to produce.

Finding cheap, sustainable alternatives is the speciality of Dr Mitlin's former research group at the University of Alberta.

They have experimented with all flavours of biowaste - from peat moss to eggs. Most recently, they turned banana peel into batteries.

"You can do really interesting things with bio-waste. We've pretty much figured out the secret sauce of it," said Dr Mitlin.

The trick is to tailor the right plant fibre to the right electrical device - according to their organic structure.

"With banana peels, you can turn them into a dense block of carbon - we call it pseudo-graphite - and that's great for sodium ion batteries," he explained.

"But if you look at hemp fibre its structure is the opposite - it makes sheets with high surface area - and that's very conducive to supercapacitors."

The first step, he explained, "is to cook it - almost like a pressure cooker. It's called hydrothermal synthesis.

"Once you dissolve the lignin and the semicellulose, it leaves these carbon nanosheets - a pseudo-graphene structure."

A Battery Made Of Hemp? Plant-Based Supercapacitor Is ‘Better Than Graphene,’ Study Finds

Environmentalists have long championed the eco-friendly virtues of hemp, but more recently engineers have discovered the plant’s energy-saving properties. Researchers in the U.S. have developed a super-strong, super-fast, hemp-based battery called a supercapacitor that could charge things like electric cars and power tools and is a cheaper alternative to conventional graphene supercapacitors, researchers say.

Weed Smokers Rejoice! Hemp Has Been Linked To Repairing DNA

I submit two articles from the NIH (National Institute of Health -- USA):

This is a brief abstract: "Exercise activates the endocannabinoid system:"

Extensive documentation exists showing that exercise induces analgesia and sedation. Despite decades of research attempting to explicate a neurochemical basis for these phenomena, the mechanism underlying these changes is unknown. Using trained male college students running on a treadmill or cycling on a stationary bike for 50 min at 70-80% of maximum heart rate, we report here the first evidence that exercise of moderate intensity activates the endocannabinoid system, suggesting a new mechanism for exercise-induced analgesia and possibly other physiological and psychological adaptations to exercise.

A longer article that links to a PDF:

Here is the exact URL linking to the PDF file:

I can tell you, that since I began to get into regular exercise, particularly strength training (can be bodyweight/gymnastics/calisthenics or lifting weights) that I DO feel a slight "stoned, happy, contented" feeling, without any of the mind-scrambling that can sometimes accompany cannabis use.

I very rarely imbibe of cannabis. Mainly, I just like to go for long brisk walks, runs, hikes, or strength train. It's a GOOD feeling. It's not 100% the same, but it's a nice feeling and it's FREE (if you work for it).

I'm sure that there are many other studies that I, and others here, could dig up on internet searches about this.

It's pretty cool that the system that makes us feel good, that promotes some health benefits for us, and some motivation/reward for us to be physically active is related very closely to the endocannabinoid system! And you can reap some benefits for free just by exercising.

Its funny... the last post I made is actually about consuming Hempseed oil... but the media makes headlines like "weed smokers rejoice", when in actuality its not about weed smoking at all...

I read that. Pretty typical, the media is mostly hype written at a 4th grade level. The days of "news" seem to be dwindling. Content is reduced to a few sensationalist sentences that will hold people's attention long enough to distract them from Facebook.

Thanks for posting all this great information in one spot Hyph, now if you can only get our lawmakers to read this thread.

How To Decarboxylate Your Weed