A peek into the shmuvbox

this is just for those of you who are interested in.

this is a master pf 1/2 pint jar. it is scraped with a clean fork ala P2G(PF jar to Grain Transfer) to grain jars. the grain jars were prepped as per Foo Man's WBS Method soaked in a 30 minute boiled water bath. the water is brought to a rolling boil then removed from heat immediately. the grain is then dumped out. you strain then load up your pc and you have grain jars ready in 2 hours.


here is a shot of the shmuv. this shows all 3 holes. you can see the bag blown up with positive clean air pressure from the hepa with ionizer. 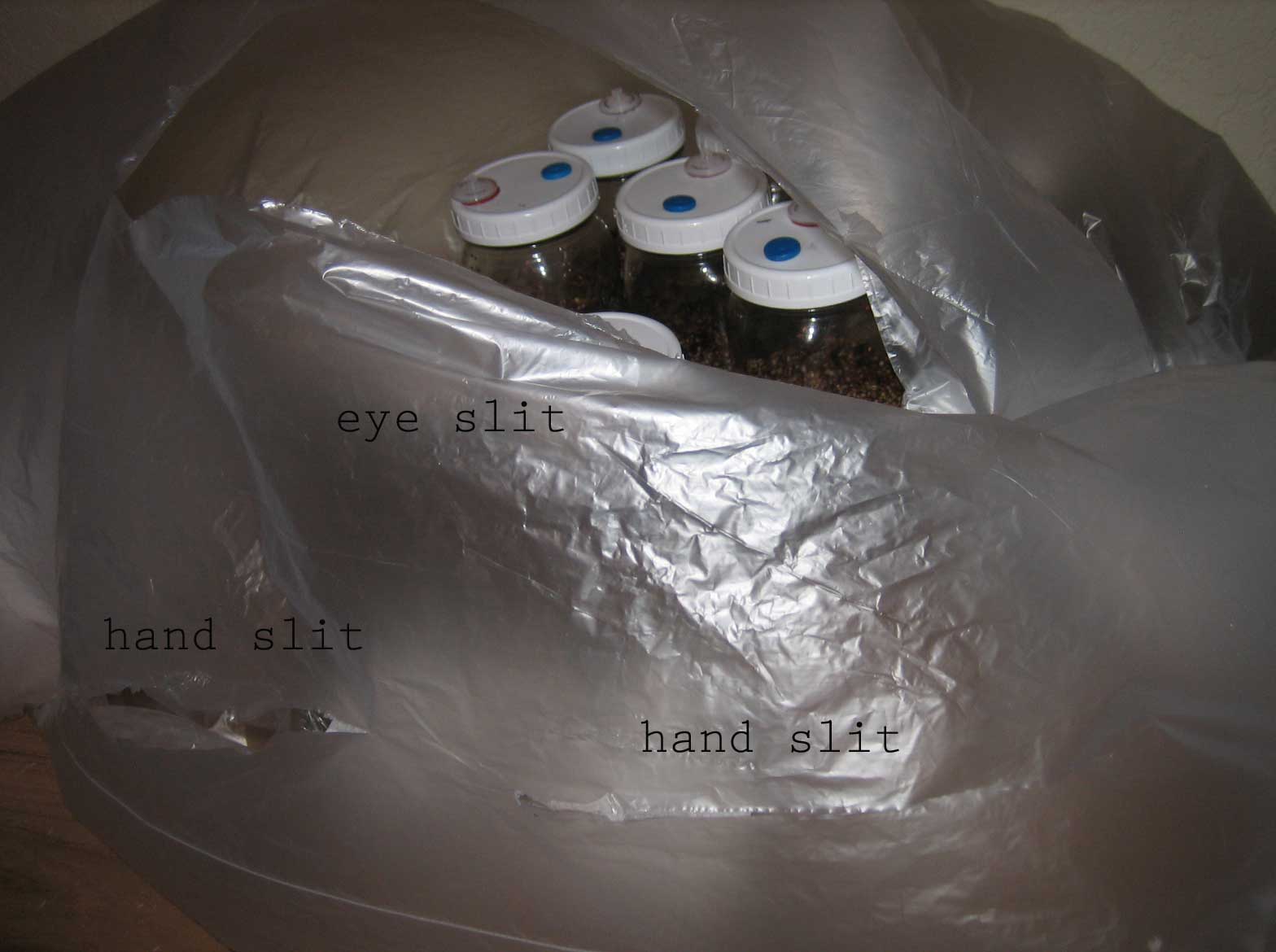 this is a view into the shmuv. you can see the grain jars and the pf jars awaiting transfer. its real simple. get fork, scratch pf cake with fork. quickly open up a quart jar that already has lids loosened. then just dump the mycelia into it. scrape again with fork then dump into lid. make sure you close lids real quick. quicker the better. its ok for the pf jar of mycelia to be open air. also, if you flip the inside of your pf lid upside down this also works as a failsafe way to rest your fork in between transfers. just set the clean part of the fork your scraping with directly on the inside of the lid and make sure it doesn't touch anything. with practice, u will have it down speedy.(this method is in the vaults and works well) 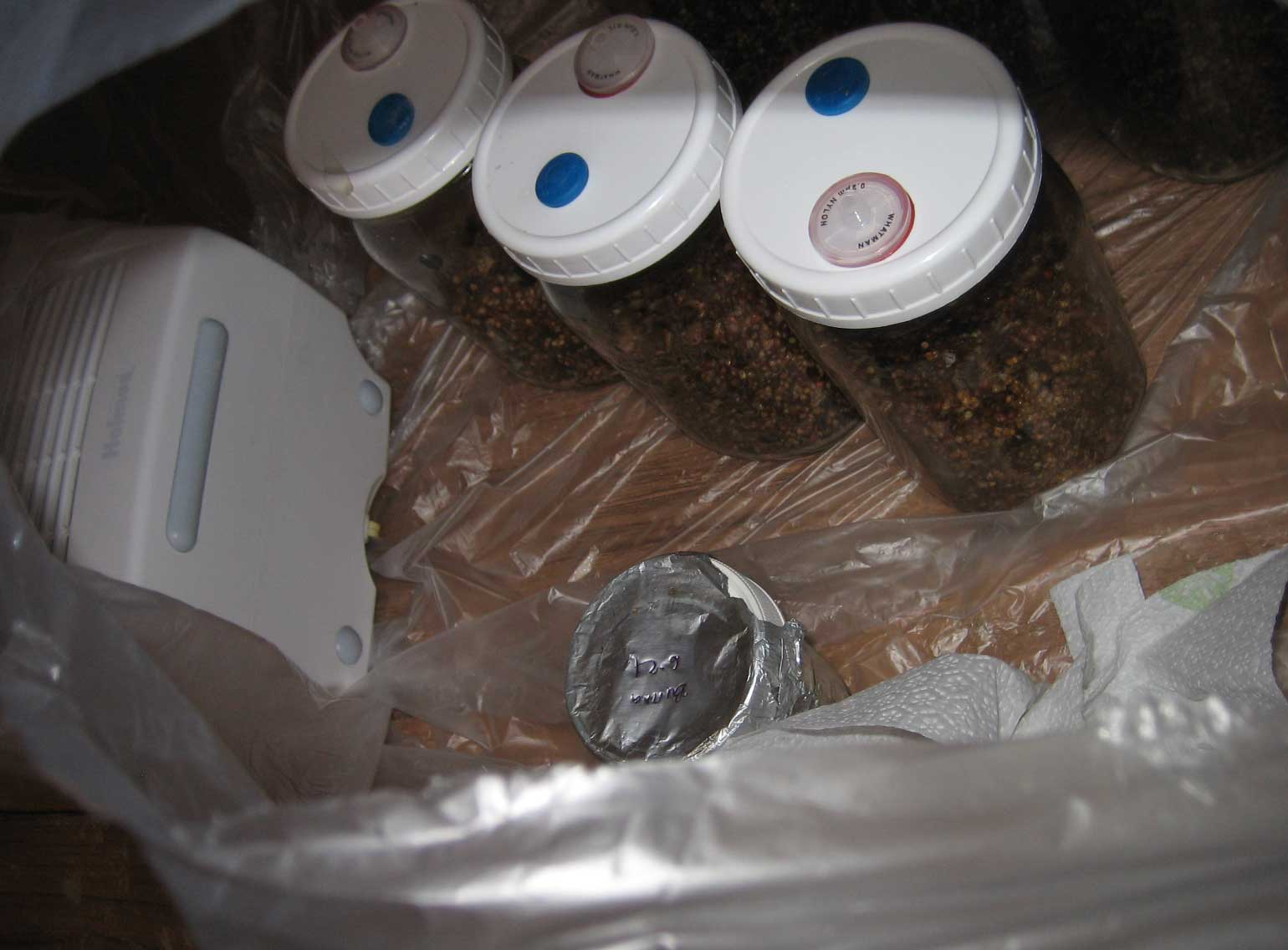 this is a side shot of the tape holding the bag on. this is for clarity, i tried to explain it really well but closeups always help the view.. 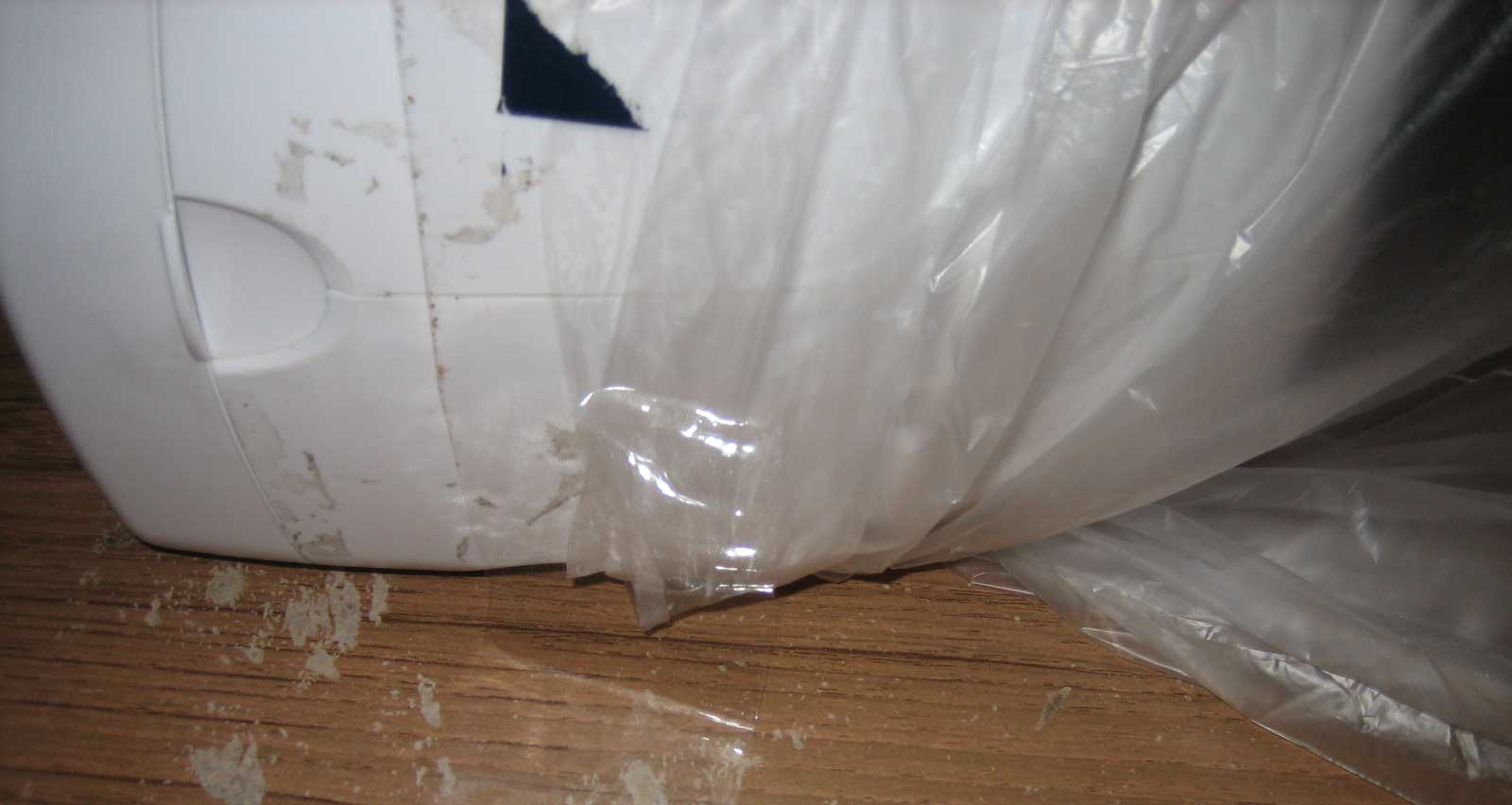 this is the view of the bag over the top of the hepa. right where the buttons are. 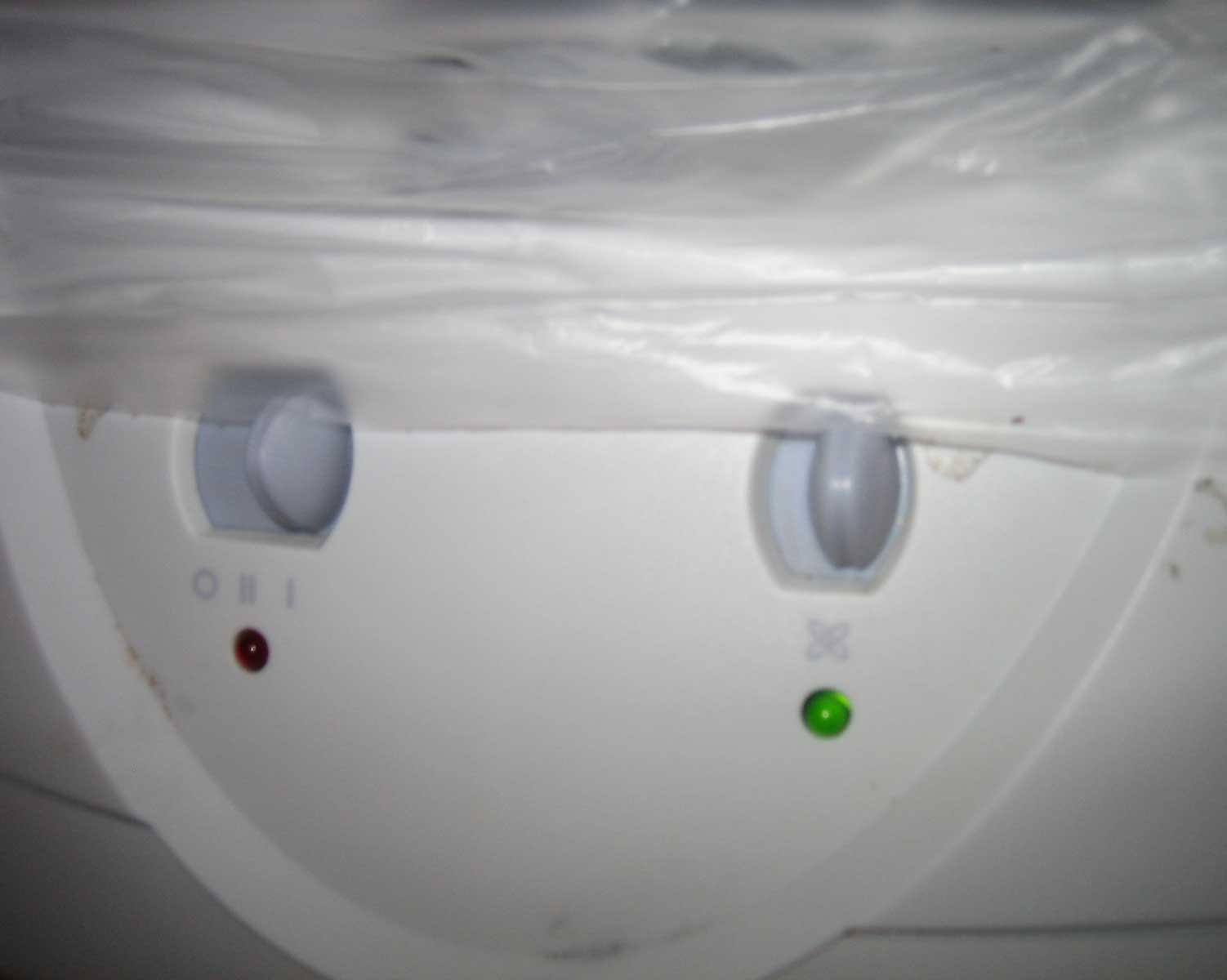 this is some random black hand(quite possibly storm shadow's from gi joe) scraping the pf mycelia with a fork. you can easily use 1/2 pint mycelia to knock up 10-15 quarts. and as you can see, the bottom of the shmuv is used as a garbage can. just scrape off the verm barrier right into it. this is thrown away or used as a trash bag afterwards. 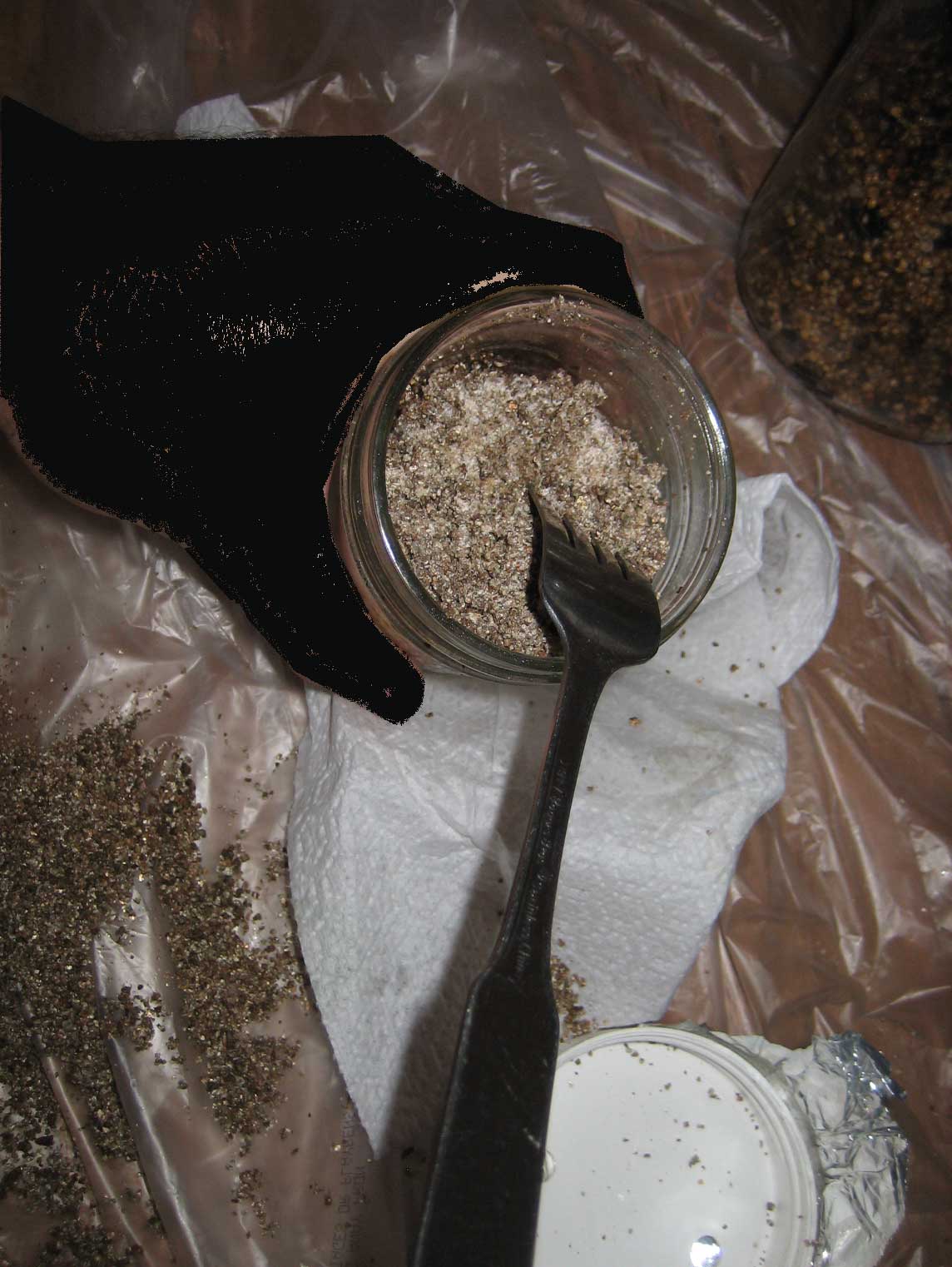 this is after the mycelia is dumped into the grain jar 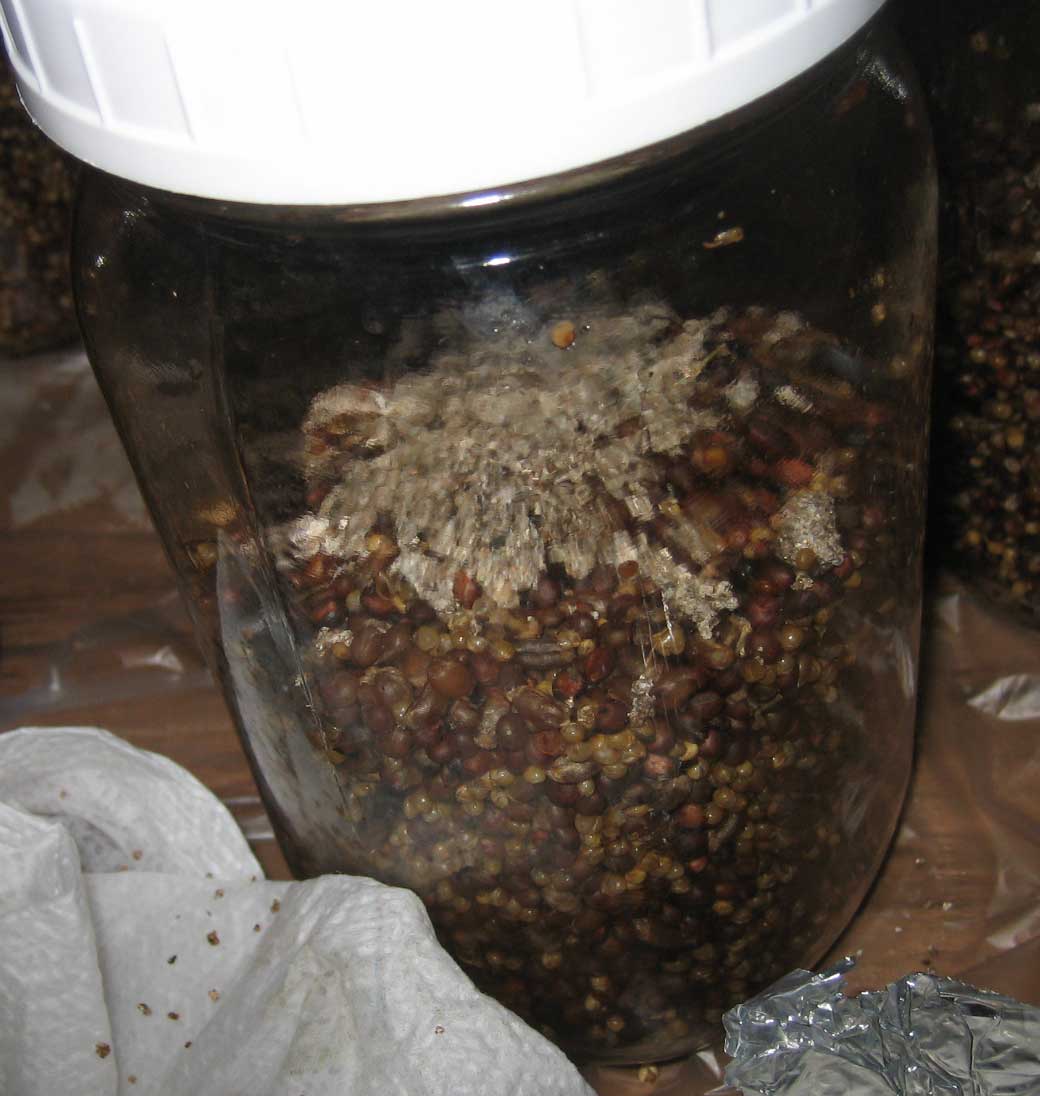 this is a half ass scrape.you really want to make it almost powdery. that way you have more inoc points. it colonizes faster. generally u can have 100% colonized jars this way in 5-7 days. the more mycelia the less time. so if you put alot, you can get full colonization in 3 days. just up the ratio. 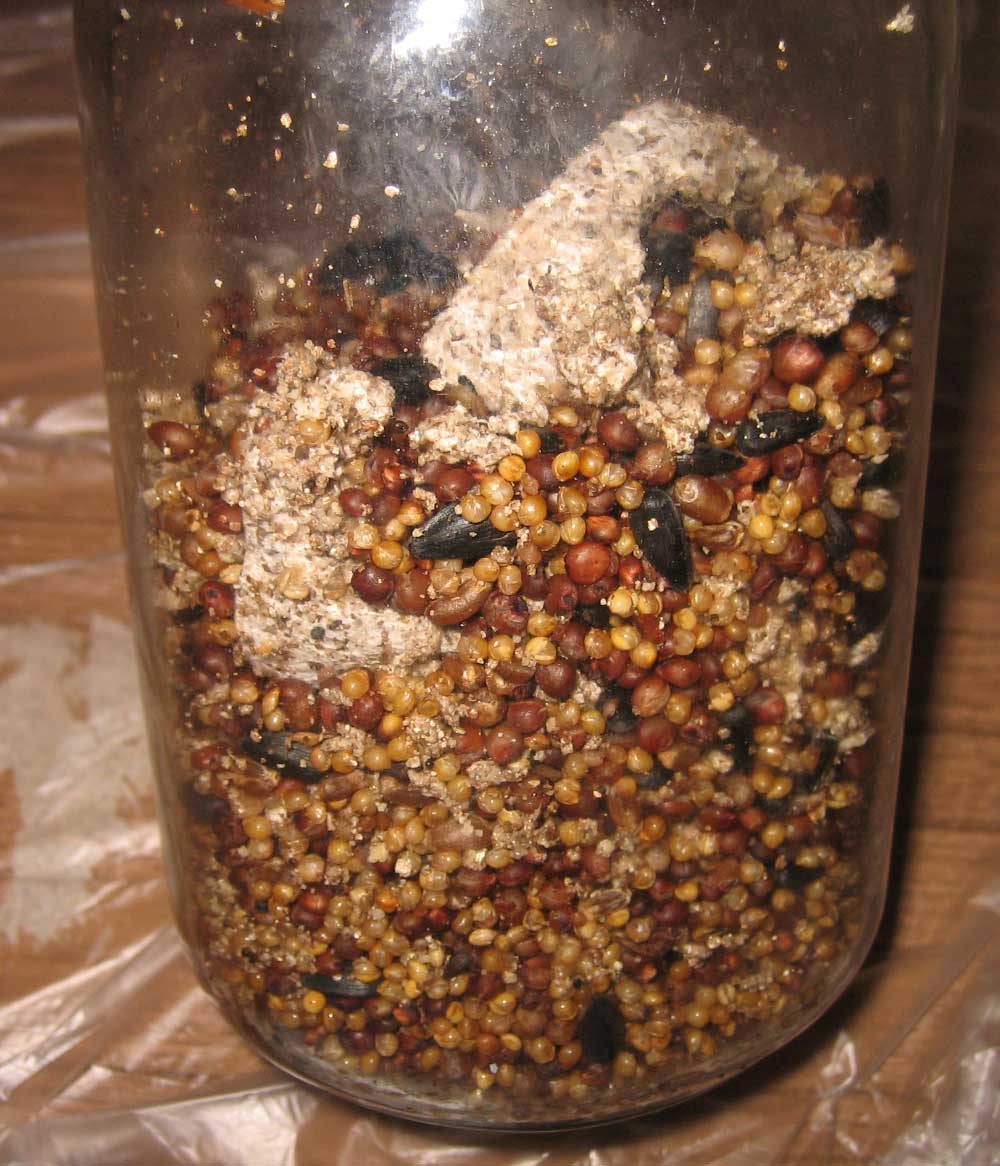 after that shake the jar. let it colonize 3 days then shake again. you should have fully colonized jars from g2g in under a week.

few days till you spawn that, g2g is truly the fastest route.

cant wait to see this! you rock eatu :headbang:

that was it. its done like this everytime. it will grow and you shake a few days later. have full colonized jars anywhere from 3 to 7 days depending on how good you shake lol..

mine do to sometimes. depends no how good you shake. lol.. all in the technique.

where did you get those lids for your jars? nice shmuv