WTF? of the day

Seriously ? I’m glad I don’t have a place on the beach . Maybe in 200 years I will though lol

I don't quite understand this... Developers would just adjust their plans to accommodate for the expected sea level rise... Also, only the highest quality improvements last 100 years and much of what is being built these days are not of the highest quality... Many of the buildings constructed would not be around to see the full extend of predicted sea level rise. Without significant upkeep, the economic life of most structures is around 50-60 years. The only place I can see where this would benefit the state is that there are some parcels that are not large enough to develop, given current zoning restrictions and setbacks, when future sea level rise is taken into consideration... Considering a high percentage of the N. Carolina coast line has already been developed and there is not a whole lot of vacant beach from property left, this just doesn't add up for me...

What am I missing here?

I suspect that some of the intent behind the law (or maybe all of it) is to protect the entrenched interests that/who currently own the expensive beachfront real estate until they're able to dump, err I mean "sell" them without taking a loss.

It's inevitable that the reality of sea level rise will become impossible to deny, so the law seems to be a temporary "fix" that allows those who own or are otherwise invested in endangered coastal property to sell their holdings without taking a loss while they still can. It won't be long at all until a lot of beachfront property becomes impossible to have permanent structures on (or becomes a shallow lagoon), at which point no one would buy it at ANY price. Since we can't predict exactly when such properties will become worthless, all this law does is stall the arrival of that moment for a little while (or people's awareness that it's arrived, rather). The only reason to do that is to make it easier to sell such properties off to suckers with more money than sense (and there's no shortage of such people yet).

In other words, the law is pure fuckery in both intent and in execution.

It would probably wreak havoc on their insurance rates too. I remember watching a television program years ago where they pointed out how ridiculous it is to just keep rebuilding these houses that get damaged by hurricanes every year. Rich people that barely visit the properties and use government disaster relief money to rebuild it over and over again. In the program they used some Trump properties on the east coast as an examples of the opulent waste

I think this may be an only in Alaska moment, our Alaska zoo, had a brown bear break into it, and kill an alpaca.

ANCHORAGE, Alaska (AP) — A wild brown bear tunneled under perimeter fencing and killed a popular alpaca at the Alaska Zoo in Anchorage, officials said Wednesday. It was killed a day later by wildlife officials.

The bear had been hanging around the zoo, knocking over trash bins and breaking bear-proof latches before it got under the fence early Sunday when the facility was closed to the public.

“It went through the zoo and killed our older male alpaca, Caesar,” executive director Patrick Lampi said. “He was a crowd favorite.”

He said the 16-year-old alpaca had arrived at the zoo when he was a year old.

Alaska Fish and Game officials helped search the zoo for the bear after it killed Caesar. They used forward-looking infrared scopes, but the bear had left the zoo.

Gotta sleep with a 12ga slug gun even in the city apartments.....wild browns breaking in and snatching folks out of bed.....

And I didn't know that anyone made rearward-looking IR scopes. I would have thought you could just turn around if you had a regular scope.

You just cant make this shit up so to speak.... :)  https://radiokenai.n...patrol-vehicle/

22-year-old Joshua Crouse of Soldotna, who had a warrant out for his arrest for a probation on escape and assault, was arrested at Short Stop gas station in Soldotna in the early morning hours on Sunday, September 27.

According to Alaska State Troopers, Crouse refused to cooperate and hid behind a wooden booth in the dining area of the gas station. He reportedly would not follow instructions to show his hands and was hiding them behind his waist. He was tased by troopers upon attempting to make a run for it. After being tased, Crouse became compliant and announced to troopers that he had defecated himself. A short time later, he was arrested and taken to Wildwood Pretrial. During the transport, he allegedly smeared feces in the back of the patrol car, rendering it inoperable. He was charged with resisting arrest, criminal mischief, assault, and other criminal charges. He was held without bail.

I know a guy who got tased and the cop said something along the lines of "I'm surprised you didn't shit your pants like most people do." To which my acquaintance helpfully replied that he'd just dropped a deuce a few minutes before their electric encounter so was running on empty, basically. I hadn't heard that before, and wonder how common it actually is.

I know what your thinking, and yes it's true, I am high, but this is still real, and not my imagination this time :)

Yep, I got one of these on my arm while I indeed lived in Virginia, about 18 years ago.  It was on my arm and I brushed it off.  My entire arm went numb and it hurt like fuck.  I usually dont have any issue with bug bites, but I had to get a steroid shot.

These motherfuckers are pretty to look at but yeah, dont fuck with them.  However they have been in VA for many years so not a 2020 thing tbh.

The caterpillar seen at 0:21 looks uncannily like the hair of an extremely toxic human that you also don't want to brush up against. 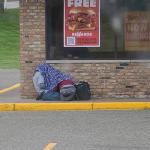 Either way they still seem to be blowing smoke.

I can't tell because of the awesome camouflage

Crack version of the lord of the rings, when Froto uses the magic cape to cloak him and Sam from detection