WTF? of the day

Right click video while its playing and select copy url,

Right click video while its playing and select copy url,

That's not how I do regular U-tube vids, for those I just copy/paste the URL right from the address bar, and the site here auto embeds the video.  That doesn't work with the 'shorts'.

I'll try it your way the next time I want to share a short, thank you!

Please tell me this lady deserved this.

You feel bad for that lady, but come on the precision of it is funny! Nailed it

I like Arathu's  idea, someone should have thrown that shit back at'em!

It's old footage but I've been catching up lately after avoiding online stuff for a while (highly recommended occasionally).

Considering how far away the footage was shot from all the "little" detonations are actually pretty big; looks like a warehouse full of artillery propellant charges went airborne.

This is why you don't put all of your ammo eggs in one basket when the basket is in HIMARS range.

I guess the WTF? part is just how staggeringly limitless Russian military incompetence truly is.

And it looks like the trade-off for most of humanity becoming settled agricultural societies instead of remaining purely hunter-gatherers cost us more than we think:

Is Mark Zuckerberg the second coming of Jesus?!? 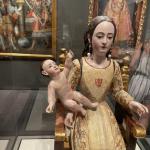 .....And it looks like the trade-off for most of humanity becoming settled agricultural societies instead of remaining purely hunter-gatherers cost us more than we think:

....One of the differences was that the mongols had a mostly or all raw diet, and lived in well ventilated tents, and probably lived lives with lots of physical exertion, and horse back riding.

...."Against the Grain: A Deep History of the Earliest States" Paperback –

by James C. Scott
....."Why did humans abandon hunting and gathering for sedentary communities dependent on livestock and cereal grains, and governed by precursors of today’s states? Most people believe that plant and animal domestication allowed humans, finally, to settle down and form agricultural villages, towns, and states, which made possible civilization, law, public order, and a presumably secure way of living.
.....But archaeological and historical evidence challenges this narrative. The first agrarian states, says James C. Scott, were born of accumulations of domestications: first fire, then plants, livestock, subjects of the state, captives, and finally women in the patriarchal family—all of which can be viewed as a way of gaining control over reproduction.
Scott explores why we avoided sedentism and plow agriculture, the advantages of mobile subsistence, the unforeseeable disease epidemics arising from crowding plants, animals, and grain, and why all early states are based on millets and cereal grains and unfree labor.
.....He also discusses the “barbarians” who long evaded state control, as a way of understanding continuing tension between states and nonsubject peoples."

The Zukerberg baby is a great find.

How do people even think of stuff like this?

What happens if you sneeze?

The image in my head of what could happen is hilarious and disturbing in equal measure, just like the description of the practice:

Not my cup of tea. But neither is free diving.

In Hinduism this is called "Bad Carma"