Living in the woods, forever.


52 replies to this topic

This is just something that that GF and I have been discussing. Have you considered renting a primitive site in a national/state park? You would have a bath house, water, electricity available nearby, a space to yourself, nature trails, usually a lake, you can rent canoes and shit....just a thought. Me and the missus plan on spending a lot of time at such places in the future. We love nature, but we also like running water and power.

Its not a question of "if you answer the call of the wild" its when will it happen for me.

I have spent 5 days outside before, all 24hrs of each day.

Frankly, I think the survivors will ALL be living back in the wild within about 30-35 years or so. Too bad the fertile areas are either private property or mostly impenetrable brush now, so it's hard to practice for when there's no industrial civilization to go back to when we've had our fill of living in the wild.

And the five days thing was about doing it today and the next four specifically since 100+ degree weather in the Southeast is pretty rough, though once you've been out for a while you acclimate quicker and I was amazed at how comfortable I could be in conditions that made most people (including me before I began that experiment) utterly miserable, like when I was walking around for about 8 minutes bare-ass naked when it was 3℉ one night.

Since I went outside every night to to take a leak or fire off a few rounds if the poachers were around I was used to it but that night was colder than usual and I only checked the thermometer because my (bare) feet started to hurt from standing on the wood deck we were building our house on. And that was a hell of a lot easier than tolerating extended drought conditions and record heat.

The Empire gets harder to avoid all the time.

But wilderness is everywhere, too. The most important piece of wilderness to protect is probably the little one hidden in a corner of our minds that some people call the 'primal self.' But the concept of 'wilderness' can itself be a problem since I suspect some folks don't give a shit about "the environment" or protecting "the wilderness" because "I don't live out there!" :special:

In one of his books Tom Brown talks about taking the bus to Manhattan and walking out into the city with a couple of dollars in his pocket (which he promptly gave to a panhandler). The challenge was to test survival skills in an urban environment, and he lived in Central Park in his Scout pit and snared squirrels and stuff like that for months (he didn't want to eat out of dumpsters, he wanted to live off the land in Manhattan, and did).

He eventually started teaching homeless people survival skills and had a lot of respect for (some of) them as survivors in a harsh environment. Frankly, one of the reasons I'm so deep into environmental issues (and I'll leave it at that for now :reb:) is because the wilderness we have now is not the wilderness Geronimo ran around in; it's exponentially more harsh now, and by the end of my years in the woods my gf and I had basically re-created the best parts of civilization (which we found hilarious) and I concluded that I wanted to learn how to live in full survival and practice the skills and go on short primitive-living wilderness trips but when it comes right down to it I had to accept that I was a fully-domesticated primate from the suburbs and damn it I like my climate-controlled shelter and memory-foam mattress and cheeseburgers and the internet and women with shaved, er... you get the picture. Anyway, that's why I'm trying to do what I can to save the good parts of what we got. I'd even give up cheeseburgers if I could keep the shav... uh, I mean my washing machine.

Tom's experiment also illustrates the value (or lack thereof) of firearms in certain contexts. He had a few run-ins with thugs and such but he could easily elude them and disappear (and disarm them with a throwing stick if necessary) and if he could live invisibly in full-survival (no manufactured tools) in a place with such a high density of people with bad intentions (and plenty of guns) then pulling it off in the deep woods without guns would be a snap, at least until you encountered a grizzly (which we wouldn't if we'd been training our awareness properly).

But it seems as though we're still missing something, hmmm.

Yup. It's Balance. Our society is fresh out.

What I remember most from Tom Brown Jr.'s books is his vision of the future. It's looking pretty close.

What I remember most from Tom Brown Jr.'s books is his vision of the future. It's looking pretty close.

But at least it had a happy ending. For the small bands of survivors, anyway.

He acknowledges that no future is set in stone but that some futures are more probable than others and we're still on track for the Red Sky/Game Over but the year vacillates between around 2031-2033 depending on what's going on in the world. But hey, at least we're supposed to get that "red sky" warning as it'll last for a couple of weeks then everything will seem to mellow out again but the red sky means you got 4 seasons to move out to the most rugged and remote wilderness you can find to survive the Cleansing, which will involve much gunfire and cannibalism near former population centers and the only way to survive is apparently to make no permanent camps for ten winters and avoid the ruins of civilization during that time as rampant disease and hordes of starving people make lousy company. After about ten years this planet will be all ours again and we're gonna party like it's 2043! :headbang:

then i realized, amsterdam is under my feet.

ya cant commute to freedom.
ya dig in and stand your ground on it.

After about ten years this planet will be all ours again and we're gonna party like it's 2043! :headbang: 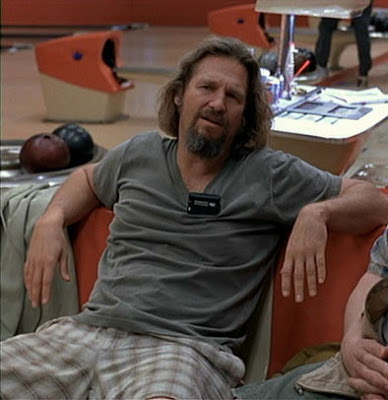 Yeah, well, you know, that's just, like, your opinion, man.

a good knife and a 22cal rifle to start.

I guess if I really do this I would have to meet a nice mountain woman as well, I cannot go without getting some longer than a month.

Having recently watched the Mythbusters island survival episode, I suggest taking a pallet of duct tape.

I suggest taking a pallet of duct tape.

While ur at it, check out Survivalist.com. Got some great articles on preparedness based on past disasters and simulations. There was another one, but cant remember it, I think Hippie3 listed it in a thread here about surviving, hmmm...lets seeeee.....

No matter what, the only way to prepare is to actually do it.
I'd suggest through-hiking the Appalachian or something similar to get your feet wet.
you're never in any real danger, towns always a days walk away, or you could try and live off the land the entire time.
I did that, trapped and gathered for most of my food, only ever visited town about once every other month for some rice.

and duct tape is a must!

I'd suggest through-hiking the Appalachian or something similar to get your feet wet.

I have hiked West Virginia down the Georgia before, it was great. But I had people mail foods to towns ahead of time (logistics)

Did you stop at the Bears Den Hostel? That place is cool, nice location.

Nah, I just trucked it and usually by the time I had found food or finished setting traps I was a fair way from the trail.
I went south to north, looked like a crazy man by the time I hit harpers ferry and got some ice cream hahaha

Also, a tent you sewed yourself may be awesome, but certainly not the thing to bring on a thru-hike lol
there's just no way someone can prepare for a true wilderness experience besides actually going out into the wilds, even if you may have double-stitched that sil-nylon and reinforced every grommet, shits still probably gonna rip within the first or second month of straight use haha

how quick did you get your first rip? and it's always raining whenever the shit starts to fly, why nature? why must it be so? :mistrust:

The one thing i carry every time i go deeper(already live in the woods) to make sure i eat at least some meat are the yoyo reels i have 10 of em and usually bring 3-6 of em at a time. Ive caught trout, salmon, to pearch, and hornpout. Wire snares and a frog gig come in handy too.

yo bro, you taken my avatar? Get another one!

Ur's? The grow log for this book was posted here, well old site. Posted by who(user name) u win a prize! But it was before ur join date hehe.