cops are your friends

it's quite common and I have to believe dirt cheap to rent and administer a test, especially if a test is given to several people in one sitting.

Each of the questions try to find out if you're a decent and rational person. The questions are asked ten different ways just to double/ten times check that you aren't trying to fudge your answer and presumably check to see if you're bright enough to recongnize that you're being asked the same question ten different ways and answering consistently across the ten askings.

If memory serves they don't flat out ask if you're a bully. More of a "feeling you out" in an attempt to get you to tip your hand enough that the followup interview with a (presumably competent) headshrinker will reveal more than the test itself. I'm working from very old memory here but this is the form the "bully" question might take - Do you consider yourself an empathetic person and want to consider the feelings of people around you when trying to get them to do something?  Then ask this question another 9 times all equally oblique but still on the task of flushing out bullies.

So I'm kind of surprised that there's been so much mention of testing at the hiring phase lately. Some peeps don't know that what they're asking for is already in place.

My own personal opinion of the test at the time was that a reasonably bright person who was a bully or outright psycho could see the questions for what they are and lie with his answer. Think Hannibal Lecter on a smaller scale.

Hey pharmer, when are we going to do the Man For All Seasons thing?

Do we have cops for all seasons, or just for fully facilitating Fascim season?

It didn't start a couple weeks ago in Minneapolis.  This is from three years ago.  I wonder when a coward, bully, cop is going to kill Jimmy Dore from his blind side?

I can't believe Y'ube is recommending these to me. Have they decided a different algorithm is needed right in this moment? It used to be you could watch cops being bad videos of hours on end by clicking the next one the algorithm was pushing, and then they fixed that problem. (If you go back six or eight years in this thread you might find a shit ton of videos that have been taken down, from before they cleaned up Dodge.) When, after Pizzagate was getting things out of hand and the whole "fake news" meme was energized, those bad cop videos disappeared and there was an apparent widespread whitewashing of the web, including Y'ube and Gaggle. So, I don't understand why today that a three year old Jimmy Dore bad cop video pops up, and these next two are being pushed right behind it. Is it time to feed the unrest? It's always been that time. It's like what Glenn Greenwald said on Rising this morning, "if you don't move, you won't feel your chains."


Here's an in depth interview with a ex-Baltimore cop who has turned public's witness (2016 Before Trump): 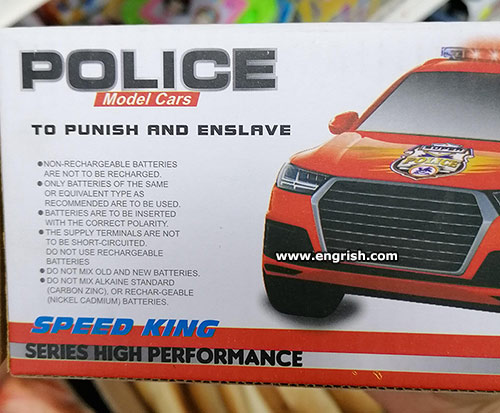 Google isn't your friend either. Mainly because they're a de facto arm of law enforcement now.

Creepy ‘Geofence’ Finds Anyone Who Went Near a Crime Scene

In 2018, 23-year-old Jorge Molina was arrested and jailed for six days on suspicion of killing another man. Police in Avondale, Arizona, about 20 miles from Phoenix, held Molina for questioning. According to a police report, officers told him they knew “one hundred percent, without a doubt” his phone was at the scene of the crime, based on data from Google. In fact, Molina wasn’t there. He’d simply lent an old phone to the man police later arrested. The phone was still signed into his Google account.

The information about Molina’s phone came from a geofence warrant, a relatively new and increasingly popular investigative technique police use to track suspects’ locations. Traditionally, police identify a suspect, then issue a warrant to search the person’s home or belongings.

Geofence warrants work in reverse: Police start with a time and location, and request data from Google or another tech company about the devices in the area at the time. The companies then typically supply anonymous data on the devices in the area. Police use their own investigative tools to narrow down this list. Then they may ask for more specific information—often an email address or a name of the account holder—for a phone on the narrower list.

Filed under: Fuck your Bill of Rights, peasant!

But there's a glimmer of hope:

Critics say the process is an invasion of privacy, often subjecting many people to an unconstitutional search. Now, in a rare step, two judges have denied requests for geofence warrants and questioned whether they complied with Fourth Amendment protections for searches. Lawmakers and activists see the court opinions as steps toward a potential ban on the practice.

That will be rendered moot if Trump gets reelected, which means he (or Pence) will almost certainly get to pick Ginsburg's replacement on the Supreme Court. That's bad enough, but she might not be the only Justice likely to retire or expire in the next four years.

In any case, don't bring your phone with you to the riot.

The godfather of spying Google

Buy? Perhaps one in the same ?
But they dont technically need to spy since that patriot act garbage and whatever it became(the against Americans act i think)
Sad but after September 11 we lost too much. Just gave it away