My son has been to Eugene and bought shrooms there. However, they appear to be grown in straw and picked after the caps are well up. Not real potent. Its great to make some money on the side but all that energy into something "built on the sands of time". Perhaps this guy should put his energy into a legal shroom that he can profit from year after year. I'm speaking from experience.

and don't ever underestimate
the potential for plain old bad luck taking you down.
murphy's law still applies,
whatever can go wrong,
will.
grow lights can start a fire while you're gone,
some fool might crash his car into your house, revealing that secret lab,
a package might rip open in the mail machines,
etc.
many go wrong because
they only focus on successful outcomes
and neglect planning for worst case scenarios.

Hip you're so wise, you're like some gnarly old buddha. :love:
Absolutely right about this; anything can happen, at any time.
I think anyone that has any size grow op, should examine it carefully.
Find any minor faults, even if it's a long-shot of happening,
Before they find you.
I'm a big believer that a little paranoia never hurts.

being a little bit paranoid
is how one lives free long enough
to become a 'gnarly old buddha'
:bow:

Why is it you are always being compared to yoda, hippie? Hmmm? ;) 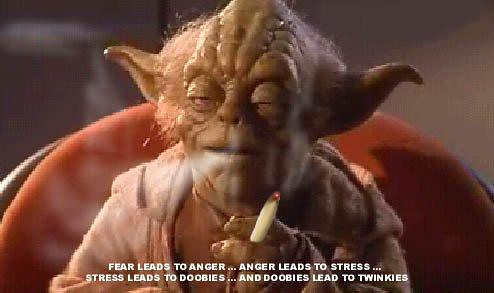 spores to produce up to 15 pounds of hallucinogenic mushrooms.
damn there good at math. I though spores were legal because they dont contain the magik yet. all of those spores and not one magnifying glass? so does it count as a drug deal if the cia/dea sells to another country? "its not a war on drugs, its a war on personal freedom"
bill hicks

Just wondering, did this guy get busted for receiving supplies in the mail (i.e. 2000+ jars) or for mailing dried mushrooms himself?
Is a bunch of jars or substrate really enough evidence to bust someone?

I am paranoid as hell.. but I wish my paranoia was more efficient.

I dont know but would " Police find 2,300 jars of hallucinogenic mushroom spores" be more like an infinate ammount of potential mushrooms? rather then the few thousand pounds the police said.

Not enough facts.... and i'm way late. Sorry to bump but i felt like ranting.

uhm.. couldnt 1 spore print produce up to 15 pounds of mush?

1 print could produce a few hundred pounds fairly easily
if not much more.

I wonder whether cooking the product into something does do a good job of disguising it. Funny I started reading this post today, I was just considering making a batch of cannabis chocolate chip cookies and mailing to a buddy for his birthday... haha i'm not so sure about that now.

As for the news' report on this- first off, "A Eugene man has been arrested after police found thousands of Mason jars containing enough spores to produce up to 15 pounds of hallucinogenic mushrooms." Sounds like a conspiracy arrest to me.

"Police say the spores would be able to produce a mushroom crop every 40 days or so. " Haha what is this? a flush? one full turn of every single jar? good lord, if i had 2300 jars i'd hope they'd be fruiting at different times...
"Eugene Police Sergeant Jerry Webber says a pound of dried mushrooms can sell for up to 500-dollars." Wait a minute, am I getting ripped off? 'Round here a pound goes for wayyyy more than $500... you?

"Webber says the drug is pervasive in Oregon. Authorities in several southern states have recently intercepted packages of mushrooms coming from Eugene." The article doesn't say the goods were being shipped south from Closson, just from Eugene, OR.

Funny I started reading this post today, I was just considering making a batch of cannabis chocolate chip cookies and mailing to a buddy for his birthday... haha i'm not so sure about that now.

Mushrooms don't set off drug dogs (at least not yet, mabye not ever) so cooking them or hiding them is more effective than trying the same with anything cannabis-based, which dogs readily detect unless special measures are taken.

First of all, if his shrooms were unauthorized, does that mean theres authorized manufacturing?

Yes, Paul Stamets had a DEA grant to grow them, and thanks to that we got his books filled with specific info about the Psilocybes. So, thank you DEA! And there are new studies being done with psilocybin in the US, and the researchers have to get them somewhere...but don't go applying for one of those licenses just yet!

"Police say the spores would be able to produce a mushroom crop every 40 days or so. " Haha what is this? a flush? one full turn of every single jar? ...if i had 2300 jars i'd hope they'd be fruiting at different times...

I don't think the cops or the reporter were going to go into an expose on the finer points of cultivation in an article, and frankly shooting a BRF jar with spores should give you a flush (or two) by day 40, so it's not really an inaccurate statement. With that many jars to attend to (and my own experience of attending to a mere few dozen) I'd sure want them to flush at the same time if it was just me running the show (and that may have been his downfall; how many people could handle 2300 jars at a time by themselves?!?). Otherwise, you'll spend a good portion of every day messing with them, and having no days off is not the goal of a drug dealer.

"Eugene Police Sergeant Jerry Webber says a pound of dried mushrooms can sell for up to 500-dollars." Wait a minute, am I getting ripped off?

Even finding a half a pound available where I am is difficult, if not impossible, which is why I got into growing my own in the first place. I have no way of determining what a pound would cost, since they just aren't available in those quantities from anyone I know. Being "ripped off" is hard to determine- did someone else do all the work, and take all the risk to get them to your area? I'm happy to pay 100 to even 120 bucks a quarter for the very best buds, but paying that in Northern California would be a borderline ripoff, so not only where you are but who you know determines what you pay.

Talking specifics about prices and such is not allowed around here, and though I realize you weren't being specific enough to break the rules as I understand them (I may be wrong), that statement was right on the line. Just a friendly reminder for the future...

How's that for ironic? Friends of mine who attended southern colleges (late 80's-early 90's) used to bring trashbags full of cubies to parties all the time. Paying anything for mushrooms was laughable, and attempting to charge for them would get you run outta town. I was shown a picture of about 6 Auburn sorority girls (wearing pink shirts with greek letters and all) all staring at the ground in a pasture looking for, like, shroomies! Bright pink shirts, no sense of "Hey, we're trespassing and in possesion." My friend, who was wearing camo and had finished picking before they arrived, took the picture from the edge of the pasture and still hasn't stopped laughing (that was 1991). But times changed, and now the south imports mushrooms?? Sad.

If you live in the south and grow cubes, make prints on your shoes and/or pants and go for a stroll in a pasture- reintroduce the mushrooms and tell those $500/ pound folks to go sell 'em elsewhere!

the price is not about abundant supply
but more a reflection of legal costs.
no one with any sense
commits a felony
for chump change.
:reb: