44 replies to this topic

I've had a full beard for the last 7 or 8 years. 3 days ago I shaved it off as I learned to do in my youth because my life situation has changed. This decision is between G-d and I, May he forgive my vanity!

Today I shaved the stubble again, but the shadow of my beard still remains!

I implore you, Men of Topia! How can I remove all traces of my beard? I used a brand new razor, oiled up first, shaved with the grain, then against what was left. My face feels smooth as a newborn's bottom, but the shadow of my beard mocks me in the mirror and the camera lens!

I've spent 13 years behind a retail counter, viewing the innocent cheeks of Gentiles who shave every day. They do not have this shadow of a beard; how can I attain their clean prepubescent look?

Fuck you indeed sir!  You have committed an unnatural act, for which you shall surely burn forever.  Your curse shall be known as, "Nixon chin," and either you will repent, or walk the world in shame.

The world has fallen into a low state indeed.  When I used to walk the streets in the cities, youthful men would come up to me and say, "Dude!  Check it out.  ZZ Top!"  In these dark days I am approached and pointed at with the terrible words, "Hey man, Duck Dynasty!"

These are surely the last days of Earth.

you're probably going to have to be reincarnated.

it's probably a compensation for some other bodily feature.

...
In these dark days I am approached and pointed at with the terrible words, "Hey man, Duck Dynasty!"

These are surely the last days of Earth.

Terrible words indeed! I have faith though, that we are not witnessing the End Times, but a new Renaissance. From the ashes a new world shall be born!

I regret this rash decision already.

My cheeks feel slimy, the summer wind blows across my unprotected skin & chills me to the bone. My hand moves of its own accord to twiddle my moustache while I think (or worry) and finds nothing to diddle...

I am lost, utterly lost!

And yet, I remain committed to my baby-cheeks for the next six weeks. I have always told the smooth-cheeked acolytes in my sphere who attempt to grow beards that they must not touch their "proto-beard" for 6 weeks. After 6 weeks a trim and/or shaping is in order, but never before.

Certainly the same is true for us heretics who flaunt the Law and remove our beards. Perhaps I just need practice with the unholy razor or the advice of an unholy Barber...

Pray for me, bearded saints of Topia!

Advise me, shorn saints of Topia!

This is the funniest thread I've come across in a long time!  I wish I could add to it but Im laughing too hard.

Ah yes, the dark haired shadow. This is the bane of all drag queens. I should know. (My sordid past sneaks out)

Your only solutions are hydrogen peroxide aftershave, or lots of covergirl  concealer. Or you can just wait until you are my age and it all turns white.

In all fairness Phin, use of hydrogen peroxide and some sun, (be careful, that skin has not seen pure ultraviolet for a while) will lighten the hair a bit. As your skin tans a bit it will not be as noticable.  But dark beard hair will most always show some shadow. Who cares, the chin and smile look great.

And for the record, I will bet you decide to grow the mustache and at least a goatee back within a month of doing the daily shaving ordeal.

Ah! A saint appears to advise!

I've got some concealer sitting in a box somewhere from my days as a goth-kid. I wish you could have seen it... Wavy Chin-length dyed black hair, bone-white foundation (from Vampire Cosmetics), dark purple lip color, sparkly black eye shadow & liquid liner with 2 teardrops drawn under my right eye. Leather pants (I was in much better shape then), white oxfords, and a full-length purple velvet cloak that I made myself with a red satin liner... (my sordid past sneaks out as well) ;)

Side note: The closest I've ever come to a bar-fight was when I was playing pool in a rural Iowa bowling alley in the getup described above and heard a guy at the next table say, "Look at that faggot. What the hell?

I stood up from lining up my shot, turned to him, and said, "Excuse me?"

He squared his shoulders and walked into my personal space before saying, "Are you gay or something?"

To which I replied, flexing my fists on the pool que, "I don't see how that's any of your business unless you want to blow me."

My hands shook as I took a drag off my cigarette and stared him down. I realized this was a guy I had been selling Marlboro Reds to every day at my gas station without makeup for months. Every time I saw his car pull up I grabbed his smokes & had them ready, he didn't even need to ask for them; he and I were "over-the-counter friends"... He stared back for what seemed an eternity and returned to his pool table without a word...

I turned around to see my buddy Xandar (pseudonym - he's as straight as they come) standing at my left shoulder holding his pool que at the ready. I had no idea he was there...

I was unaware that such a thing as peroxide aftershave existed. To Sally's Beauty Supply where I still get 20% off all purchases! *sound the trumpets*

As for moustaches and goatees, my face can handle neither. My moustache is naturally a "Hogan," which I cannot abide, and my face is so long from top to bottom that a goatee accentuates it and makes me look like Lucifer.

No, for me it is a well-groomed stubble beard (4-7mm) or nothing. If I want to be clean-shaven I need to figure out how to remove this shadow. 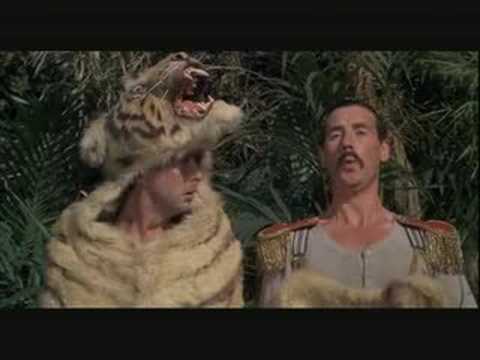 Prolly not a good idea to say exclaim, "fuck me, you guys!"  At least not at the pool tables.

The wife says try some Nair and it will take a few days for that stubble to come back lol. I recently shave for the first time in about twenty years, and got absolutely "0" good comments so went back to a beard. I agree the shaving process blows. I dry shave for the best effect. It seems if I use shaving cream it burns my face more??? WTF ever, it seems t be the only way for me to get a decent shave is dry with no lube lol. Just like life!

BTW, I dunno what the hell I did to make my text italics so I guess I am stuck with it for a while lol This computer is getting quirky in it's old age.

*EDIT* Coopdog posted while I was typing so this post will look a bit out of place. The bearded guy at the liquor store today said, "You shaved your beard!" not "It looks good!" Seven years down the drain... Nair might do it, I have some in the medicine chest for ...other hair... Thanks for the help Mrs Coop!*EDIT*

Allow me to remind you that Iowa (where I grew up but no longer reside) was the 4th state to legalize same sex marriage, and by Supreme Court decision at that. Not a bullshit referendum that got passed and then reversed and then passed again...

The Court looked at the State Constitution and the current marriage forms and said, "Hey, wait a minute! These forms should say "Partner 1" & "Partner 2," not "Husband" & "Wife." and that decision has stuck since 2009...

Yes, it is still dangerous to be "out" in the rural parts of Iowa where I grew up, but now if one gets beat up for being queer it is a hate crime.

When I was managing a gas station in metropolitan Iowa in 2009 the Company tried to tell me that I couldn't wear eye-liner because I was a man. I told them, "It makes my eyes pop and gender identity is a protected status in this state now. Go ahead and fire me if you want, but you'll hear from the ACLU & pay me a big fat settlement." They backed down & allowed me to wear makeup at work.

I should note that I am a straight male, my Associate is a straight female, if that makes any difference. It was Iowa's governmental decisions years before I met her that allowed me to learn this about myself without shame.

To quote a very dear friend of mine, "If you don't know if you're gay or not you won't know until you've sucked a dick."


I really just wanted some advice on how to get rid of all my beard... Surely there's someone on Topia who had a dark beard for a few years and then shaved it?

Get out in the sun a bit, hell it's summer!! If you tan your previously covered shaved area it will not be so noticeable.  I shaved my head once, and it took a week or so to look normal since the whiteness of un-exposed head or face with stubble makes the stubble more obvious.

I live in Iowa and yea there are some homophobes around
but only cause they hate whats inside of them.

my grandson is gay and I love him, when he came out @ 15
all I said was  I love you and hugged him.

I have an adopted son who told me he was gay 10 years or more ago ,
I said I don't care I love you. he told me about being bullied and I told him
show me who and I will kick their ass....... he knew I would but he was pretty tough himself.
a badass but did not want the trouble as I tried to teach peace but there comes a time
when you have to have a guys back..

you got a good friend PC

Perhaps I'm bitter, as we monosexuals continue to be under the social and legal radar.  As a monosexual man, I have had beards, been shaved, had long and short hair.  But, through it all, I have had me.  Having to deal with the cohabitaters and their bigotry; "why don't you get yourself a nice woman?"   Fuck that, I like the furniture where it is.

That's what I needed to hear Alder. I knew I just missed your joke (*EDIT* "Tigers, in Africa?" *EDIT*) and forgot that I barely understand your identity. I didn't know it existed until I met you. Forgive me for not considering it before I responded with vitriol...

Plus to that, I have committed the cardinal sin of shaving my beard. I will bear this "Nixon Chin" for six weeks as pennance. ;)

only solution to a beard is a wax , very painful I hear.
be careful they don't rip off your face.

I my self wear a beard most the time . long hair braided, golden blonde.

...before I responded with vitriol...

No thanks, man.  I don't use that brand of hair tonic.

I think monosex is the wave of the future.
my girlfriend does not agree but I don't want a heart attack.
she says what a way to die but I say I don't want to die.

mono is good by me, what ever gets you through the night.

It's just part of my non-dual thang.  (Thinking about having one ball removed.)

I only 'liked' this, when really I loved it.  Totally cracked me up.